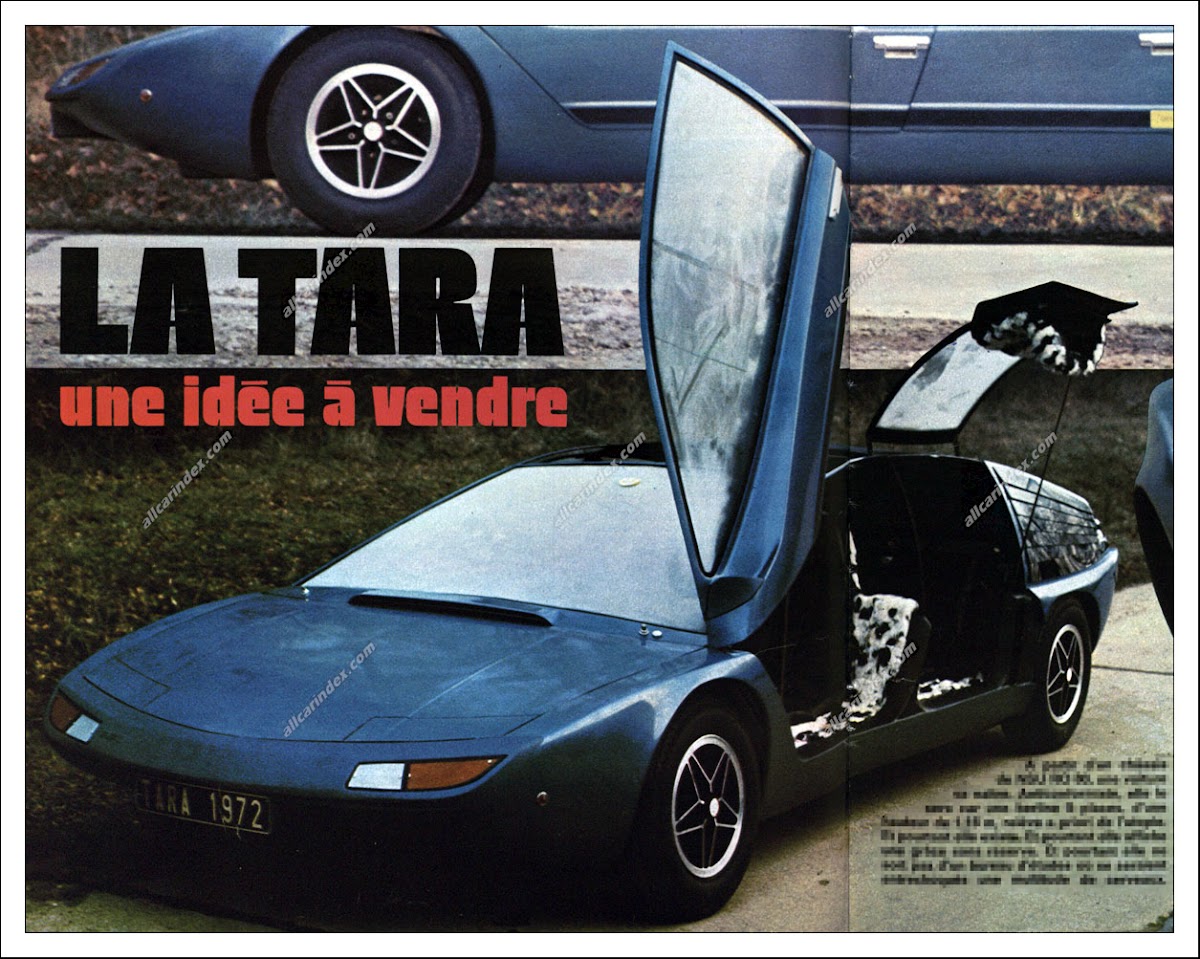 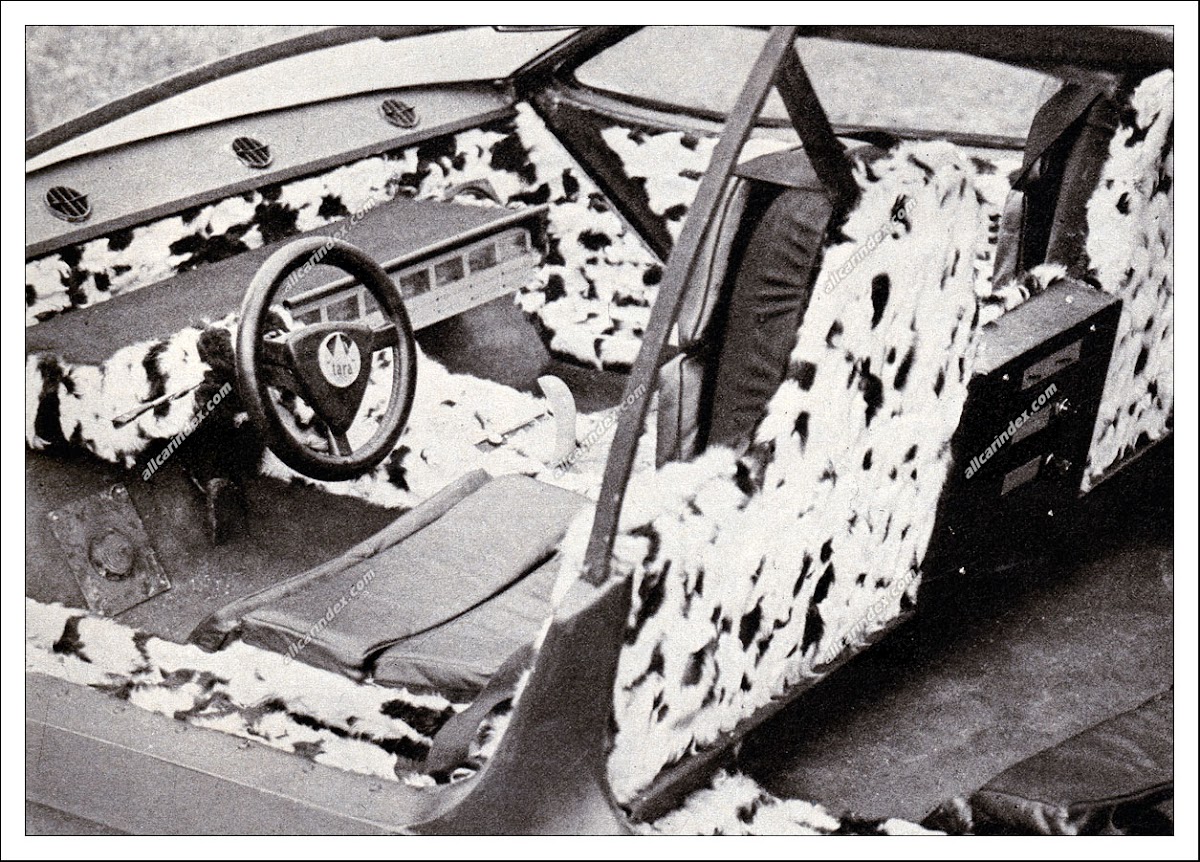 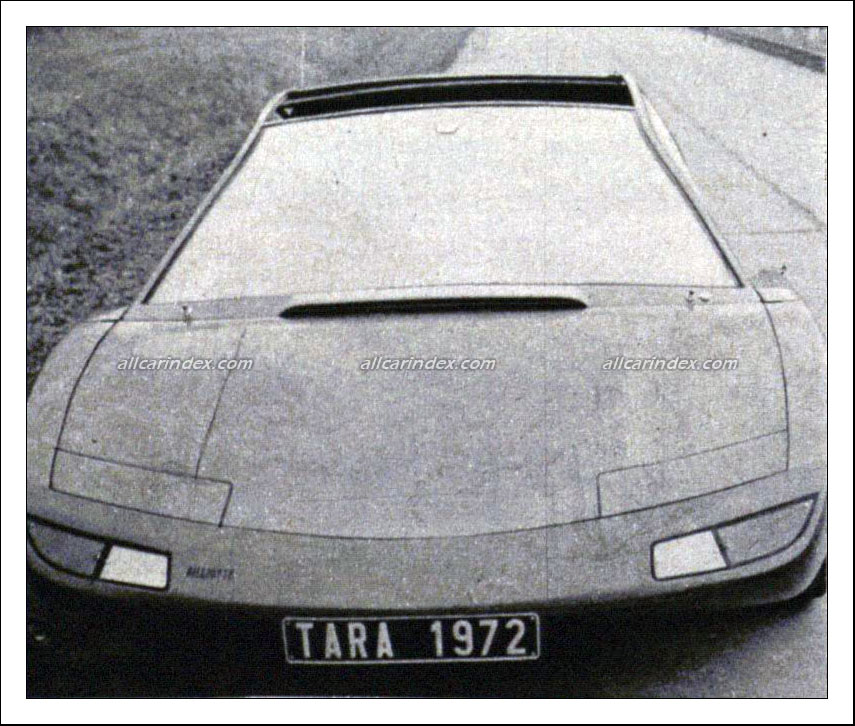 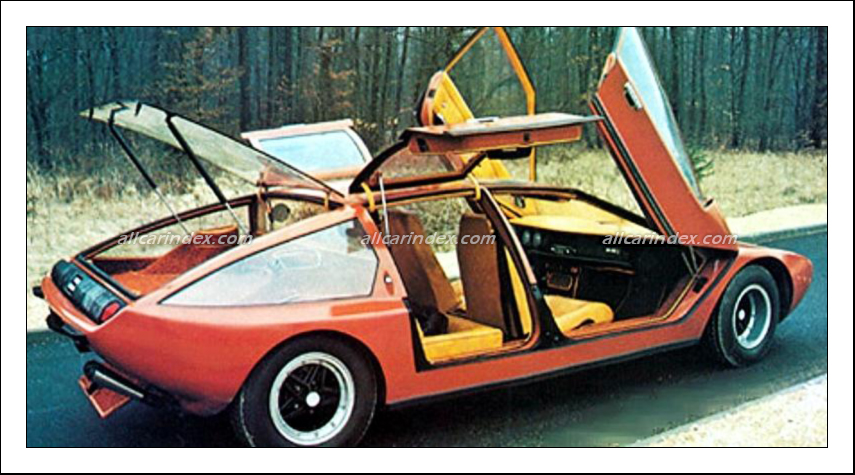 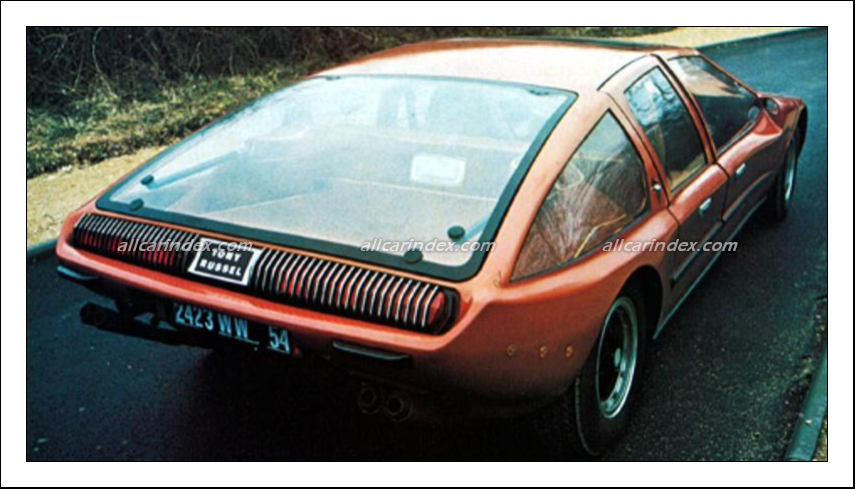 In 1971 a young 21-years old enthusiast mechanic Dominique Billiote from Genicourt-sur-Meuse presented the Tara prototype. A very low sporty 5-seat prototype was his second design. The first one he did in 1966 was based on NSU 1200 while the Tara used NSU RO80 as a donor for a rotor engine, transmission, steering and suspension. Automobile featured much unique door design. Its front scissor doors have been inspired by Bertone Carabo while the entrance to the rear seats was given by gull-wing doors. A sleek design was rather nice but much unpractical. Even if the car had seemingly large windows, the sitting position was so low that the knees almost touched face, not even talking about visibility from the driver's seat. It might be forgiven given the fact of builder's young age and an early stage of the prototype.

Dominique Billiote had a target to secure funds of 150,000 French francs to start a small production of the Tara at a price of 70,000 francs (~11,400 euro). Since he was working virtually alone on his project, an estimated production period of three months for a customer car looked much reasonable. Moreover, Billiote's father was running a sawmill at that time, however, seemingly he did not have much interest in this project and the proposed production never started since the futuristic-looking Tara project was discontinued. For the next 8 years!

A man named Tony Russell took over the Tara project in 1981, renamed it as Nancy and modified it as his "own" design trying to delete Dominique Billiote completely out of history of this car. He repainted the car, added some cosmetic changes and reworked the interior. He even thought that Porsche would better fit for the Nancy than the outdated Wankel engine, but this did not happen. Even further, there is unconfirmed information that the world-famous Swiss designer Mr Franco Sbarro modified the Nancy. Anyhow, Tony Russell, obviously, did not find any takers for this Tara/Nancy design - neither customers nor a company to build it. This meant a quick end for an interesting double ID design which went into a total oblivion. There is no information if the Tara/Nancy still exists. Does it?

P.S. Dominique Billiote did not finish his activities with the Tara. In 1976 he put even two models - Zyfyz CAR and Zyfyz Set - on display at the Paris Motor Show!