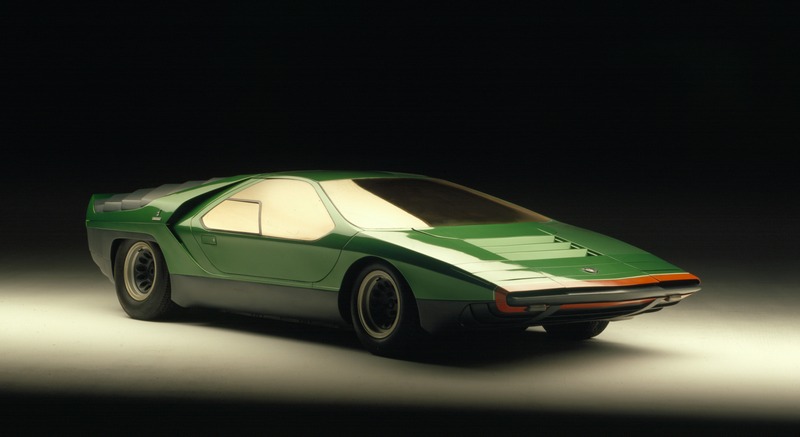 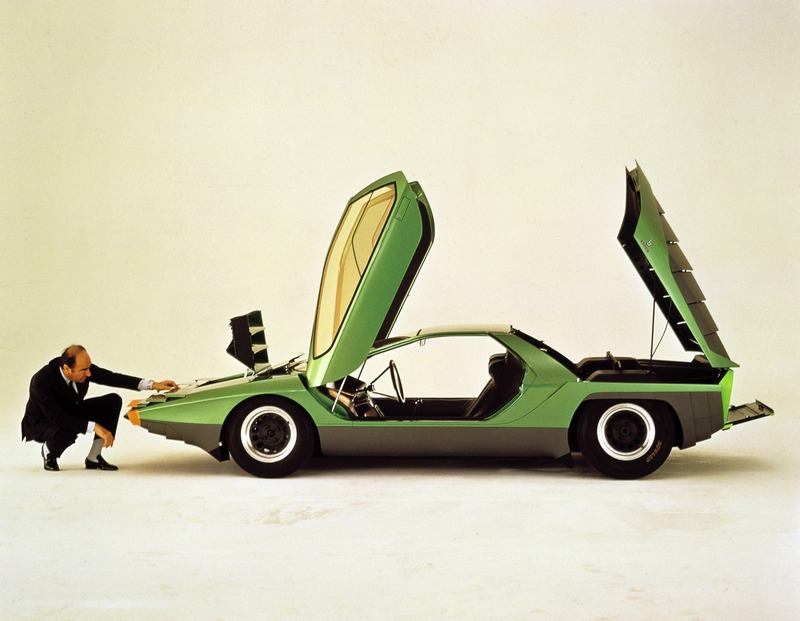 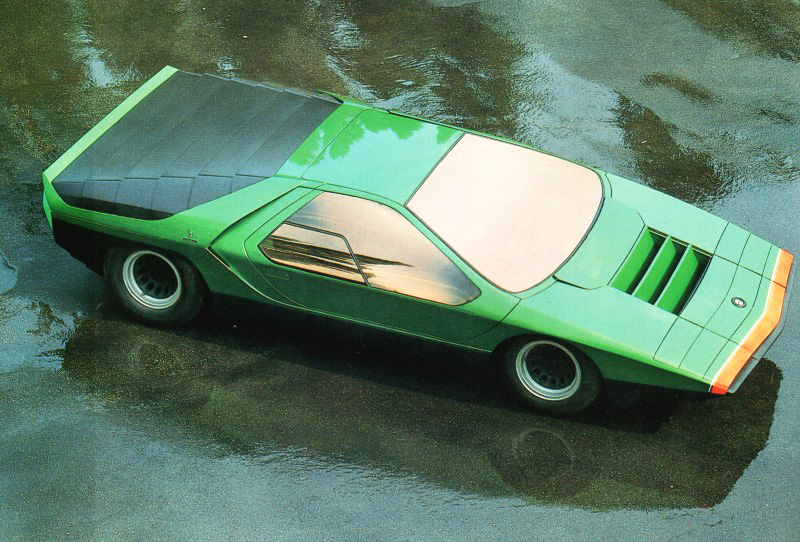 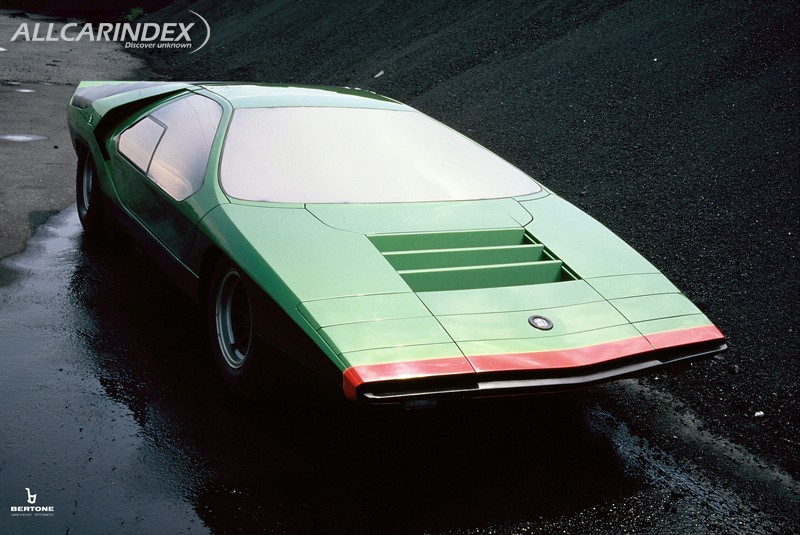 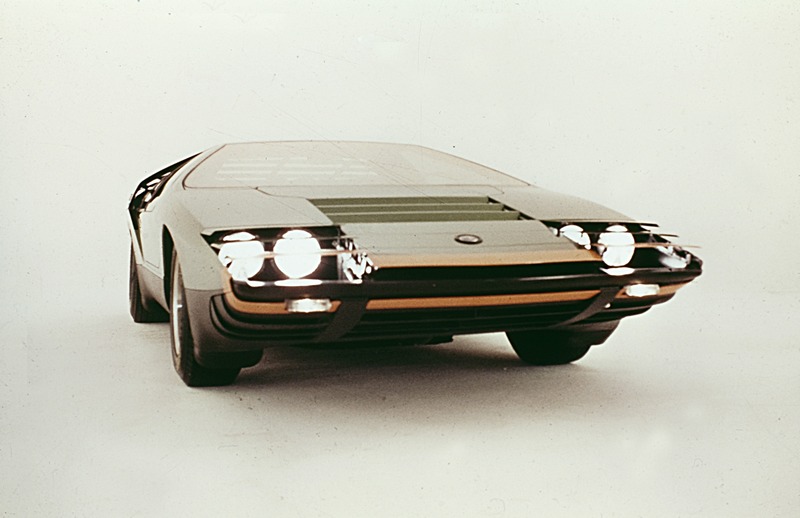 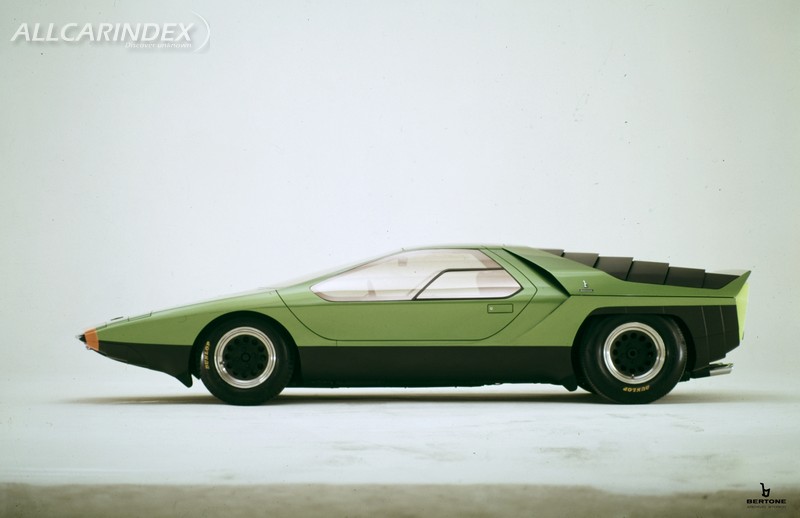 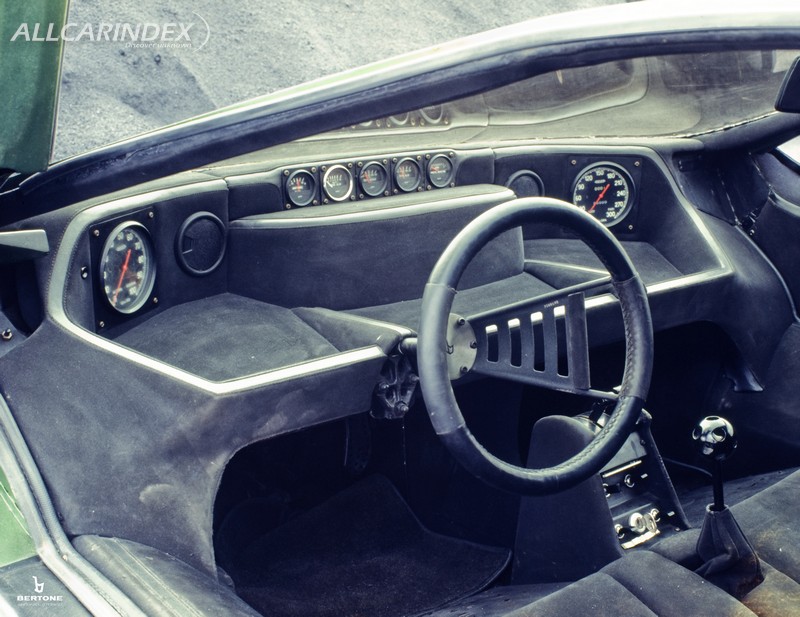 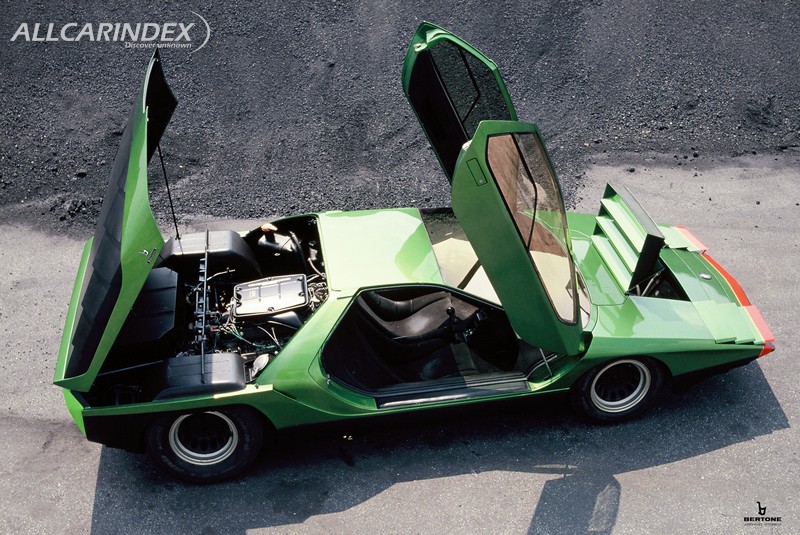 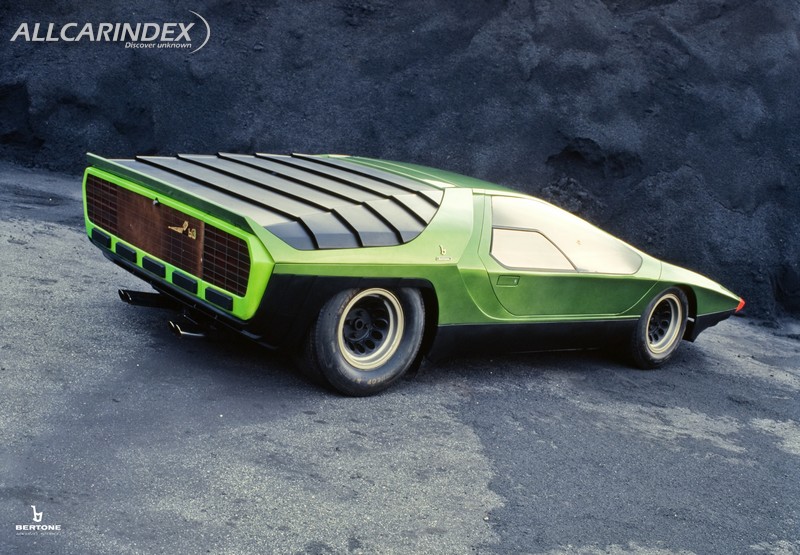 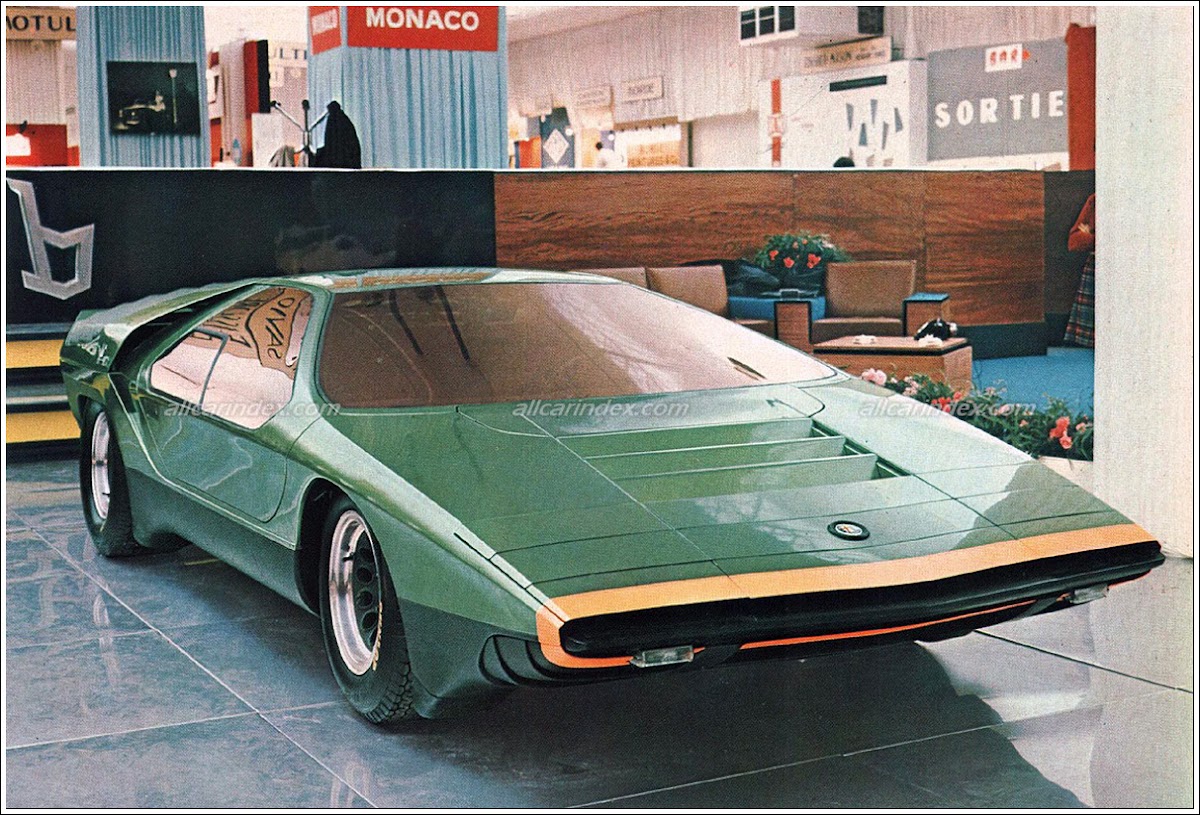 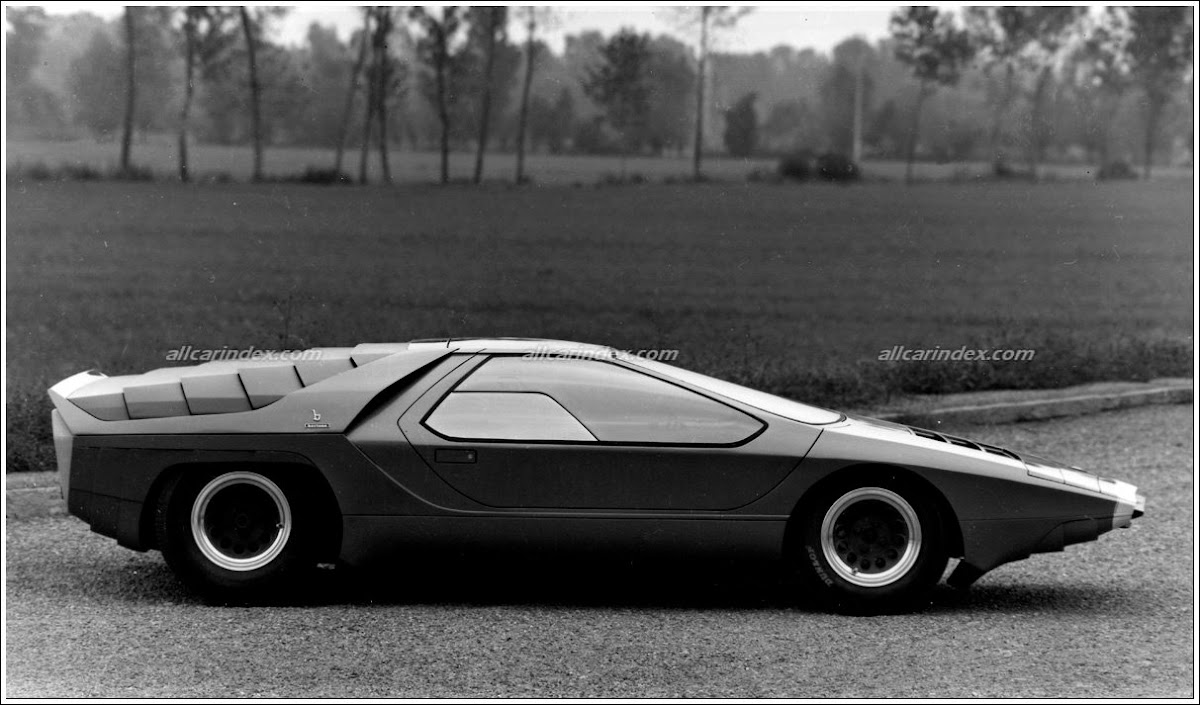 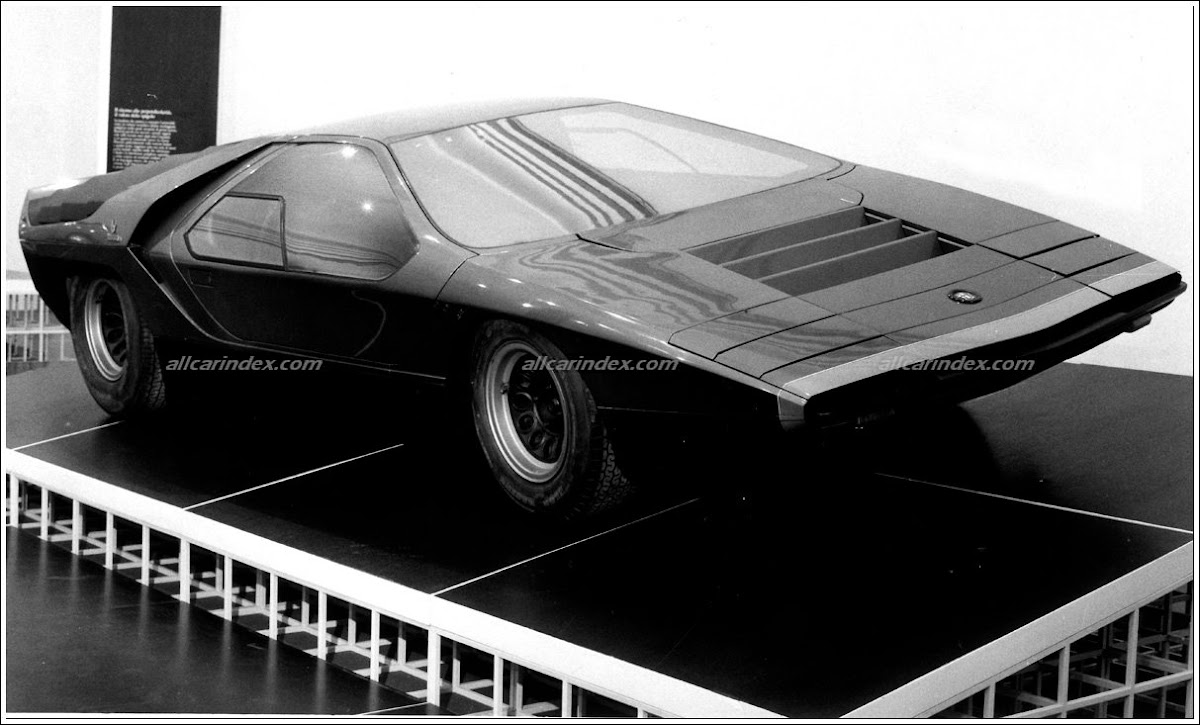 At the end of the 1960's Bertone focussed his creative energies on prototypes. The Turin designer's creativity and daring reached its peak in 1968 with the Carabo, which was presented at the Paris Motor Show in October. Built on the Alfa Romeo 33 chassis with a centrally-mounted engine, it became a style classic, known for its creativity and original features, some of which contribute to its legendary standing. Design features like its tight lines, tapering front blending in seamlessly with the windscreen, and the air inlets and outlets. And the original door mechanism, with doors opening upwards and forwards (a concept which reappears on the production Countach), and even the novel colour: iridescent green like a beetle (hence the name Carabo, in Italian, a type of beetle). The result hit the headlines all round the world, and not just in the trade press, and the positive feedback was unanimous. The Carabo was Bertone's bold but aesthetically and functionally valid vision of the sporty car of the future. And the use of new materials and novel construction techniques means that this concept car was something more than just an exercise in styling.

The Alfa Romeo Carabo was the undisputed star at the Paris Motor Show of 1968 at which it was introduced. The reasoning on the aerodynamic coupe, started twenty years earlier with the BAT family, here reached its extreme styling consequences. The Carabo presented as a ground-hugging (99 cc from the ground), flat MPV, like a cutting edged wedge. The side panelling emerges from high penetrating front and ends in a strong, squared-off tail, which visually suggests "top" mechanicals (V8 230 hp engine). In fact, the Carabo, which is mounted on the mechanical base of Alfa 33 Stradale, also represents the most fascinating and provocative styling proposal for mid-rear engined berlinettas. Some spectacular construction solutions, such as forward-hinged wing doors, the large air intakes on the sides in the direction of the bonnet, the front headlights protected by adjustable flaps contribute to the inexhaustible fascination of this masterpiece that influenced Nuccio Bertone himself to design, two years later, the unforgettable Lancia Stratos 0. But that, as they say, is another story.