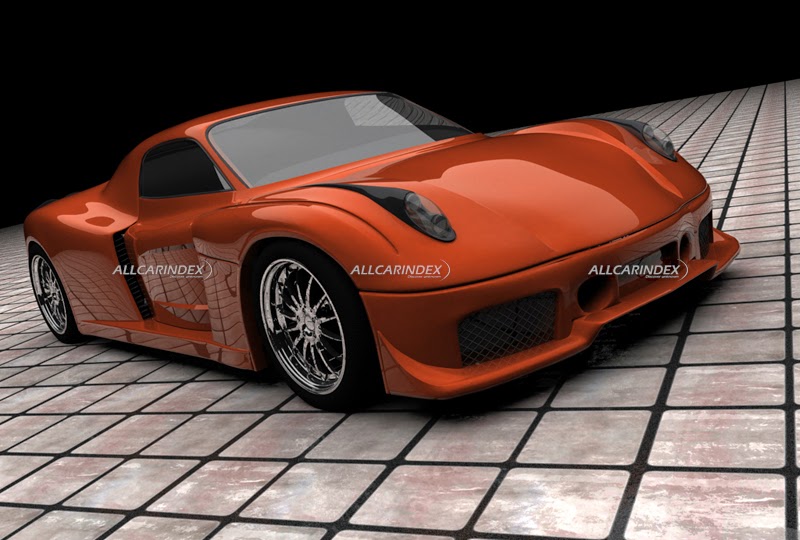 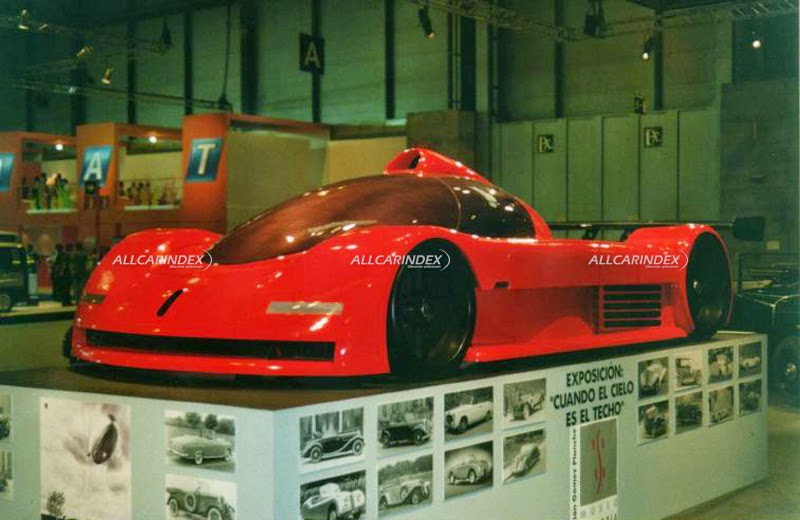 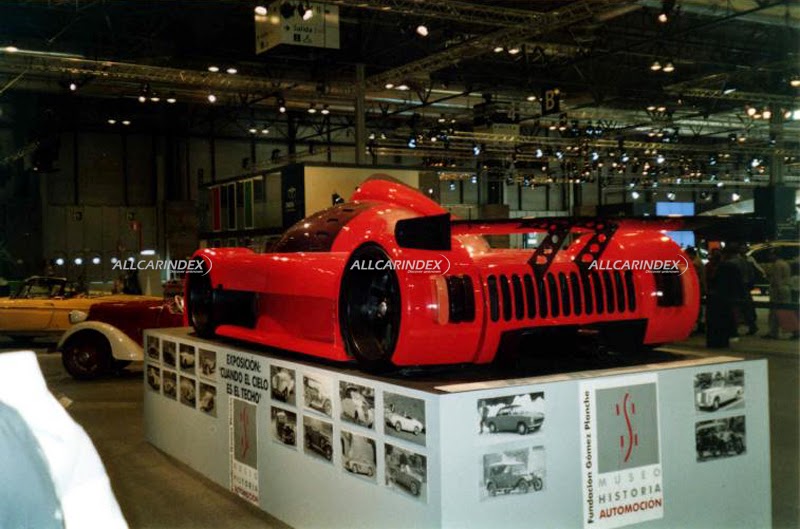 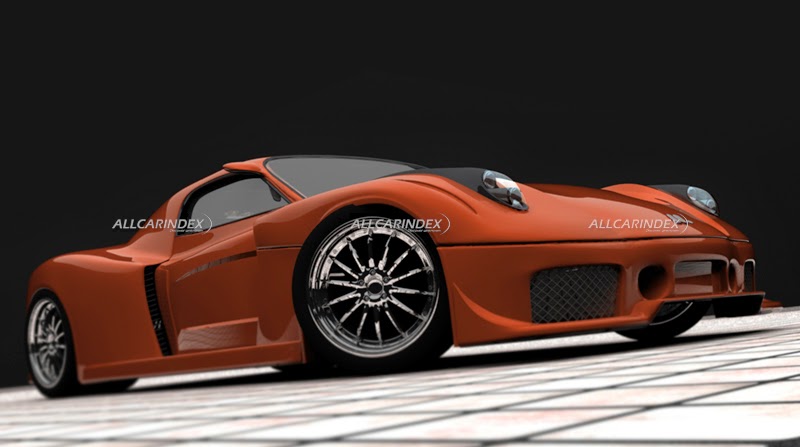 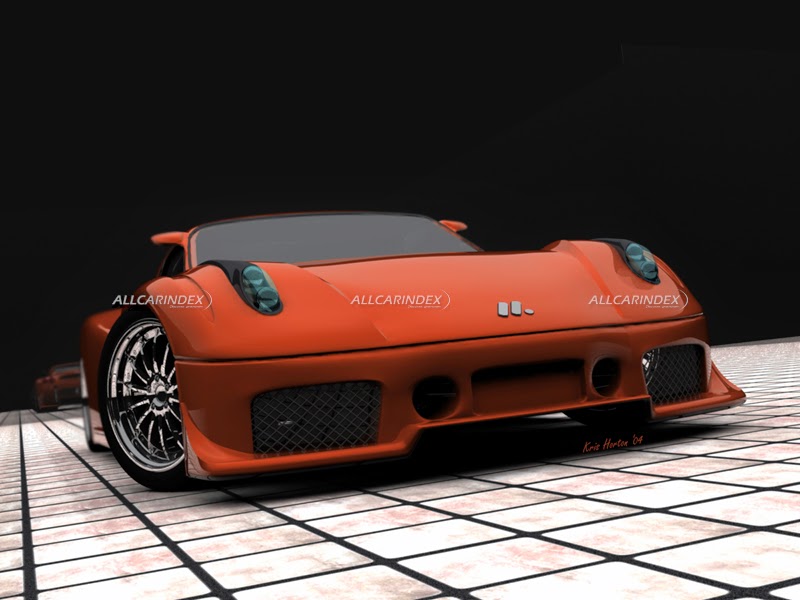 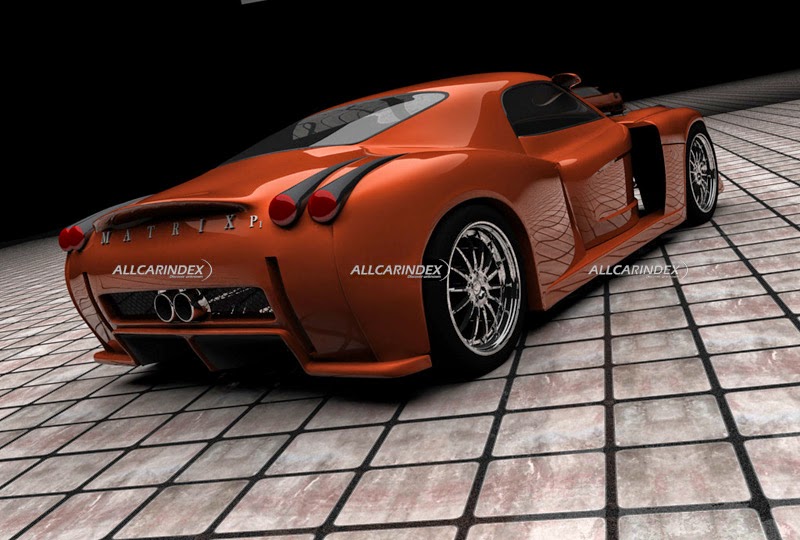 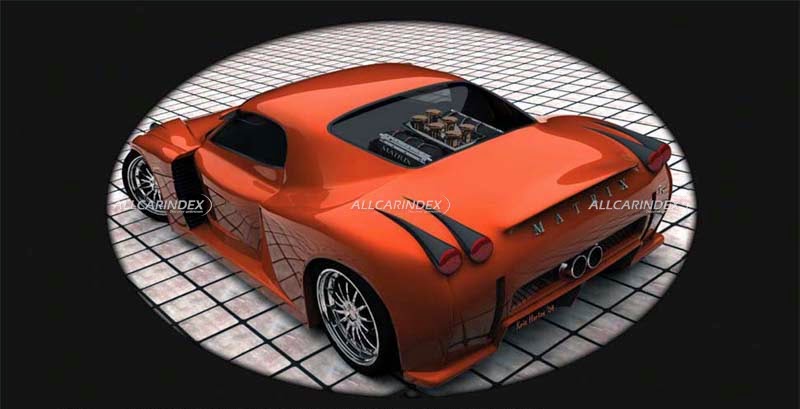 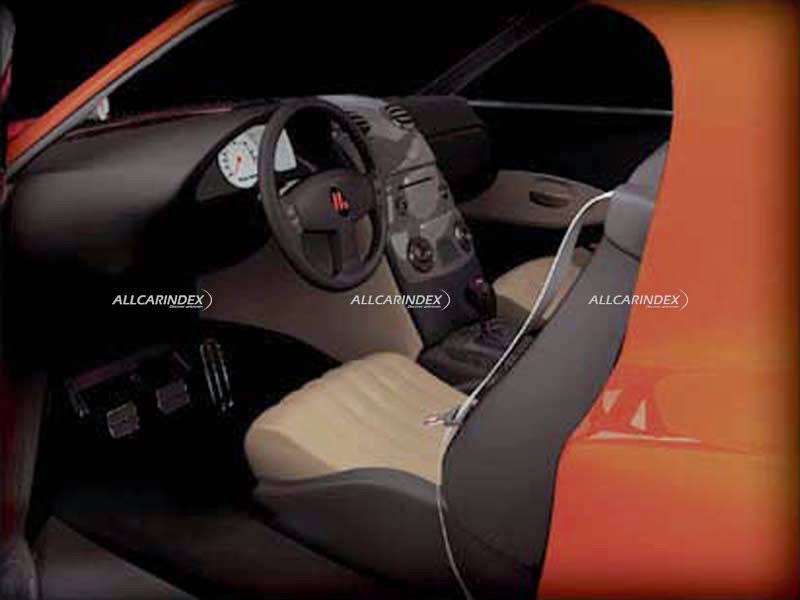 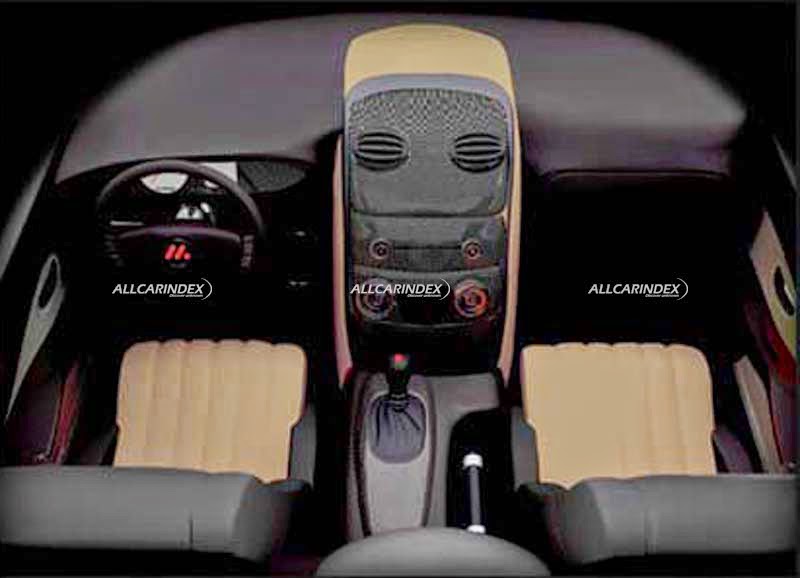 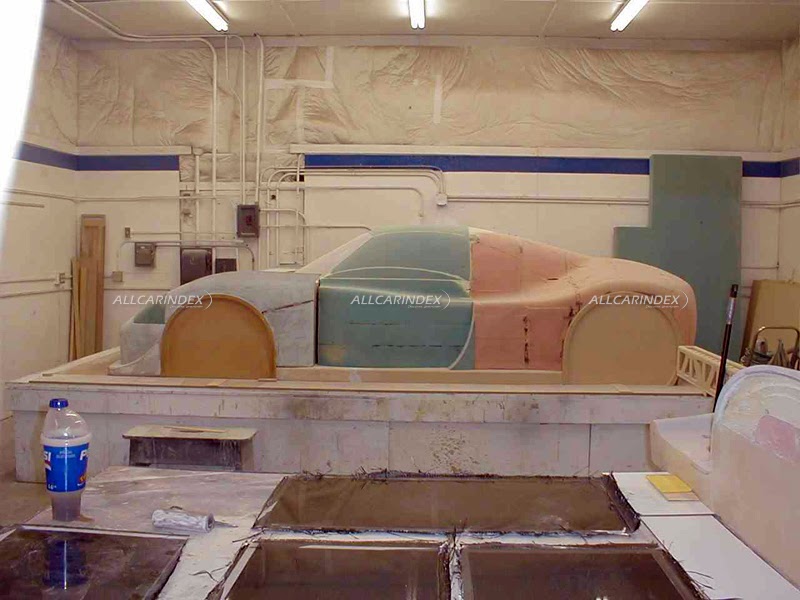 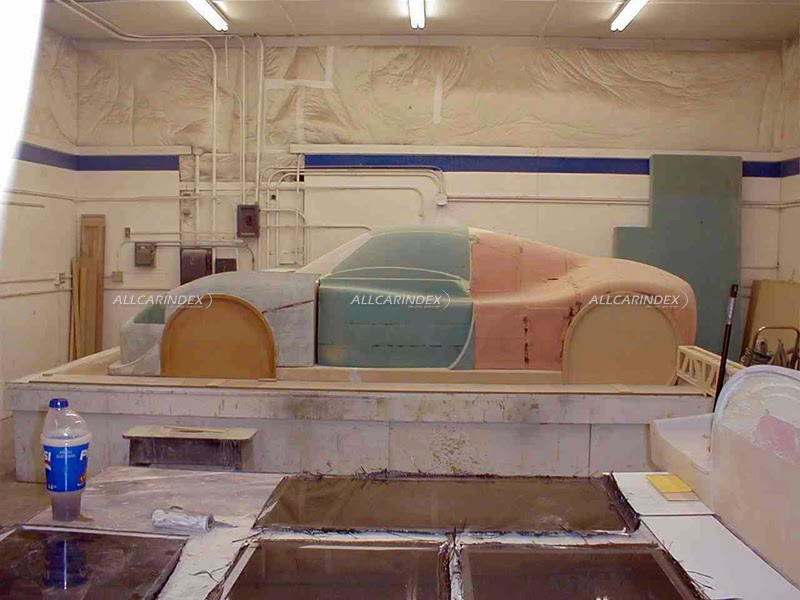 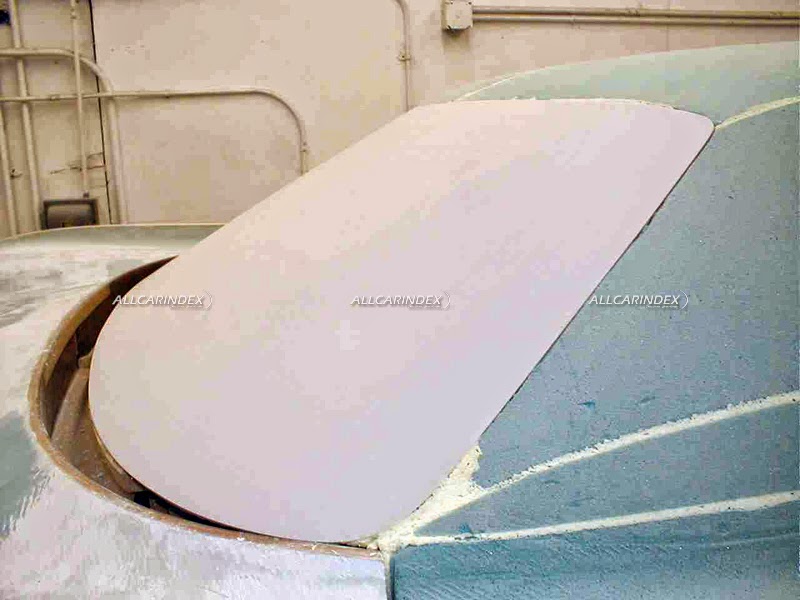 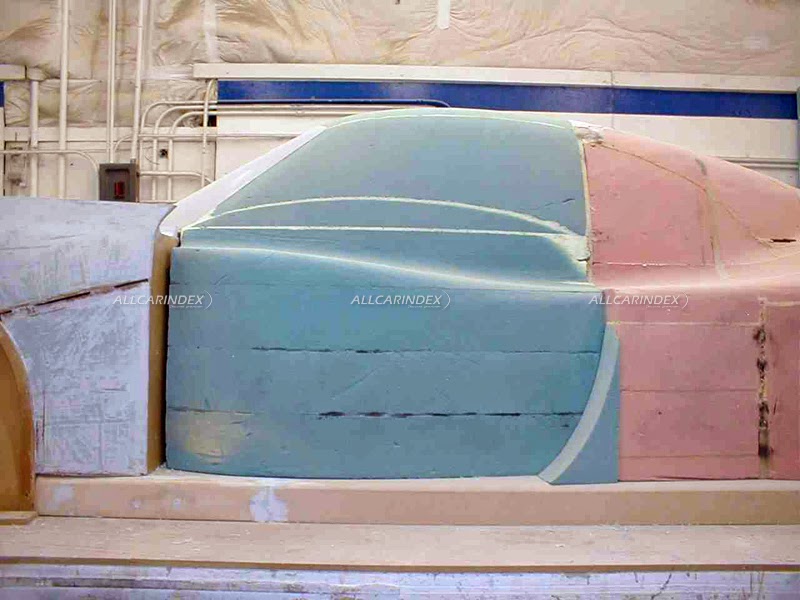 FEATURED - A story of Matrix Motors

An interesting thing about exotic cars is that in most cases they are realizations of all craziest ideas. Usually, their instigator fail at the very beginning. Some of them, however, become bright starts getting all fans and media attention at motor shows and events. Such rare exceptions only prove the rule that the business path in advanced sportscar field is very narrow and risky. This story of a mystery car project described below is not a happy-ending fairy-tale, as well.

It all began in 1994 in the State of California when Matrix Motor Company Inc. (MMC) was founded. Its prime function was two-fold. Firstly, to design and build the finest race car available for the European Le Mans and as a prototype for the American race series and to design and build a desirable and totally functional mid-engine street sports car.

The MMC company was located in Ridgecrest, California. Allegedly, its facilities were equipped with very latest state-of-the-art CAD programs and the latest CNC equipment, including a 5-axis router machine, as well as a dedicated design group for its ongoing R&D and product development programs.

One of the first real-life results of their work was a 1:1 scale model prototype of the mid-engined road-racing car named CL-2. It was put on a pedestal and demonstrated at the Salón de Madrid in Spain. Why Spain and if it has ever been shown in the USA is not known. Also, it could not be traced back which activities did the Matrix company do during the next 7 year period until it briefly reappeared on the news.

On January, 2004 a press release appeared saying that acquisition and management corporation Treasury International Inc. “has entered into a letter of intent to commence negotiations for the acquisition of 100% of the outstanding capital stock of Matrix Motor Company, Inc”. The very same publications gave a brief explanation of the missing 7-8 year period mentioned above:

“During the past 8+ years, Matrix Motor Company has been involved in building and racing exotic racecars and the production of vehicle and accessories prototypes such as brake calipers, uniquely designed wheels and electronics. The company owns several intellectual properties and patents on engines, transmissions, wheel design and other related items. Matrix Motor Company has fielded several cars that have finished in the top 10 at racetracks such as Daytona Beach, Le Mans, France and other such noted tracks. The updated Matrix CL-2 race car is currently being competed in early 2004 and the Matrix CL-3 race car was recently unveiled before a select audience as the next generation race car.”

At the same moment, the MMC company had seemingly strong intentions to enter exotic sportscar market with its own model, initially named the Matrix SS and sketched by digital modeler and designer Kris Horton. It was supposed to be an original car 100% designed and built in the USA. A public demonstration of the prototype car was scheduled for the Los Angeles Auto Show in 2004. Even an inconceivable price tag of 175.000 USD (~220.000 USD / ~206.000 EUR in current currency) was set for a car which existed only in a form of several renderings.

Very soon after this announcement, the projected car got another name – the Matrix P1. The Californian company then announced that the car will get an ultra modern bodywork and chassis made of the newest composite material developed by Barotex company:

“Barotex has many of the advanced characteristics of carbon fiber such as being very strong and light weight but with the added dimension of greater flexibility to reduce stress cracking of the body in high stress areas. Barotex also has a greater heat tolerance level allowing it to be used safely in extremely high-heat exposure areas.”

Matrix Motor Company was assuring that the barotex fabric is lighter, stronger and more flexible than carbon fiber and other similar materials:

“BAROTEX fabrics are made of fibers currently processed out of mineral rocks of volcanic origin found in mines located through out the U.S. and many foreign countries. These fibers will be produced and the material woven through a combination of Company owned and Joint Venture production facilities located through out the U.S. The fibers together with carbon or ceramic fibers and/or various metals have been developed into new hybrid composite materials and technologies to open a new page in the 21st Century composite material science. The fibers in a non-woven configuration provide a high-heat resistant, sound deadening quality that also has many applications.”

The above rocket-scientific text looks like a great support for an ultra modern, imprudently expensive and space-age technologies-equipped car. Moreover, the company intended a very quick and successful development of their car:

“The P1 will provide national and international interest within the sophisticated automotive industry and demonstrate to the world that such a vehicle can and is being successfully designed and built in the USA.”

Surely, this was a great intention. However, the situation soon went into a great mystery. No car was built and presented in Los Angeles, as originally planned, and again there was a strange silence period from 2004 until circa 2008 when the project reappeared once again.

This time, it was a new “corporation” named Zicron Corp. and located in Chatsworth, California. It was founded and incorporated in 2004 with an objective to bring together various companies marketing similar and/or compatible products under one umbrella. Zicron had two divisions working together.

The first one was named LBR Technologies, Inc. Its core activity was to produce new and innovative super street sports cars for automotive market and race cars for the both European and American Le Mans series. Guess what, the street-legal mid-engined car was now known as the Zicron P1. The second division was the aforementioned Barotex Technology, Inc. The link between LBR and Barotex was the use of the Barotex fabric to make the body panels and other parts for race and street cars.

Zicron outlined new and more specific marketing direction for the automobile and was even ready to publish some technical specifications of the car. For instance, a proposed manufacturing limits were between 50 to 500 units per year and 10 to 30 racecars. This time, a fantasized price tag was not disclosed.

Dynamic specifications were as following:

The P1 was intended for either V6 Twin-Turbocharged (375-400hp) or a normally aspirated V10 (600hp) engine. The power was supposed to be transmitted through either Zicron’s own 6-speed sequential or special 6-speed automatic transmission of an unidentified manufacturer.

That was a very ambitious plan by an unknown company to develop an overpriced supercar. A common scenario noticeable even in the second decade of the 21st century was not a success story. Not surprisingly, soon enough Zicron Corporation’s status was found as “FTB forfeited” and both Matrix Motor Corp. and Zicron Corp. fell into complete oblivion.

Text: ©AllCarIndex.com. No re-publishing without permission!