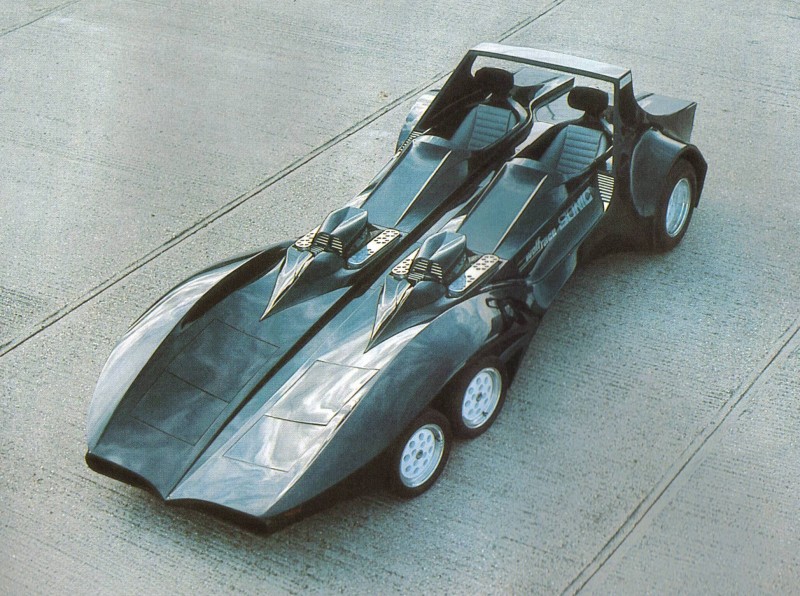 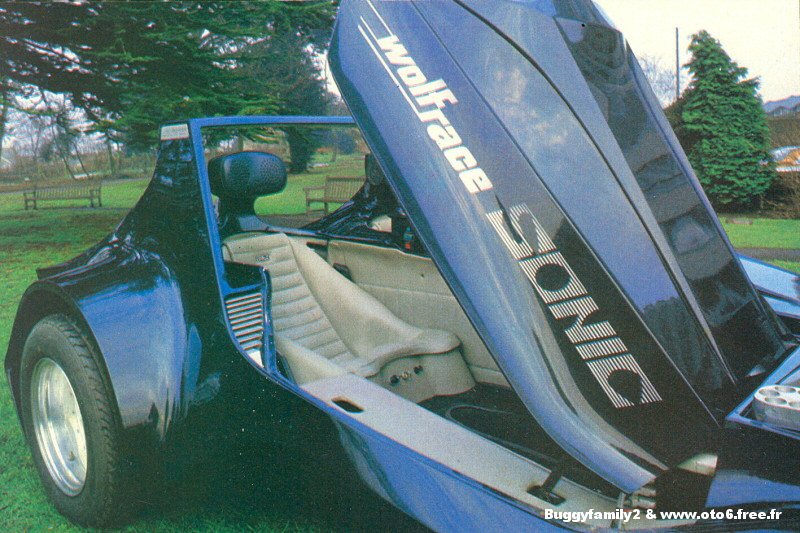 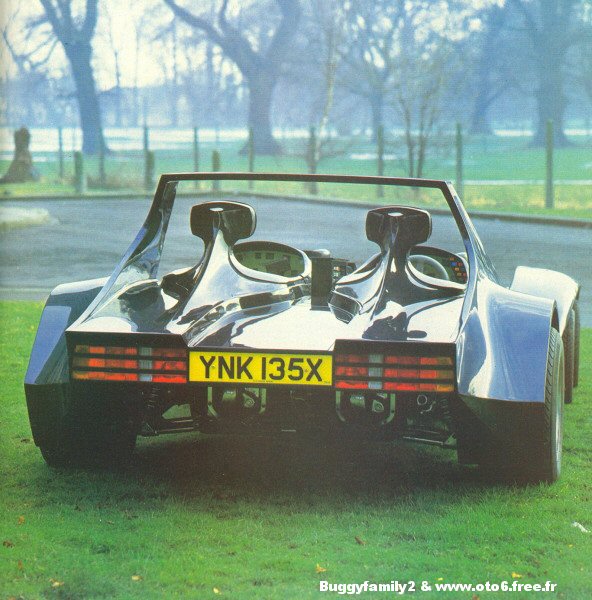 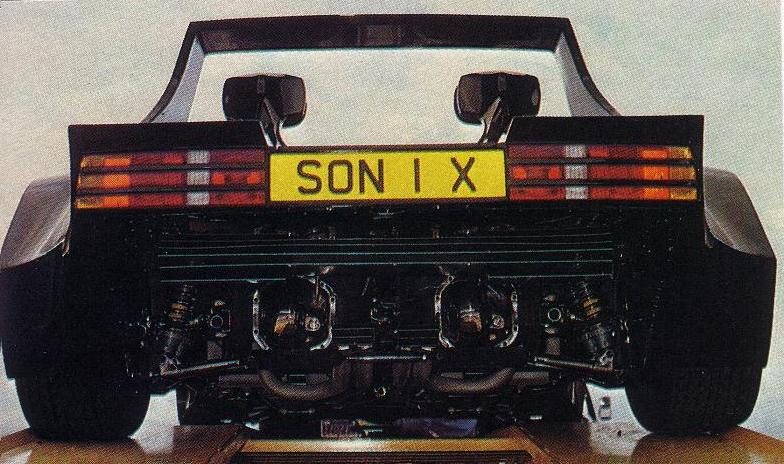 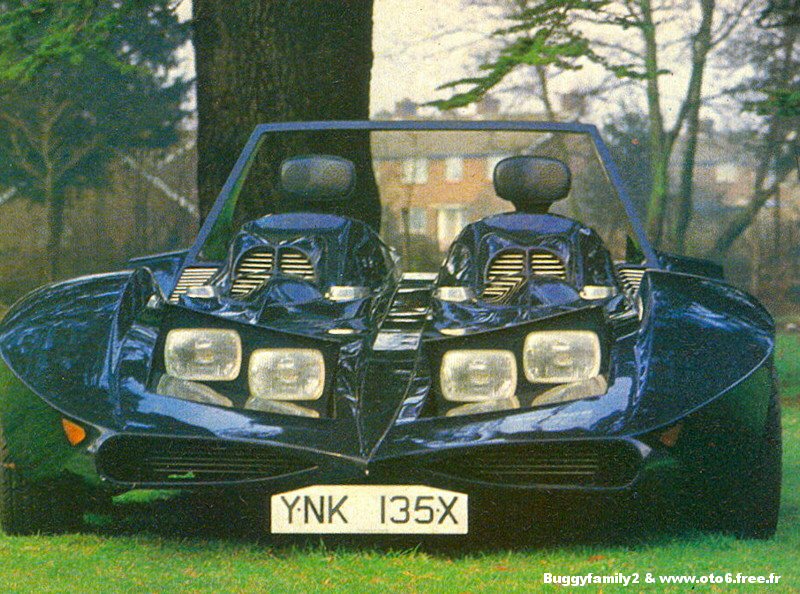 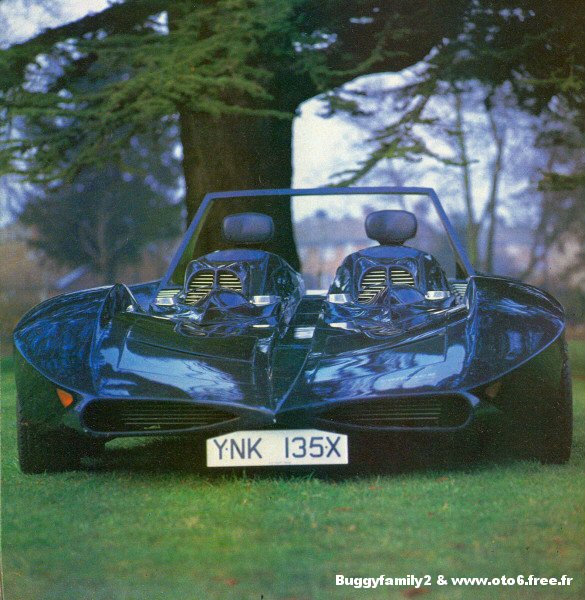 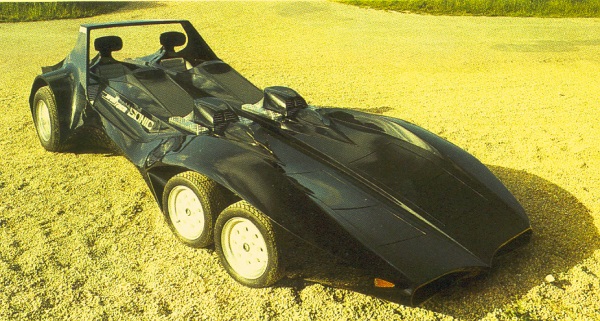 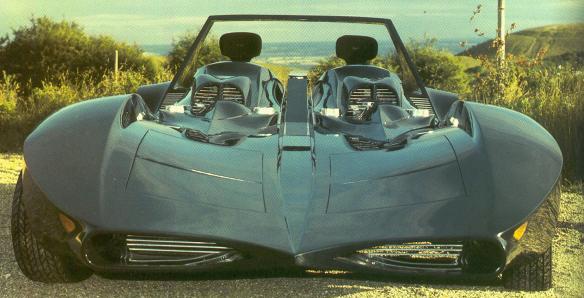 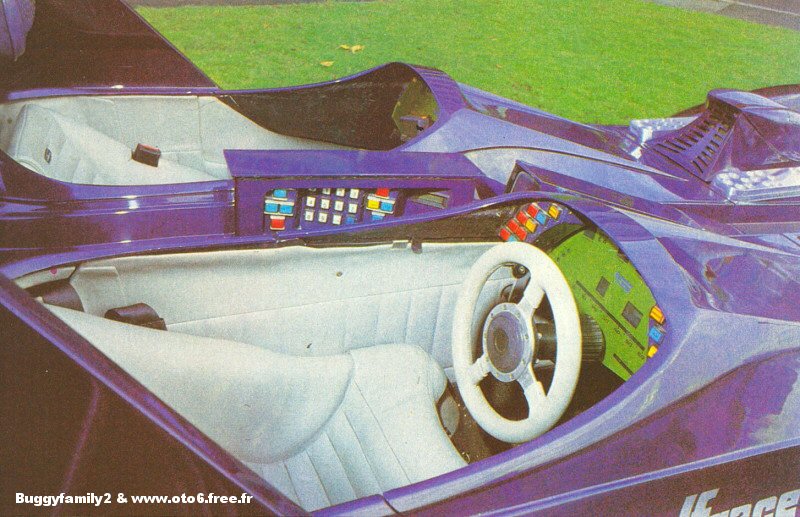 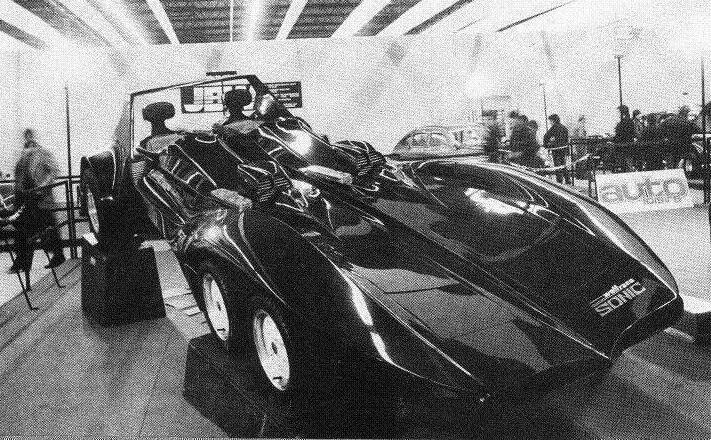 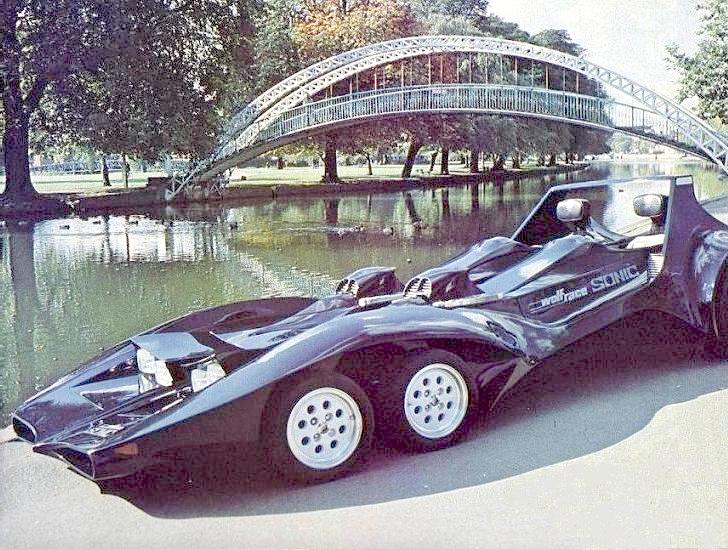 Nick Butler, the stylist of the Wolfrace Sonic, spent nearly two years evolving the bodywork shape, interior layout, colour and materials that give the car its unique appeal.

At the start the sonic was just a dream. A revolutionary graphitti, instead of one engine it had two, instead of four wheels six, - but a dream was all it remained until the advent of Wolfrace, who immediately identified with the project and provided the finance and technical backing to make the concept a reality.

The Wolfrace Sonic took the shape in stages. Each new element posing problems that had to be tackled, many in areas where only speculation existed before, so added to the design element was extensive development programme for both components and concepts. Art and Technology combined to achieve the sonic shape. The car conveying the idea of flow and of air penetration dramatically.

So it was set that Nick Butler's imaginative design was inline to become the futuristic showcar of Wolfrace Wheels. The vehicles name was tied in with its primary advert "Sonic" the flagship model alloy wheel that wolfrace produced (later to be sold to Ford and used on the XR2 range).

After several months of work and correspondence between Nick and Barry Treacy (Wolfrace Managing Director) the car was completed some time in September 1980. Sonic was one of the first cars to use "Drive by Wire" technology, employing a computer to control the twin V8 engines. Their drive was harmonised using computer controlled gearboxes through to the rear wheels. Sonic was built on a space frame chassis and had a composite "semi monocoque" body which went to its first unveiling at the Geneva Auto Show in March 1981. This was the year that the sonic would be shown to the world in all its glory. Some of the Dates are shown below of when and where it was shown.