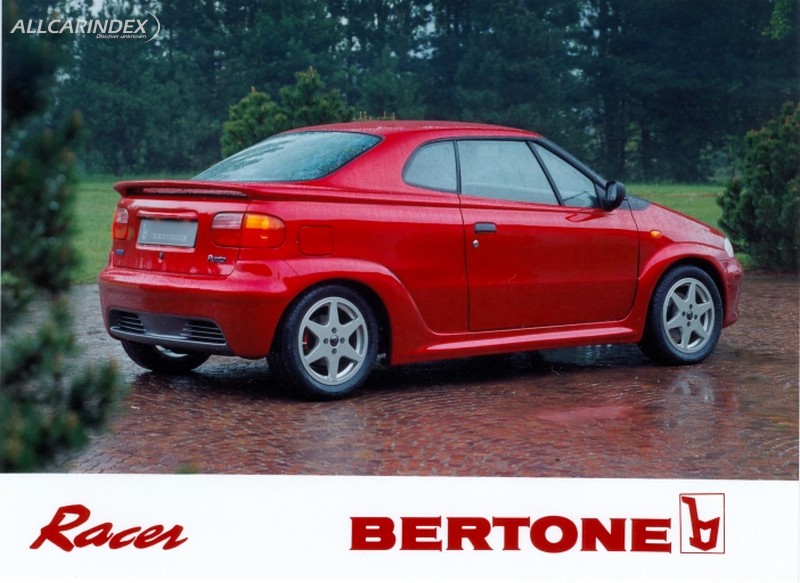 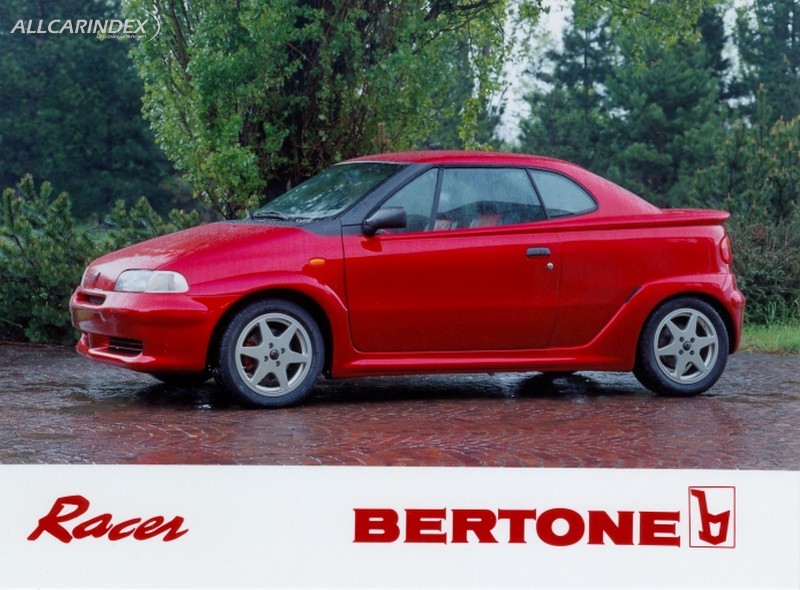 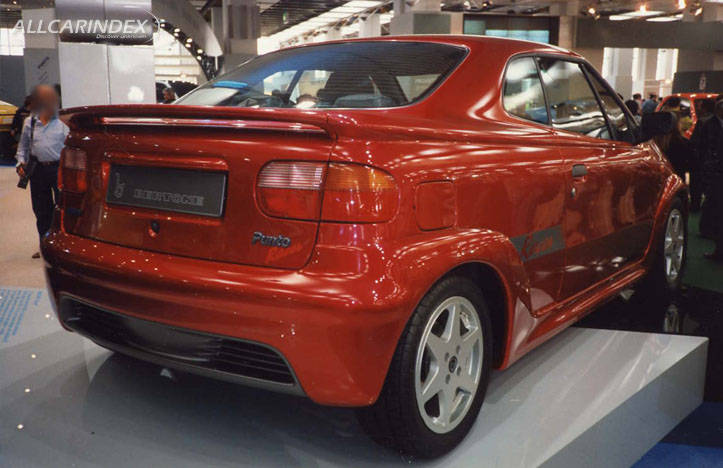 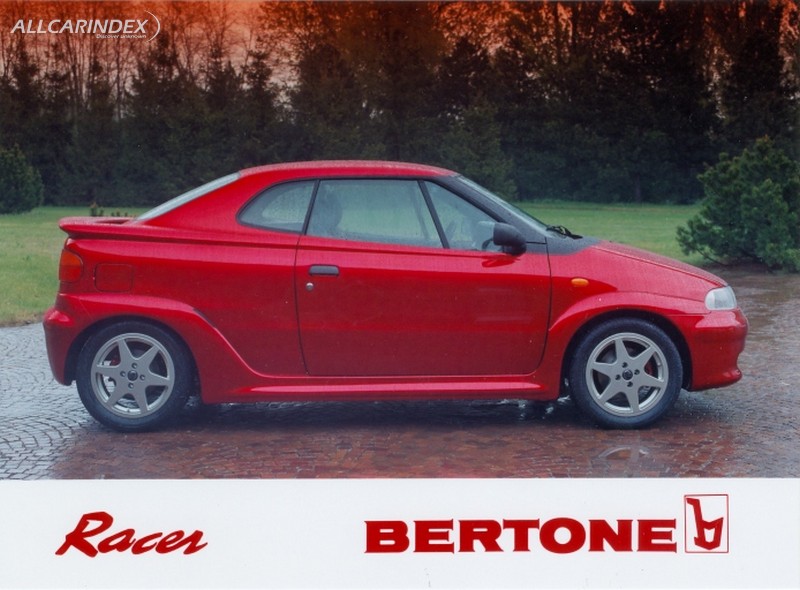 A Fiat initiative saw various designers being asked to come up with ideas for the new Fiat Punto, and Bertone presented a coupé model. The idea of working with a single version of the car was inspired by a marketing strategy which had proved particularly successful for Fiat in the 1960's: that of accompanying the production series model with two derivatives, one open car and one with a coupé body. In line with this concept, Bertone came up with a coupé on a production Punto Cabrio chassis, christening it the Racer. In 1966 he had used the same name for the coupé he had created from the 850 Spider. The Fiat Punto Racer was worked from the body structure of the tried and tested Punto Cabrio, and the result is a compact, dynamic coupé. The styling of the bodywork kept away from excessive novelty which would have meant a redesign of important components. Compared to the Cabrio model, the Racer features a panelled roof and a few other essential elements designed to underline the car's sporting mission in a discreet but forceful way.

The new Racer was put on show at the 1994 Turin Motor Show, fitted with the 133 Hp Punto GT Turbo engine.