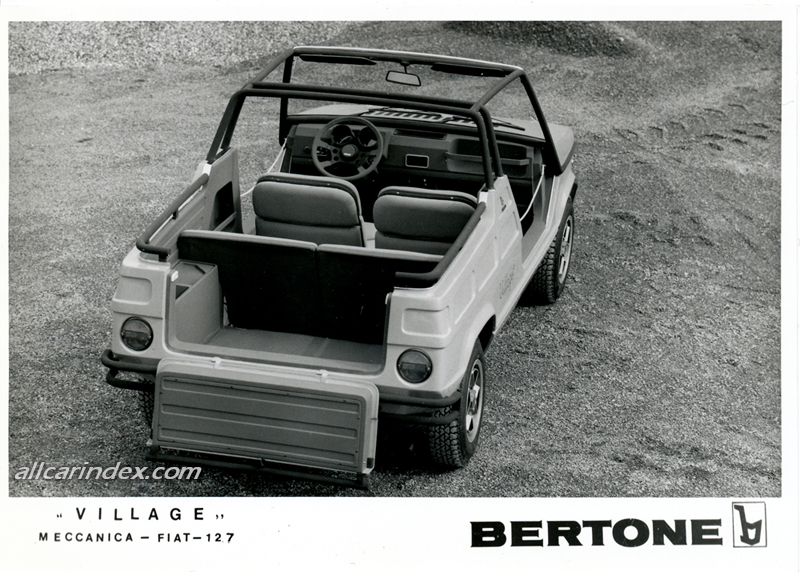 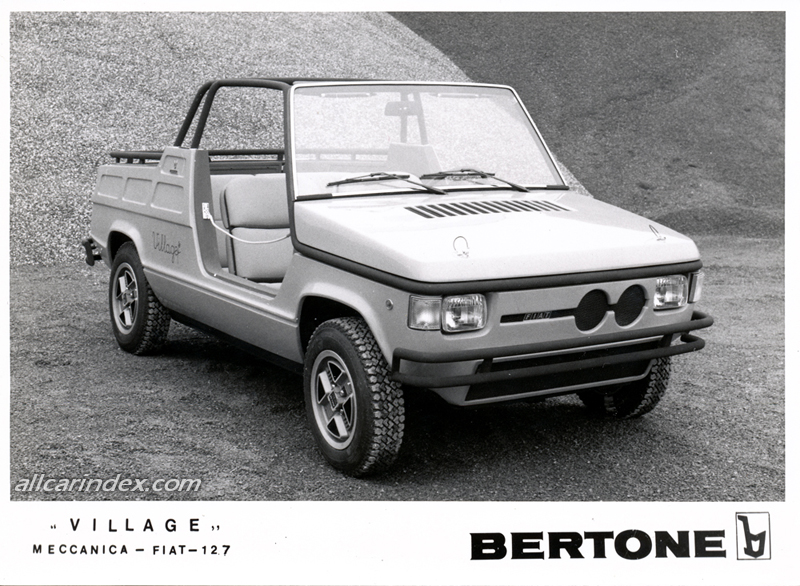 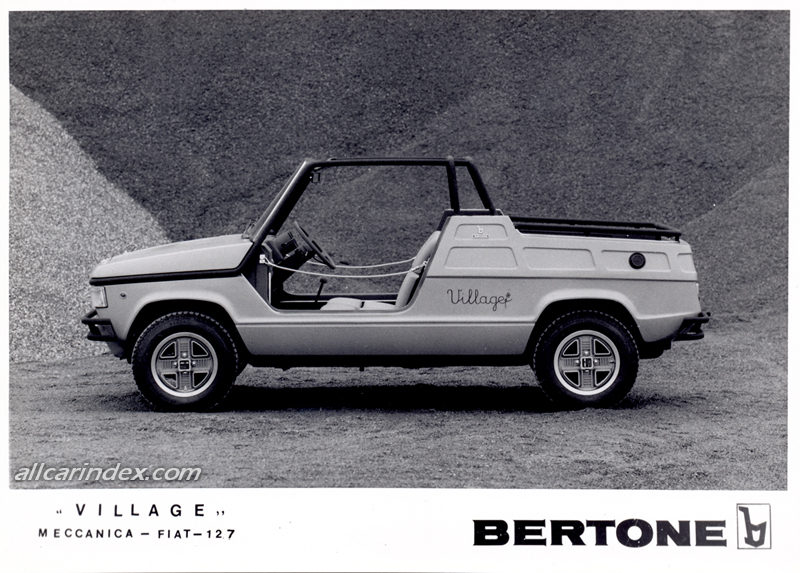 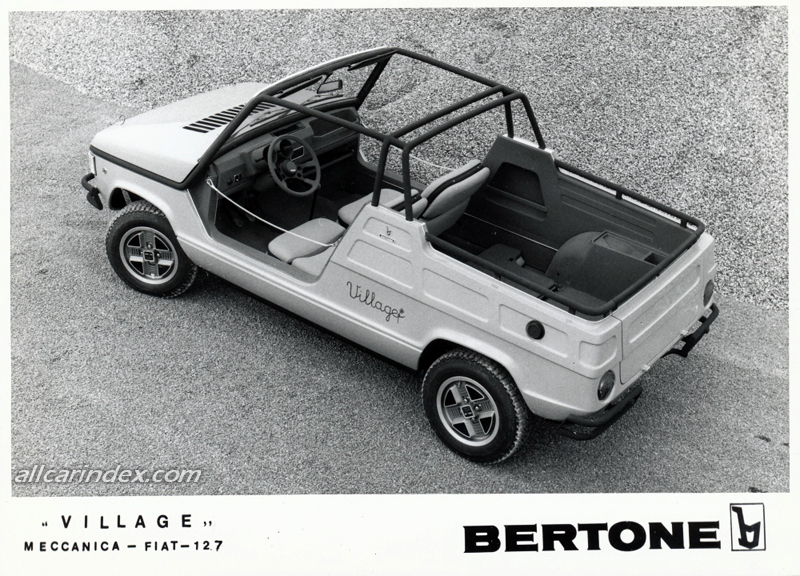 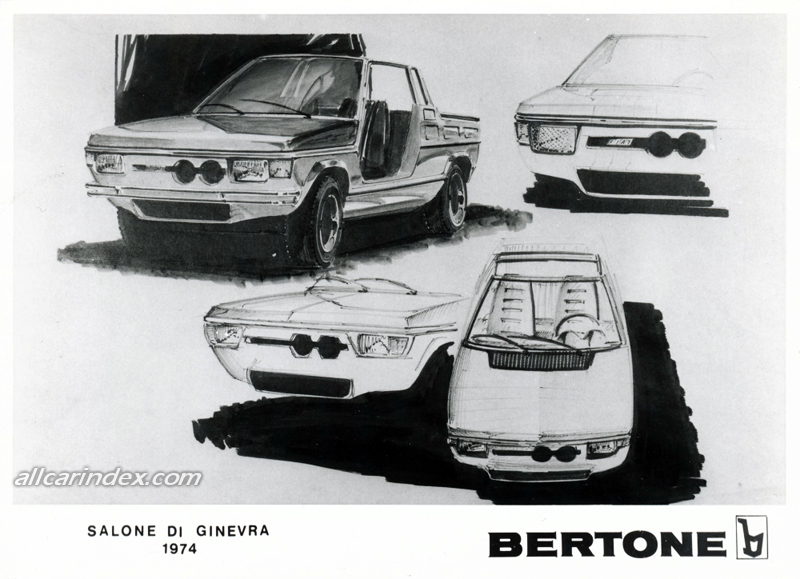 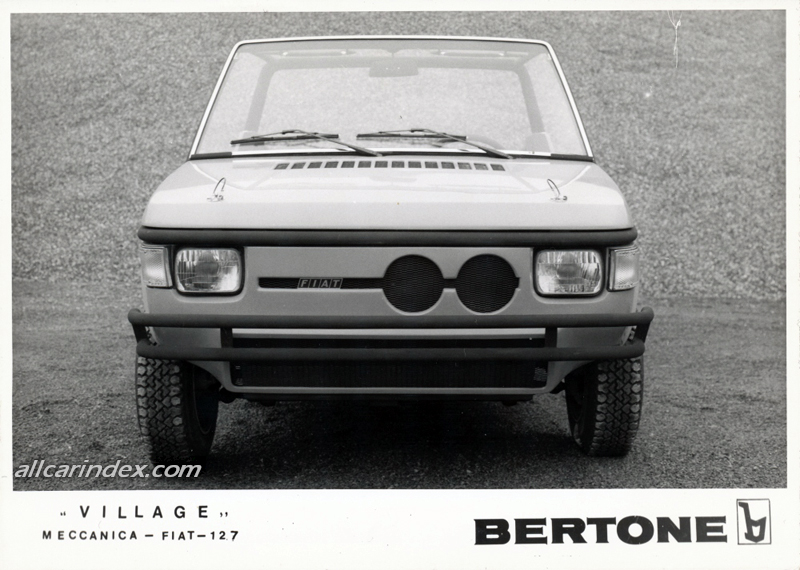 The Fiat 127 Village springs from a new way of looking at the automobile. Its conception was shaped by economic factors, which in the 1970's of the energy crisis, spelled reduced fuel consumption. Bertone took up the challenge with a car which, although basically a utility vehicle, allowed for a wide range of possible versions. Based on the mechanics of the Fiat 127, this design experiment takes the utility car concept to a new level. The Fiat 127 Village is in fact the precursor of the popular leisure and transport cars of 2000. Its tubular structure was strengthened, with a view to creating a convertible version. The Village could easily be transformed into a spider, van, pick-up or many other versions. The modular nature of the optional features made it possible to create as many versions as there were combinations with the basic vehicle. The elegance Bertone put into every single detail of the Village by no means detracts from its functionality. When this prototype was presented at the Geneva Motor Show, its simplicity and versatility captured the attention of public and experts alike.