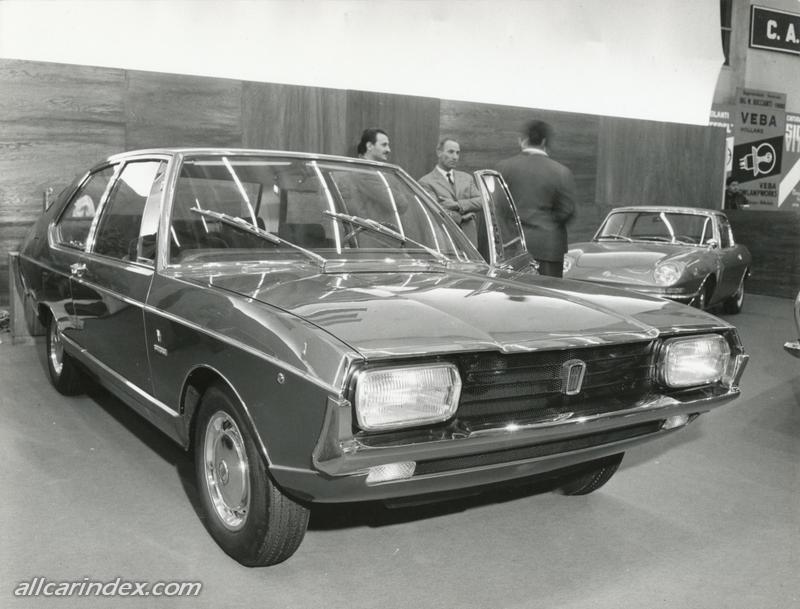 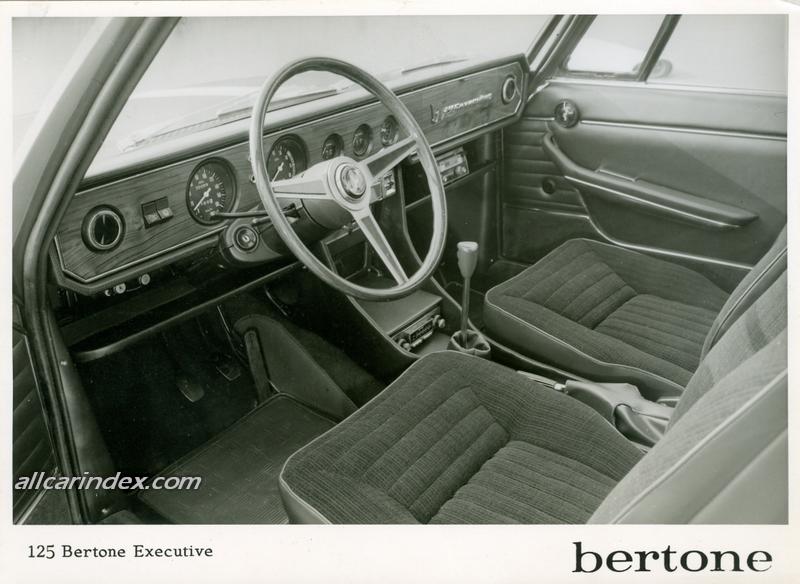 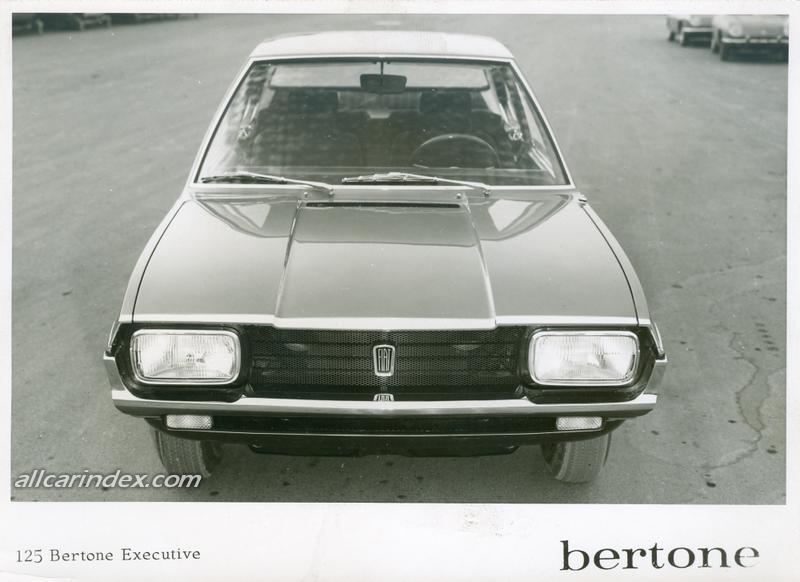 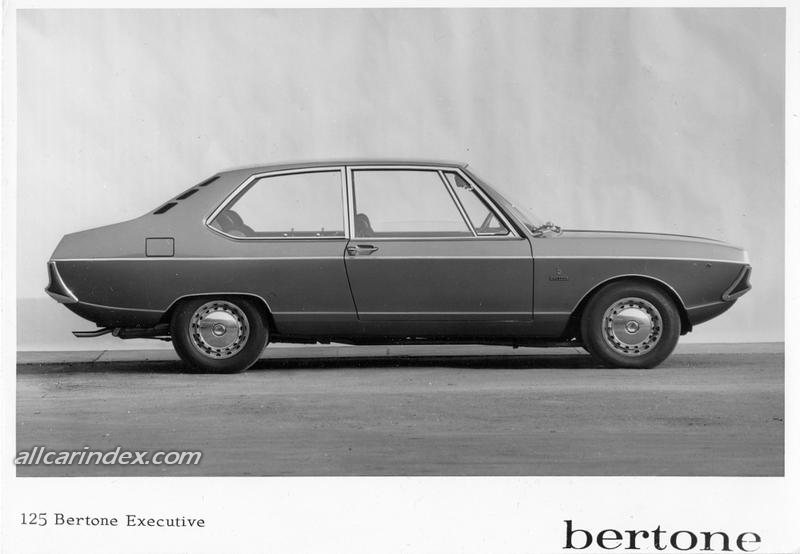 At the Turin Motor Show in November 1967 Bertone presented the Executive, a prototype for a two-door saloon built around the mechanics of the Fiat 125.
The prototype featured some important new styling elements, above all in its proportions and window surface area. The concept was designed to sound out the reactions of the automobile industry on the possible style trends for the saloons of the years to come. With the Executive prototype, the Turin designer wanted to rework the concept of the spacious family car, giving it new proportions, and in line with Bertone styling ideas on the use of glazed surfaces. Light was in fact one of the key concepts in the Turin designer's repertoire, as the ample window surfaces of the Fiat 125 Executive go to show.