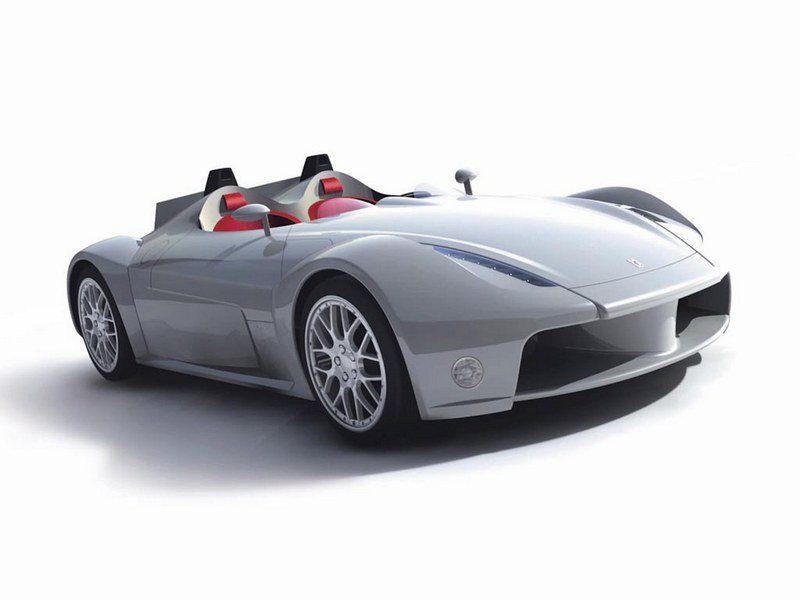 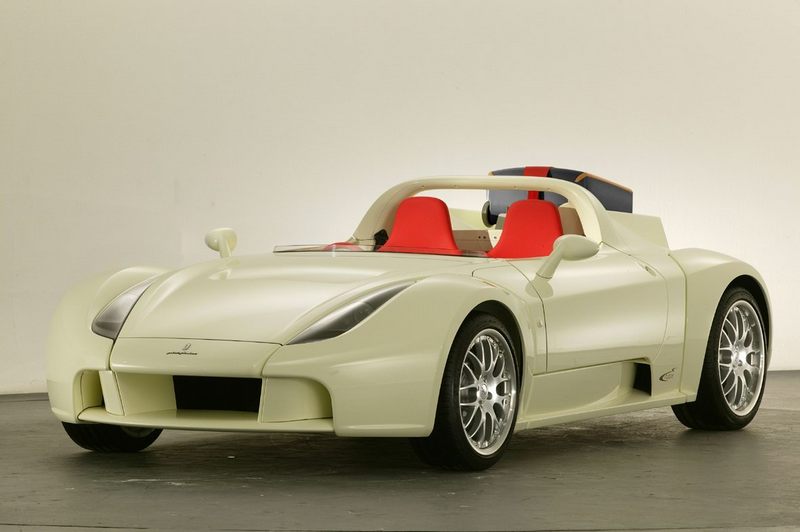 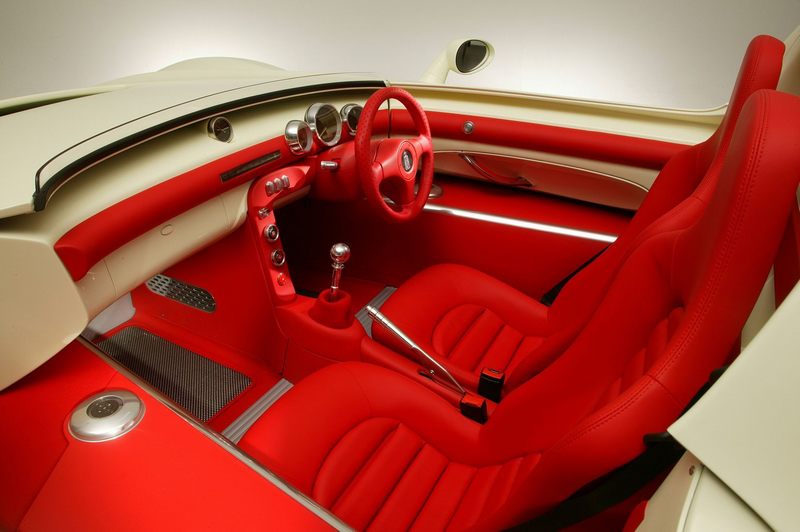 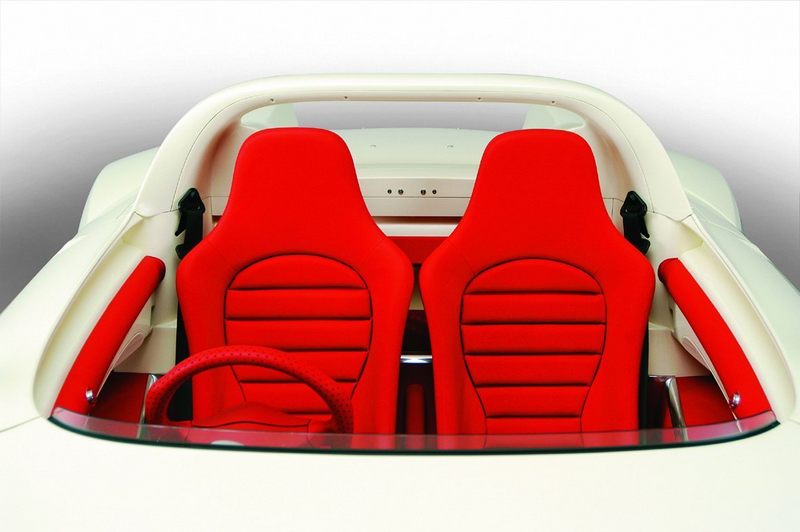 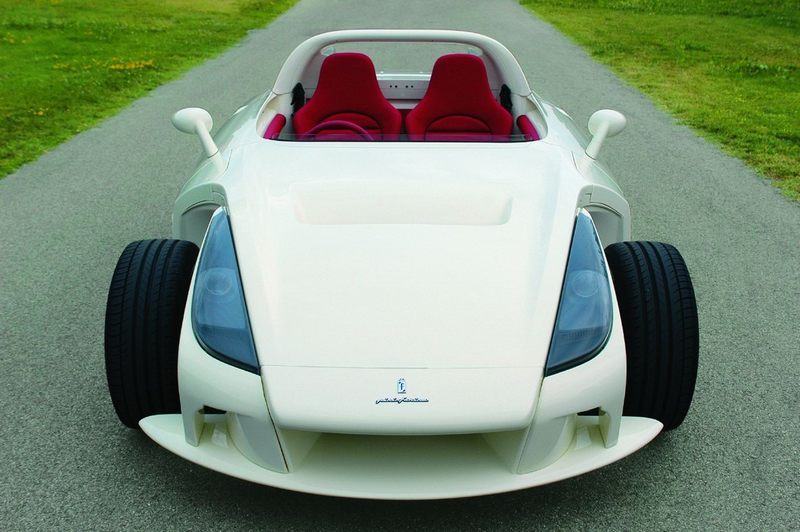 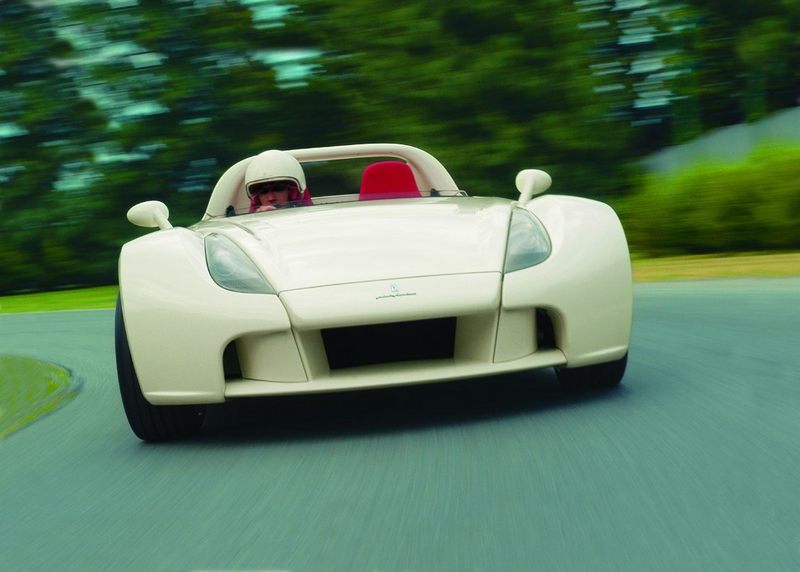 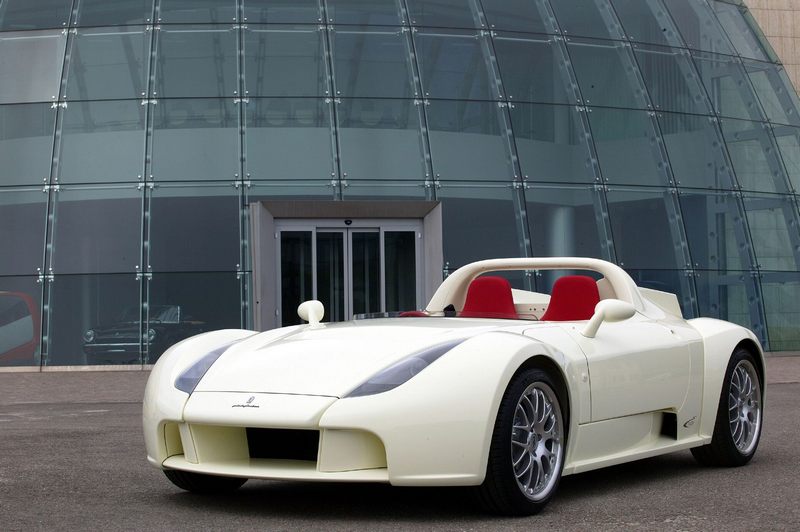 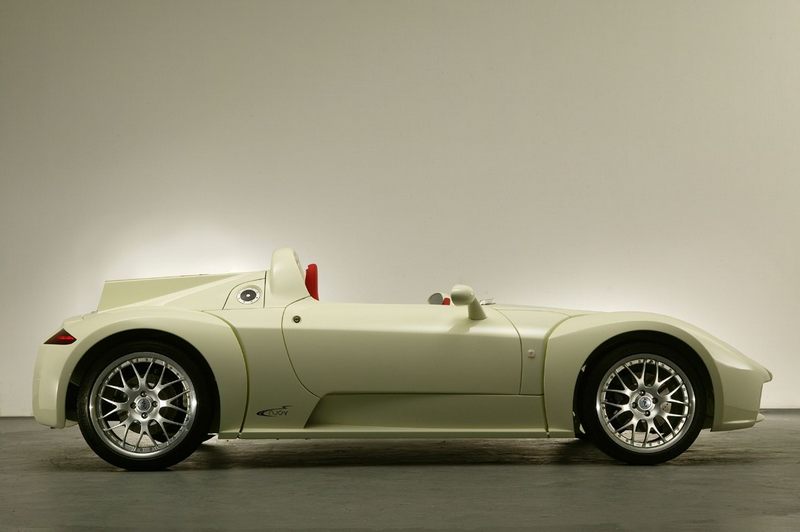 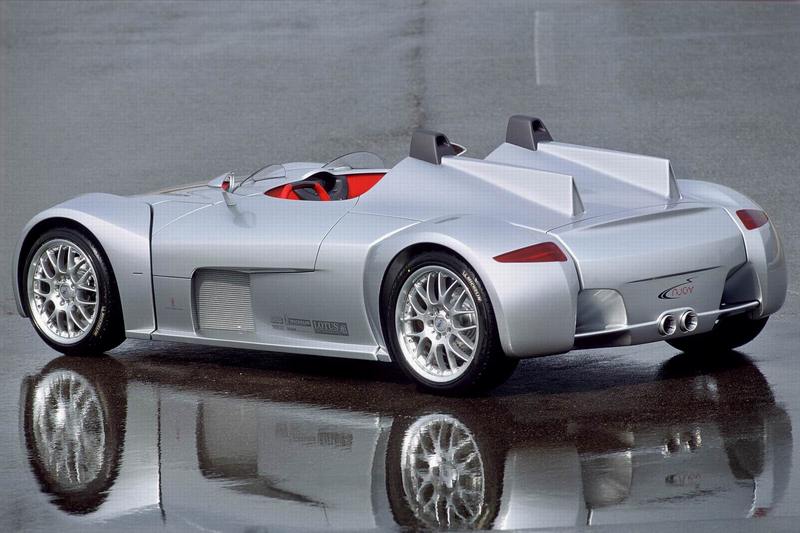 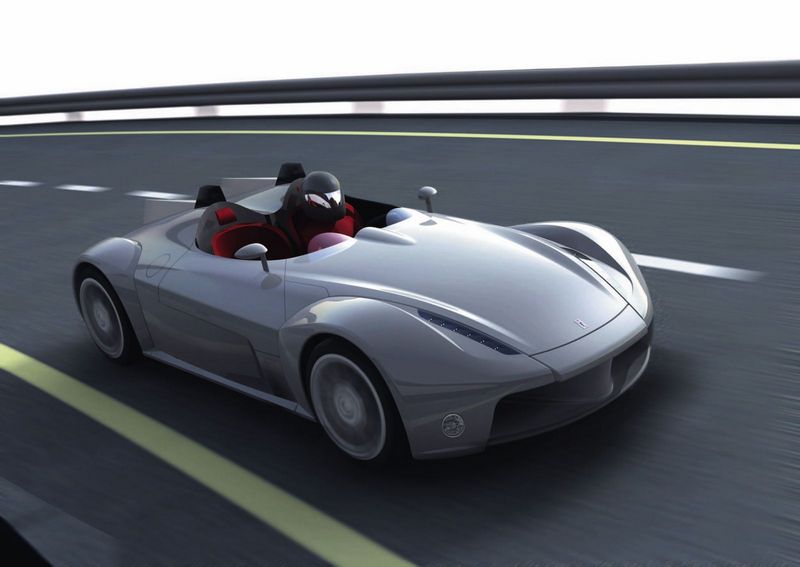 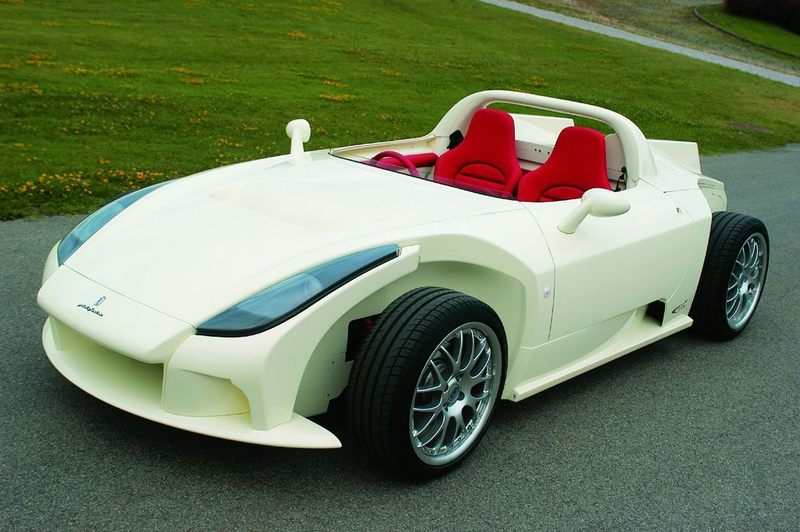 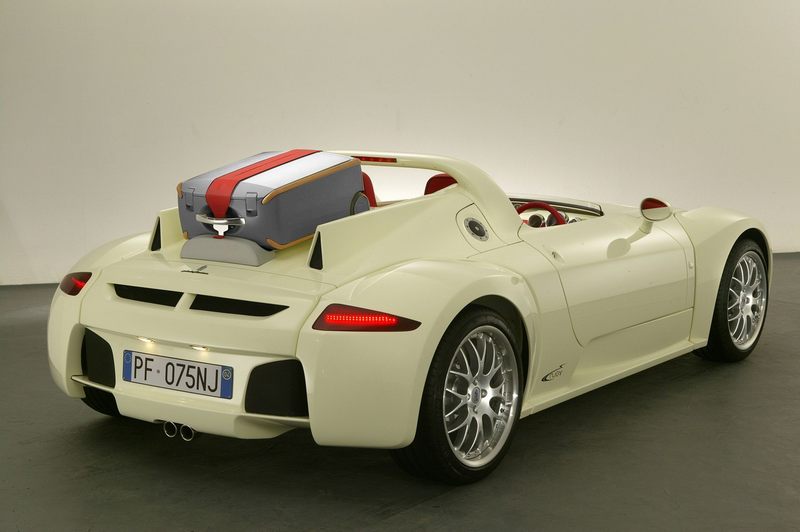 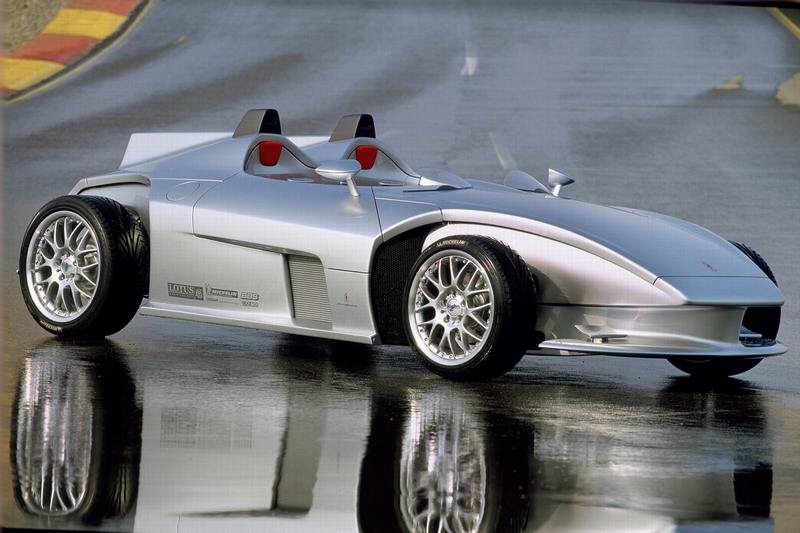 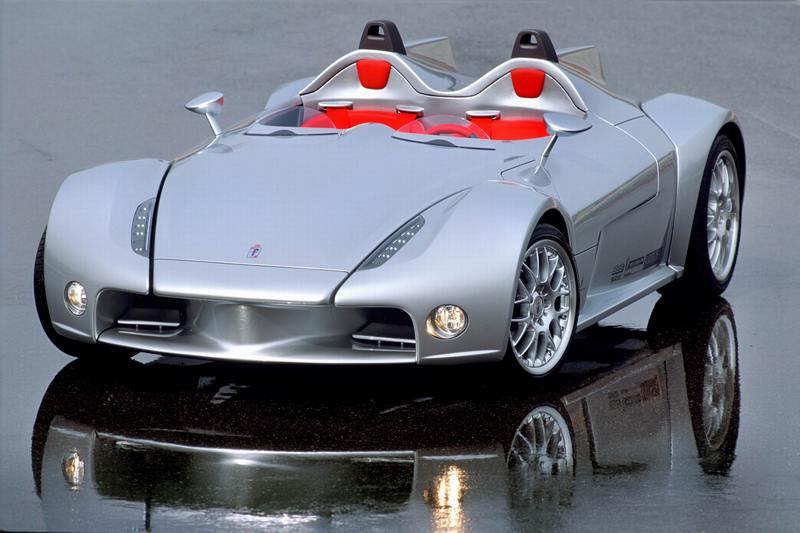 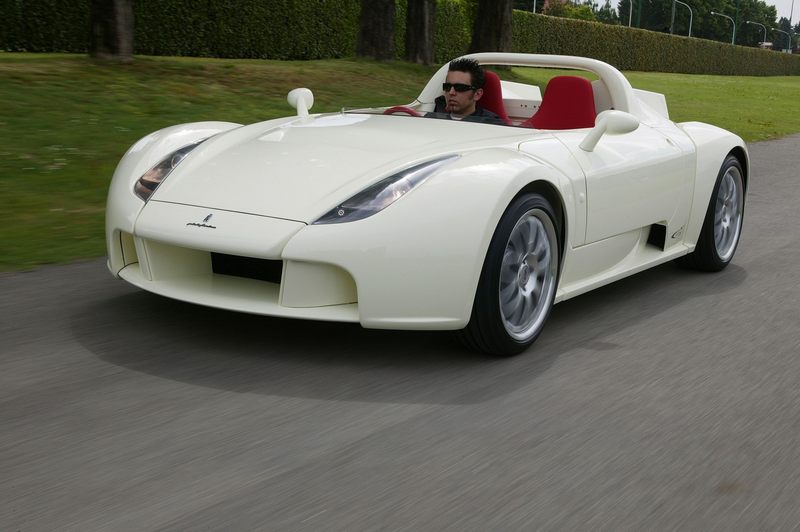 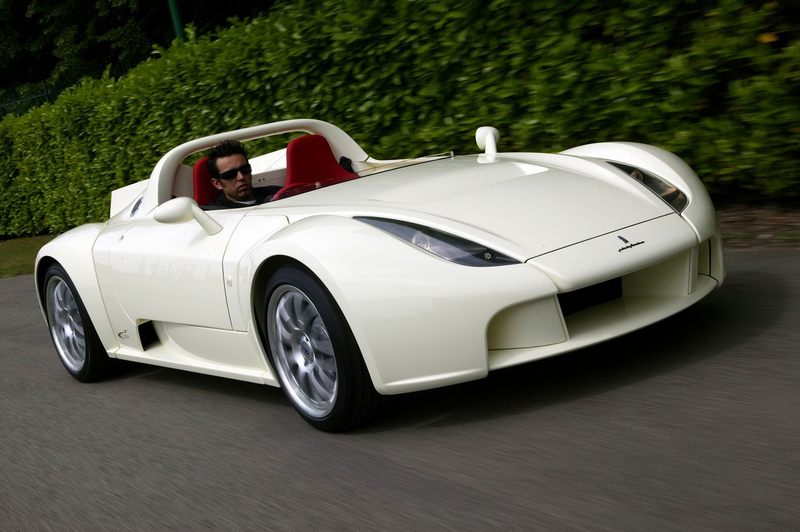 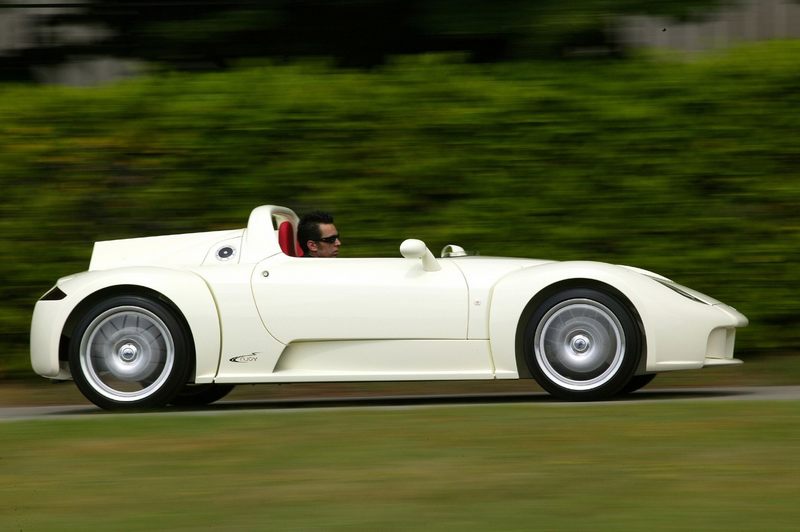 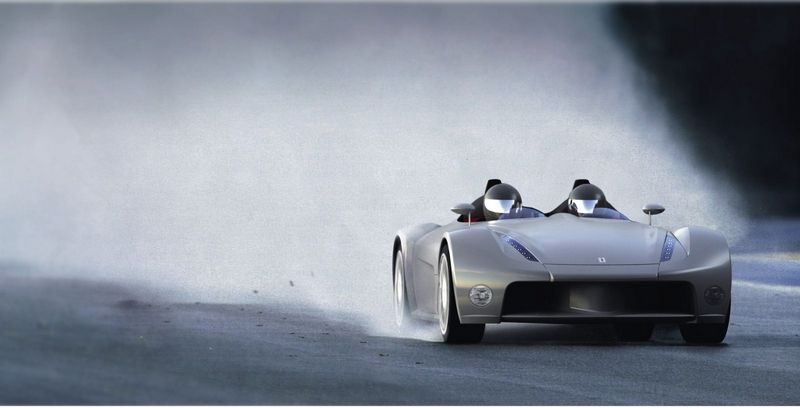 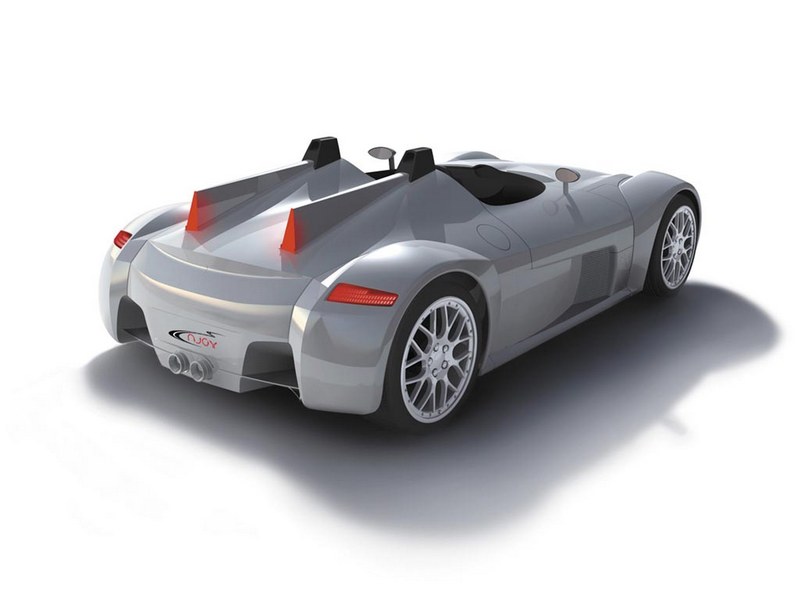 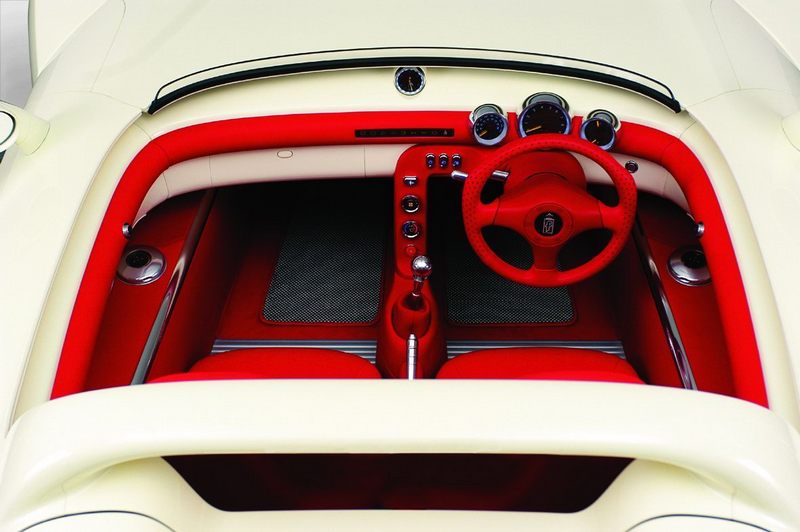 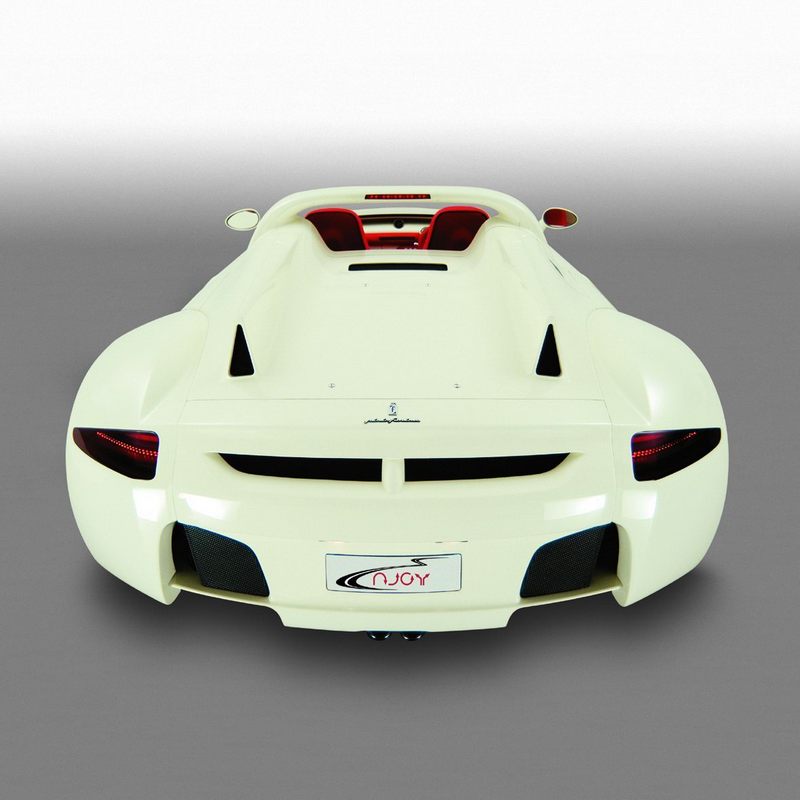 With ENJOY, a roadster for everyday use also conceived for racing, Pininfarina revisits the sports car theme in its most genuine sense. An easy-going, fun car targeted primarily at young people who place little importance on refinements and superfluous ornamentation. A car for those who prefer ease-of-use and a real sense of freedom and independence, combined with the pleasure of a sporty driving style but where the emphasis is not just on power and size.

So Pininfarina's intention was to design a simple, practical, basic though dynamic barchetta that would be the ideal car for people who, in addition to wanting an enjoyable drive, also have a passion for racing. This has been achieved thanks to this car's dual personality.

An unusual sports car, unlike others, for it establishes a different relationship with the driver: an extraordinarily spontaneous, intimate bond that also implies a sensation of greater awareness and control of the car's behaviour.

Sports car according to Pininfarina

The sports car theme runs in Pininfarina's blood. For instance the prolific cooperation with Ferrari that began back in '52 has resulted in the creation of some of the most outstanding sports cars seen during the postwar period, the latest of which was the Barchetta Pininfarina in 2001. The same concept - a no-frills, fun-to-drive sports car accessible to a youthful public - has been revisited many times. This, because of an increased awareness of true motoring, a growing market demand for small, open cars and high-powered motorcycles that not only offer more immediate contact with nature and the road but also with the vehicle itself.

A number of concept cars have been based on this philosophy in past years, such as the Autobianchi A112 Giovani Spider (1973), a bodywork concept for an inexpensive sports model with a removable hardtop, aimed above all at young people; the Peugette 104 Spider (1976), a study for a very low-cost, sporty car for young people designed around the Peugeot 104 coupé platform; the Ethos (1992), a two-seater barchetta with a mid-rear engine, aluminium chassis and bodywork constructed from panels of recyclable thermoplastic material.

Apart from styling and research exercises, Pininfarina also had the chance to develop this theme from a production standpoint with the Ford Streetka, a compact roadster embodying the features of a "special". A not too expensive, sporty, fun car, somewhat similar to a fashion item inasmuch as it was created rapidly and produced in a limited run for a short period of time, with sophisticated, trend-setting styling and technological content that stirred up emotions and desires.

With ENJOY, Pininfarina has taken this type of approach to the extreme. ENJOY is a model with a strong personality in aesthetic terms that offers an immediate contact with the external environment and enables those who drive it to experience the same sensations as when riding a motorbike. And so it's a much more radical object, one that supports performance and entertainment, a truly essential car with no frills that focuses on functionality.

The versatility of this project is highlighted by one of the car's singular features, its block-type structure, with a central body and four removable wings. This leads to two configurations: one with wings intended for road use, and one for the circuits with open wheels. Furthermore ENJOY doesn't have a true windscreen but two deflectors that rest on the bonnet. The cabin reflects the same philosophy as the exterior and embraces the concepts of extreme simplicity, a refined minimalism. The seats and trim are produced from fire and waterproof materials, as on a motorbike. And again mimicking a motorbike, the controls and instruments are also very basic, just as they should be on a sports car. And there's nothing decorative or complicated about the facia, in fact it's almost non-existent. The steering wheel is shaped to facilitate getting into the cabin and is fitted with an engine rev counter for use on the track. A dual-configuration display - one giving standard information and the other providing technical data - is located on the facia so that it can also be consulted by the passenger. As the car can be used exactly like a motorbike, the design includes a compartment in the rear bonnet for storing helmets, gloves and tracksuits produced by Sparco. Two rigid tonneau-covers are stored at the front and can be used to partially or completely close or protect the cabin.

The central section of the fibre-built body follows a lenticular pattern while the side is marked by an angular, wedge-shaped design feature. At the front a central deflector blade channels air laterally through the suspension to the wings and on to the side radiators. There are wing-shaped profiles under the front wings that, with open wheels, provide a spoiler running the whole width of the car. Four angular elements for the removable wings also contain the lighting units. The sides are marked by visible radiator air outlets. The radiators positioned in the side bulges give to the front end an original design and a highly original look even when the doors are open. It's a way of using and highlighting mechanical features as is normally the case in the motorcycling world, where mechanical parts become design features. The two doors open butterfly-wing fashion so the driver gets in and out just as in a racing car. Two dome-shaped features on the rear bonnet also act as roll bars and terminate in fins on which the stoplights are installed. When the car is used on the track the stoplights double as safety lights, since they remain in place even after the wings are removed. Other features of the rear are a small integrated spoiler and aerodynamic extractors in the lower section.

Lotus is renowned as the world leader in vehicle dynamics. No other company can offer a more complete understanding of ride and handling and the interaction of vehicle with driver. It is this understanding and the application of the knowledge that has led to Lotus being presented with over 50 awards for its Ride and Handling expertise. Lotus is able to call upon a combination of simulation tools and subjective techniques to define and develop the character of a product. In the ENJOY, the application of Lotus Technology has led to the creation of a truly exciting product for road and track. One of the key features of the ENJOY is its light and exceptionally stiff chassis. Made from extruded and bonded aluminium and pioneered on the Lotus Elise, the chassis is the central feature of the concept and is the load-bearing structure of the car. This means that unlike conventional cars, the body panels aren't an essential part of the Pininfarina ENJOY's structural integrity, and can therefore be used only where driver comfort and protection, and aerodynamic considerations make them essential. Motorbikes and single-seater racing cars, two of the inspirations for the ENJOY, are designed in the same way. The Lotus chassis is an evolution of the ground-breaking Elise epoxy-bonded aluminium chassis. The chassis design represents a breakthrough in sportscar technology, and is still virtually unique in the industry to this day. Never before had a vehicle's chassis been 'glued' together. The 1795 cc, 4-cylinder engine has been given the "Lotus Performance" treatment and develops 135 bhp (100 kw).

Pininfarina Enjoy which was unveiled at 2003 Geneva Motor Show as a concept car went into a very limited production of 15 units in 2005. The car was manufactured by Matra in France.