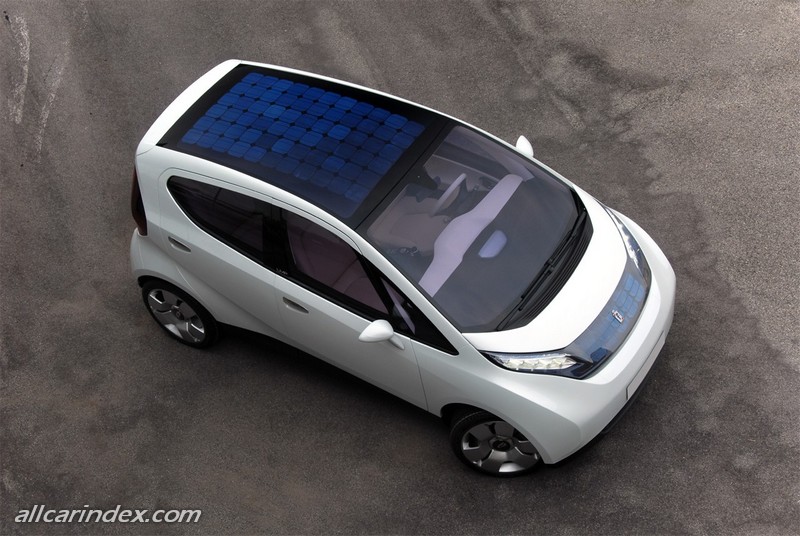 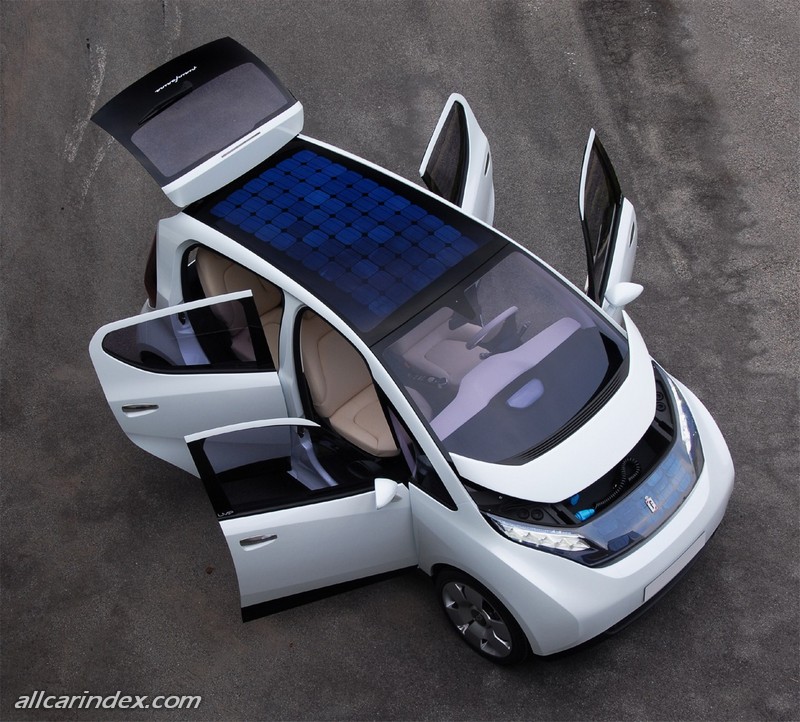 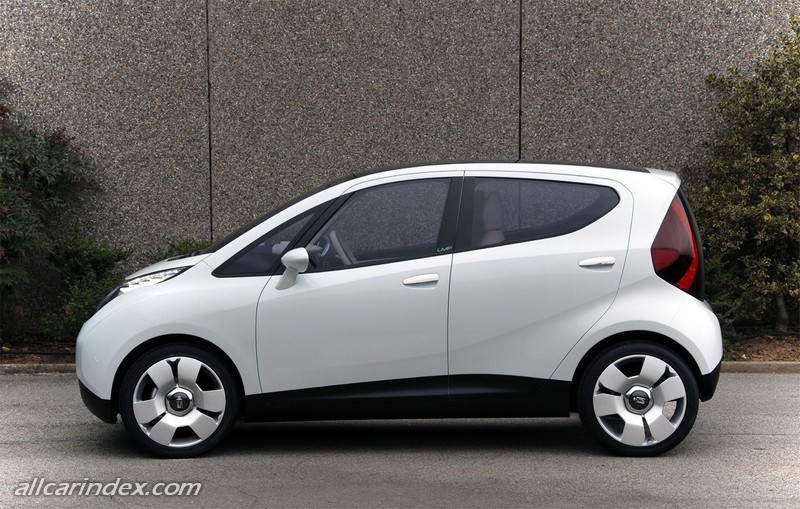 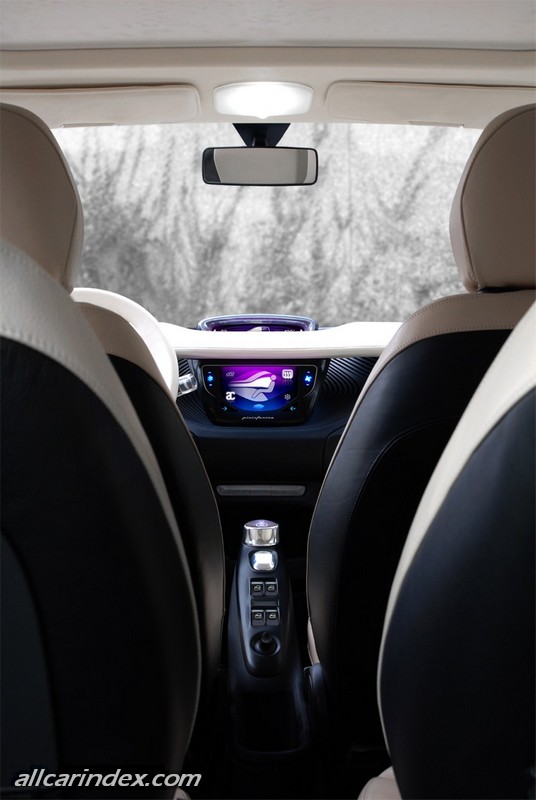 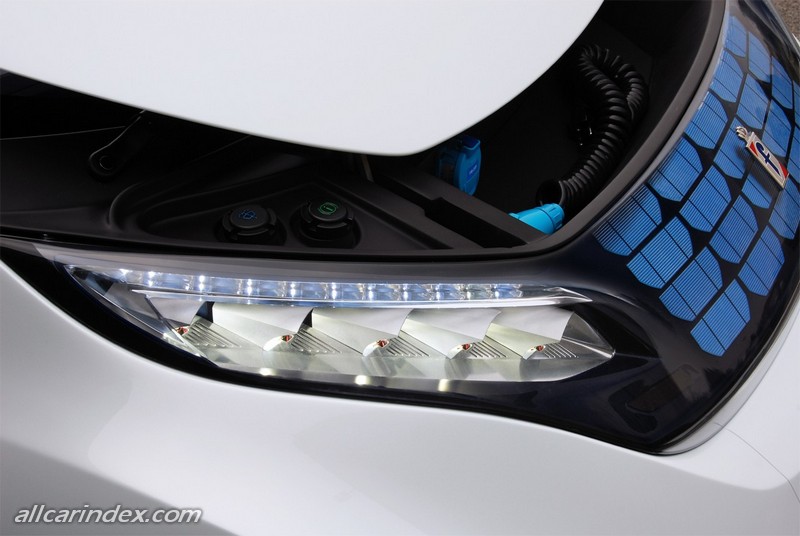 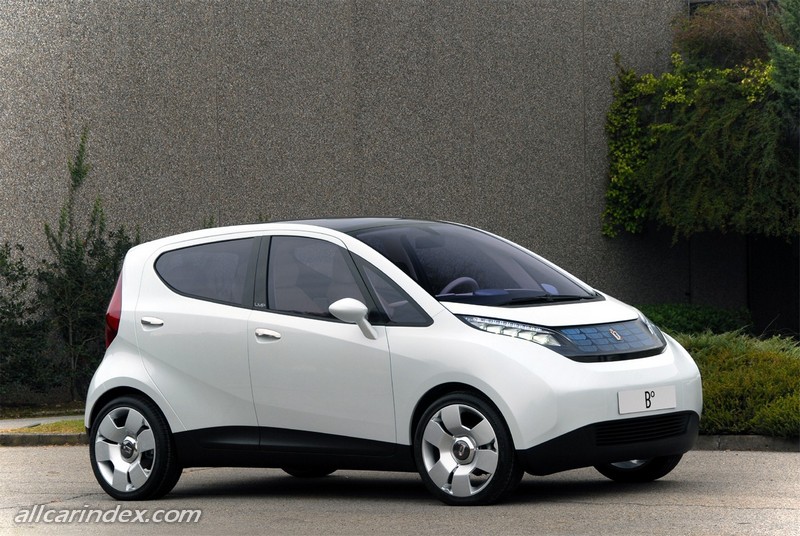 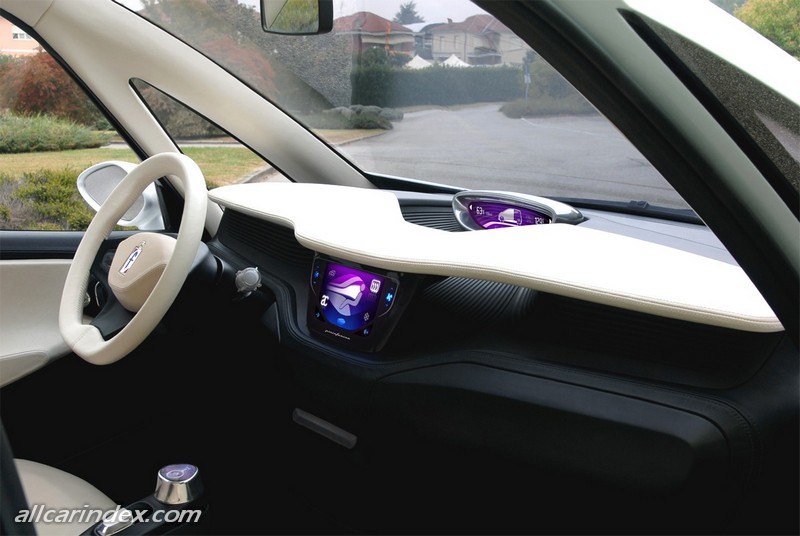 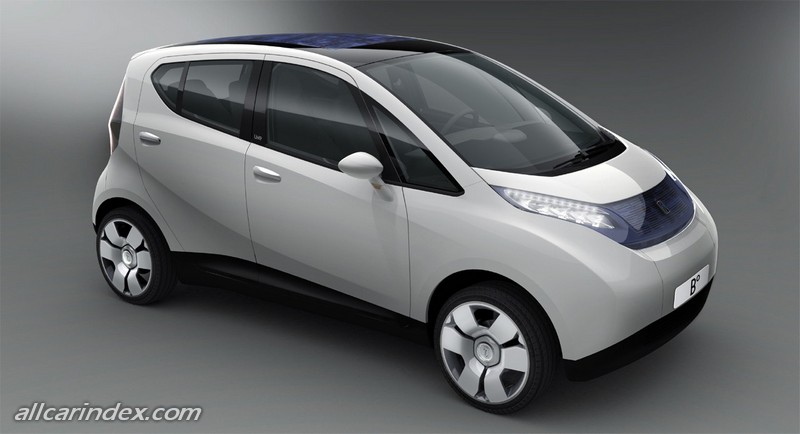 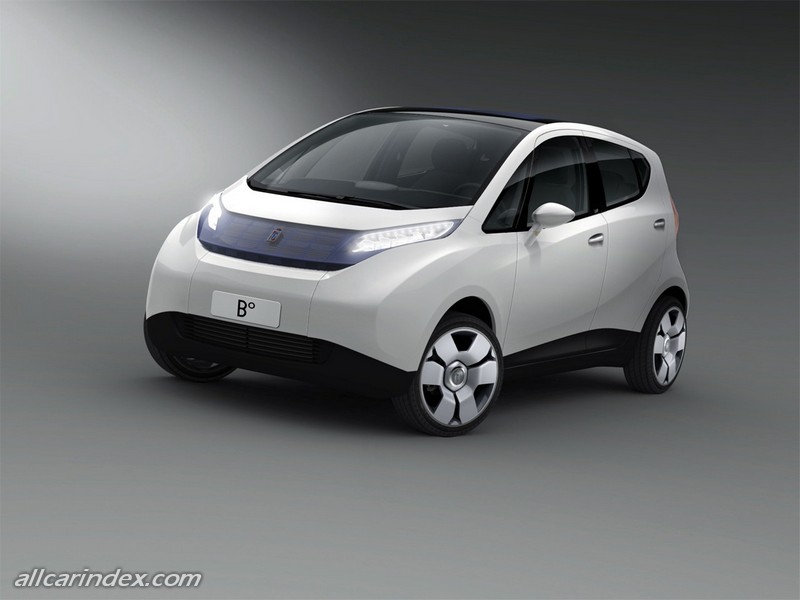 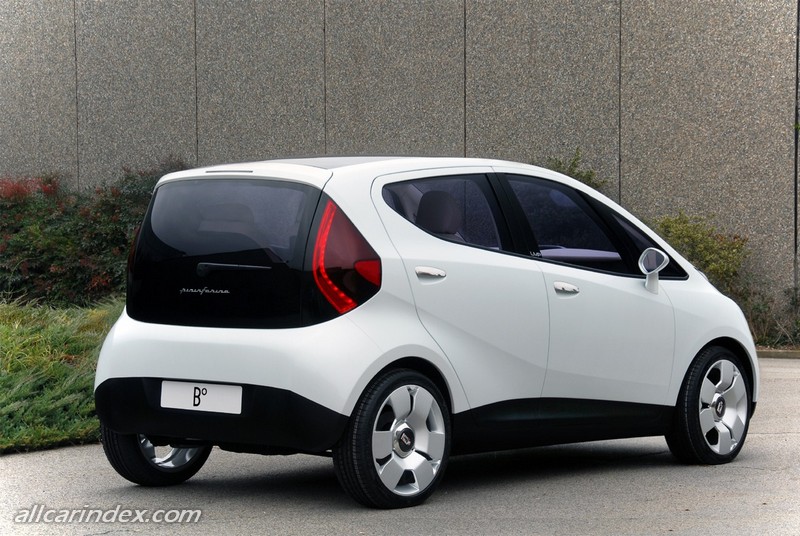 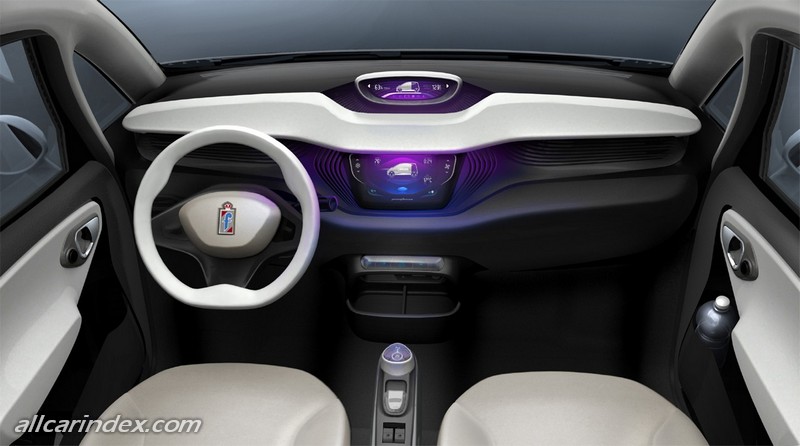 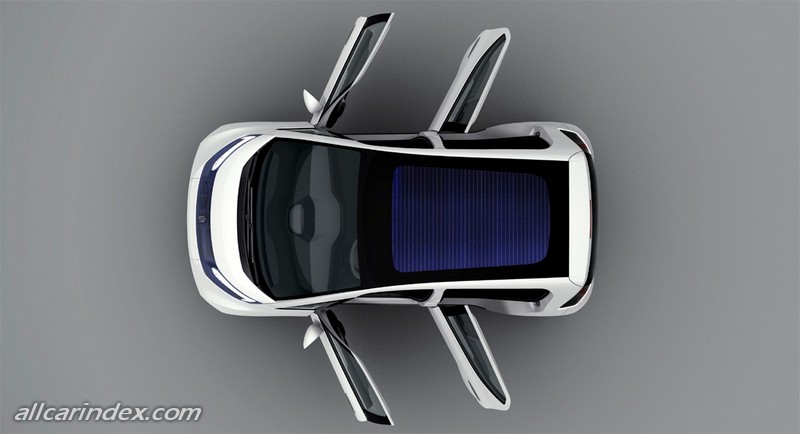 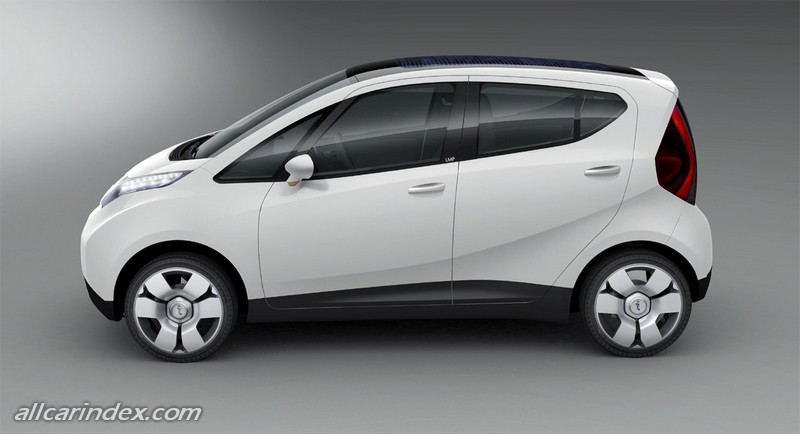 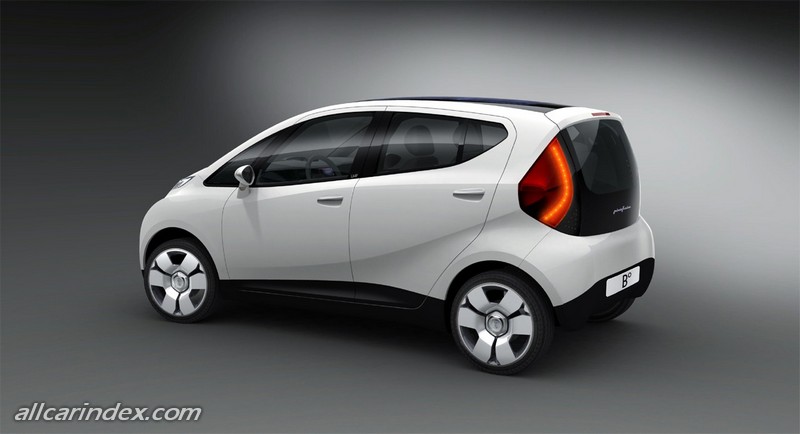 The B0 : the solution for a cleaner world

Bolloré and Pininfarina have entered into a partnership featuring all the expertise required to launch serial production of an electric car which, thanks to its technical characteristics and its attractive styling, is bound to make waves in motoring circles.

This car will not be a prototype. It will be a massproduction model, with the fi rst units coming off the production line at the end of 2009, after which production will be ramped up gradually based on the availability of the batteries. Built in Turin by Pininfarina-Bolloré, a joint venture formed by the two family-owned groups, the B0 electric car will be powered by Bolloré’s proprietary LMP technology, using a combination of batteries and supercapacitors manufactured in Bolloré’s plants in Quimper, France and Montreal, Canada.

The B0 will be a fully-electric vehicle without any carbon dioxide production, having been designed from the ground up with that aim in mind. Its batteries will be housed in a compartment specially designed for that purpose and located under the car, between its axles, lowering its centre of gravity and providing it with outstanding road-holding properties.

With its superb body styled by Pininfarina, Italy’s renowned vehicle design shop, the B0 electric car will be an elegant four-seater, four-door hatchback with an automatic gearbox. Its LMP battery, which will be rechargeable in a matter of hours from a standard domestic main socket, will provide it with a range of 250 km (153 miles). The B0 will have a top speed that is electronically limited to 130 km/h (80 mph) and will feature potent acceleration, reaching 60 km/h from a standing start (0 to 37 mph) in 6.3 seconds.

The B0 will also feature solar panels on its roof and hood, so as to help recharge its electrical power reserves.

At the heart of any electric car, lies the battery.

Bolloré is a highly diversifi ed group of companies with a combined yearly turnover of 10 billion US dollars and 35,000 employees. For the past 30 years, the group has been the world’s leading producer of components for capacitors.

Thanks to its acquired know-how in extruded polymers and the storage of electrical energy, Bolloré has been working for 15 years through its subsidiary, Batscap, to develop a solid-state lithium polymer battery. This battery is able to store, weight-for-weight, and it can be recharged in just a few hours. The battery does not require any maintenance and has a lifespan of around 200,000 km (125,000 miles). Another key benefit is its unmatched safety while in operation.

Added to that, the B0 electric car does not emit any exhaust gases, nor any fi ne particles. The car’s LMP batteries thus help combat air pollution. The batteries of the B0 also contribute to reducing noise, another nuisance which affects people’s quality of life in urban environments.

Supercapacitors are sophisticated energy storage components developed by the Bolloré Group. In an electric car, supercapacitors draw and store energy generated while the car is braking and feed it back into the system when the car moves off again. The result is greater acceleration, increased range and a longer lifespan for the car’s battery. The electric cars powered by BatScap’s LMP batteries and supercapacitors have a range of over 250 km. They are fast (with a top speed of 130 km/h), pleasant to drive, safe, and long-lasting.

Because it is 100% electric powered, the B0 does not generate any pollution. But the process of generating the electricity which the car uses must also, as far as possible, not have produced any atmospheric pollution. That is why the creators of the B0 have designed it to incorporate every possible solution designed to optimise the car’s energy effi ciency and use of clean energy sources. For instance, the B0 electric

car is fi tted with supercapacitors, which enable it to store and recycle the energy that is generated while braking. Similarly, the car’s roof and part of its hood are covered with highperformance solar panels which help power some of its equipment. It goes without saying that a responsible environmental approach must be coherent throughout. Which is why all the materials used to build the car’s body, battery and interior trim have been carefully selected for their low environmental impact. All are recyclable or reusable. The Bolloré Group is also in the process of developing straight-forward panels of photovoltaic cells which might be installed by individuals or in public places to fully or partly recharge the B0 electric car’s batteries using solar energy.

Pininfarina BlueCar, developed by the thw joint venture Pininfarina-Bolloré  shown for the first time last October at the Paris Mondial de l’Automobile, has stirred up great interest from the sector as well as from the media and the public, proof that it is innovative and is moving in the right direction, well ahead of the times. With awareness of the need to act to protect the environment going global, and with the use of cars being more and more concentrated in towns and limited to daily mileages of less than 60 km, the car market is undergoing a cultural revolution that opens new and promising scenarios for hybrid or totally electric vehicles like the Pininfarina BLUECAR: recent studies have estimated that in the medium term 1.5-2 million electric vehicles will be introduced on the European market alone.

In this context the Pininfarina BLUECAR stands out from competitive proposals thanks to:

- its aesthetic excellence and the freshly original layout of a car born to be electric and not derived from a production car;

An elegant compact MPV with automatic transmission, conceived as a four-seater five-door, the Pininfarina BLUECAR is supplied by LMP (Lythium Metal Polymere) batteries, combined with a device for energy storage (“supercapacity”), which retrieves and stores energy during braking and makes it available when the vehicle re-starts. This means greater acceleration, an increased range and longer lifespan for the car’s battery.

The LMP battery can be recharged at a traditional mains plug and range is 250 km. At equivalent weight, this battery stores five times more energy than a traditional type and recharges in just a few hours. As it does not require any maintenance, it has a life-span of about 200,000 km and provides unparalleled safety. The battery is housed below the floorpan and between the two axles. Due to its low centre of gravity, roadholding is outstanding. Moreover, the electric car produces no gas or fine particle emissions and no noise: LMP batteries thus make a real contribution to the fight against atmospheric pollution.

The test drives carried out jointly by the Pininfarina and Bolloré teams have also confirmed the vehicle’s noteworthy driveability qualities. Pick-up is in line with that of internal combustion vehicles in the same segment (B/C). Safety-wise, the location of the battery beneath the floorpan responds to specific dynamic and passive safety criteria. The battery is protected from possible bumps.

Part of the car’s hood is covered with high-performance solar panels which help power some of its equipment. Consistently with an ecologically responsible overall approach, all the materials employed for construction, the battery and interior trim have been carefully selected for their low environmental impact and are recyclable or reutilisable.

Innovative technology, sober, refined design and unmistakable brand identity place the Pininfarina BLUECAR out of reach of the merely trendy. The Pininfarina genetic code emerges in the dynamism of volumes and the balance of proportions. The body of the car is shaped like an elastic shell resting forcefully on the four wheels, arching over its vertical axis and thrust forward by the shape of the sides. This idea of perfectly controlled physical strength is enhanced visually by the arched sills which contribute to the idea of the volumes thrusting forward. In the front view, the distinctive signs of Pininfarina design are seen in the iconic appearance of a vehicle that is strong and sure of itself without being aggressive. The design decisions are perfectly functional to the electric supply, hence the unobtrusive, short and sloping bonnet. The car’s dynamic personality is underlined by the horizontal lighting clusters. At the base of the windscreen, an access hatch for recharging the batteries and for simplified routine maintenance. The wrap-round rear volume highlights the car’s agility and its liking for spurts of speed. The impression on climbing aboard is that you are in a vehicle that is much roomier than a normal city car: passenger comfort is guaranteed, as in a premium saloon, by four independent seats thanks to the absence of mechanical clutter due to the electric power unit. The interior trim stands out for the quality and precision of its detail and workmanship, a heritage of Pininfarina’s historic tradition. The upholstery, like all the furnishings, is in environmentally-friendly material. The central tunnel, which is both functional and decorative, and is moulded with refined lightness, has an original springboard form which strains forward towards the dashboard and hosts the window controls, the rearview mirror adjustment button and the original drive control which, of course, stands in for the traditional gear-lever.

At the centre of the dash, the clear, readable upper screen provides all essential information: speed, range, state of battery charge. But the virtual heart of the information system is the great touchscreen which brings together 90% of interaction possibilities between the vehicle and its user. Screen graphics are easy on the eye, intuitive and elegant. Just graze the screen to select the control function you require: climate control, audio system, GPS, call for assistance, phone, drive management mode (environment, sport or ice). Finally, a remote control incorporated in a portable phone allows you to monitor the state of the battery and trigger its pre-heating so that the vehicle is immediately ready to start, even after it has been parked a long time.