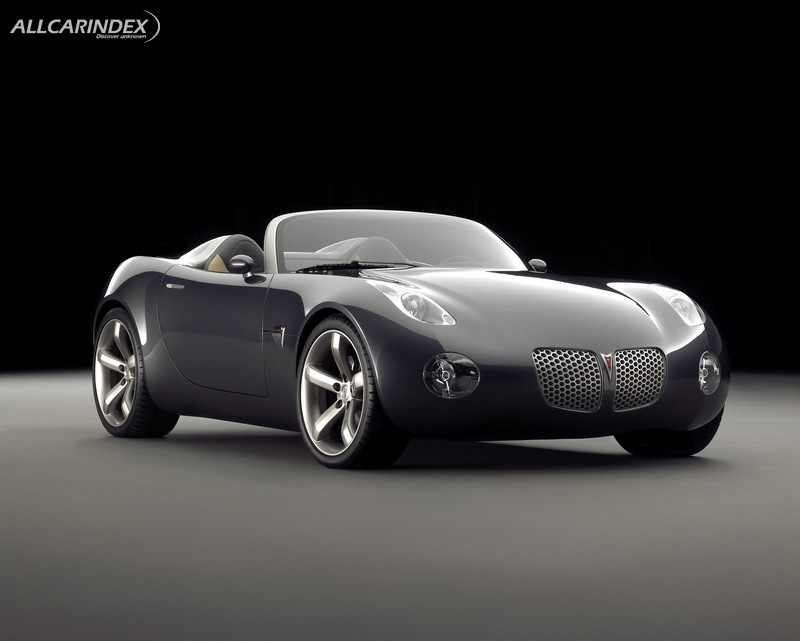 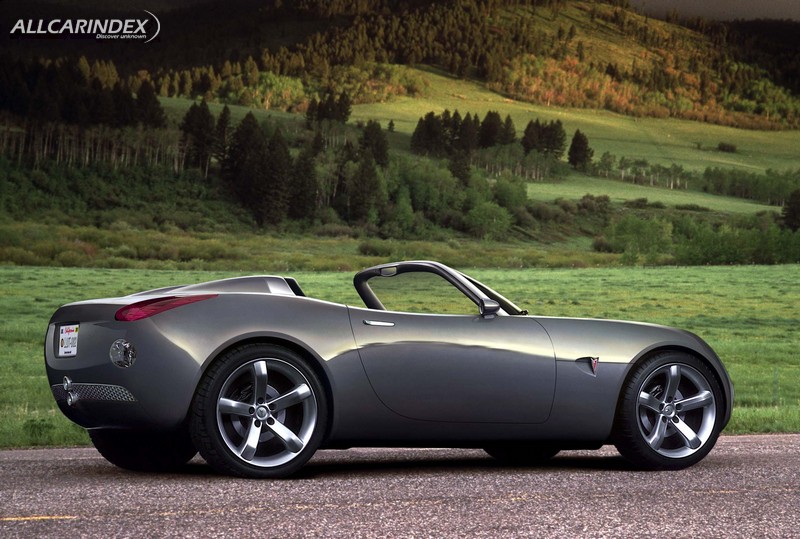 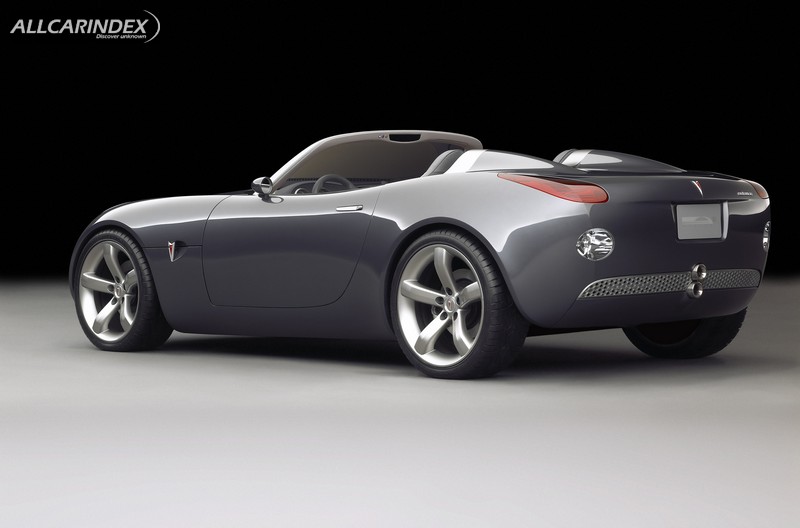 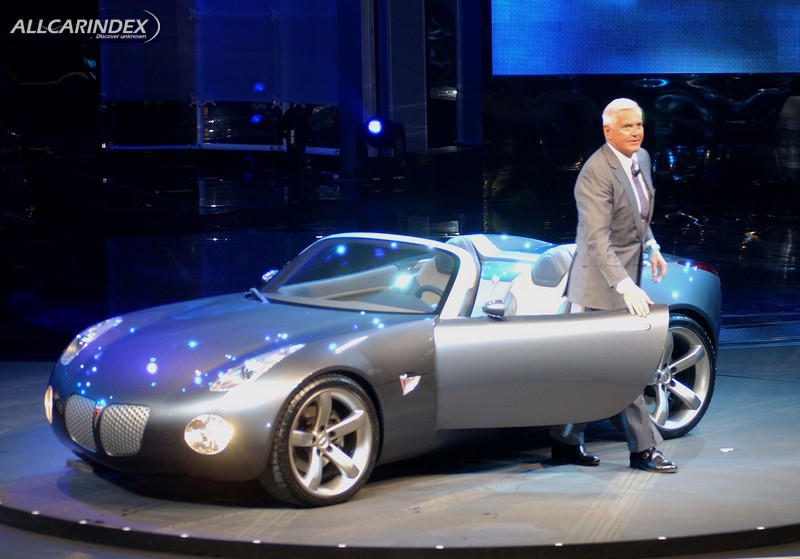 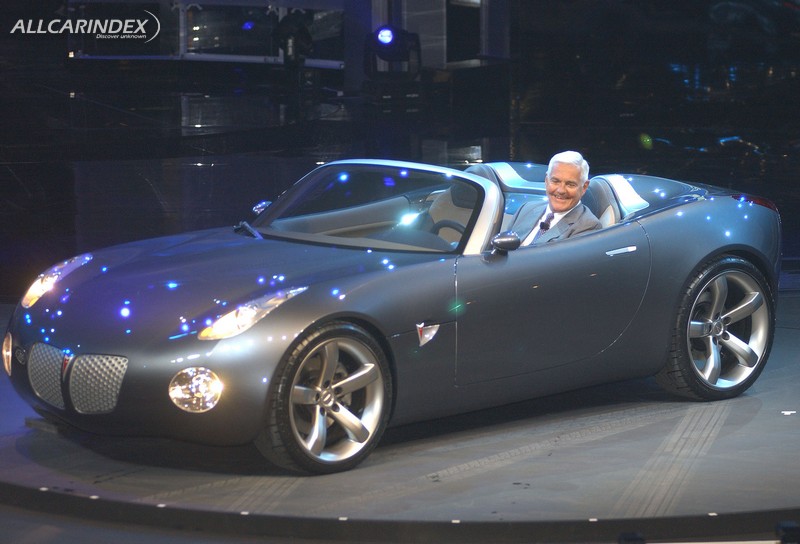 DETROIT -- “Keep it simple, pure, and beautiful and it will be easy to love.”

These were the basic inspirations set down by Bob Lutz, GM’s chairman of North American Operations, in creating a “sketch-off” for the first concept vehicle commissioned by GM’s new product chief. The call went out at the end of September and by mid-October, the Pontiac Solstice roadster was under development.

“The North American market is ripe for an affordable, pure roadster executed to top global standards on perceived quality, both inside and out,” Lutz explained. “The Solstice is striking in its purity and simplicity. The exterior lines are strong, bold and clearly Pontiac – but not over-the-top. The interior is focused on the essential elements of driving -- functional, precise and inviting, executed in a manner that exudes quality and tactile feel.

“In its performance, we simply wanted to capture the true essence of what Pontiac brand character has historically been about -- a stunning amount of thrust, and handling that exceeds the bold promise of the exterior sheet metal. This is youth marketing at its best and most elementary form – no matter how old the buyer is.”

The program was executed in just under four months from the first sketch, to the drivable vehicle. The thesis is an affordable roadster that would sell for about $20,000, which would be very easy to build in a flexible manufacturing environment. This was accomplished using existing componentry from the GM system.

“This is about taking the best and most appropriate pieces from our system and orchestrating them in a way that is compelling,” Lutz said. “This was one that we wanted to execute in a manner that would make production a real possibility. Frankly, the amount of creativity and ingenuity the team used in fulfilling that requirement of the program was really heartening to watch.”

“I actually decided to throw this particular sketch into the running at the last minute, ” said Von Holzhausen. “It was actually based on a coupe I sketched awhile ago and thought might look good as a roadster, so I thought I’d give it a go. I guess the rest is recent history – the ability to design on a program like this is a great opportunity. As much as I’ve enjoyed doing the roadster, it would be great to see a coupe come into play somewhere down the road.”

The exterior is finished in a rich gunmetal gray color, giving the nod to a slight European understatement in the approach. Imposing 19-inch front and 20-inch rear performance tires and wheels fill the wheel openings to provide a strong and powerful distance that accentuates the curves of the body.

The drop-top is a simple “one-hand” operated manual fold down that stows neatly underneath the speedster-style hard cover.

The interior is wrapped in saddle-brown Fragola leather surfaces with exterior color and titanium accents on the console and dashboard. The interior is intimate and clean with attention to detail of execution with the avoidance of any unnecessary accents or controls.

The driver-oriented cockpit uses a two-gauge cluster with tachometer and speedometer. Other critical driver information is displayed on a small LCD screen to the right of the main cluster.

The soul of any worthy roadster is the powertrain. The Solstice is powered by a rear-wheel-drive 2.2-liter DOHC supercharged EcoTec four-cylinder engine generating up to 240 horsepower with premium fuel. The supercharger is an off-the-shelf unit supplied right out of the GM Service Parts performance catalog. The engine is mated to a Borg-Warner performance six-speed manual transmission, the same one used in the Corvette.

The Solstice’s basic structure started life as a derivative of GM’s global small car architecture, with several modifications for structure and balance, including extensive use of aluminum.

The front end uses a simple and reliable strut configuration with a rack-and-pinion steering system derived from the Subaru WRX, one of GM’s alliance partners. The all-aluminum independent rear suspension is derived from GMs mid-size crossover SUV family and also doubles as the mount for the rear differential, which was derived from the new GM mid-size SUVs. Unique fabricated drive-shafts power the rear wheels.

While no plans are existing for production, Lutz is clear it’s something that’s on his mind.

Obviously, you can’t say it’s going to be produced before it’s had a chance to make the rounds,” he explained. “Having said that, you’ve got to feel good about a vehicle such as this. Clearly we’ve approached it with a mindset toward production based on low investment, minimal validation time and flexible manufacturing.

“Frankly, like all the programs we want to pursue, the litmus test will be how passionately people tell us they absolutely have to have it. At the end of the day, that’s all that matters.”