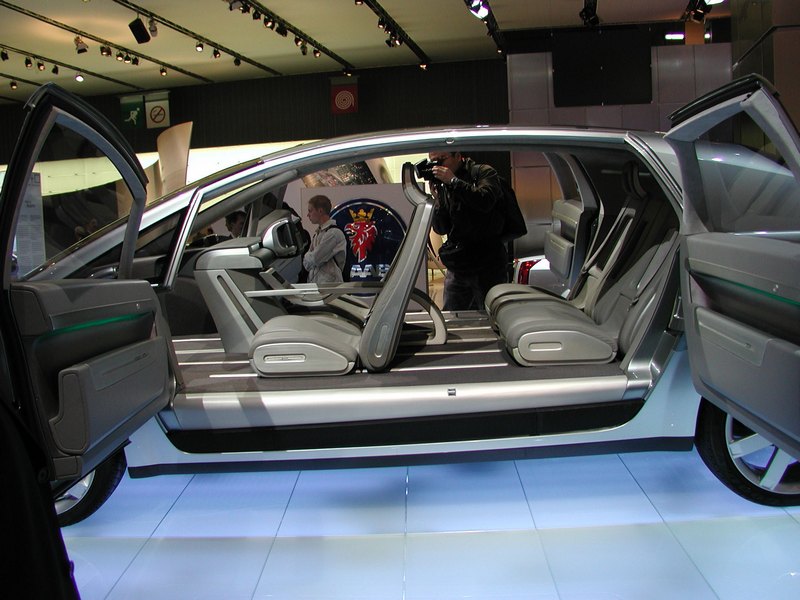 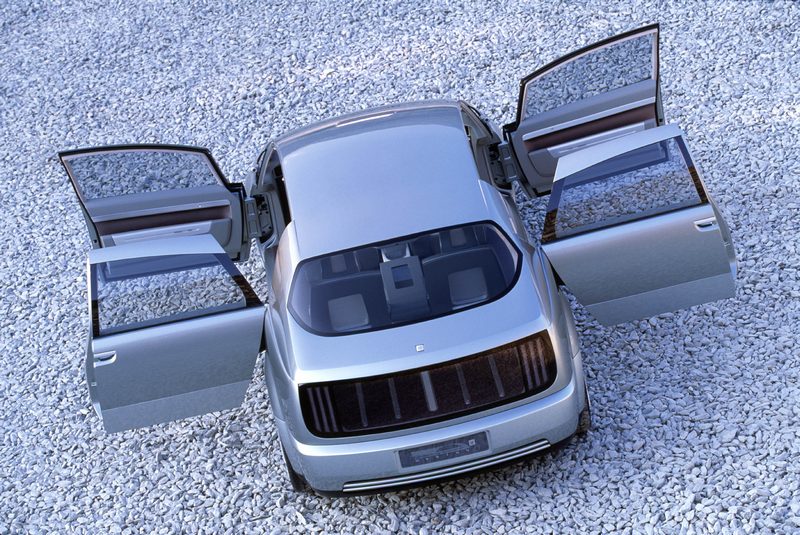 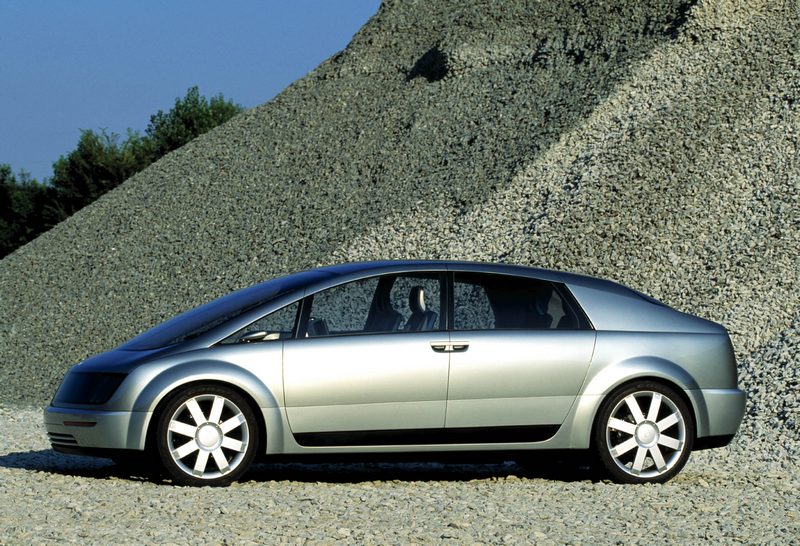 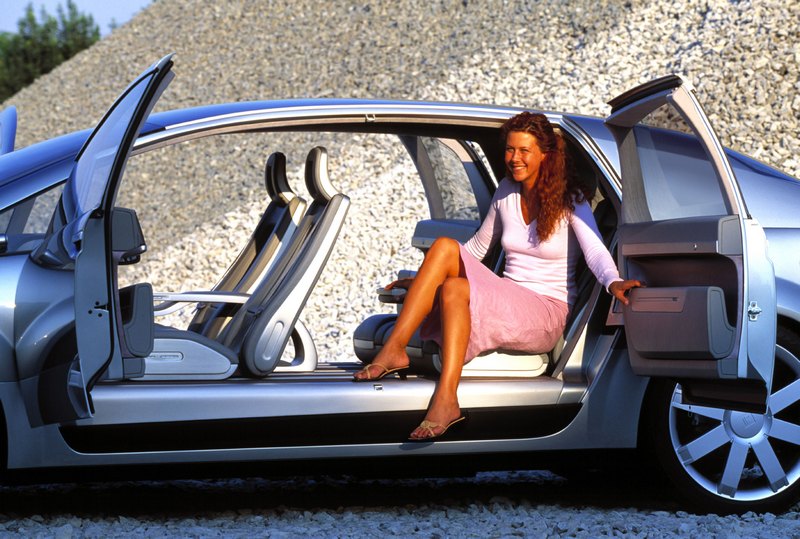 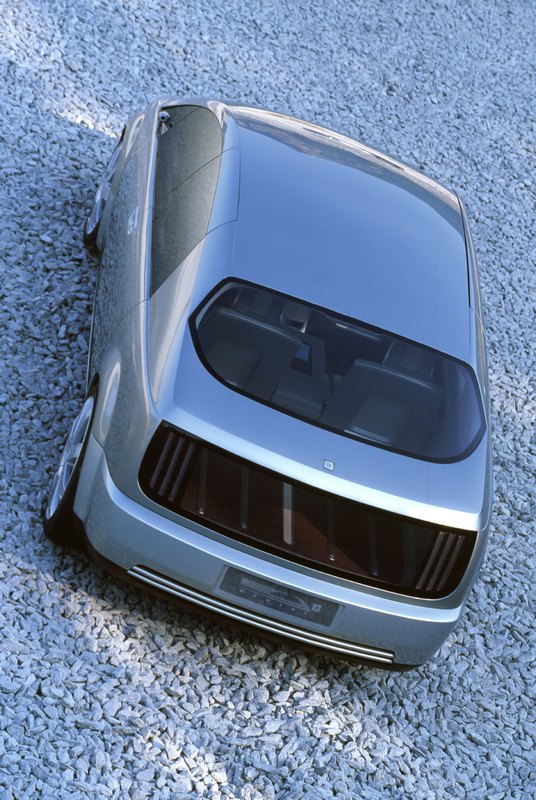 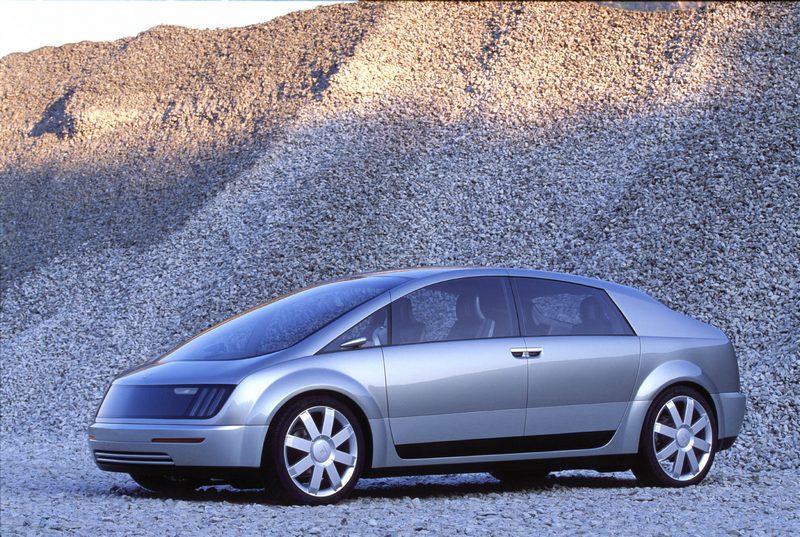 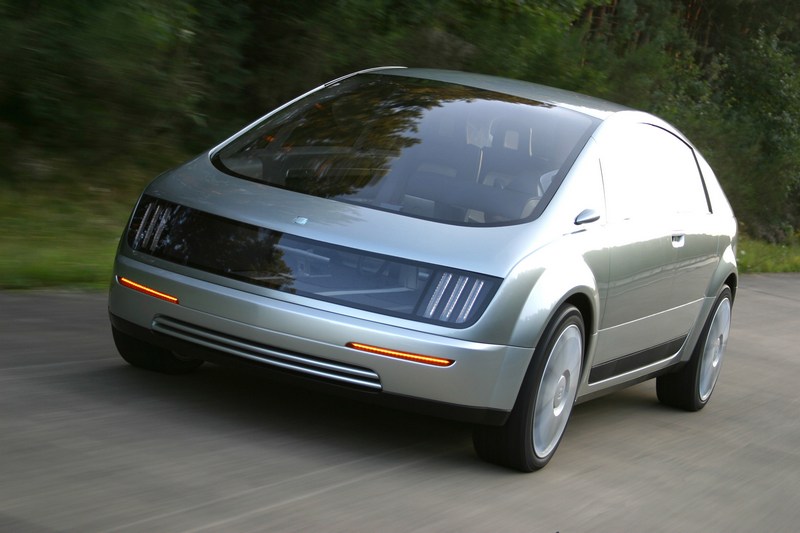 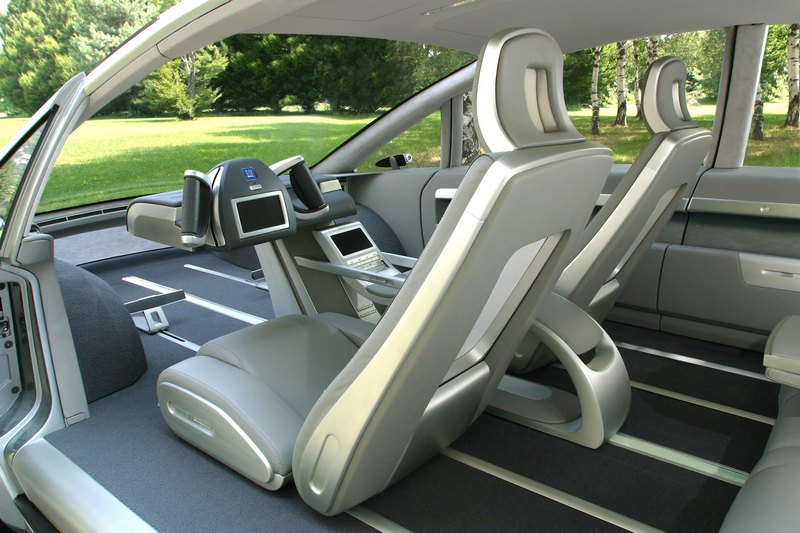 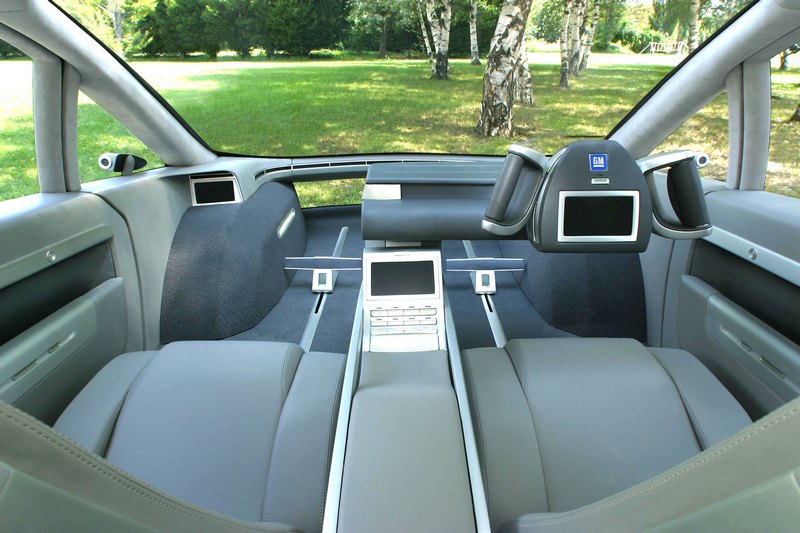 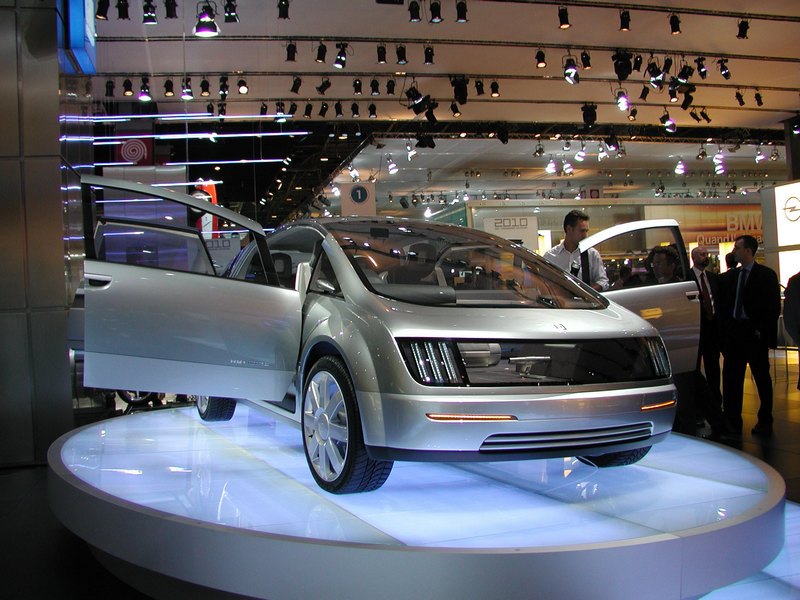 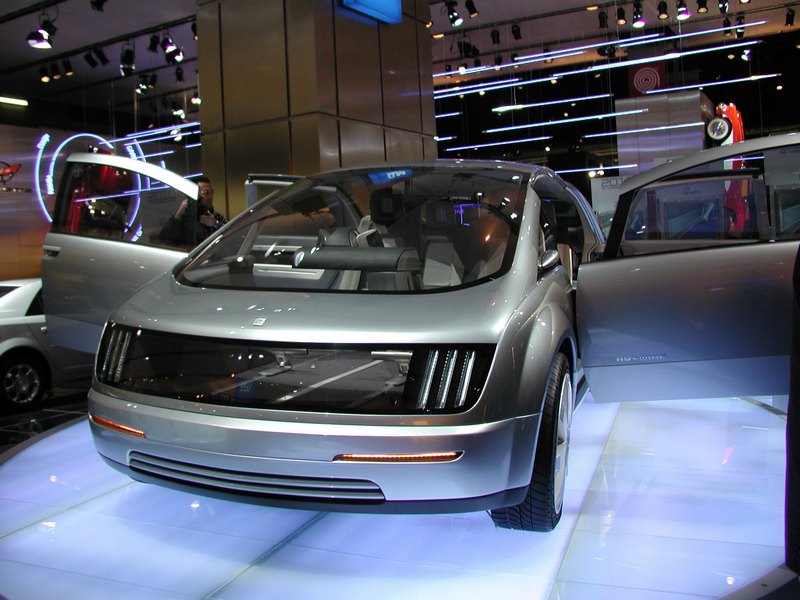 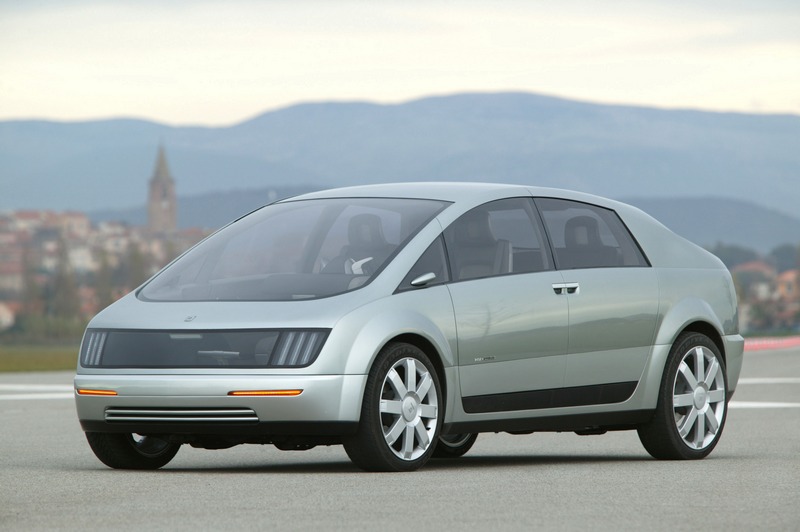 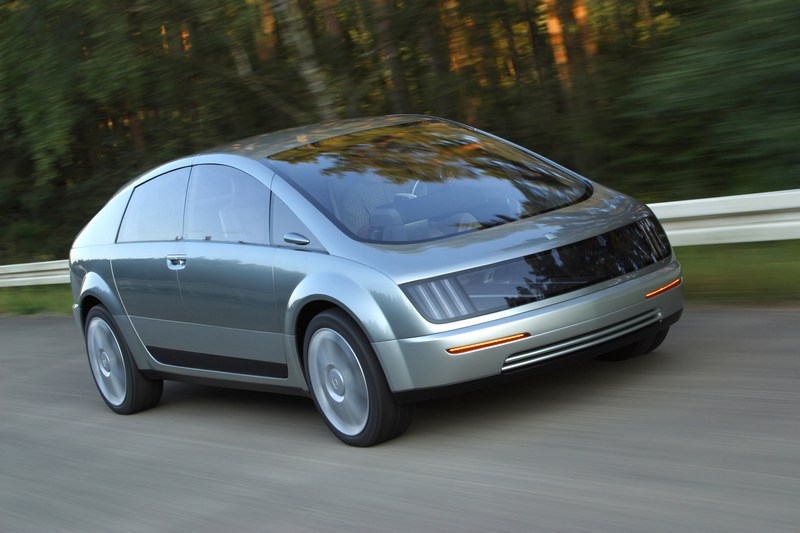 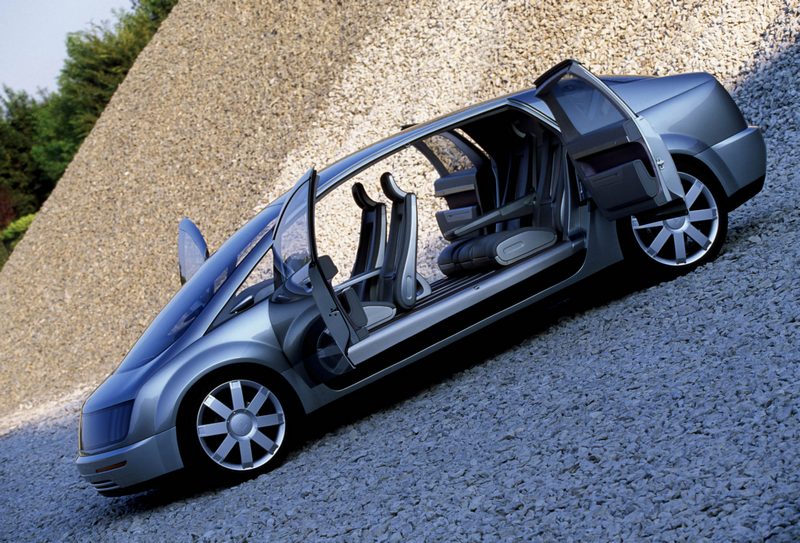 General Motors has revealed a first look at Hy-wire, the first drivable vehicle that combines a hydrogen fuel cell with by-wire technology.

Hy-wire incorporates the features first envisioned in the AUTOnomy concept vehicle at the 2002 North American International Auto Show in Detroit and the Geneva Motor Show. Hy-wire will be introduced to the public at the Paris Motor Show September 26.

"The fact that we developed Hy-wire as a drivable concept vehicle in just eight months (from its introduction in Detroit) shows our commitment to this technology and the speed at which we are progressing," said Rick Wagoner, GM's president and CEO. "With AUTOnomy, GM shared a vision. Hy-wire accelerates our progress with a functional proof of concept which strengthens our confidence in our ability to gain marketplace acceptance of production fuel cell vehicles."

Larry Burns, GM's vice president of research and development and planning, said, "We are driving to have compelling and affordable fuel cell vehicles on the road by the end of the decade. With Hy-wire, we have taken the technology as it exists today and packaged it into an innovative drivable vehicle comparable in size and weight to today's luxury automobiles.

"All of the touring sedan's propulsion and control systems are contained within an 11-inch-thick skateboard-like chassis, maximizing the interior space for five occupants and their cargo. There is no engine to see over, no pedals to operate - merely a single unit called X-drive that is easily set to either a left or right driving position."

GM designers and engineers in the United States developed the vehicle chassis and body design, as well as the engineering and electrical system integration. Engineers at GM's research facility in Mainz-Kastel, Germany, integrated the fuel-cell propulsion system, which is the same system used in the HydroGen3 concept, based on an Opel Zafira and shown at the 2001 Frankfurt Motor Show.

American designers also worked closely with Italian design house Stile Bertone in Turin, where the body was built. The SKF Group, headquartered in Sweden, developed the by-wire technology in the Netherlands and in Italy.

"By combining fuel cell and by-wire technology, we've packaged this vehicle in a new way, opening up a new world of chassis architectures and customized bodies for individualized expression," said Chris Borroni-Bird, director of GM's Design and Technology Fusion Group and program director of the Hy-wire concept.

According to Wayne Cherry, GM's vice president of Design, the chassis architecture provides designers the freedom to create a number of different body styles. "Until now, fuel cells and by-wire have been demonstrated as if they were an end in themselves," said Cherry. "But we look at this technology as enabling us to create a number of exciting new body styles for consumers to choose from. This is just the second interpretation of many to come."

"Hy-wire is a luxury vehicle in the sense that it is a luxury to have the kind of space and visibility this car provides," said Ed Welburn, executive director of GM Design for Body-on-Frame Architectures. "The design is built around the fact that there is no engine compartment; the vehicle is very open from front to rear. This is intentional to highlight the openness in the interior and the range of possibilities."

To show off this radically new architecture, the front and rear panels are made of transparent glass. Onlookers can see through the car from front to rear; the liberal use of glass and the absence of a hood also provide a greater visual command of the road for the driver. To reinforce this effect even the seat backs are open. There is no B-pillar between the front and rear doors. Drivers and passengers have greatly enhanced legroom.

"The most dramatic view of this car may be from the driver's seat," Welburn said. "Imagine having no engine, instrument panel or foot pedals in front of you - an open, yet secure cockpit with a floor to ceiling view."

The X-drive, which allows steering, braking and other vehicle systems to be controlled electronically rather than mechanically, provides greater freedom for the driver. Drivers now have the option to brake and accelerate with either the right or left hand. The driver accelerates by gently twisting either the right or left handgrip, and brakes by squeezing the brake actuator also located on the handgrips. The handgrips glide up and down for steering.

The X-drive, which also incorporates an electronic monitor for vital car functions, shuttles easily from side-to-side on a horizontal bar that stretches across the full width of the vehicle. It provides another example of the extreme flexibility of the car's architecture.

A single docking port provides the electrical connection between the all-aluminum chassis and the fiberglass body. Mechanically, there are 10 body attachment linkages.

The fuel cell stack, which produces a continuously available power of 94 kilowatts, is installed in the back of the chassis. Most of the chassis is 11-inches thick, tapering to 7 inches at the edges. The electrical motor drives the front wheels and is installed transversely between them. Three cylindrical storage tanks are located centrally in the chassis.

Hy-wire weighs 1,900 kilograms (4,180 pounds) with 20-inch tires in front and 22-inch tires in the rear. Putting all technical elements into the chassis provides a low center of gravity, giving the architecture both a high safety and driving dynamics potential. Passive safety requirements will be fulfilled using impact-absorbing elements, so-called crash boxes, at a later stage of development.

"Most of the powertrain load has been evenly distributed between the front and rear of the chassis so there is a lower center of gravity for the whole vehicle, without sacrificing ground clearance," Borroni-Bird said. "This contributes to the overall safety of the vehicle by enabling superior handling, while resisting rollover forces, with the tallest body attached."

GM has more than 30 patents in progress covering business models, technologies and manufacturing processes related to the Hy-wire concept.