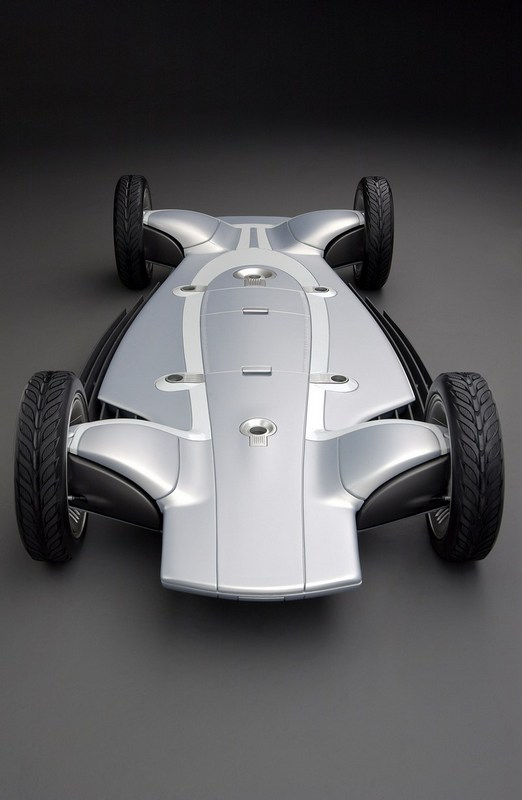 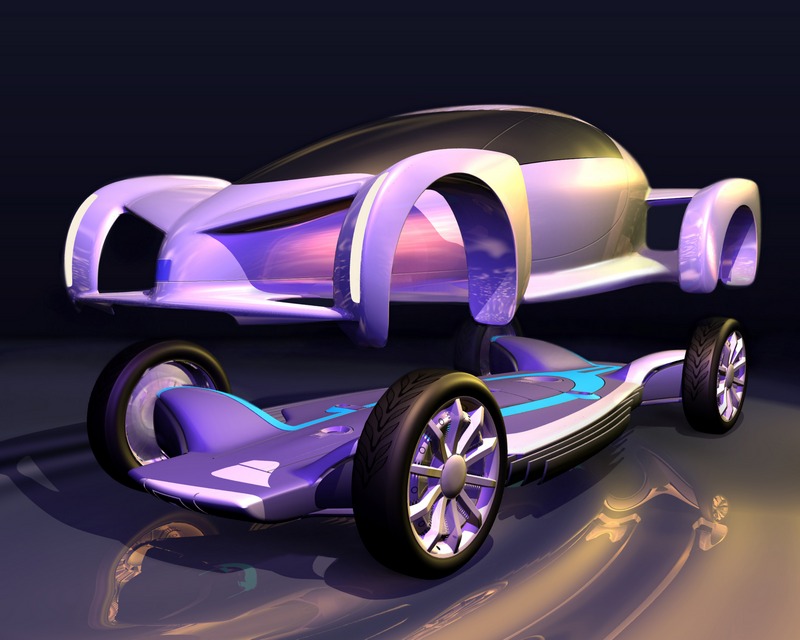 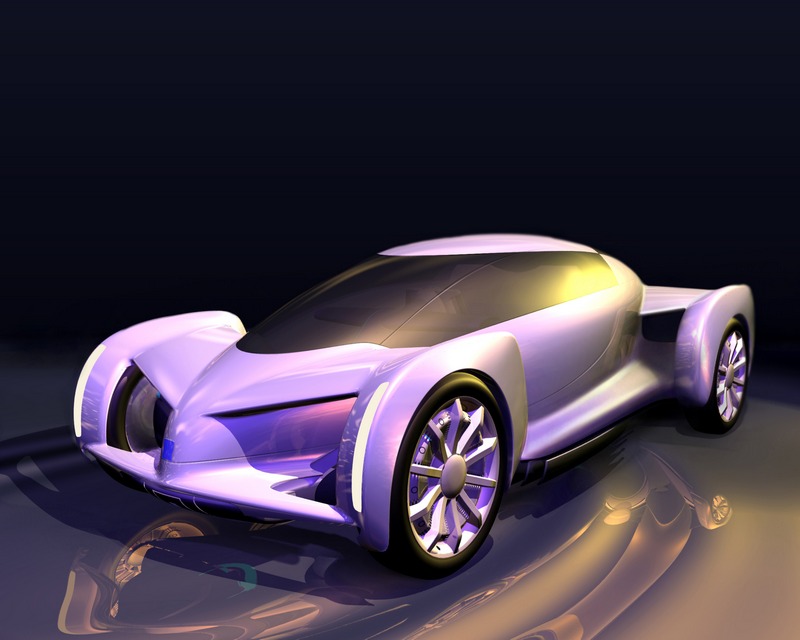 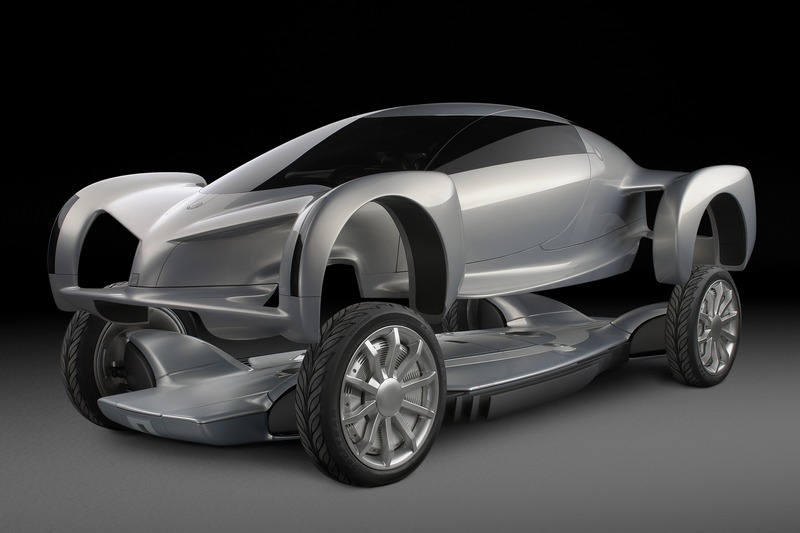 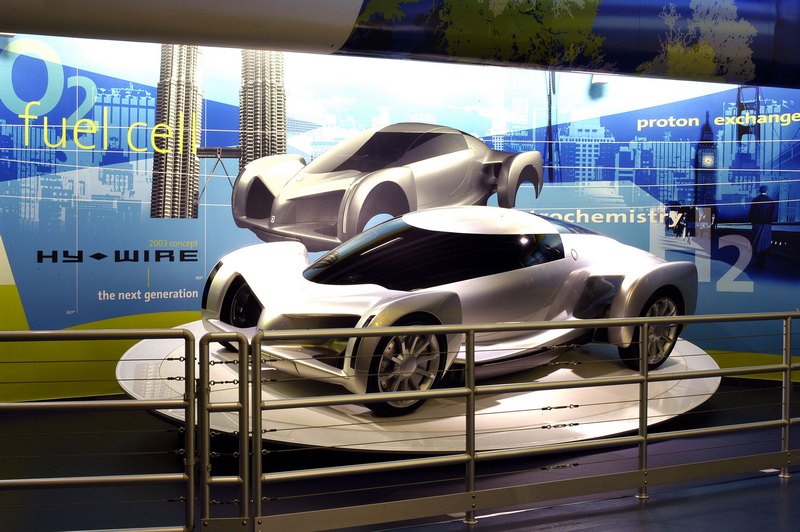 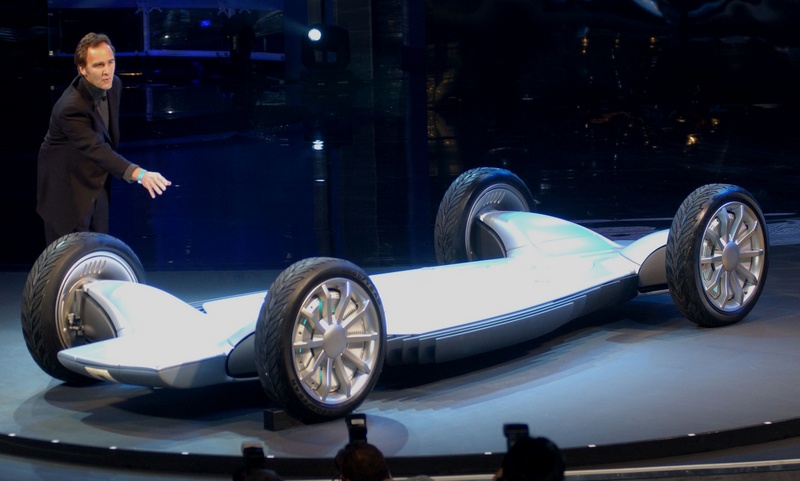 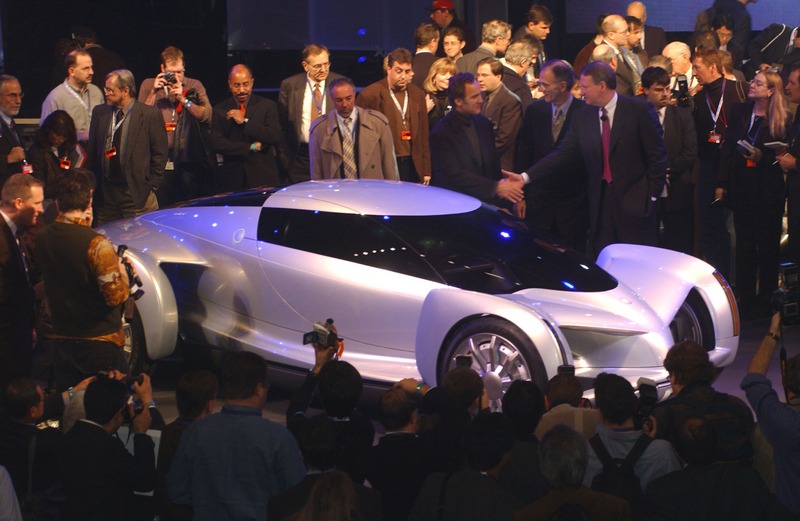 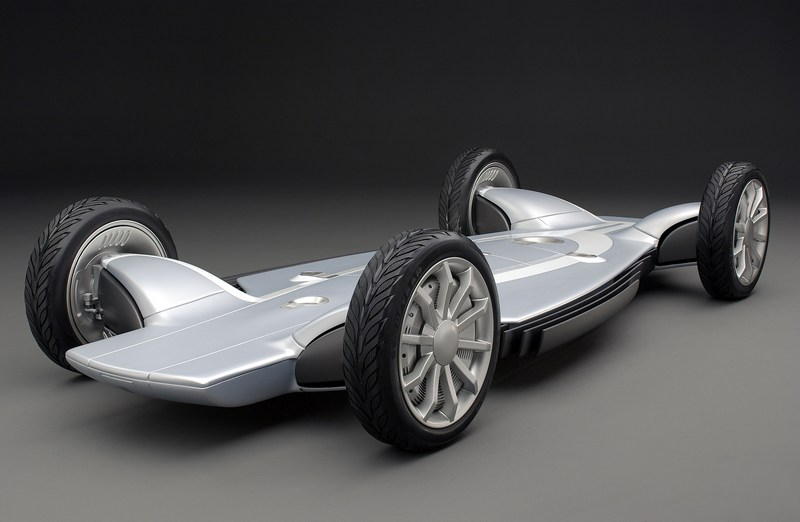 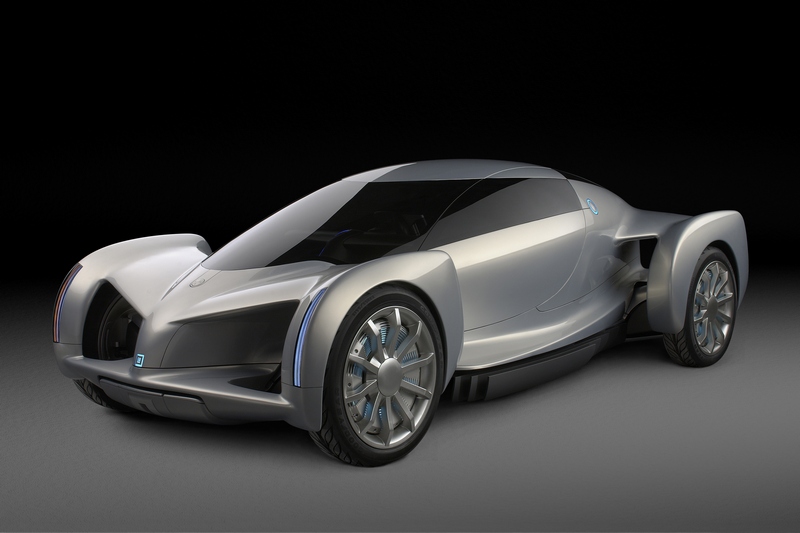 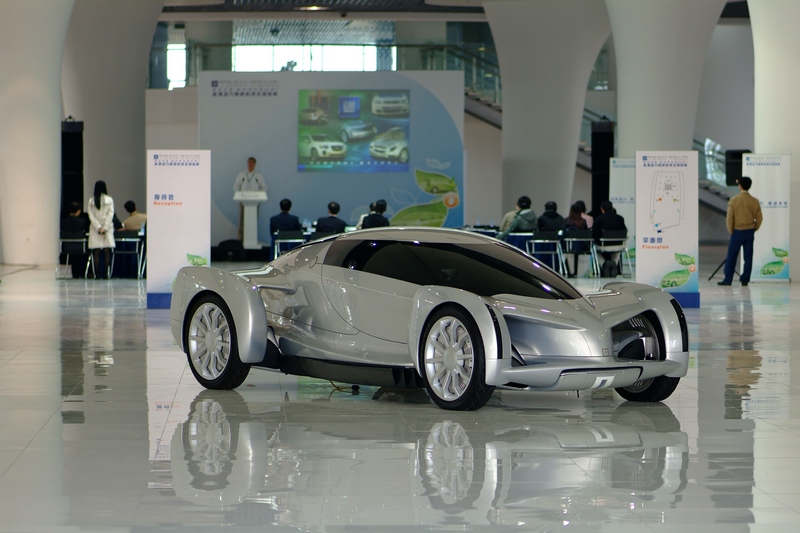 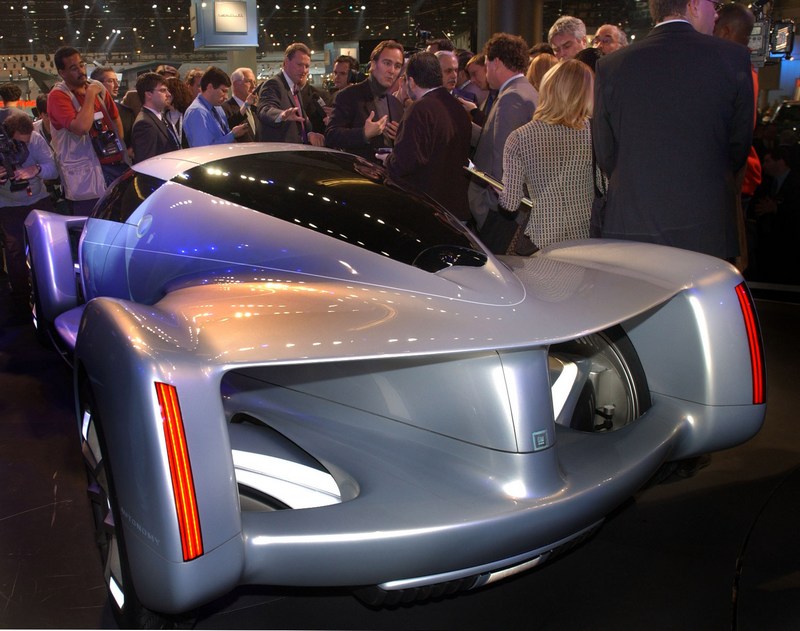 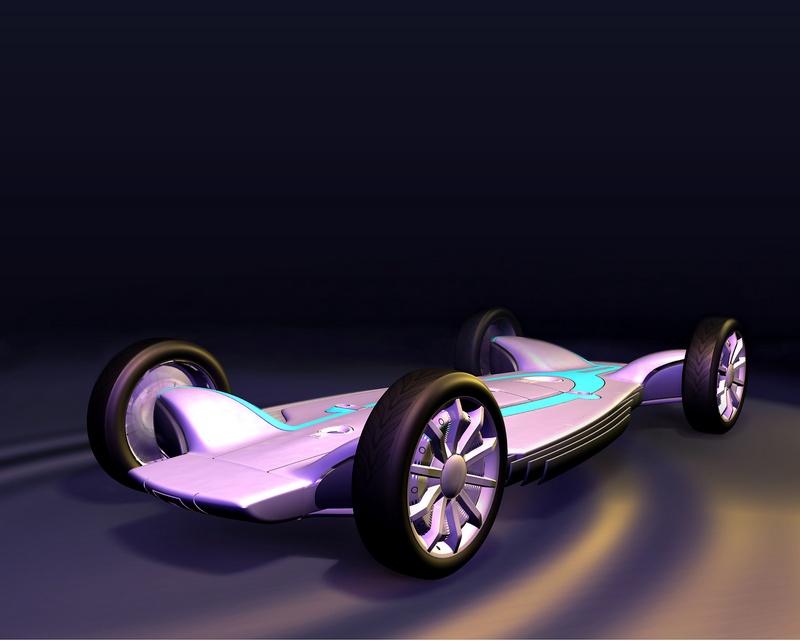 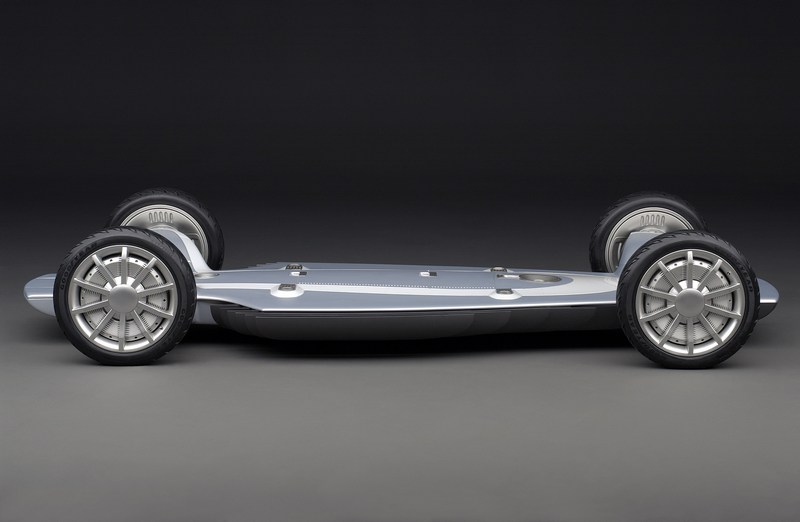 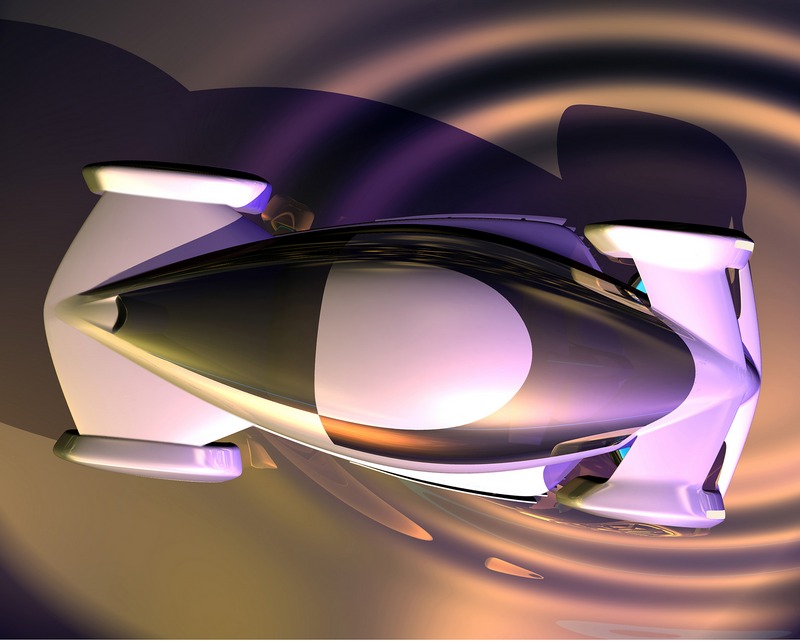 DETROIT – When Rick Wagoner, President and CEO of General Motors Corp., asked a simple ‘What if?’ question, the answer he got surprised even him. It’s a futuristic concept vehicle called AUTOnomy. ‘We started with the premise, ‘What if we were inventing the automobile today rather than a century ago? What might we do differently?” Wagoner said. ‘AUTOnomy is more than just a new concept car; it’s potentially the start of a revolution in how automobiles are designed, built and used.’ AUTOnomy is the first vehicle designed from the ground up around a fuel cell propulsion system and the first to combine fuel cells with x-by-wire technology, which allows steering, braking and other vehicle systems to be controlled electronically rather than mechanically.

According to Larry Burns, GM Vice President of Research and Development and Planning, the result is an entirely new vehicle architecture that is far greater than the sum of its innovative parts. With AUTOnomy, an almost endless variety of affordable, all-wheel-drive vehicles could be built from a limited number of common chassis – possibly as few as two or three – emitting only water from the tailpipe and using renewable energy.

AUTOnomy is about freedom – the freedom of our customers to buy cars and trucks that ignite their passion. And the freedom of our designers to develop the kinds of vehicles that our customers can fall in love with. It’s also about energy and environmental freedom – enabling GM to develop and market sustainable vehicles as part of a sustainable economy.

The AUTOnomy concept provides a vision of the potential of the coming hydrogen economy. With a hydrogen economy, we have a major opportunity for sustainable economic development, which respects the environment and creates the path to non-petroleum and renewable energy sources without constraining economic growth.

Just as GM’s experimental Firebird I, II and III vehicles of the 1950s showed a daring vision of the future, AUTOnomy provides a glimpse into GM’s revolutionary vision for the 21st century: a socially responsible, infinitely adaptable and globally marketable vehicle line that has minimal design constraints.

A lot has been written about the potential of fuel cell technology and the hydrogen economy to address energy and environmental challenges. AUTOnomy has the potential to reduce petroleum consumption, decreasing emissions and increasing our energy independence.

Since a fuel cell propulsion system is about twice as efficient at an internal combustion engine, a fuel cell vehicle could provide twice the fuel efficiency of a comparably sized conventional vehicle, and an optimized fuel cell vehicle like AUTOnomy would be even more efficient. The Precept concept that GM showed in 2000 projected over 100-mpg gasoline-equivalent for a full-size car. With AUTOnomy, even better results can be expected as designers explore the opportunities afforded by this unconstrained architecture.

With all of its propulsion and control systems contained within a six-inch-thick skateboard-like chassis, the vehicle body is freed from traditional design requirements.

There’s no engine to see over. People could literally sit wherever they are comfortable. Drivers wouldn’t have to sit in the traditional left-hand location. They could move to the center of the vehicle or they could move much closer to the front bumper or further back.

It will take a little getting used to, but it’s maximum freedom, maximum space for people and their stuff. There wouldn’t be foot pedals or a steering column. The body shape could be literally anything you want it to be.

This would lead to customized bodies and more individualized expression, Cherry said. In fact, a customer could lease multiple bodies and swap them out throughout the week, depending on their needs.

We’ve chosen this sleek, futuristic two-seater, but it doesn’t have to be that way at all. Next, we might do a mobility body that allows a wheelchair user to roll right into the driving position, or a 10-seat transit bus. We’ve even talked about a seating position that puts the driver right up front, like a helicopter pilot.

In developing nations, one chassis might be the common base for vehicles as diverse as luxury limousines or farm vehicles. In urban Asia, the platform might support a jitney bus; in rural Africa, it might be used as a reliable, environmentally friendly tractor.

A new way to build and sell vehicles

AUTOnomy would dramatically affect the way vehicles are built, distributed and even marketed.

All of AUTOnomy’s essential systems, including the fuel cell stack and on-board hydrogen storage system, are neatly packaged in the skateboard-like chassis. The unit is intended to last for years, much longer than a conventional vehicle. This universal “skateboard” chassis simplifies manufacturing and service, and enables a wide variety of vehicles to be built on a small number of platforms with much shorter product development cycles.

The nerve center of AUTOnomy’s electrical system is a universal “docking port,” or connection, at the center of the “skateboard” chassis. The docking port creates a quick and foolproof way to connect all of the body systems – controls, power and heating – to the rolling chassis. That makes the vehicle body lightweight and uncomplicated. With customized bodies that are easy to switch, customers could lease multiple body styles, depending on their needs.

Because computers and software control the x-by-wire systems, upgrades can be downloaded to improve vehicle performance or tailor handling to suit a particular brand character, body style, or customer preference.

The car or truck would not only be transportation, but would also be a power source. Imagine the impact of a vehicle that can provide transportation, power or heat. And we’ve only scratched the surface of what this idea might do. GM has partnered with SKF, a Swedish–based global supplier, to develop the x-by-wire technology for AUTOnomy. Italian-based Bertone is another key supplier.

New technology confers added benefits From a safety perspective, the “skateboard” chassis creates an unusually low center of gravity without sacrificing ground clearance. This gives it superior handling while resisting rollover forces, even with the tallest body attached. In a crash, the stiff chassis below the floor would absorb most of the crash forces, helping to prevent passenger compartment intrusion that can occur with today’s internal combustion engines, steering columns and foot pedals.

Because of its x-by-wire controls, the driver has no pedals to operate, merely a steering guide – called X-Drive – that is easily set to a left, right or even center driving position. This frees up the seating to be more flexible and comfortable. The interior floor is completely flat, creating more interior space, flexibility and accessibility.

With its robust 42-volt electrical system, the car is configured to run any number of devices in the passenger compartment, from homes to entire farms.

“By combining fuel cells and x-by-wire, we can explore the design, use and marketing of transportation devices that truly give our customers what they want – regardless of where or how they live now or in the future,” Burns said. “This is the first concept vehicle that captures the vision and potential of where fuel cell technology will lead the industry in every region of the world, well within the lifetimes of most of the people who will be visiting this show.

“This is a global vision because GM and its alliance partners have an unparalleled ability to design and build vehicles all over the world. “Some people think the auto industry is mature, with evolutionary innovation and slow growth,” said Burns. “But the AUTOnomy concept reinforces the incredible growth potential of the automobile industry worldwide. What if the entire world could affordably enjoy as much mobility freedom as the developed world does today? Add to that the ability to power up your home or your farm from your vehicle. With these capabilities, AUTOnomy may prove to be as important as the original invention of the automobile.