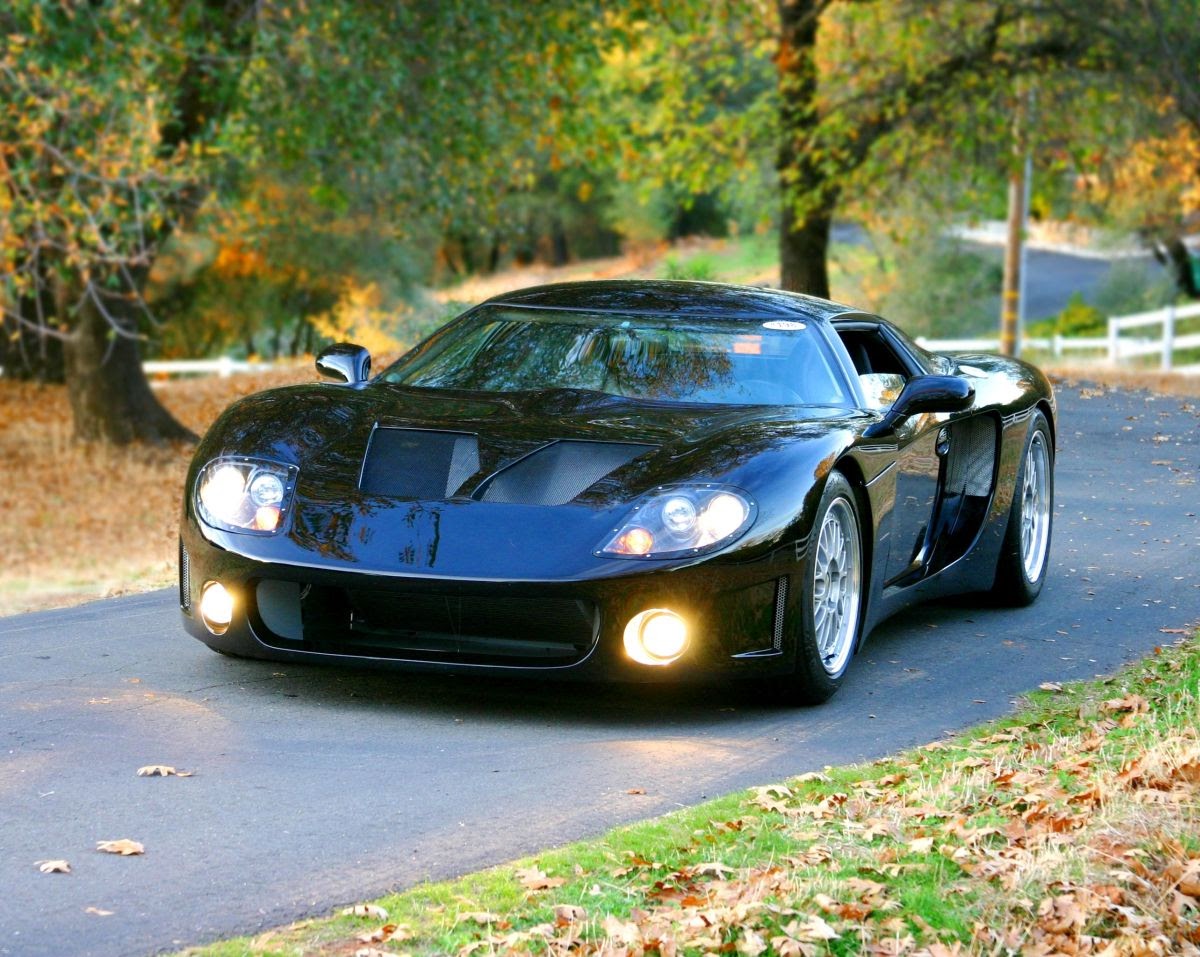 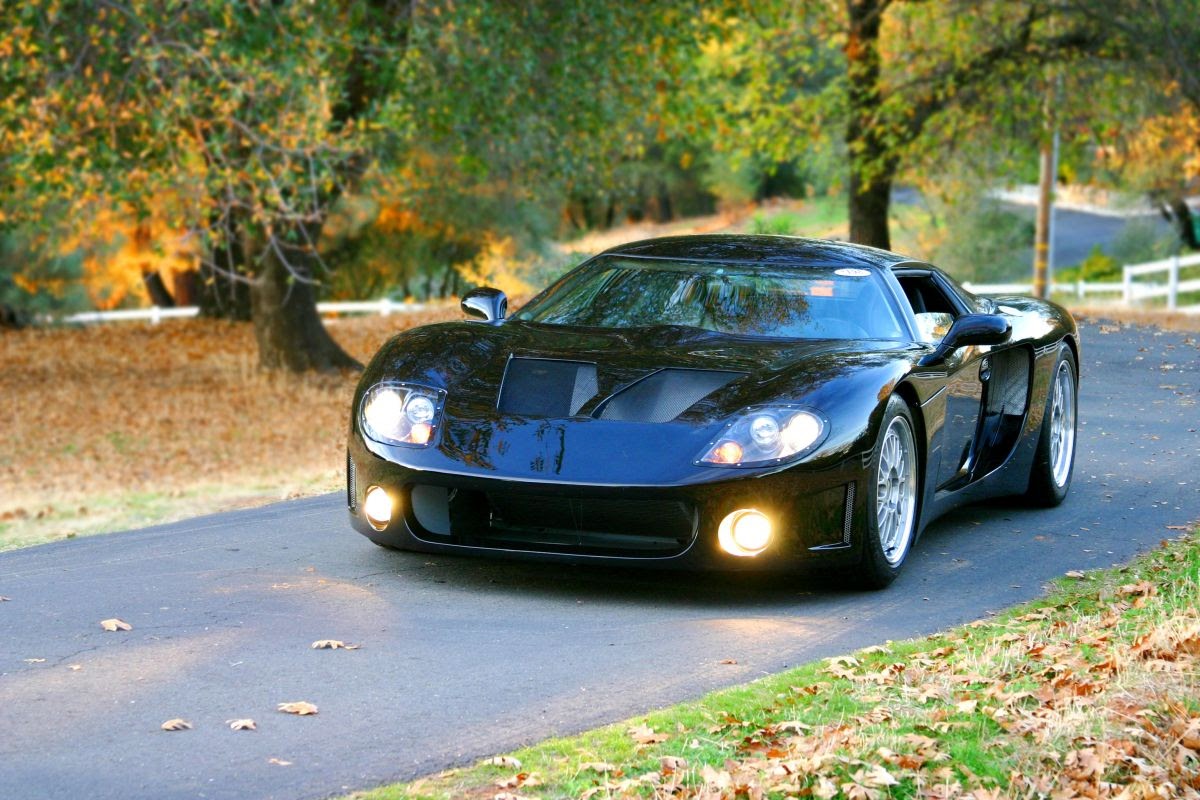 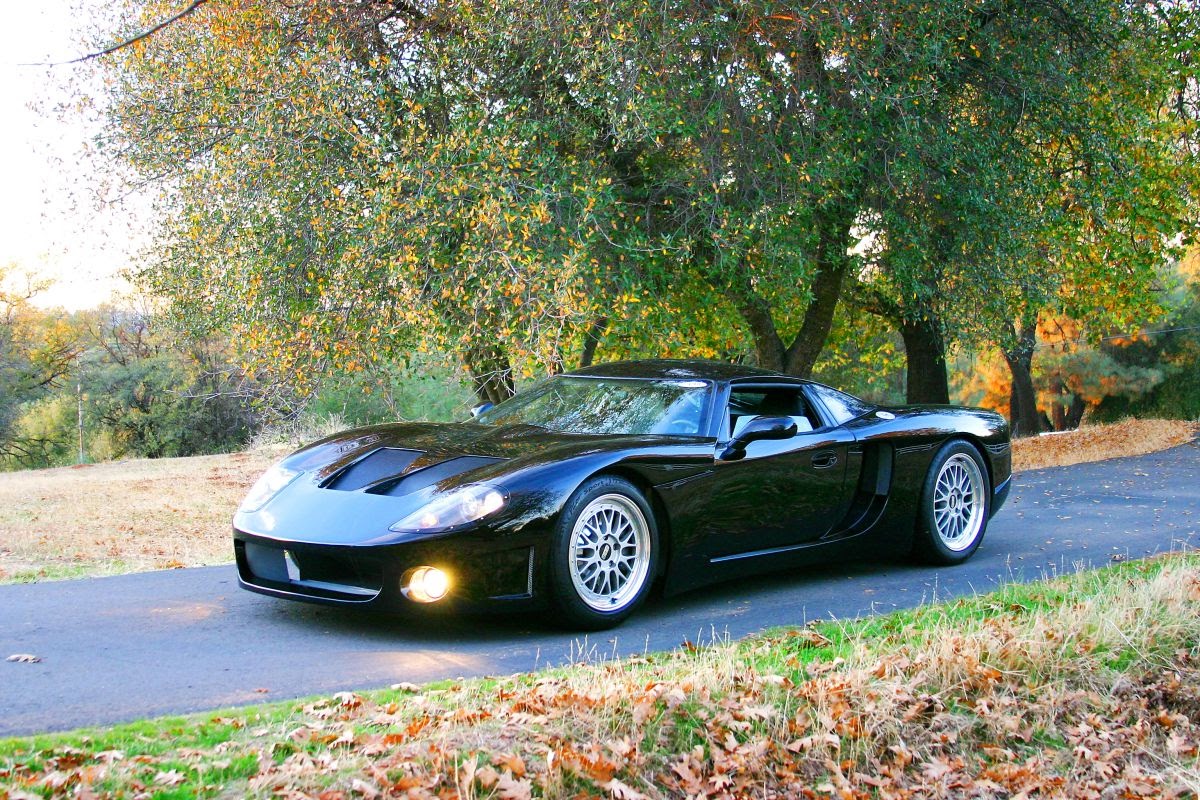 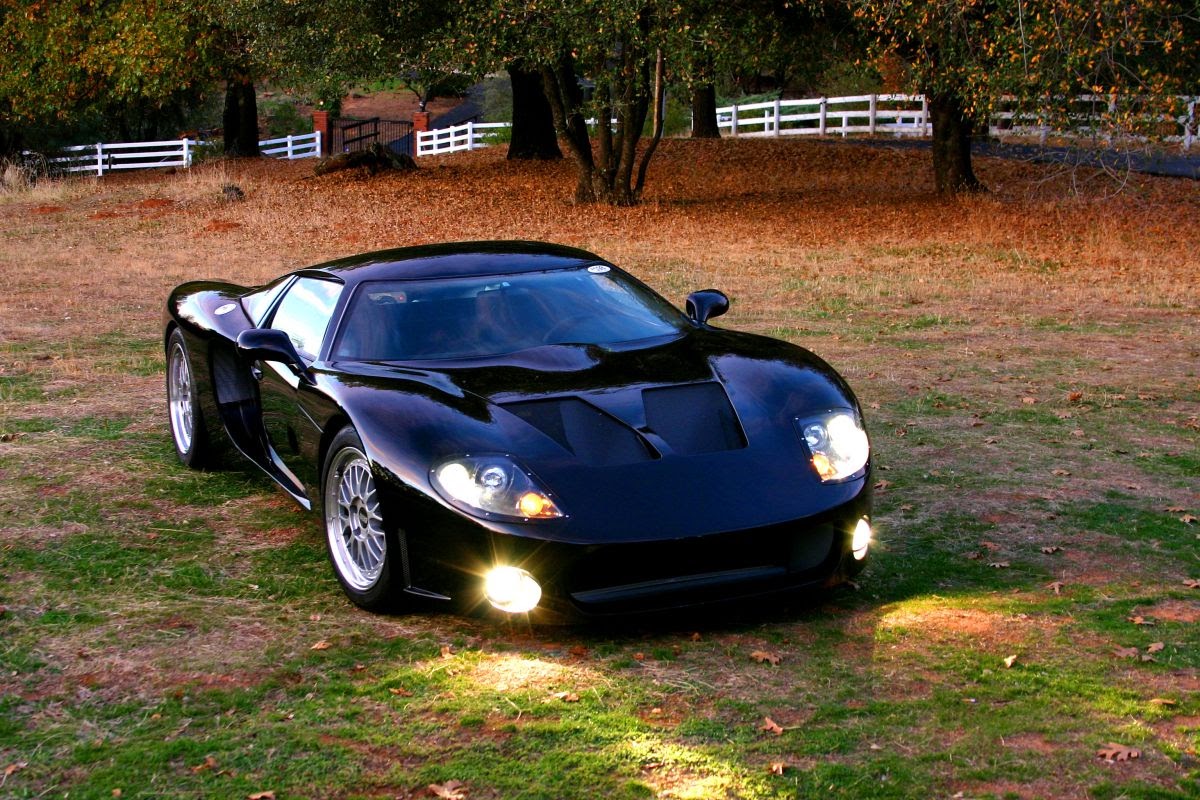 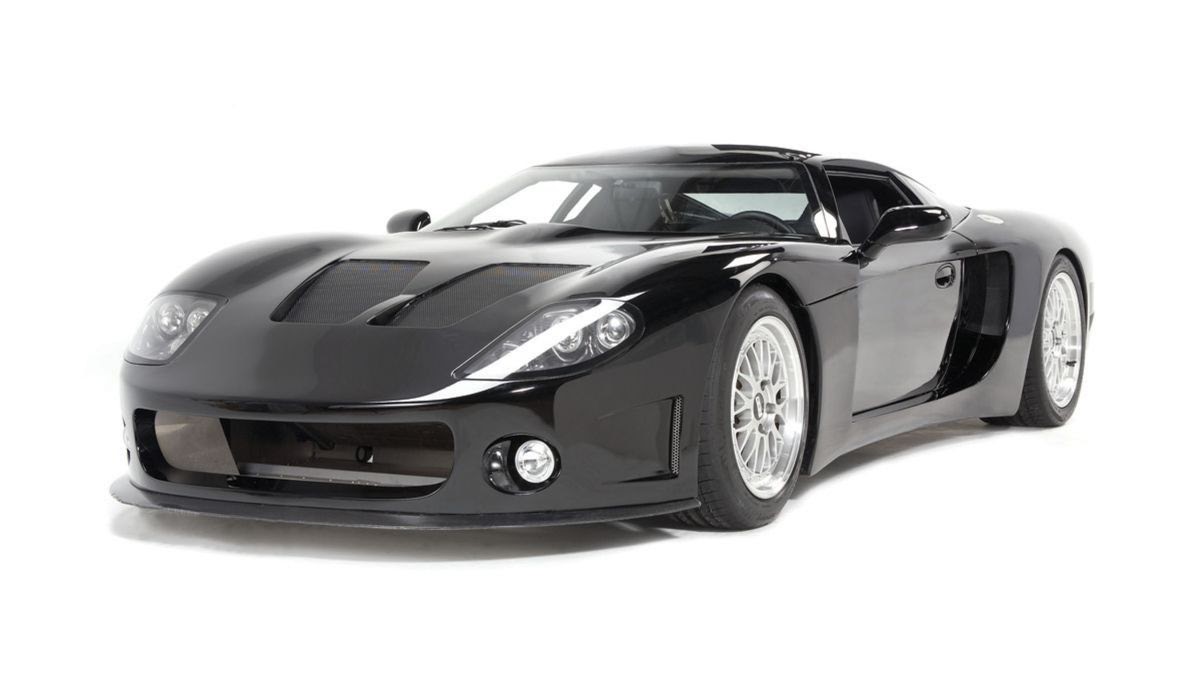 Capstone Turbine Corporation (www.capstoneturbine.com) (Nasdaq:CPST) is pushing traditional hybrid electric vehicle barriers with the introduction of the CMT-380, a high performance hybrid electric supercar powered by traditional batteries and an untraditional ultra low emission range extending microturbine, which is essentially like having an ultra-clean and quiet jet engine under the hood. The supercar, which is in the design and test phase, was developed in partnership with Electronic Arts Chief Creative Director Richard Hilleman.

The prototype hybrid electric supercar with microturbine technology will debut at the LA Auto Show Dec. 2-13.

"The sleek-looking, low to the ground, high-performance supercar definitely raises hybrid's cool factor on several levels," stated Jim Crouse, Capstone's Executive Vice President of Sales and Marketing. "The CMT-380's design performance numbers speak for themselves: 0-60 mph in 3.9 seconds, 150 mph top speed, and an unheard-of driving range of up to 500 miles on a single tank of fuel, all with ultra-low exhaust emissions that rival any hybrid on the market today," added Crouse.

Capstone and Hilleman's microturbine enabled hybrid supercar features a Capstone C30 (30-kilowatt) microturbine that runs on diesel or biodiesel, which is housed inside a sleek Factory Five Racing GTM body. The Capstone C30 microturbine is so clean it does not require any exhaust after treatment to meet stringent clean air requirements of the California Air Resources Board or EPA 2010.

The CMT-380 features lithium-polymer battery cells that can be charged at home or at a public recharging station. While driving, the sports car can operate on 100 percent battery power in zero emissions mode for a range of up to 80 miles. When the batteries reach a predetermined state of discharge, the Capstone C30 microturbine quietly fires up and recharges the batteries on the fly to extend the driving range up to 500 miles. The diesel fueled C30 microturbine requires less maintenance than traditional combustion engines and produces ultra-low exhaust emissions.

"Capstone's CMT-380 is just now finishing up the conceptual design and first article testing stage," said Darren Jamison, Capstone President and CEO. "We plan to finalize very soon a limited production plan, in part, based on interest received at the LA Auto Show. We anticipate customers will be a select group of individuals who appreciate its many innovative high-performance and high-technology driving characteristics, long driving range and ultra-low emissions," added Jamison.

"Not only does this car look great and is fun to drive, but its low-maintenance, high-efficiency turbine engine makes it a stress-free, no compromise hybrid," said Richard Hilleman, CMT-380 co-creator. "The CMT-380 is perfect for people who want it all. These kinds of customers value a high level of driving performance but also are concerned about social issues such as reducing greenhouse emissions and limiting our country's dependence on foreign oil," added Hilleman.

Hybrid Electric Cars One of Many Applications of Microturbine Technology Worldwide

Capstone Turbine is the world's leading producer of clean-and-green, highly efficient and reliable microturbines. Capstone's 30-kilowatt microturbines have been installed in hybrid electric buses, trolleys and transit shuttles around the world, including hybrid buses operating today in U.S. cities like New York, Baltimore and Charlotte, and internationally in London, Tokyo, Paris, Rome and Auckland, reducing greenhouse emissions and extending the range of these state of the art hybrid electric vehicles.

"The vehicle market is not a new market for Capstone," Jamison said. "In fact hybrid electric vehicle applications have always been part of Capstone's vision since the company was founded back in 1988. The first microturbines Capstone designed and built were integrated into automotive applications. But like all new technologies, timing is everything and our initial hybrid design for cars was ahead of its time and the company turned to the more mature stationary power markets. Now, more than two decades later, hybrid electric vehicles are gaining interest in the market and people are taking another look at microturbines as electric vehicle battery chargers and for public charging stations," added Jamison.

Earlier this year, a C30 liquid-fueled microturbine was successfully integrated into a Ford S-Max people carrier in the United Kingdom by Langford Performance Engineering Ltd. You can see more information about the Langford Whisper hybrid electric microturbine vehicle at http://www.capstoneturbine.com/news/story.asp?id=512.

"The Capstone CMT-380 is a fun hybrid car with tremendous performance. Although it is not in Capstone's business plan to start manufacturing complete cars, the limited production CMT-380 and Langford Whisper hybrid demonstration vehicle are intended to showcase the technology and demonstrate value proposition of microturbines as electric vehicle range extenders," added Jamison. "Both Capstone and Langford have been in discussions with automotive industry companies, and these concept and demonstration vehicles help showcase the technology and generate public awareness of the benefits of microturbine technology."

Capstone has shipped over 5,000 microturbines worldwide which are able to produce energy ranging from 30 kilowatts up to 5 megawatts and are supplying power at sites around the world, including office buildings, hospitals, hotels, universities, oil and gas applications, landfills, waste water treatment plants, farm digesters, industrial manufacturing operations and others.

Capstone microturbines can run on a variety of fuels, including natural gas, waste methane from landfills, biodiesel, diesel, kerosene and propane. Microturbine efficiency increases when used in Combined Heat and Power (CHP) and Combined Cooling Heat and Power (CCHP) applications that utilize waste heat energy produced by the microturbines to recapture and heat water or buildings, or run through an absorption chiller to create air conditioning.

What is a Microturbine?

The CMT-380's 30-kilowatt microturbine features an electric generator and turbine components mounted on a single shaft, which is supported by air bearings -- so there are no liquids to lubricate or cool the microturbine. It uses a patented combustion system to achieve extremely low exhaust emissions that do not require expensive exhaust after treatment to meet stringent California Air Resources Board and EPA 2010 requirements. Even more efficiency comes from its patented recuperator (or air-to-air heat exchanger), which extracts energy from the exhaust stream and recycles it to preheat air coming into the combustion chamber, thus greatly increasing efficiency. Capstone microturbines are well-known for several reasons: