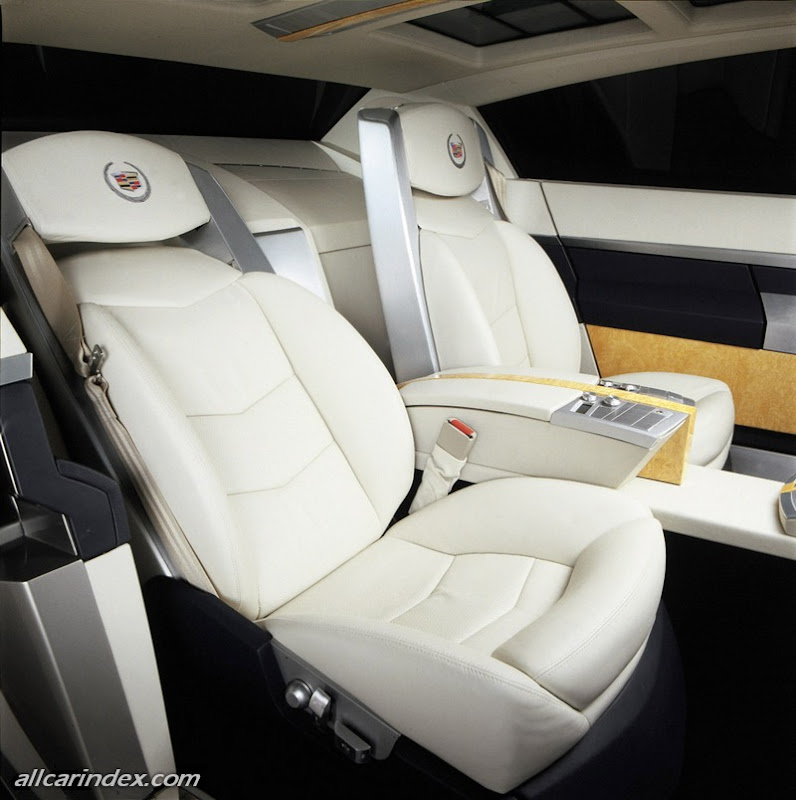 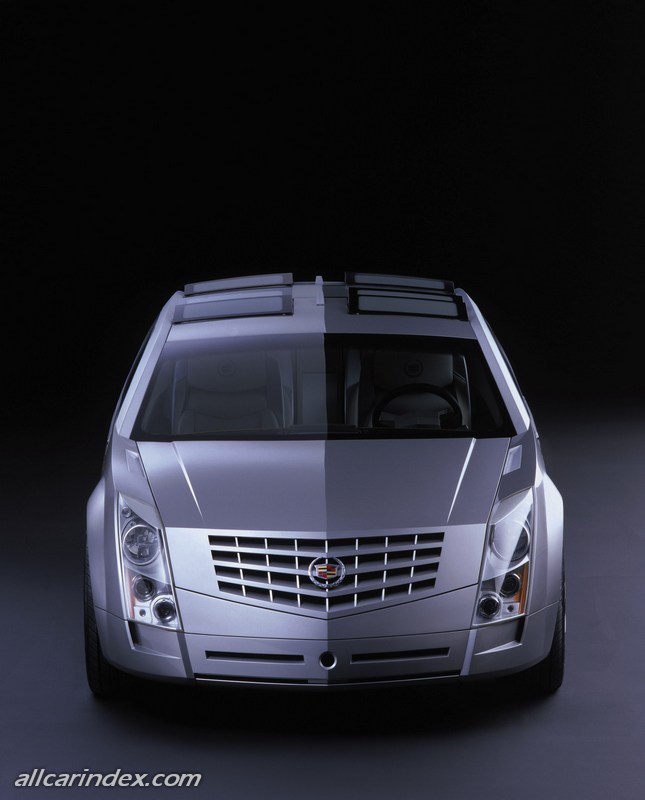 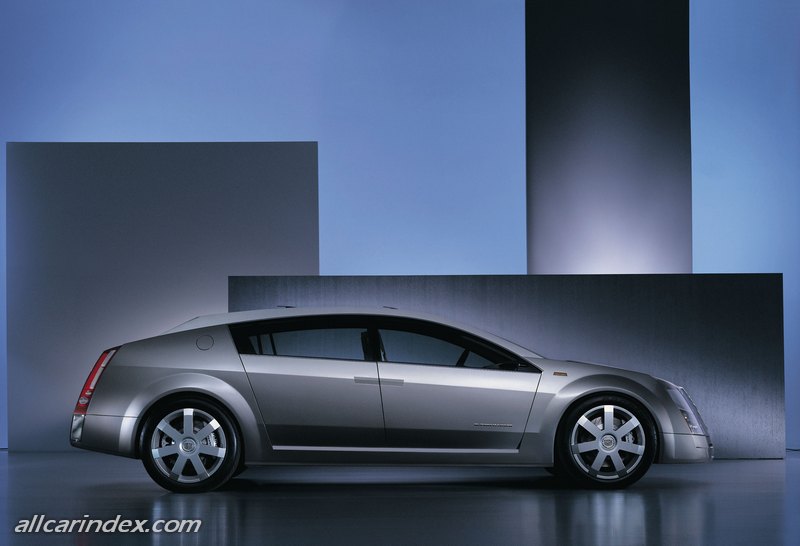 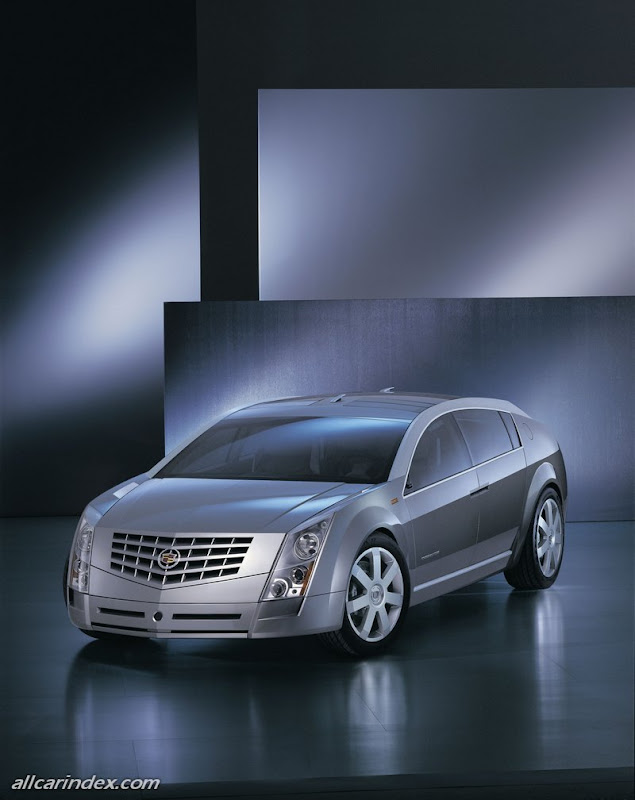 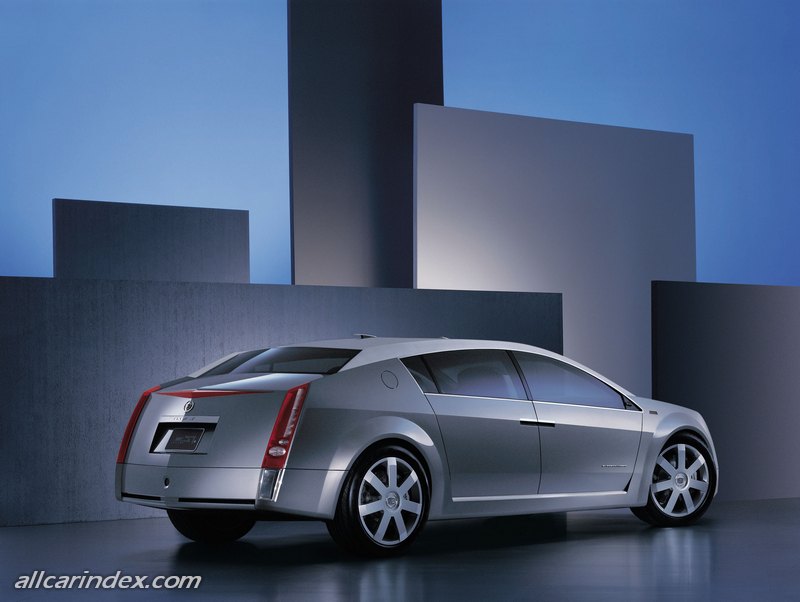 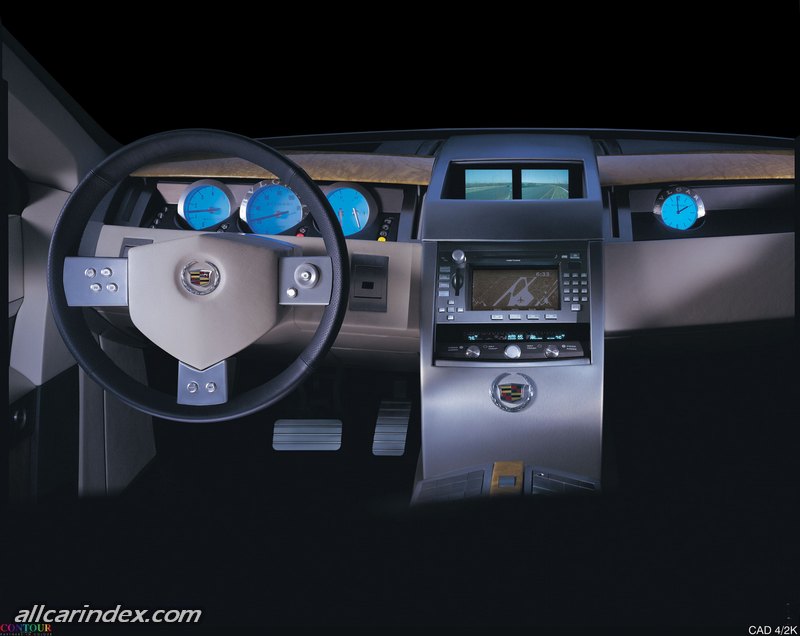 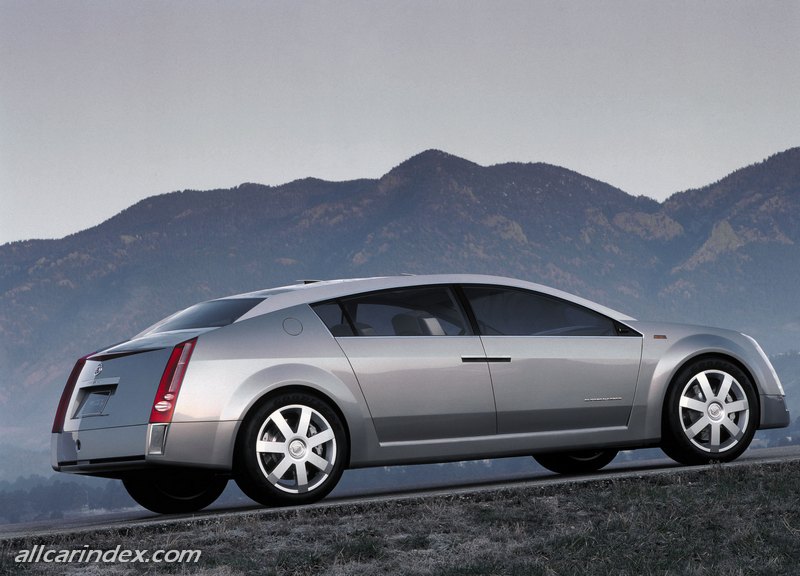 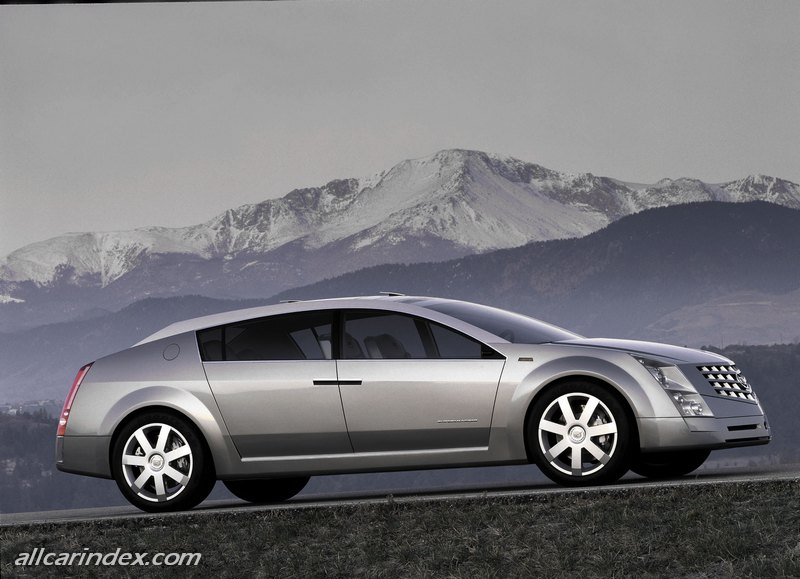 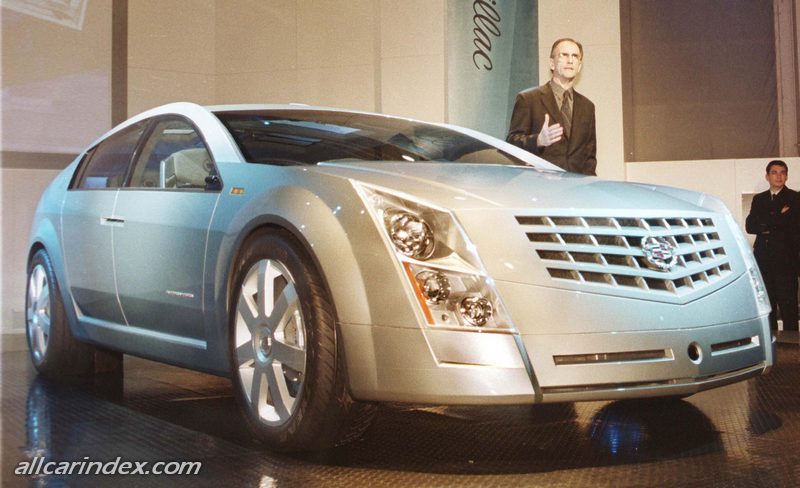 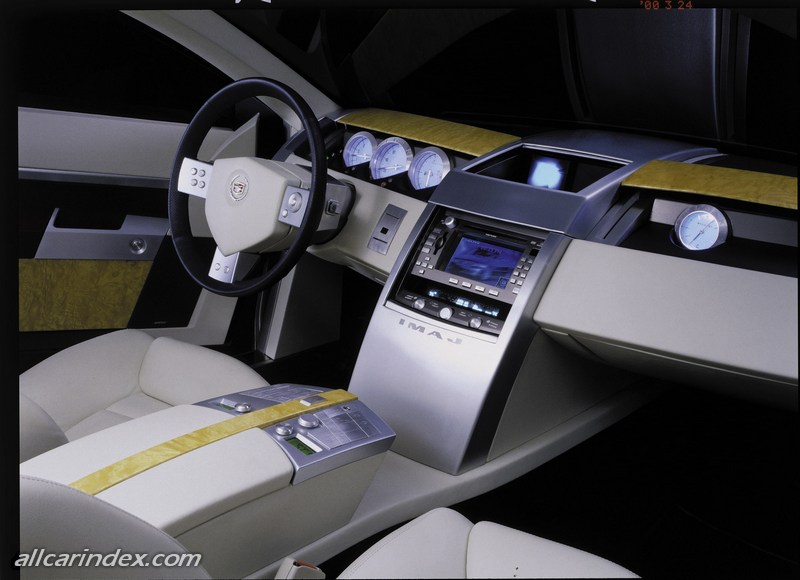 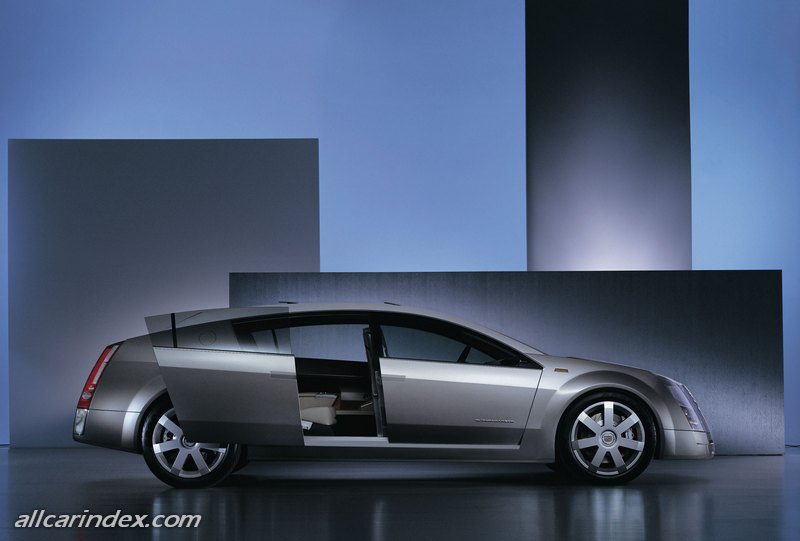 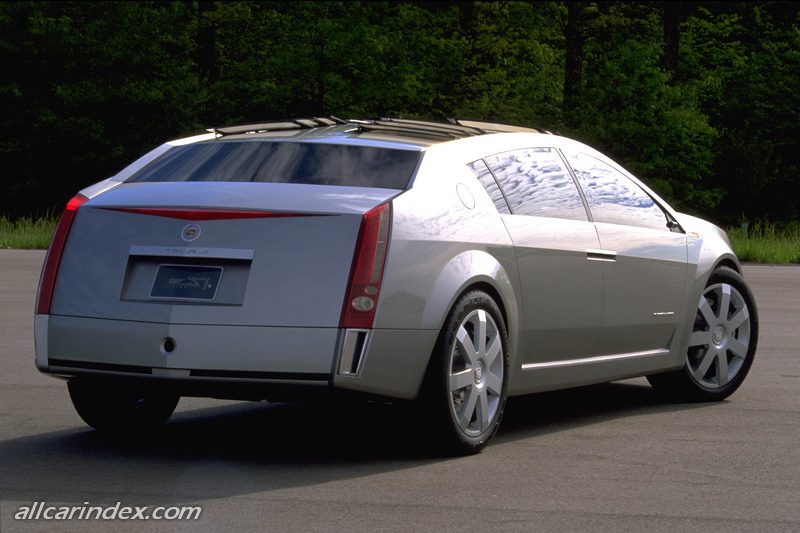 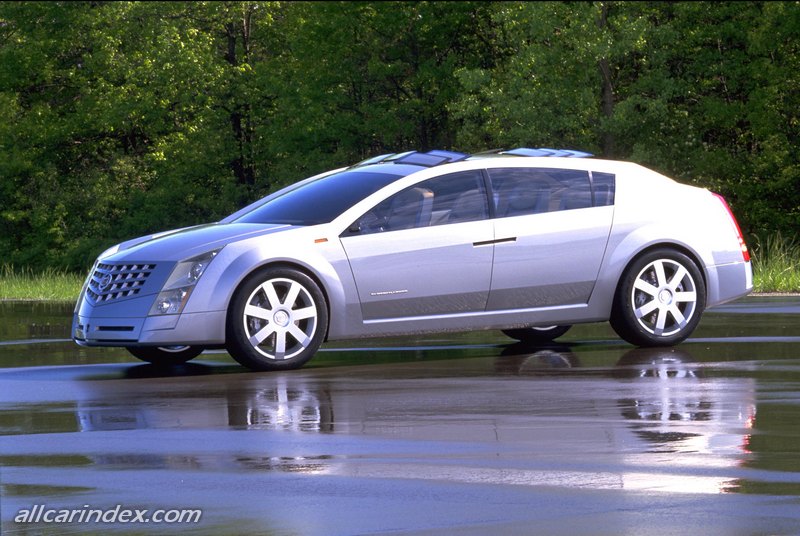 The Cadillac Imaj, a high-tech concept car revealed at the 2000 Geneva Auto Show, extends Cadillac's philosophy of blending art and science to its logical next step: an all-wheel-drive ultra-luxury sedan with exhilarating performance and unprecedented technological applications.

With its crisp lines and sharp angles, Imaj is a direct descendant of Evoq, the concept roadster introduced in 1999 and the first embodiment of Cadillac's vision of art and science. Imaj takes its lead from Evoq in giving further tangible form to Cadillac's vision to be a uniquely American, global automotive leader in both design and ingenious technology.

"Imaj extends Cadillac's core technical values of precise all-weather-control, active safety and infotainment to an ultra-luxury sedan," said John F. Smith, GM vice president and Cadillac general manager. "Imaj changes the traditional ultra-luxury formula of heavy, long and consumptive to agile, useful and approachable. It has the flexibility, features, and power to transform from being a chauffeur's car during the week, to a driver's car on weekends."

On the outside, Imaj's faceted, sheer forms exude a diamond-like quality, underscored by knife-edge coachwork, from its louvered roof panels to its integrated front and rear aero panels.

Underneath the hood, Imaj features an updated version of the supercharged Northstar V8 engine that debuted on the Evoq. Featuring a liquid-to-air intercooler and continuously variable valve timing, the enhanced Northstar delivers 425 horsepower. The power is fed to all four wheels through an all-new five-speed automatic transmission.

Imaj also features Cadillac's acclaimed Night Vision system, which works both in front and the rear, to enhance the driver's field of vision behind the car. Obstacle alert sensors and rear vision cameras, which replace the mirrors, also enhance rearward mobility.

Every detail of Imaj was designed to enhance its role of being the perfect vehicle to drive and to be driven in.

Inside its 5.1-meter length, Imaj expands the concept of luxury to include the artful integration of advanced technology. The executive on the go can climb in the plush rear seat of Imaj, with first-class airline-like accommodations, and immediately get to work. This includes reaching business contacts on a hands-free cell phone, retrieving e-mail or working on documents.

When it's time to leave work behind, you can leave the chauffeur behind as well, and escape into the mountains or down a coastal highway.

Vehicle access is controlled by e-lock, a fingertip-based security system. The cabin is further secured by smart air bags and side-impact air bags. Every seat is fully reconfigurable, featuring in-seat heating and ventilation. Rear seats recline and offer footrests for comfortable support. Each seat has its own environment controls, and e-mail access and an individual LCD screen with DVD capabilities, navigation and entertainment, developed by IBM and Delphi.

The Bose audio system incorporates headrest speakers. GM's OnStar is on board, as are four individual cellular phones. All information is routed through the Communiport central server, which debuted on Evoq.