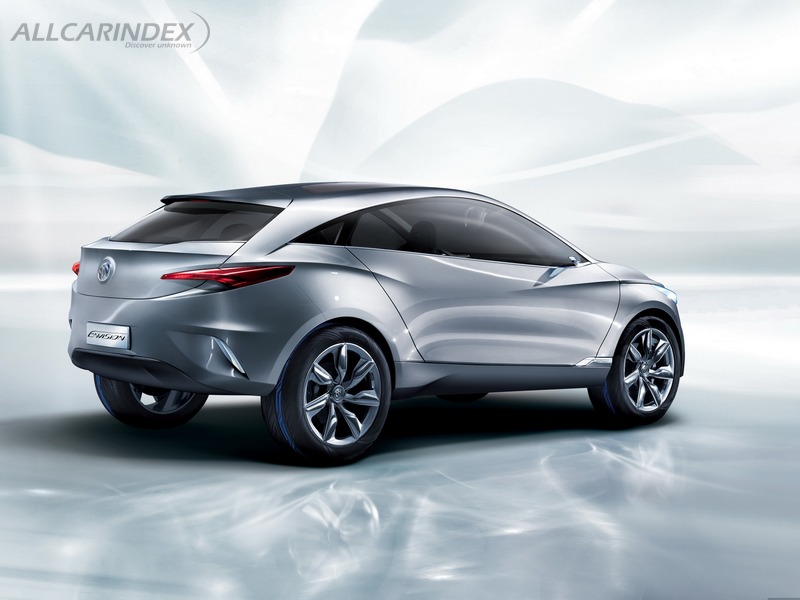 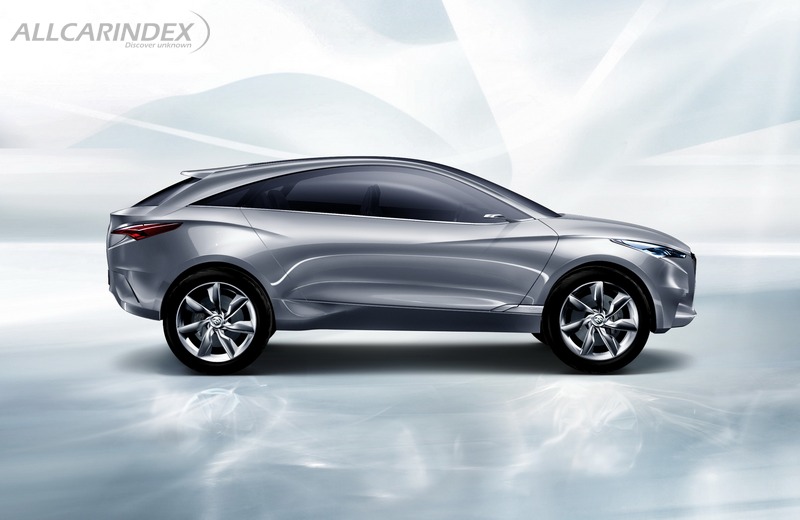 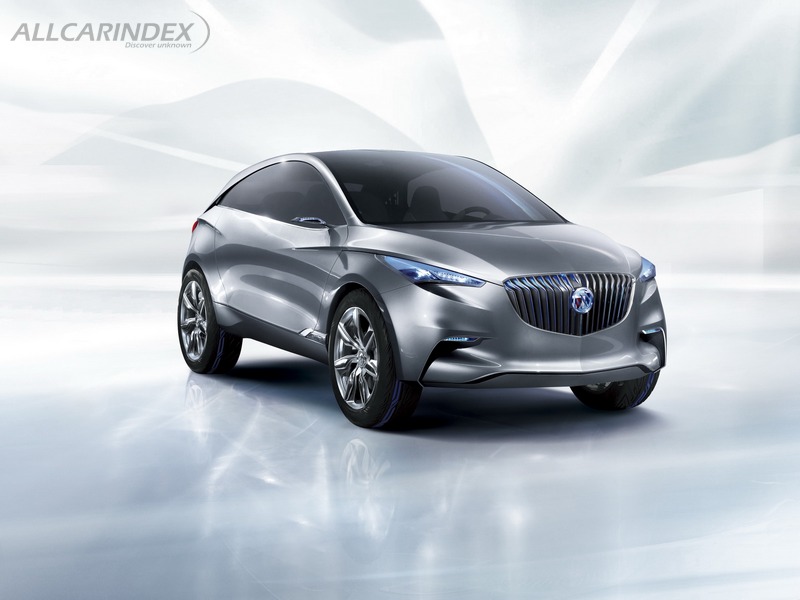 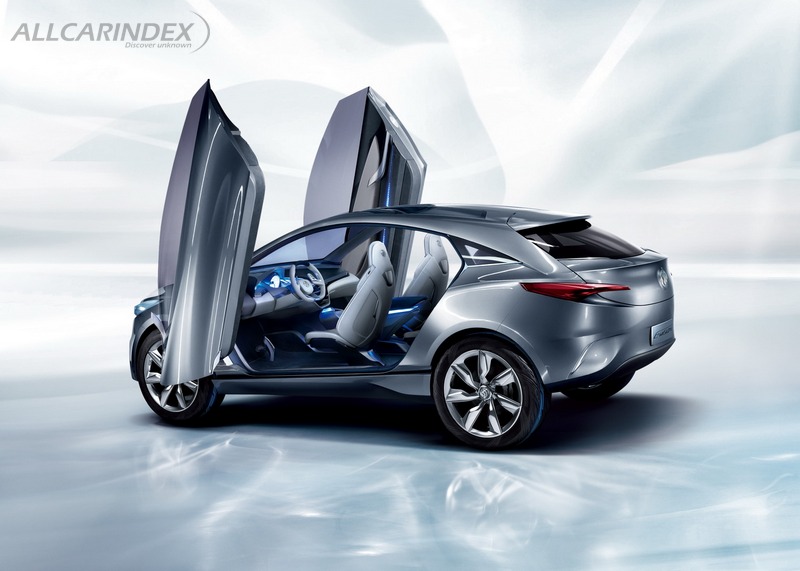 Shanghai – The Buick Envision SUV concept vehicle, which represents a convergence of future ideas and technology for Buick in the market, made its global debut today in . It will be appearing on the Shanghai GM stand at Auto Shanghai 2011.

“The Envision was developed jointly by Shanghai GM and the Pan Asia Technical Automotive Center (PATAC),” said Shi Hong, Director of Buick Marketing at Shanghai GM. “It introduces the development direction for Buick’s future SUV products for the market.”

According to Ed Welburn, GM Vice President of Global Design, “The Envision has inherited Buick design DNA and taken the Buick global design language to a new height. It makes a significant statement for Buick styling and technology, and will influence upcoming models from the brand.”

Speed and power, lightness and strength, and elegance and foresight contrast with each other yet retain a sense of harmonious interplay in the Envision. The design carries forward Buick’s tradition of grand elegance, blending it with dynamic lines, sharp angles and curved shapes. Its dynamic coupe-like body and multifunctional space offer a hint of Buick SUVs to come for the Chinese market.

Sharp lines start from above the headlamps, spreading out and submerging into the body of the vehicle. They reappear at the rear, running powerfully through the taillamps and showcasing the traditional Buick double sweep spear. Wheel arches above powerful-looking 22-inch tires offer a strong contrast. The one-piece roof is shaped like an arching bridge. It allows the continuous flowing side lines to form a graceful curve above the windows before being integrated in the back end. The Buick’s rearview mirror and side window trims are lined up across from the A-pillar and C-pillar, serving as the perfect finishing touches for the side view of the vehicle. The Envision has scissor-style doors with sensors, adding a sense of luxury while making entry and exit more convenient.

The Envision has shed the chunky rear of traditional SUVs. Multiple ridge lines form layers like a modern sculpture. Slim, sharp porcelain-like taillamps are integrated with gleaming LED lights. The design is applied to the rear fog lights and exhaust as well. The ice-peak silver body color reflects the strong, athletic pose of the Envision.

The Envision has a people-oriented, comfortable and high-tech interior. Buick's signature 360-degree all-around integrated design and unique asymmetric central console bring out the best in each other. The front cabin has the appearance of a floating sculpture. It achieves a perfect balance between physical comfort and aesthetics. Spiral gauges offer an exciting futuristic feeling.

The color of the car door is inspired by the “yin and yang” concept. Together with the two-toned high-quality galaxy-blue and sand-beach white Italian leather and high-class maple and metallic materials with a velvety texture, it offers a visual effect of peace and elegance. The shared armrest runs from the front to the back, with a storage function and crafted hidden air-conditioning vents. The flat floor feels like the deck of a yacht and contributes to the spaciousness and comfort of the interior.

In addition to Buick’s classic ice-blue lighting, the interior also features optional orange “casual” lighting and red “sportive” lighting, giving off a soft radiance that matches the mood of the surroundings.

The Envision introduces a number of people-oriented concepts and technology for convenience and comfort.

The next-generation Bluetooth DUN Intelligent Internet system allows users to connect to the Web with their cell phones. Using cloud servers, the system enables virtual community interaction and the sharing of information with other vehicles. Information can be displayed on the OLED touch-screen interface on the Flex-touch central console or on the windshield.

Traditional rearview mirrors have been replaced by three micro-cameras to catch and relay images of the road to the dashboard. When the car is moving, speed, fuel consumption and navigation details are projected onto the windshield in 3-D so that the driver does not have to take his or her eyes off the road. The OLED touch screen is aided by an auxiliary speech function. Users can easily toggle between real-time information, the in-car navigation system and the entertainment system. The system can be adjusted to the height of the driver.

With micro-cameras and transmitting sensors, the Envision addresses blind spots. The area blocked by the A-pillar can be projected above the A-pillar, enhancing safety while lowering drag coefficient.

The Envision is equipped with GM’s breakthrough PHEV plug-in hybrid system, which offers unprecedented high-efficient performance that sets a benchmark for future hybrid technology. The 2.0-liter SIDI intelligent direct injection turbocharged engine is complemented by a pair of electric motor generators in the Envision’s dual automatic/manual eight-speed transmission. A high-performance lithium battery and a solar energy roof with optical equipment serve as an alternative energy source independent from the engine.

The plug-in hybrid system, which effectively leverages standard fuel as well as electricity, can produce more power than pure electric cars or gasoline vehicles. When the vehicle is being started, parked and running at low speeds, the Envision runs solely on electric power. When the vehicle needs more power or the battery is running low, the engine automatically kicks in to provide a Smart Charge for the battery. When greater power is required, such as during sudden acceleration and uphill driving, the engine serves as the main power source, with the generator providing additional power. The vehicle can be plugged into a standard outlet to recharge the battery. Additional electricity for the battery is produced by the solar roof.

The Envision’s compact, lightweight chassis is composed of carbon fiber, magnesium and aluminum. Mounted on an MRC electromagnetic suspension with the energy-recycle function, it offers one of the fastest magnetic ride control systems in the world. Damping can be actively regulated according to road conditions to optimize handling. With the Envision’s intelligent all-wheel-drive system, the torque output of each wheel can be adjusted at any time for all-weather driving pleasure.