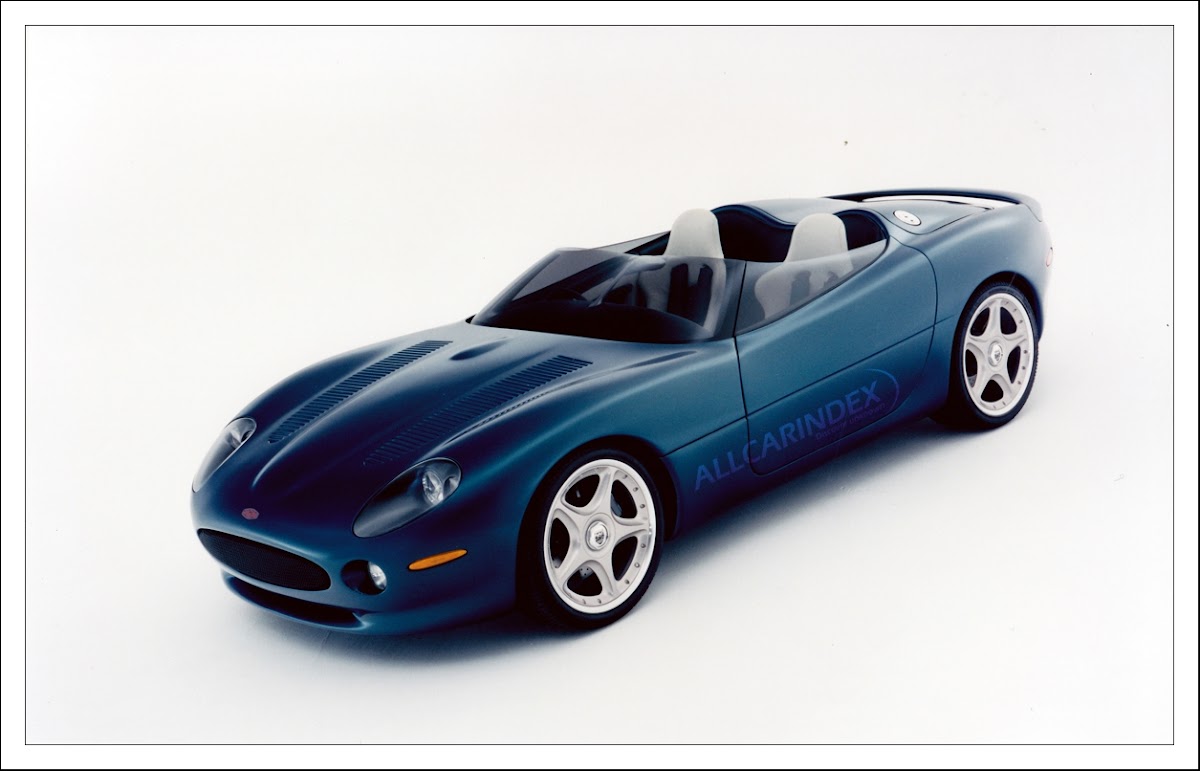 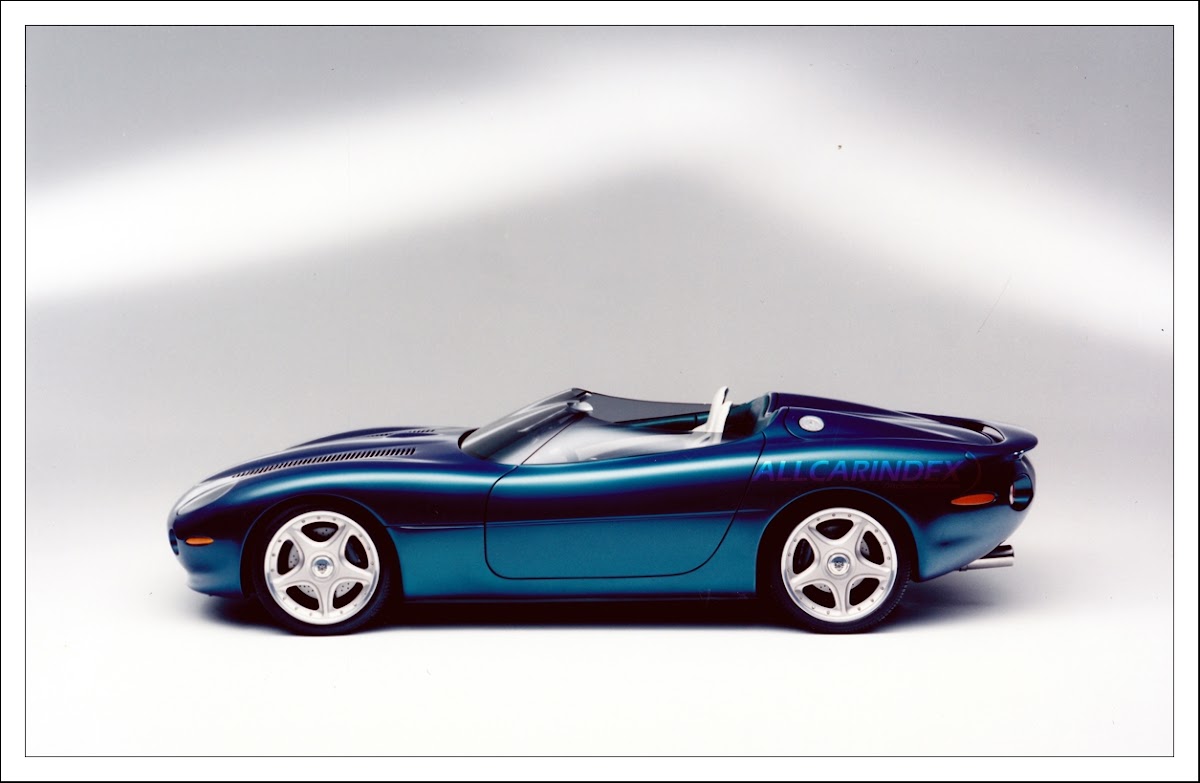 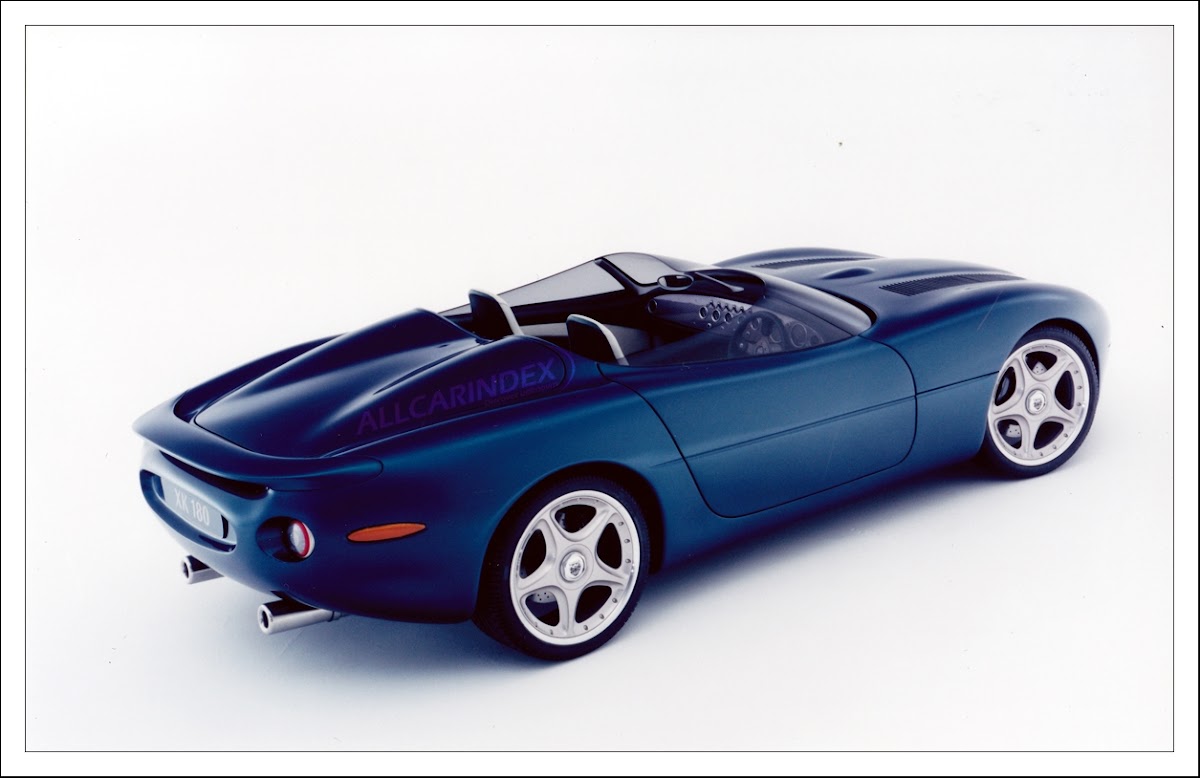 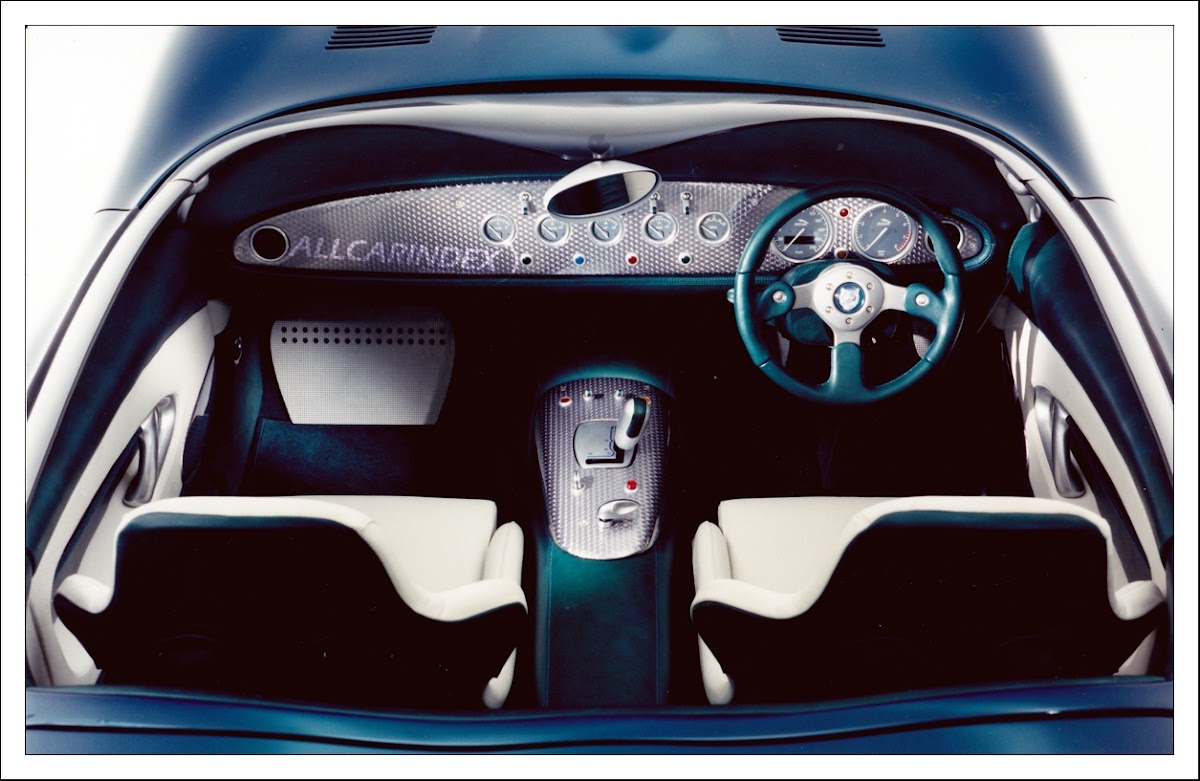 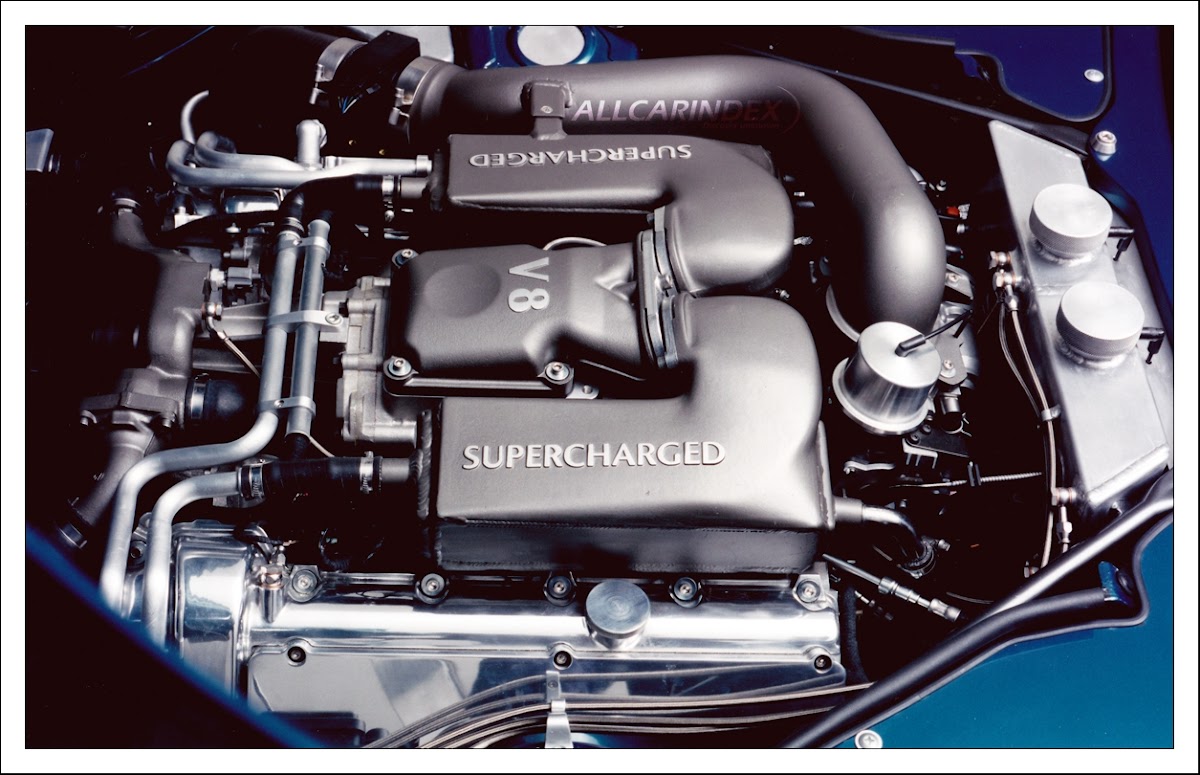 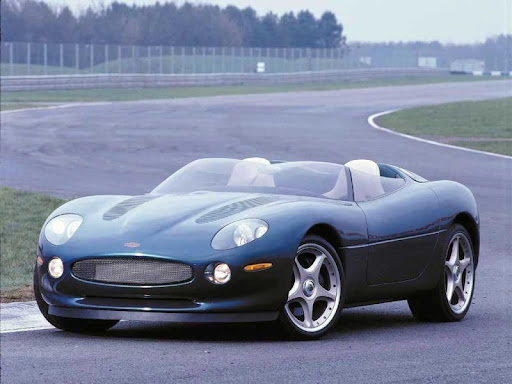 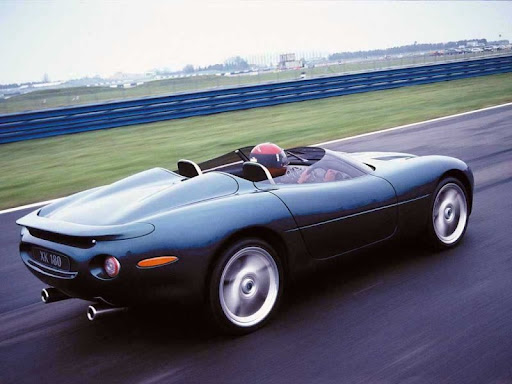 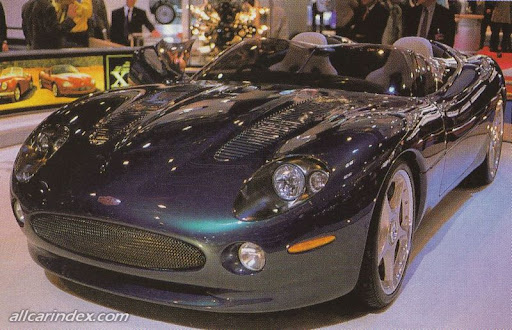 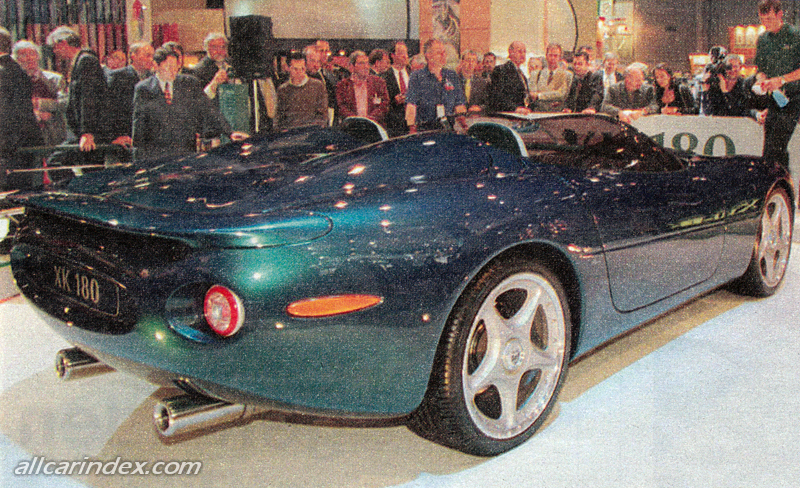 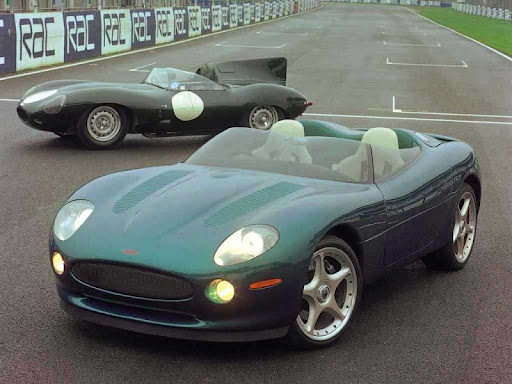 At the Paris Motor Show in October 1998 Jaguar unveiled a new vision of the classic roadster.  Fifty years after the company launched the XK engine and the XK120 sports car, the XK180 concept car was created to showcase the skills and talents of Jaguar designers, craftsmen and engineers. Inspired by the great Jaguar roadsters of the nineteen fifties and sixties, the Jaguar XK180 was hand-built in the company's Special Vehicle Operations (SVO) workshops at Browns Lane.  Although not intended for production, the concept car was based on a shortened version of the supercharged XKR convertible.  The all-new bodywork, hand-made in aluminium, followed a styling theme combining influences from past Jaguars with completely modern styling.  The AJ-V8 power unit was modified to produce 450 horsepower and the brakes, wheels and suspension were upgraded to match the engine's performance.

The XK180 was styled by Keith Helfet under the eye of Jaguar's late director of styling, Geoff Lawson.  Helfet's brief was to celebrate the fiftieth anniversary of the introduction of the XK series and he drew influences from a range of XK-powered machines, most notably the D-Type.  The result combines echoes of past racing Jaguars, in the shape of its rounded nose and the headrests behind the seats, and such unique forms as the 'double-bubble' windscreen.  The detailed attention paid to the car's mechanical specification underscored Jaguar's philosophy that concept cars should not be just static showpieces but fully engineered vehicles.  Many of the engineering features incorporated into XK180 were road and track tested on a fully instrumented engineering prototype.

Jaguar North America unveiled the second edition of the XK180 roadster concept at the 2000 North American International Auto Show. This fully operational prototype is a further-developed version of the original XK180 concept car, which debuted at last fall's Paris Motor Show. Like the first XK180, this vehicle is a product of Jaguar's Special Vehicle Operations (SVO), hand-built in the SVO shops at Browns Lane in Coventry, England. The second-edition car is better adapted for American driving conditions with left hand drive, and it embodies a number of detail changes, including a new wheel design, a revised shade for the exterior color, a switch in the hue of the interior leather and subtle modifications to feature lines on the lower body section.

The XK180 roadster concept is a testament to the high degree of talent, creativity and enthusiasm which exists at Jaguar today, said Michael H. Dale, president - Jaguar North America. It's clear that the pride and spirit that are fueling Jaguar's resurgence today also will drive the product expansion in the coming years.

Created to celebrate the 50th anniversary of the XK series sports cars, the XK180 design draws inspiration from some of the most successful production and competition cars of Jaguar's history.

The performance standards set at the XK's introduction will be celebrated by the XK180, too. Just as the XK120 proved itself worthy of the numerical designation a half century ago with a 126.448 mph run at Jabbeke, Belgium.

While the building of a second XK180 offered SVO an opportunity to incorporate a number of alterations, the performance attributes are unchanged in this version. The engine is a supercharged and intercooled variant of the AJ-V8, modified to achieve an output of 450 horsepower. The five-speed automatic transmission incorporates a Jaguar-engineered selector system which enables gear changes using pushbuttons located on the steering wheel. A Brembo braking system featuring aluminum four-piston calipers and cross-drilled, ventilated rotors provides commensurate stopping power. The 20-inch diameter wheels are fitted with ultra low profile Pirelli Pzero tires.

To create the XK180, the SVO group disassembled a production XKR (an XK8 with the 370-horsepower supercharged AJ-V8) and shortened the chassis by five inches. The aluminum exterior body panels were formed at Abbey Panels in Coventry, working to drawings by Keith Helfet, a senior designer in the Jaguar Styling Department.