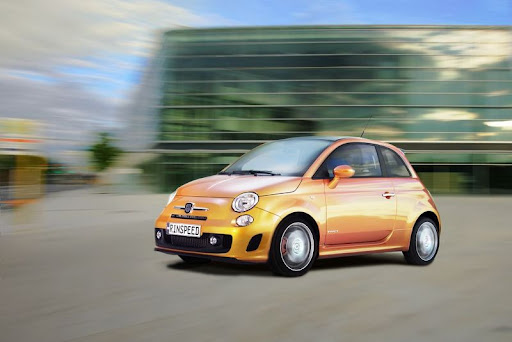 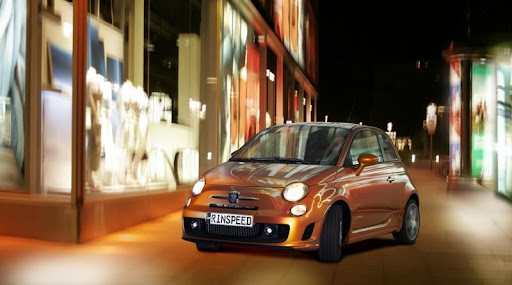 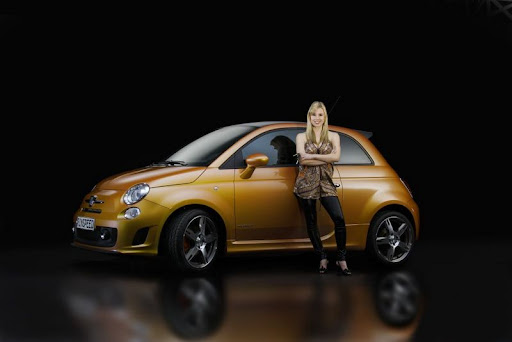 What is this? It is round, small and cuddly, has eyes to fall in love with, a sexy behind - and on demand 60 or 160 hp as necessary. It is Rinspeed’s answer to the fast changing requirements of the market and sociopolitical perception about the tuning industry.’ Rinspeed boss Frank M. Rinderknecht hits the nail on the head: “Just like the auto industry has to adjust to the demands of a new era, tuners have to look for new ways to do business as well.”  The Swiss automobile visionary Rinderknecht, who has his roots in the tuning business, observes a change in people’s attitude, at least in the western world: “We need an intelligent use of our fossil resources, especially of our energy".

Rinspeed’s creation is based on the Abarth version of the Fiat 500. Its name ‘E2’ signals the fact that the nimble little Italian car is equipped with two different power levels: The 60-hp ‘Commuting’ level is more than sufficient to move along with city traffic while saving energy. In this mode the ‘E2’ consumes just some four liters of fuel per 100 kilometers. Outside the city, the ‘Highway’ mode provides driving fun and added power for fast and safe passing. In ‘Highway’ mode the engine produces 160 lively horsepower and transforms the Italian flea into a venerable hornet. Fuel consumption in ‘Highway’ mode is in the neighborhood of seven liters per 100 kilometers. The energy management system of the ‘E2’ is controlled by a small button in the cockpit that affects the engine electronics.

Rinderknecht believes he is on the right path with his new interpretation of automobile customizing. With the ‘E2’ and his concept car ‘iChange,’ which is much further removed from production, he wants to nudge the automotive as well as the  tuning industries in a new direction, to leave well trodden paths and creatively look for new ones:  “I don’t believe too much in eco tuning. Many drivers are not willing to miss out on driving fun and don’t want to drive a something that announces to the world that they do without. But the number of people who want to use our energy supply responsibly not in the least because they want to protect our environment will grow quickly.”