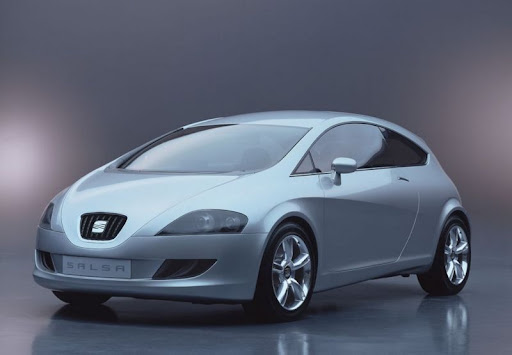 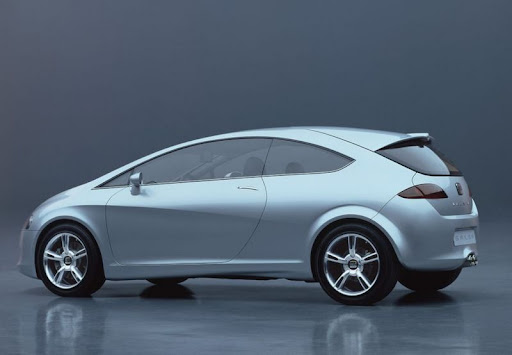 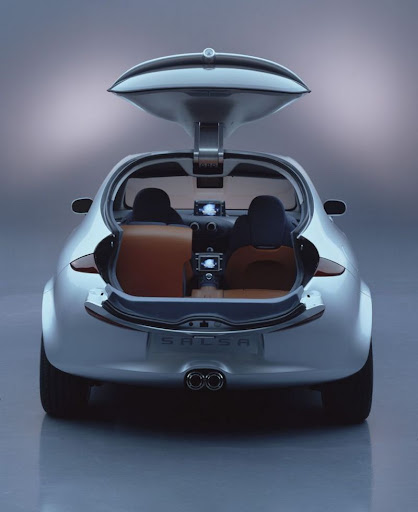 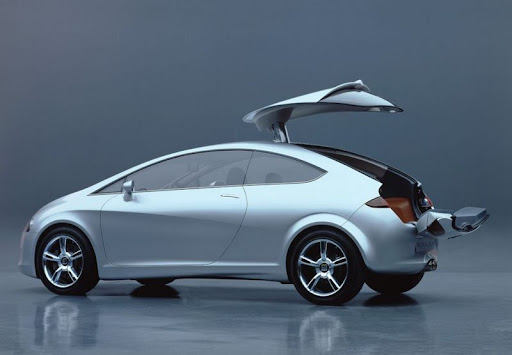 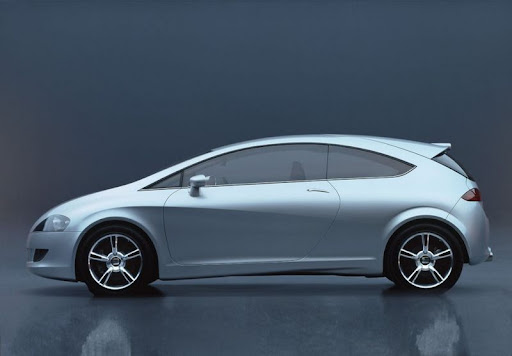 At the Geneva Motor Show 2000, SEAT will, as usual, unveil a futuristic concept car. This very special car, called the SEAT Salsa, has been wholly designed by the Design Centre at Matorell, and heralds a new concept in driving: MDC (Multi Driving Concept).

Is this just one more concept car? No, the SEAT Salsa goes much further. By imaginative application of state-of-the art technology, the Salsa gives a realistic and feasible vision of a new style of car: a vehicle capable of transmitting intense emotions, giving efficient service in any type of use and even adapting to the mood changes of its driver. The SEAT Salsa is three cars in one: an advanced sports car, a relaxed tourer, or a nimble town car.

The SEAT Salsa is a mixture of aesthetics, practicality and technology... ingredients that are combined in the right proportion to shape one of the most innovative ideas of 2000. A daring, temperamental, Latin design that revolutionises the now classic concept of the MPV (Multi Purpose Vehicle) to create a new style of practical and flexible sportiness: the MDC (Multi Driving Concept).

The mechanics of the SEAT Salsa are as exciting as its exterior, with its 250 hp (184 kW) 2,791 cc V6 engine with total intelligent drive 4, Tiptronic five-speed gearbox, etc. The SEAT Salsa reaches a maximum speed of 245 km/h and accelerates from 0 to 100 km/h in 7.5 seconds.

Three cars in one

The SEAT Salsa is, in essence, an MPV in terms of both its outer shape and definition and the space inside; a functional, capable vehicle with the strong sporty character and performance of an authentic coupé: lively and aggressive looks, aerodynamic lines, two doors and a 2+2 passenger compartment – although there are really four SEATs . It is a flexible car that can satisfy both the sporting whims of the younger dynamic user and the needs of family life. At the controls, the driver can choose between three environments which change the appearance of the car (both visually and physically) in order to adapt to the different environments of use. The SEAT Salsa is the maximum expression of freedom on the roads, a step forward in the integration of man with machine. The ultimate expression in ergonomics.

A new type of sportiness

The outside image of the SEAT Salsa follows the lines of the new concept of practical sportiness defined by the Technical Centre at Martorell: two doors, double opening tailgate (the upper part slides forward, over the roof; the lower part folds back) and with no bonnet at the front, direct access to the engine being from below.

Its shape is warm, sensual and at the same time brave, highlighted by the bright silver of the bodywork, one of the most characteristic and distinctive features of which is the lateral stripe, running down towards the rear. On this profile are found the door handles, which come out with just a touch for ease of opening. As there is no central B pillar, the perception, even from the rear SEAT, is of a very light and airy space.

Sportiness and simple lines combine pleasantly in every detail: the windscreen wipers (activated by a rain sensor) are hidden in the front columns to avoid aerodynamic turbulence; the powerful gas headlamps align themselves automatically as the steering wheel turns and the side-lights and indicators are of fibre optics. The double exhaust pipe in the centre completes the rear of the car.

The SEAT Salsa is a compact vehicle. With an overall length of 4,152 mm, it is 32 mm shorter than the SEAT León. The conscientious study of forms and volumes has resulted in a huge amount of space inside. Its large doors give easy access to both the front and rear SEATs and the passenger space is surprisingly simple, attractive and functional.

Another of the special points of its design is at the rear, where access to the luggage compartment is through a newly designed double door. The lower part folds backwards while the upper part slides over the roof, giving a large enough aperture for any type of object to be loaded up very easily.

There is no bonnet, as we know it today, in front. Thanks to the use of technology available in the VW Group which has allowed normal maintenance operations to be reduced to a minimum, the customer has no need to be working on the engine. Any necessary maintenance, such as filling the windscreen washer tank, can easily be done from outside through covers in the area below the front windscreen. The front is therefore made of one single piece, that at the same time, contributes to increasing the efficiency of the frontal structure in case of a collision.

Aimed principally at the driver, the inside has been carefully designed to the maximum in order to give ergonomically pleasing surroundings that, by the use of new materials, are both pleasant to look at and to touch. This space is dominated by bare aluminium, in blue grey and matt finish, and new plastics that are soft to the touch yet very strong.

The four superbly comfortable and all-enveloping SEATs are upholstered in transparent material and filled with silicon padding. The front ones are adjustable and the rear ones can be hidden away by lowering the SEAT back. This not only increases the capacity of the luggage space considerably, but it gives a totally flat cargo area. On the floor of the cargo area, the anchoring grooves allow multiple possibilities for holding down luggage or sports equipment.

To accentuate the cleanness of the design, the sound system’s loudspeakers and the variable intensity interior lighting are hidden behind the upholstery panels, roof covering and under the SEATs. The light sensitive glass installed in the SEAT Salsa, that darkens automatically, does away with the need for sun visors.

The dashboard, which houses most of the manual controls, is a fundamental element of the SEAT Salsa. These controls include one that is special and unique in the car market; the MDC selector, (Multi Driving Concept). By turning a winding control, one can select one of three different environments: Sport, Comfort and City. For each configuration the driver's SEAT (height of the SEAT, ergonomics), the gear change system used (Tiptronic or automatic) and the amount and type of information available to the driver are all changed.

So, in the most dynamic mode (Sport), the driver can have a conventional dashboard, with sporty instruments, and basic information; if he opts for a quiet drive (Comfort), the information is more functional, and the dashboard hidden; in urban mode (City), priority is given to information about traffic and to the navigation system.