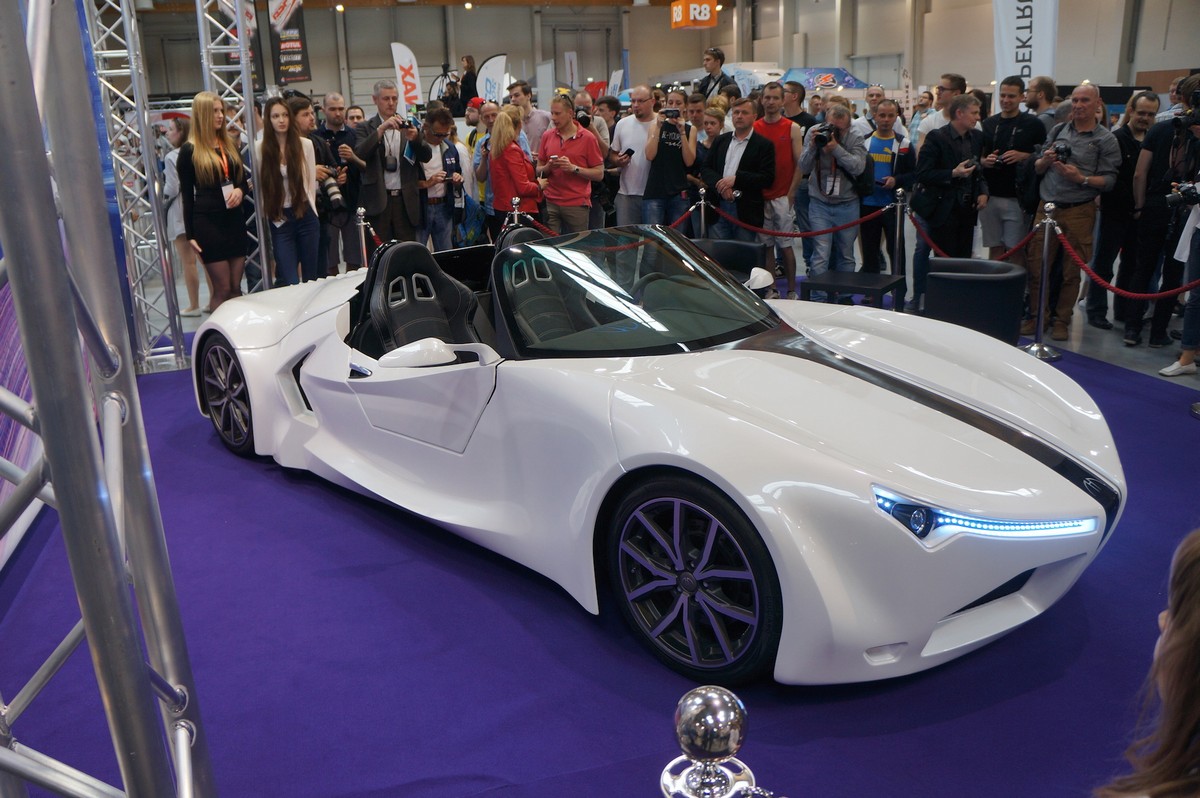 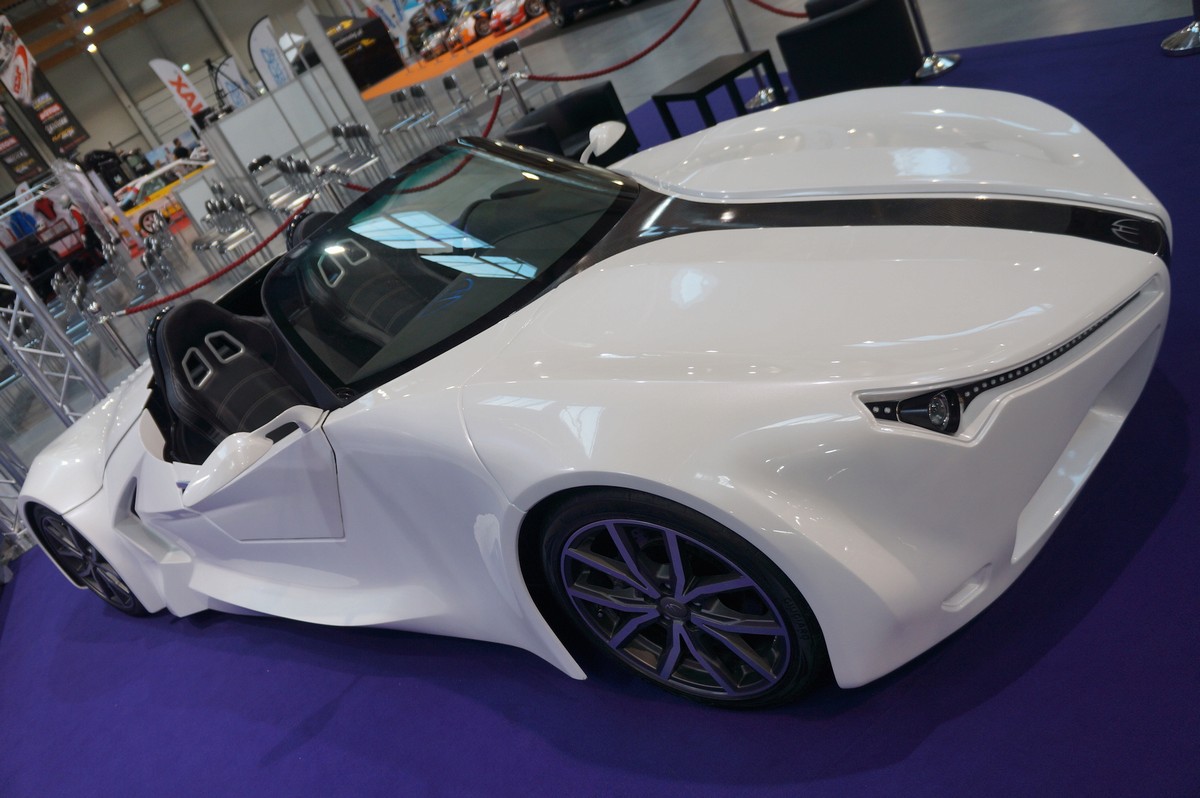 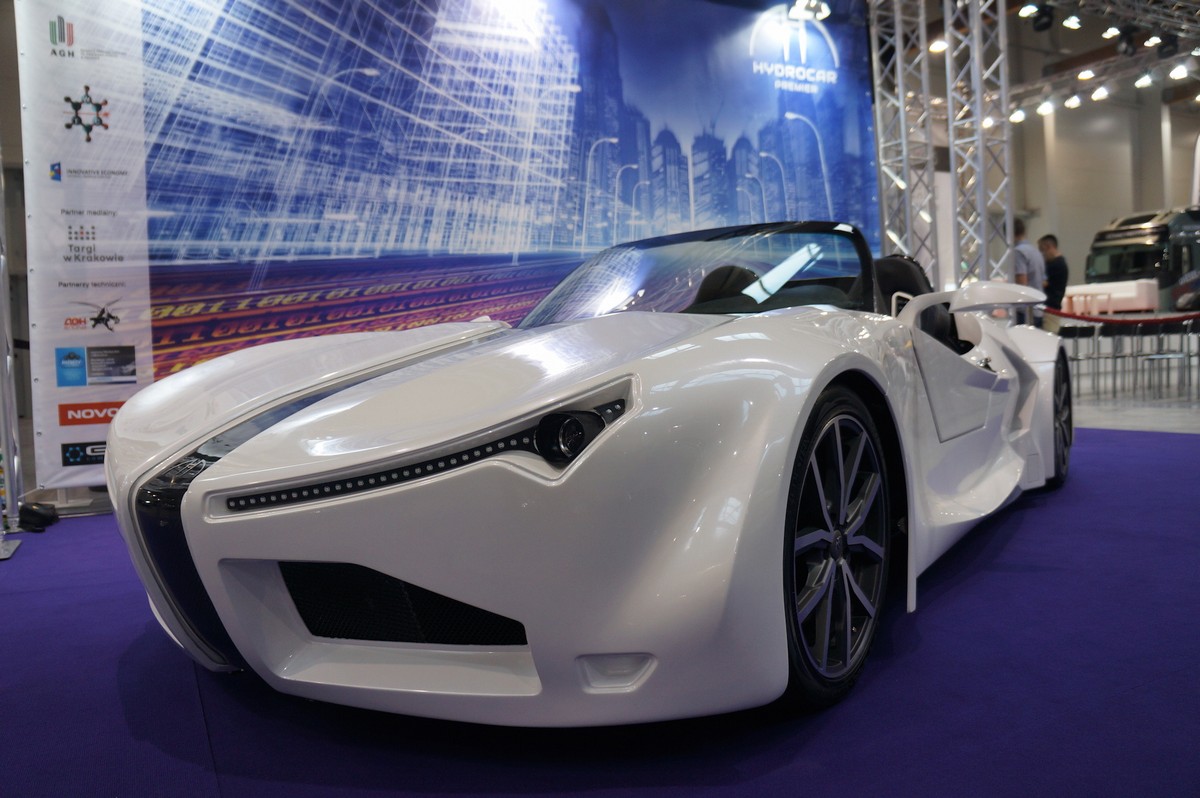 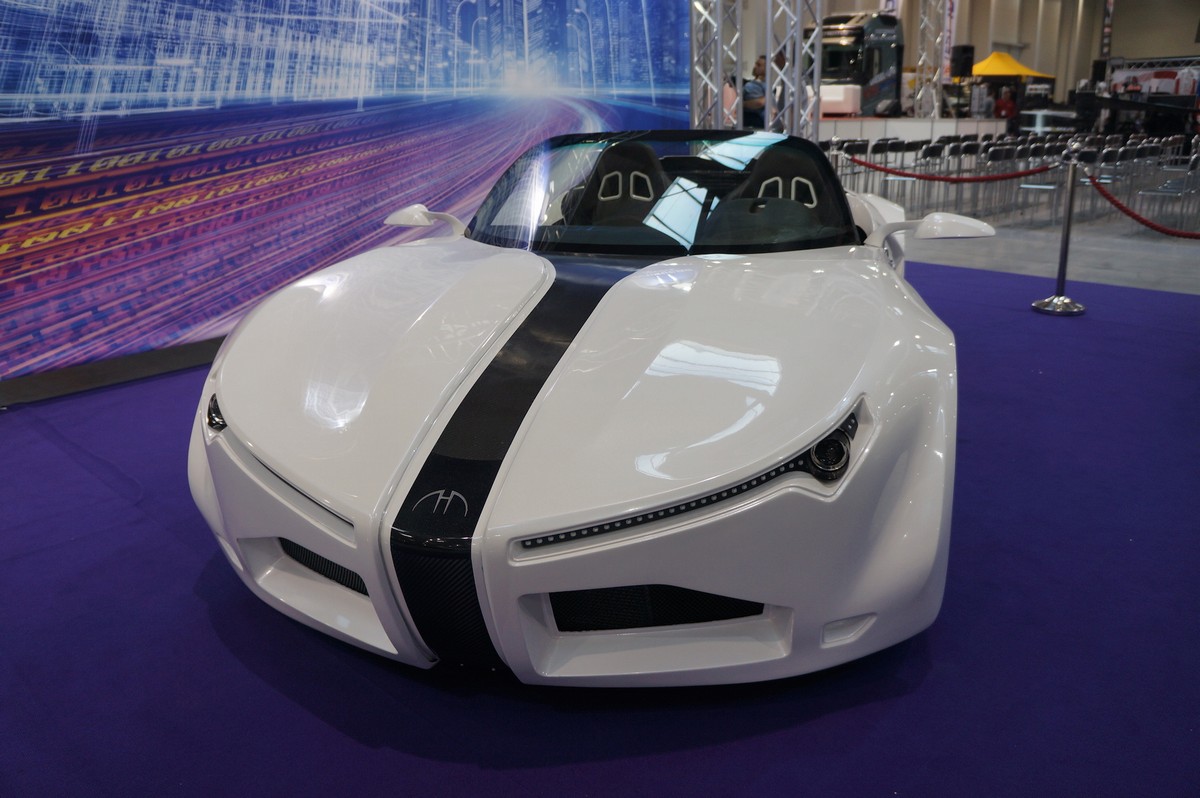 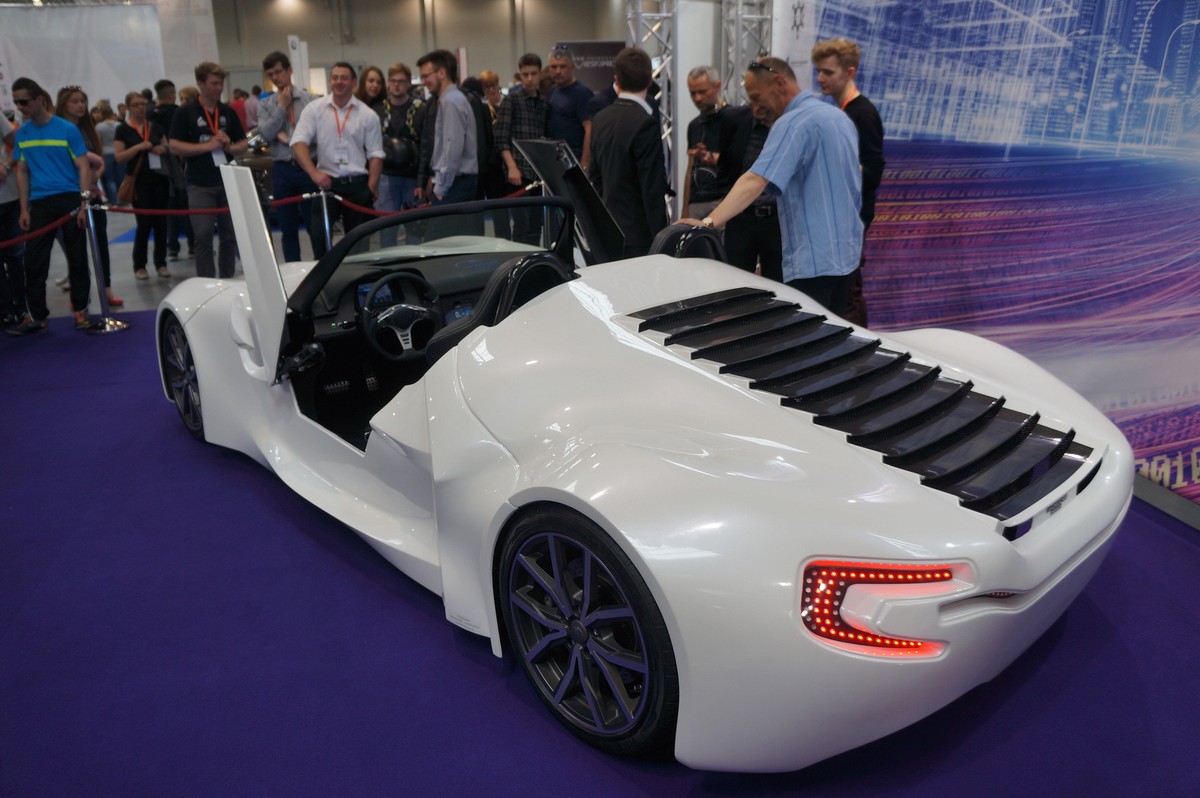 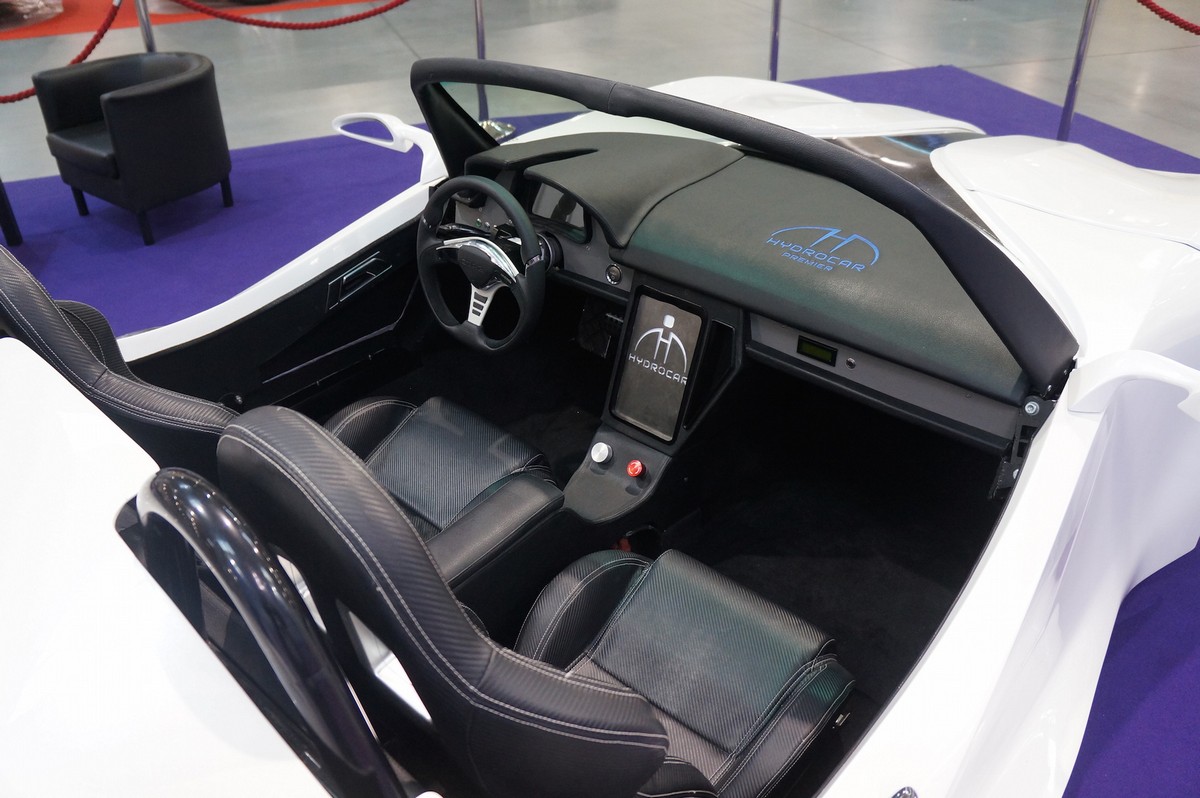 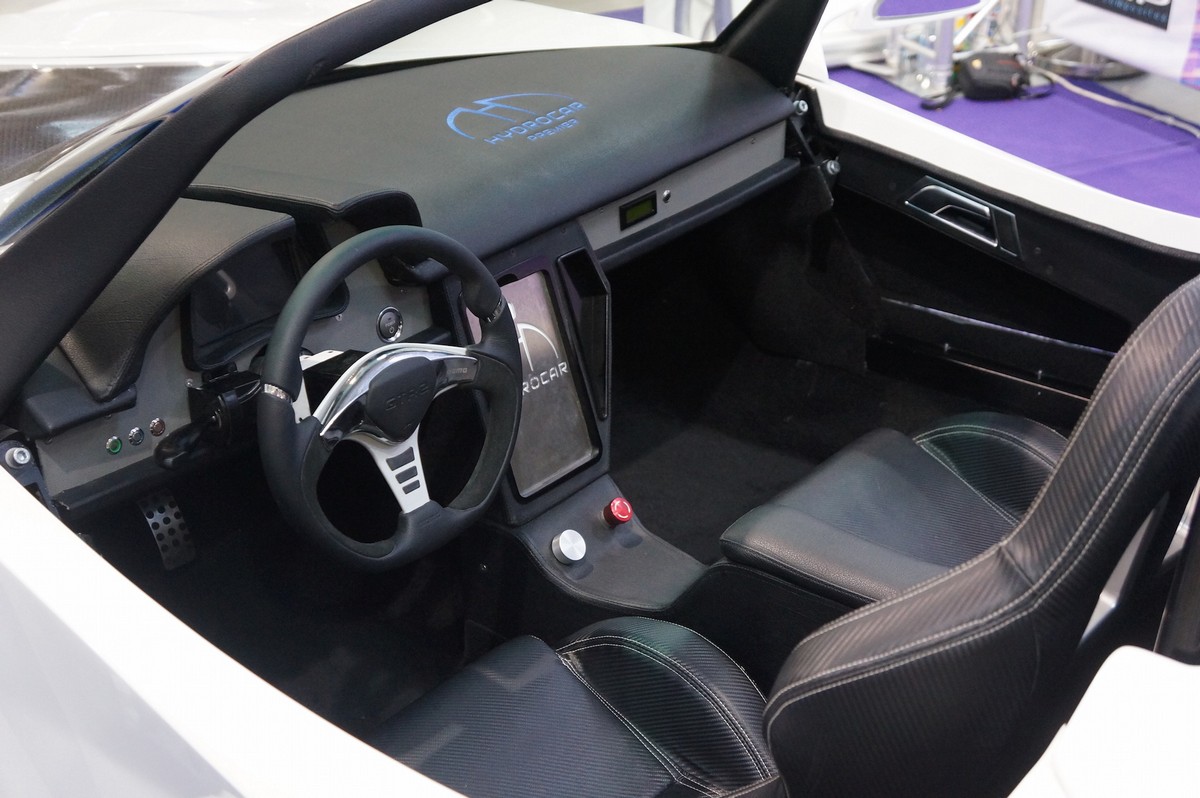 On 21-22 May, 2016, the MOTO SHOW fair in Krakow will host the premiere of an electric car with a hydrogen power bank. HYDROCAR PREMIER is a project conducted jointly by Riot Technologies – a spin-off company of the AGH University of Science and Technology – and the Military University of Technology in Warsaw.

In mid-2015, a team of the Military University of Technology, which for many years has been conducting fundamental research into materials suitable for hydrogen storage, invited to the project a group of university graduates forming the core of the AGH UST Racing Team and the company RIOT Technologies. The aim was the development of a demonstrator – a mobile laboratory which could serve to test in “road” conditions the solutions for storing hydrogen in the solid phase that have been proposed and developed at the Military University of Technology. A six-month deadline was a reason why only the most experienced specialists in the field could undertake the challenge. Since the very beginning, it was known that there was no way this would be another “renewable sources” vehicle scaring the pedestrians with its look. Within the framework of the project, the team created a spectacular vehicle with an innovative construction of the power system and an unforgettable design – HYDROCAR PREMIER.

The vehicle is a unique construction developed by a team of engineers and scientists, and in collaboration with a number of external companies. It is a prototype of a two-seat sports car of the roadster type equipped with an electric drive. The mobile base is a specially-designed and developed construction frame together with bodywork completely made of carbon fibre. Thanks to the used technology, the frame of the vehicle gives the constructors freedom in placing drive components, and the bodywork can have a unique design limited only by the project assumptions. The design of the bodywork and the development of composite elements were the responsibility of two brothers, Władysław Hamiga (an AGH UST graduate) and Stefan Hamiga (a graduate of the Academy of Fine Arts).

The prototype of the vehicle has been designed as a road car, and hence equipped with the following systems: power steering, xenon headlights, LED lights, leather steering wheel, upholstery, wide-base tyres, adjustable screwed suspension, and two comfortable seats for a driver and a passenger. From the technological point of view, however, the most important elements are the vehicle’s constituent subsystems, which are a kind of a research laboratory for testing advanced power transmission systems, as well as energy conversion systems.

The driving gear of the vehicle are four BLDC engines, where each engine is responsible for the power feed of one wheel. The total power of the power unit is 270 hp. The engines are controlled by dedicated power stages developed by RIOT, and the entire 4x4 power transmission system works under the control of a processor built as an SoPC and implemented in an FPGA system, which acts as an electronic differential gear and a speed control system for different configurations of movement. Thanks to this solution, the constructors obtained a wide spectrum of system configuration possibilities with the following functions: a possibility of an independent active control of torque on each wheel, cruise control, a system preventing wheels from slipping, and an assist system for moving uphill. The engines and power stages are cooled by a liquid, which then – thanks to forced convection – passes the heat to the exchangers located at the front of the vehicle.

The energy for moving the vehicle is stored in two types of batteries and a specially-designed hydrogen tank. In the front part of the car there are light sets of LiFePO4 batteries of total voltage equal to 96 V, and at the rear part of the vehicle there are traction batteries whose characteristic feature is high efficiency during long discharges. The battery sets are responsible for supplying electricity to the engines and the car’s electric subsystems, such as electronic control systems, lights, and power steering systems. The electric power accumulated in the batteries is responsible for the dynamic drive of the vehicle, as well as for moving the car on short distances.

The second storage space of energy, which allows to increase the driving distance, is a system of the conversion of hydrogen into electric power. The heart of the system is a hydrogen tank based on metal hydrides, which can store more gas in a unit of volume than the best high-pressure hydrogen reservoirs made of composite materials, which work under extremely high pressures of even 700 bars. Thanks to the solution patented by the Military University of Technology, the tank works under a low pressure in the order of several bars and has a very high heat-exchange capacity. This construction, in comparison to other tanks of a similar type, can be refuelled quickly, and on the other hand, its low working temperature can be used to cool the steering and suspension systems of the vehicle, for example, the engines and electronic systems. The simplicity and all-purpose characteristics of the solution make it possible to use various materials tested for the purpose of storing hydrogen in the solid state while maintaining high parameters of usability. The stored hydrogen is then converted with high efficiency into electric current in a PEM fuel cell, which enables the recharging of the car’s battery during its drive. The entire installation is located at the rear of the vehicle.

The driver of the car can control the driving parameters of the vehicle on an electronic display, which shows the real-time speed, mileage, battery charge condition, and the energy balance of the hydrogen tank. All subsystems of the vehicle are controlled by a specially-designed on-board central computer built with the use of FPGA circuits. The computer also enables the remote control of the vehicle via a mobile phone application (moving forward and backward, turning left and right). Additionally, the central computer of the car is designed in such a way that it has a wide spectrum of configuration possibilities, including an interface that enables connecting the computer to stand-alone steering and control systems (which support operating the vehicle without a driver), which are commonly used in mobile robots. These systems make it possible to drive the car while avoiding obstacles on the road, and the applied steering and control algorithms are still being tested.

At the moment, the car is moving smoothly to a subsequent phase of the project, i.e. advanced experimental tests. This phase of the project should provide the researchers with a number of answers in the field of the technology of energy storage and power transmission systems, electronics, suspension and steering systems, as well as it should also provide information as to the direction in which the tested technologies could be developed further. The vehicle is constantly researched on, modified and improved, and the behaviour of the car on the move is tested and verified. The results of this research are published in scientific journals and presented at field-specific conferences. The authors of the project hope that the prototype of the vehicle will be the beginning of a new era of brave interdisciplinary engineering projects which will focus on testing integrated mechatronic systems. The future will show to what extent the solutions used in the test vehicle will find a place on the market, especially in the automotive industry.

The construction of the hydrogen vehicle was carried out as a technology demonstrator within the framework of the project POIG 01.03.01-14-016/08, which was conducted by the Faculty of Advanced Technologies and Chemistry at the Military University of Technology under the supervision of professor Leszek Jaroszewicz.