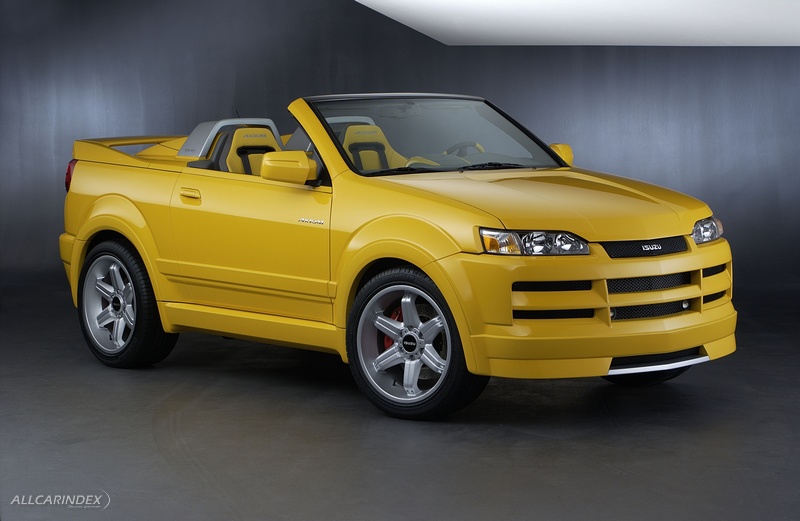 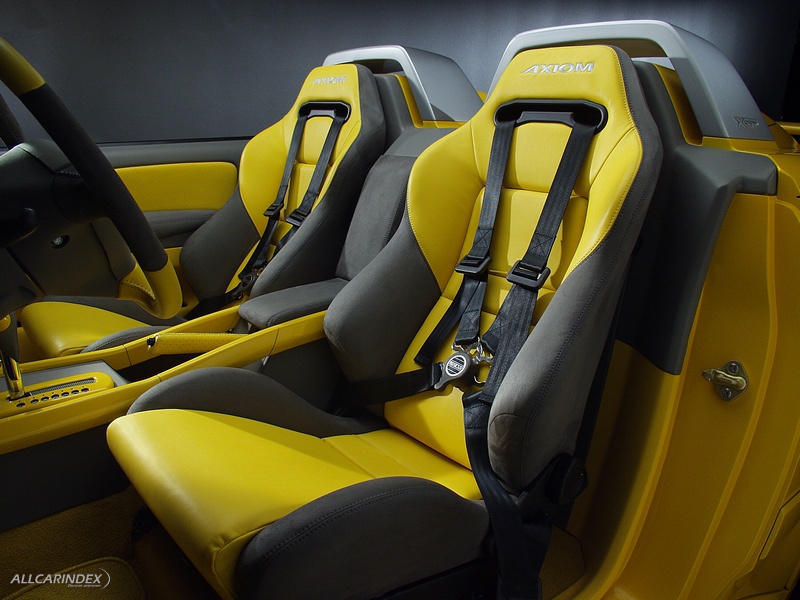 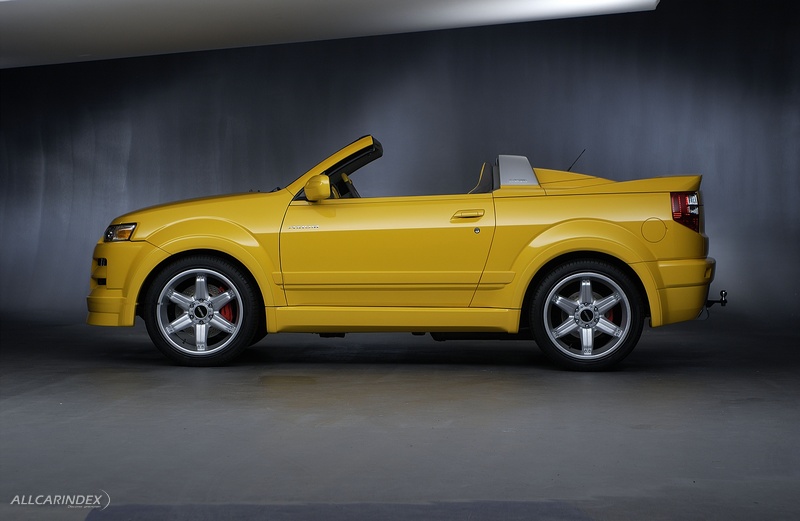 The XSR targets young, active individuals seeking the performance driving of a roadster combined with the ability to meet on- and off-highway recreational needs. The XSR is one of three Isuzu concept vehicles developed as an exploration into the evolution of the sport utility vehicle. The Axiom XST sport utility truck will also debut at the North American Auto Show while the Axiom XSF street-performance SUV was unveiled at the Specialty Equipment Manufacturer's Association (SEMA) show in October 2001.

Taking a Little Off the Top

Turning a production, four-door Axiom into a two-door roadster is an assignment for professionals and the Isuzu Motors America (ISZA) design department in Cerritos, Calif., partnered with Italdesign California (IDC) to create the XSR. As an independent subsidiary of Italy's Italdesign Giugiaro, IDC has established an excellent track record with Isuzu, creating such innovative, well-received concepts as the GBX, VX-4 and VX-0(2).

Starting with the rugged body-on-frame platform of a production Axiom, IDC shortened the wheelbase from 106.9 to 96.9 inches. The roof, rear side doors and tailgate were removed. To add a bit of roadster-like flair, the rake of the windshield was increased and the front doors were lengthened by eight inches. To maintain structural rigidity, steel braces were welded in place at strategic points throughout the body.

While other SUVs compromise open-air motoring with difficult-to-lower canvas tops or heavy, tough-to-store hardtops, the Axiom XSR is a breath of fresh air. At the push of a button, the XSR's power top automatically retracts beneath a hard tonneau cover. The result is a dynamically capable roadster with exciting good looks.

Power to Go, Power to Tow

Powered by the same sophisticated 3.5-liter dual overhead cam V6 as the production Axiom, the XSR produces 230 peak horsepower and 230 peak foot-pounds of torque. Drive-by-wire electronic throttle control for instantaneous response and a reduced curb weight also combine for an impressive response and handling, while custom designed dual exhaust system allows the performance to be heard as well as felt. XSR features an electronically controlled four-speed automatic overdrive transmission, includes a power mode for raising the shift points for more spirited acceleration and a winter mode for starting in third-gear on low-traction surfaces.

Intelligent Suspension Control(TM) (ISC), also featured on the production Axiom, allows brake dive, acceleration squat and body roll rates to be tailored in real time to produce the most effective combination of ride quality and handling performance for the widest range of driving conditions. ISC utilizes a dedicated central processing unit, which monitors vehicle speed, engine rpm, brake, and g-sensor input and then adjusts the shocks to one of 17 rebound and compression rates. For technologically advanced four-wheel drive performance, the XSR is equipped with the four-wheel drive Axiom's TORQUE-ON-DEMAND(R) (TOD) system. TOD "anticipates" circumstances that may lead to traction problems and proactively transfers power to minimize slippage. TOD can be activated on the fly at speeds up to 60 mph with a dash-mounted dial.

The Axiom XSR's sleek two-passenger cockpit is trimmed with sporty black and yellow accents. Deeply contoured Recaro sport bucket seats are swathed with gray and black leather and fitted with five-point racing-style safety harnesses. Twin sweep-backs integrated into the tonneau cover include storage compartments for housing small personal items. Larger gear can be stowed in the cargo compartment accessed through the fold-down tailgate.

The Axiom XSR features a Clarion Joyride audio system with voice-activated navigation featuring a color LCD monitor neatly integrated into the center dash. The global positioning system satellites pinpoint the vehicle's location, while the voice recognition system responds to the driver's commands. Audio travel directions, including turn alerts, are transmitted through the audio system's four speakers, while visual directions are displayed on the LCD screen.

Concept vehicles like the Axiom XSR demonstrate the Isuzu Motors America design team's creativity and willingness to design truly unique SUVs. While they say that all of its concepts are producible, the likelihood of the XSR appearing in showrooms depends on public response to the concept. The Axiom itself entered production following the extremely positive reaction to the revolutionary ZXS concept vehicle.