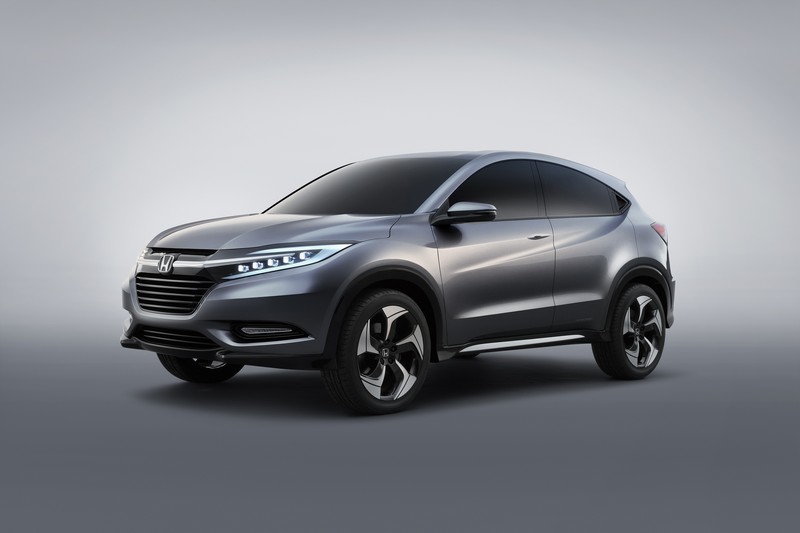 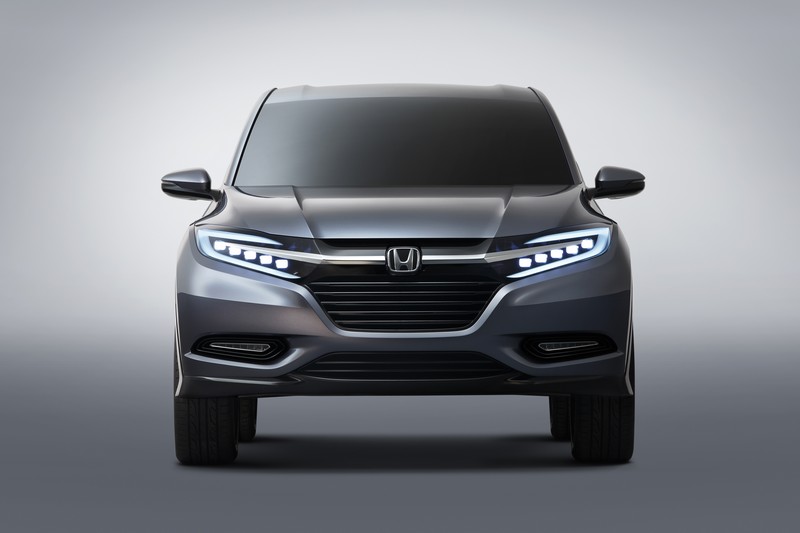 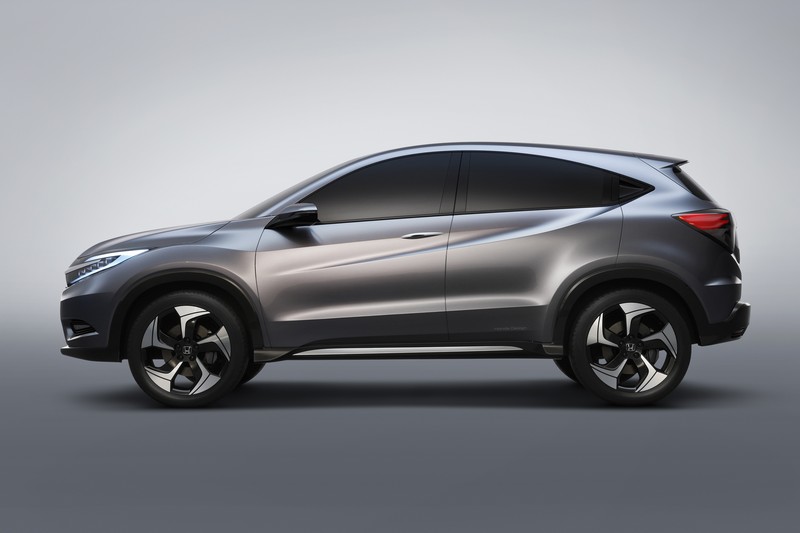 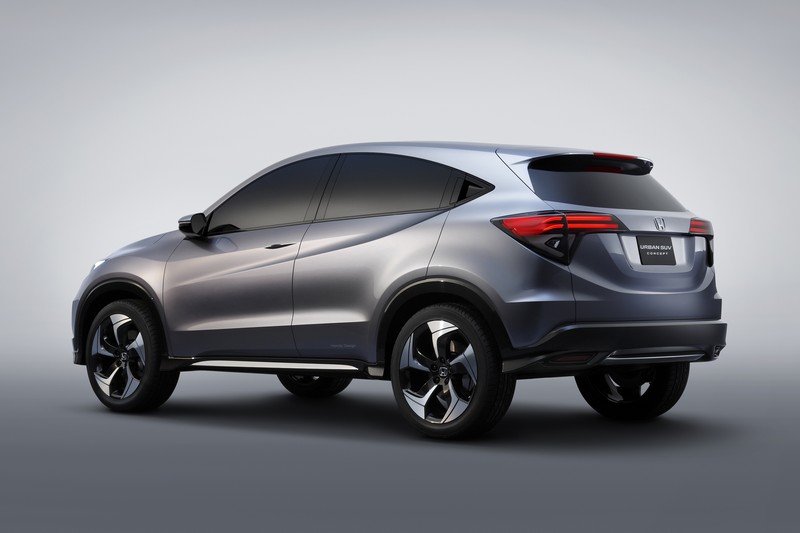 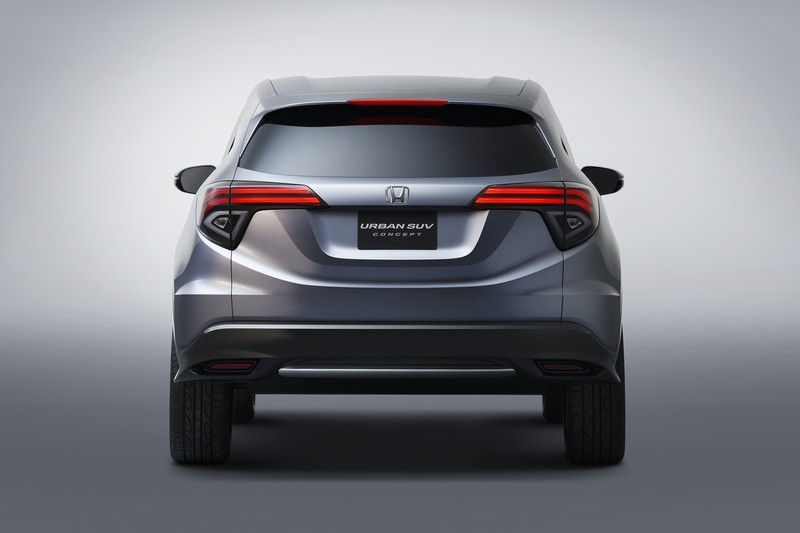 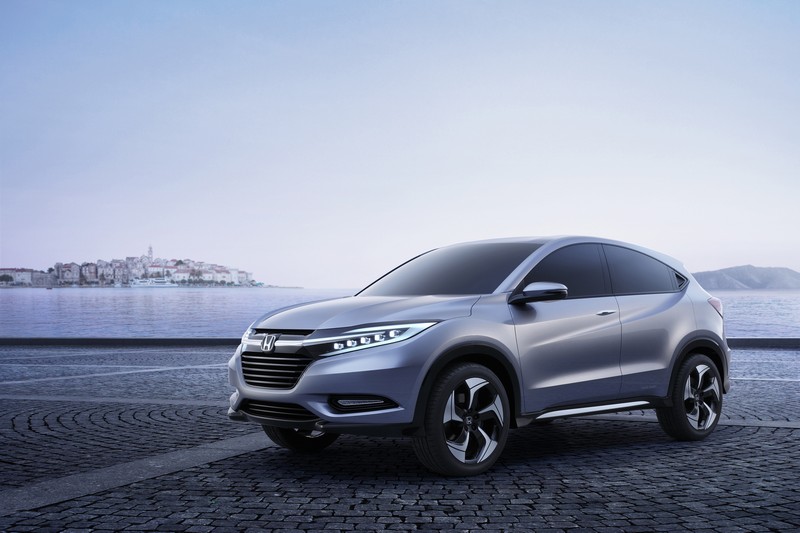 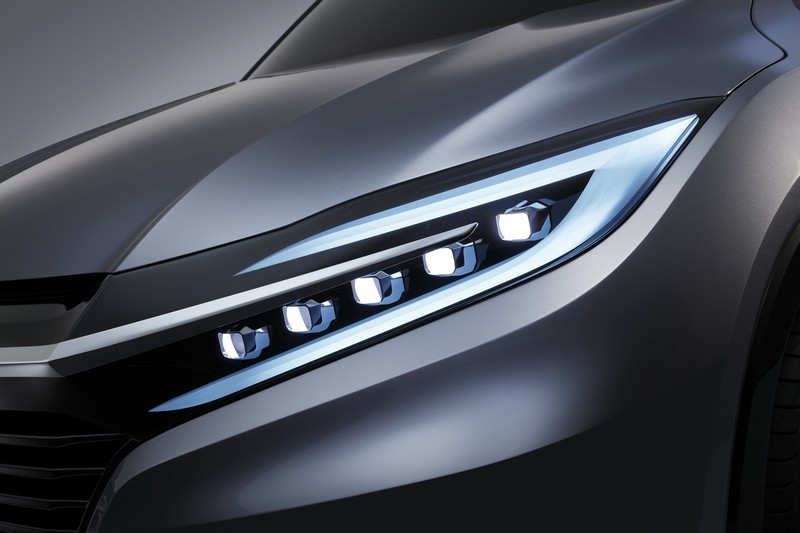 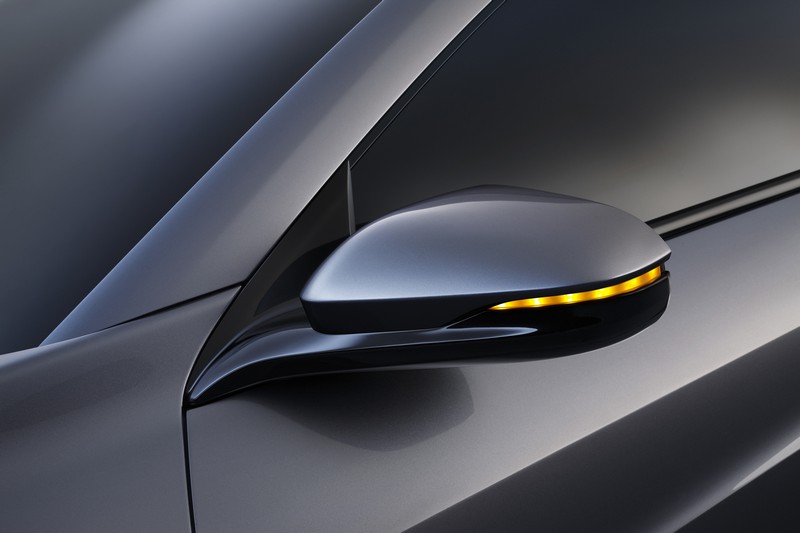 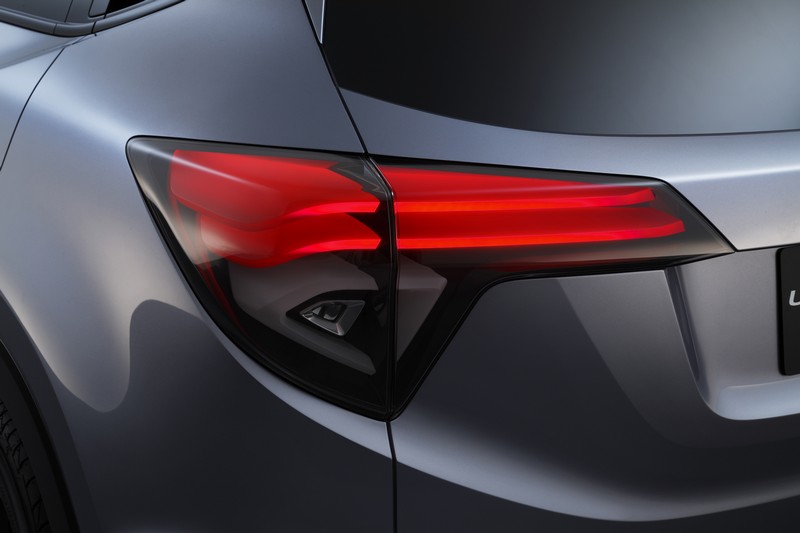 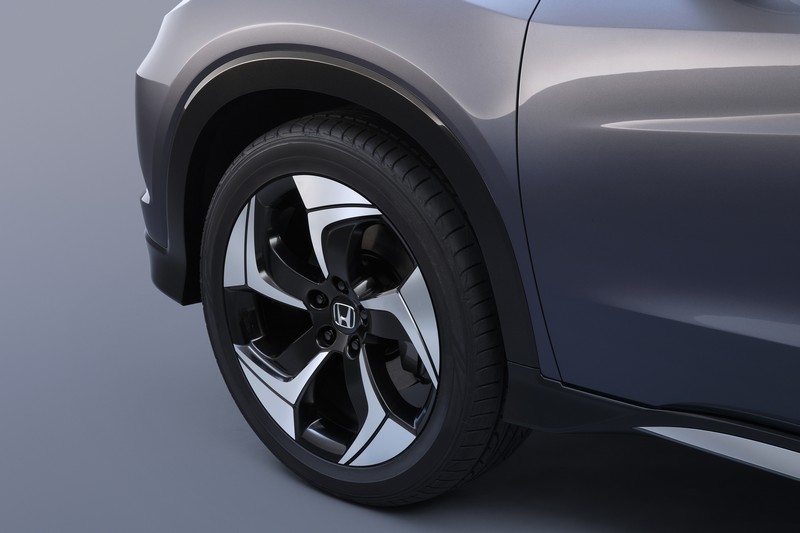 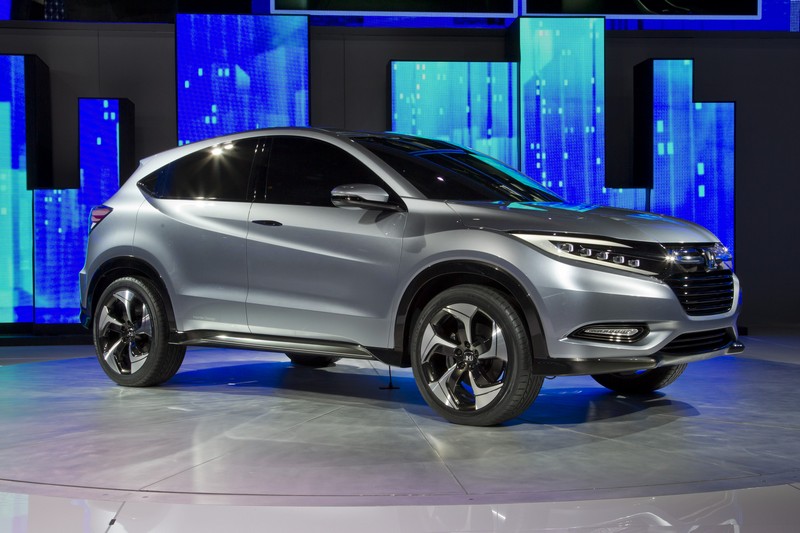 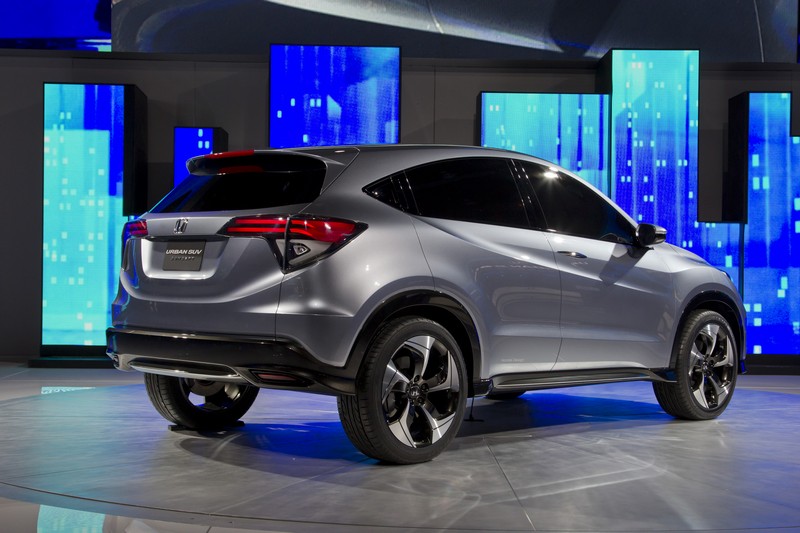 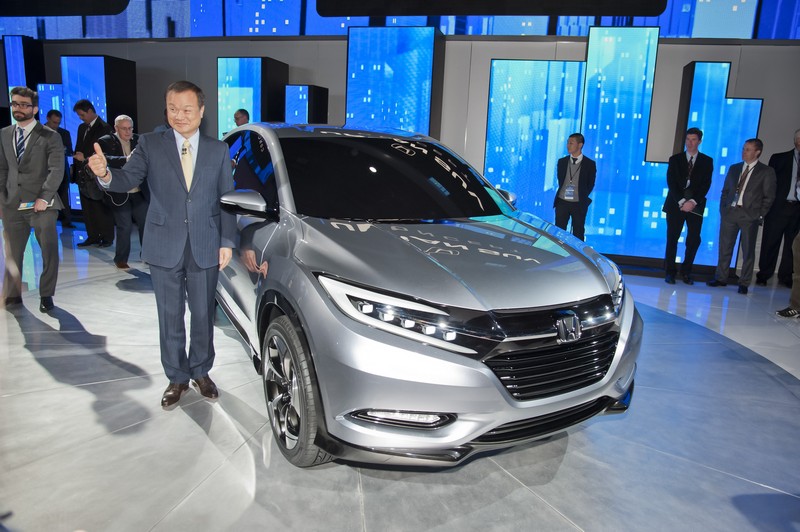 The URBAN SUV CONCEPT is a concept vehicle for a global model. This model features sporty and dynamic design unique to an SUV, while also offering a spacious cabin realized by the Honda-original center-tank layout with high functionality. The exterior design was developed featuring the sharp and sporty character lines of a coupe while maintaining the dynamism of a crossover model to express an emotional and sensual design.

The all-new compact SUV model based on this concept will go on sale in Japan by the end of 2013, followed by sequential introductions in other countries around the world. In North America, Honda plans to begin production of the compact SUV at the new plant in Mexico, which will become operational in spring 2014, and begin sales in the U.S. before the end of 2014.

Featuring Earth Dreams Technology, Honda's next generation powertrain series that greatly enhances both driving performance and fuel efficiency at a high level, the all-new compact SUV will be available with three types of powertrains - gasoline, hybrid and diesel - evolving a product lineup which accommodates the unique characteristics of each region on a global basis.

Honda plans to sell more than 1.5 million units annually of the three "Global Compact Series" models, namely the Fit, the City and the all-new compact SUV, which utilize the Honda-original center-tank layout, by the end of 2016. Starting with the Global Compact Series, Honda will pursue a transformation of its global operations to promptly respond to the needs of customers around the world and evolve models with the best specifications for each region at affordable prices.

An all-new Honda "Urban SUV Concept" vehicle made its world debut today at the 2013 North American International Auto Show (NAIAS) in Detroit. The dynamic and youthful concept hints at the styling direction of an all-new small SUV slated to launch in Japan by the end of 2013, followed by the U.S. market in 2014.

"No one has had greater success with small cars than Honda, and this Urban SUV Concept will create new value in the growing small-SUV segment," said John Mendel, executive vice president of sales at American Honda. "With the continued expansion of our North American manufacturing operations, we expect fuel-efficient and fun-to-drive 'small' cars to play a key role in meeting the needs of our customers in the U.S."

The Urban SUV Concept represents the expansion of vehicles based on Honda's Global Compact Series, which includes the Honda Fit subcompact and the Honda City subcompact sedan, a model sold in markets outside the United States.

Coming to the U.S. in 2014, an all-new small SUV based on the Urban SUV Concept will feature fuel-efficient Earth Dreams™ Technology and be priced and positioned below the CR-V within the Honda light-truck lineup. Part of Honda's Global Compact Series, and utilizing the Honda-original center-tank layout featured on the Fit, the model will include Honda's configurable Magic Seat® setup that can provide a host of passenger and cargo options, including a fold-flat mode for maximum cargo capacity. The all-new model will also feature next-generation telematics and a modern interior.

The small SUV will be manufactured along with the Fit at Honda's newest North American plant near Celaya, Mexico, expected to open in the spring of 2014. The growth and expansion of its small-vehicle lineup will help Honda double worldwide production of vehicles in its Global Compact Series to more than 1.5 million units by the end of 2016, and remain a global small-car leader.