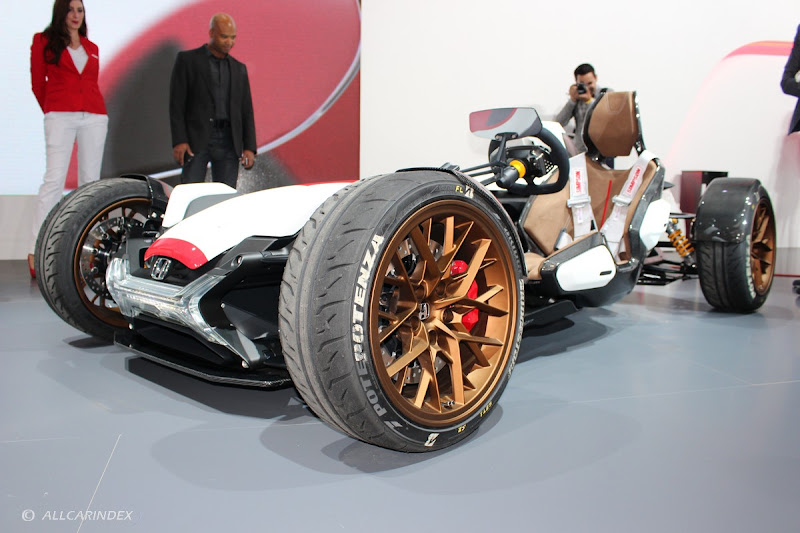 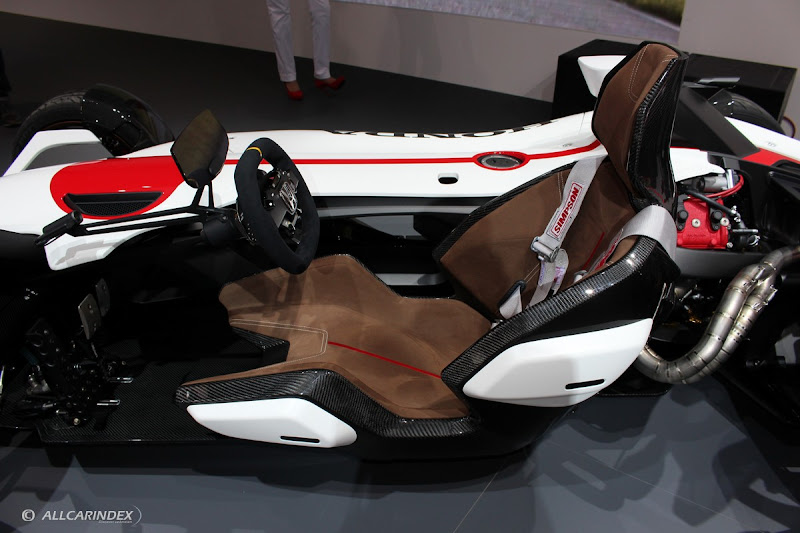 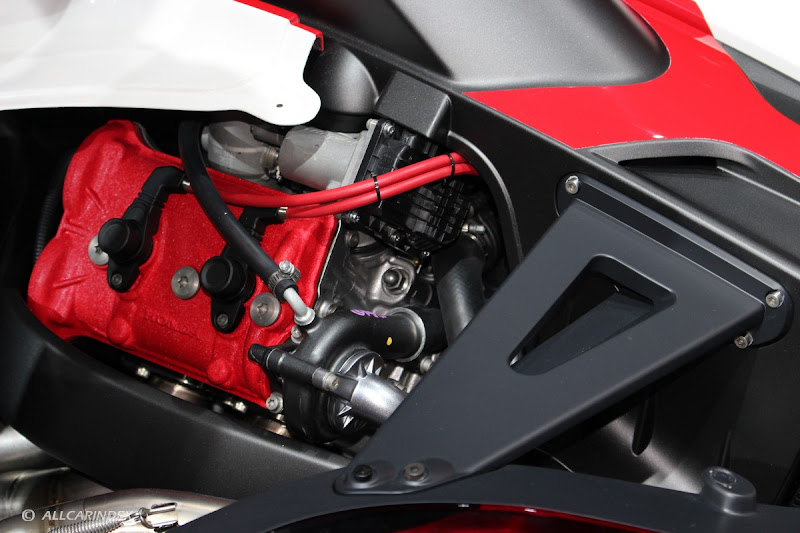 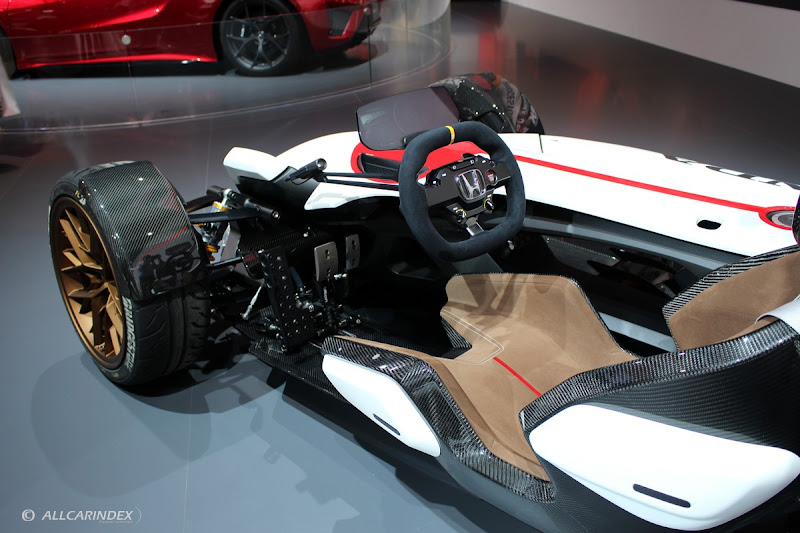 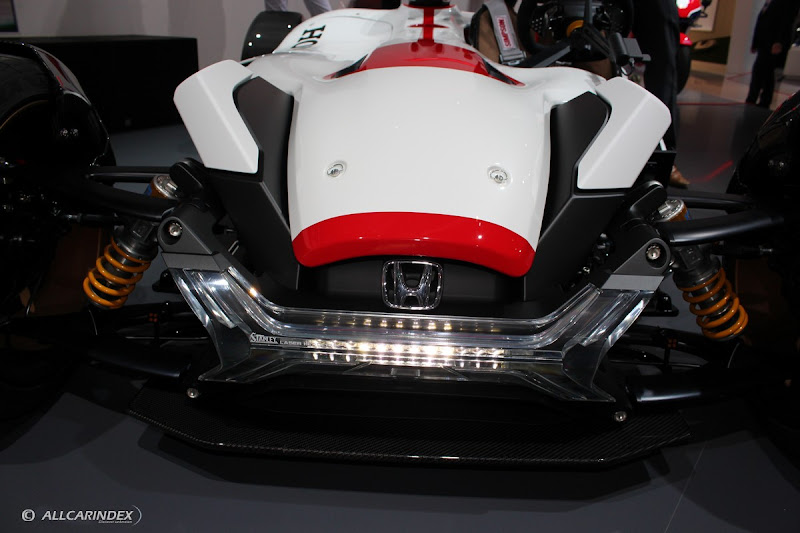 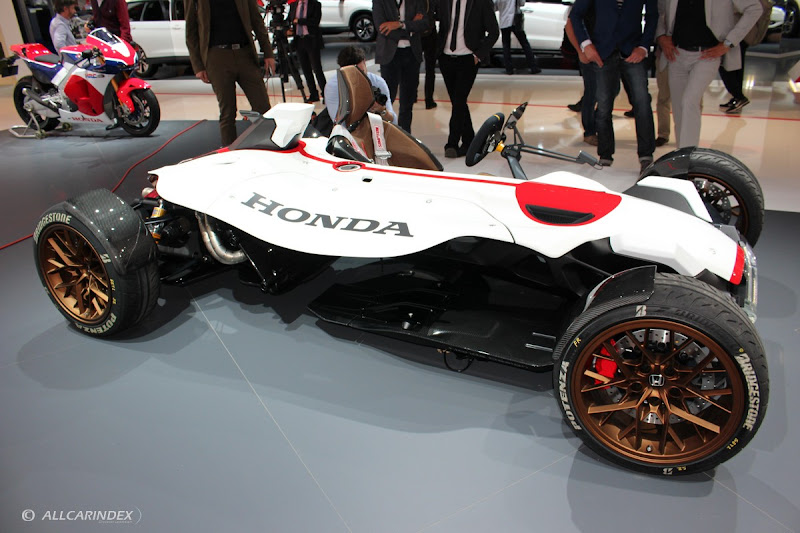 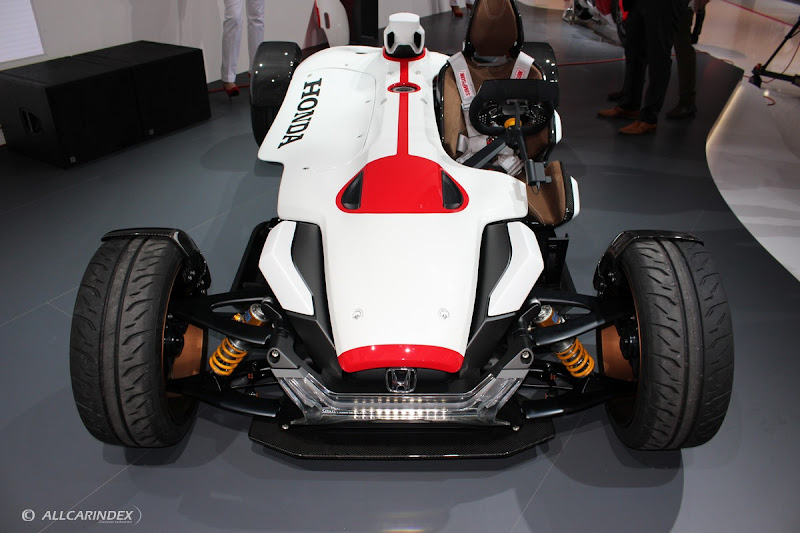 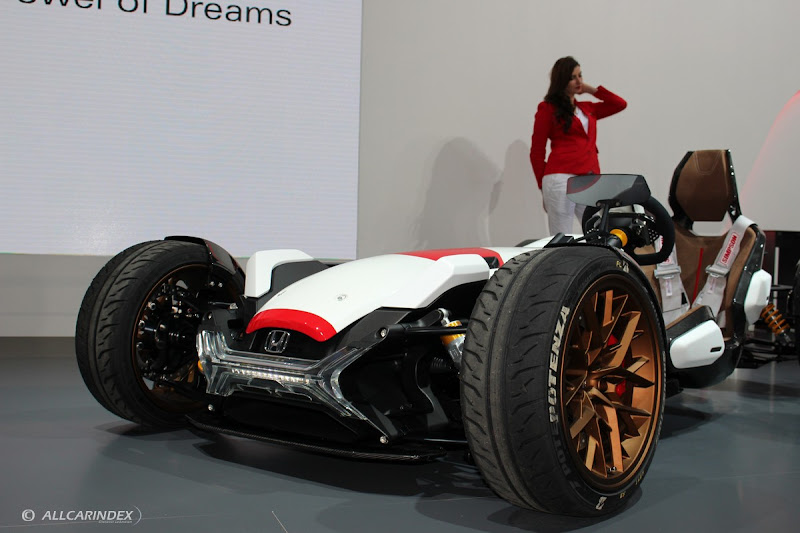 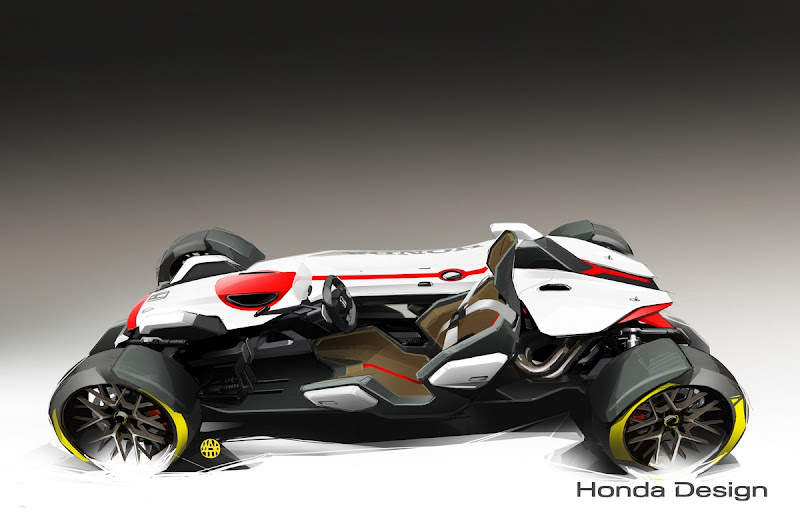 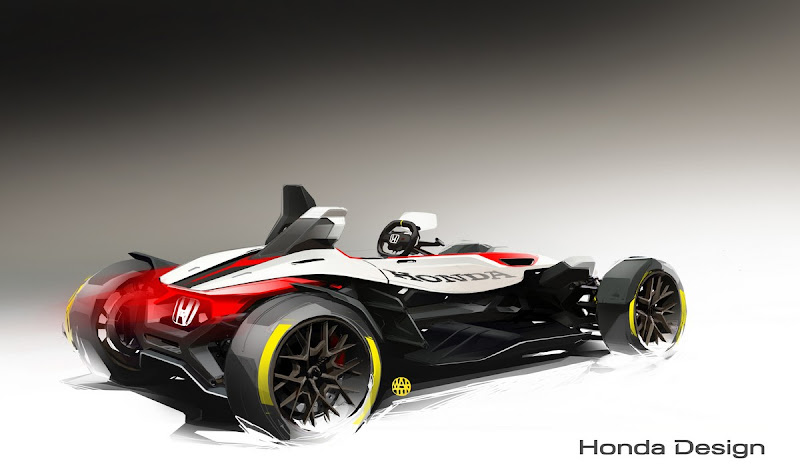 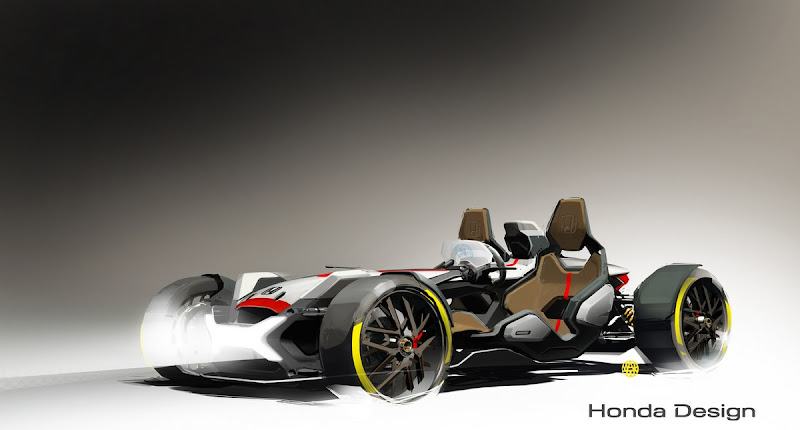 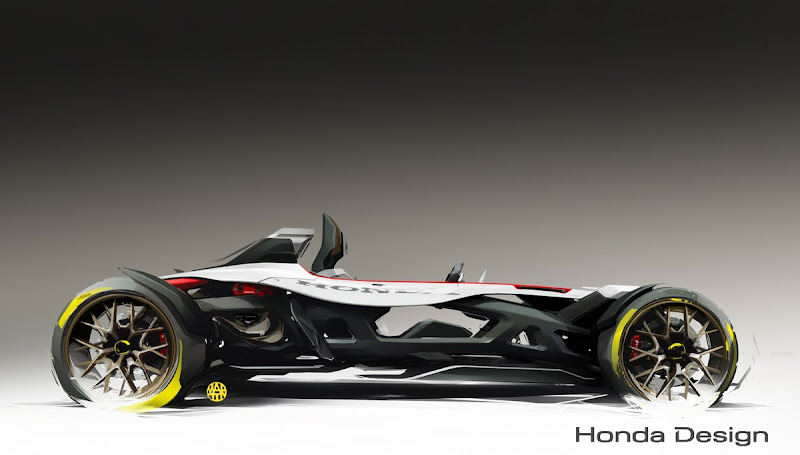 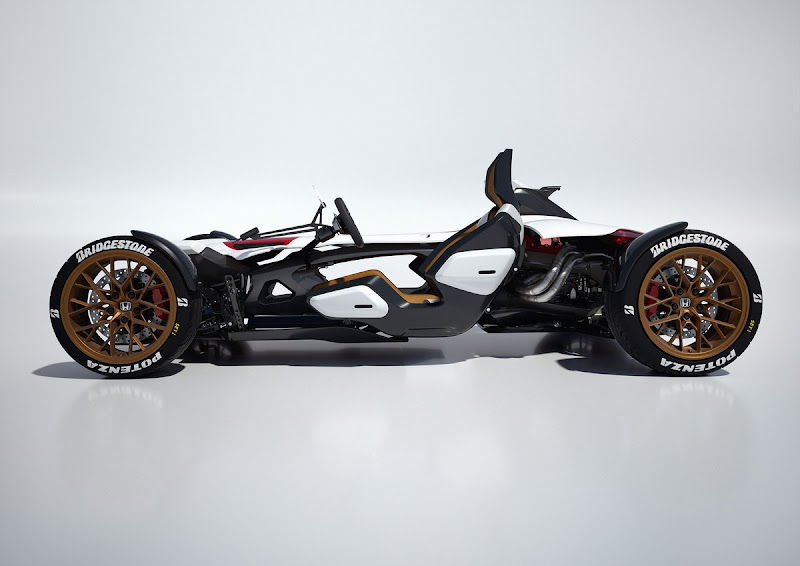 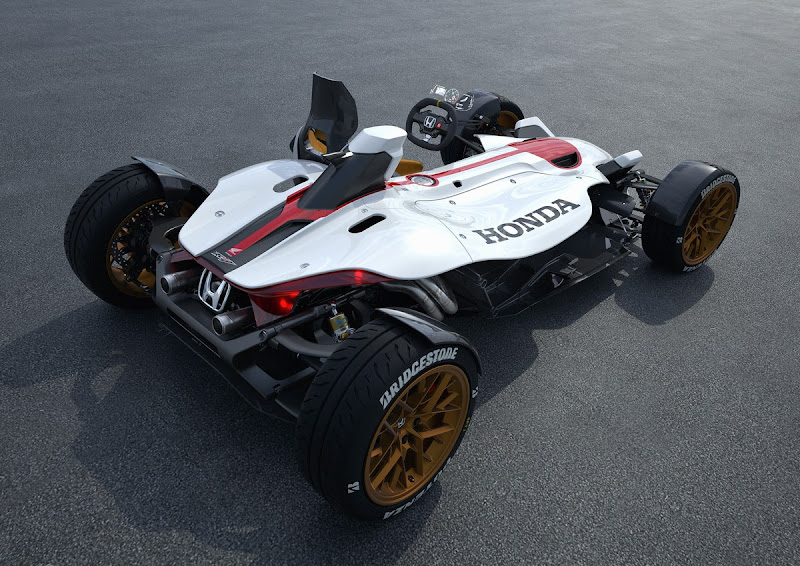 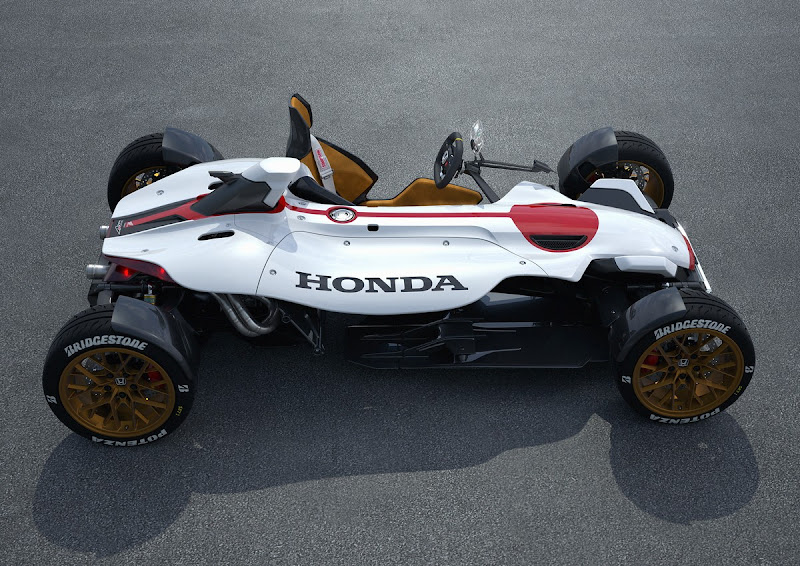 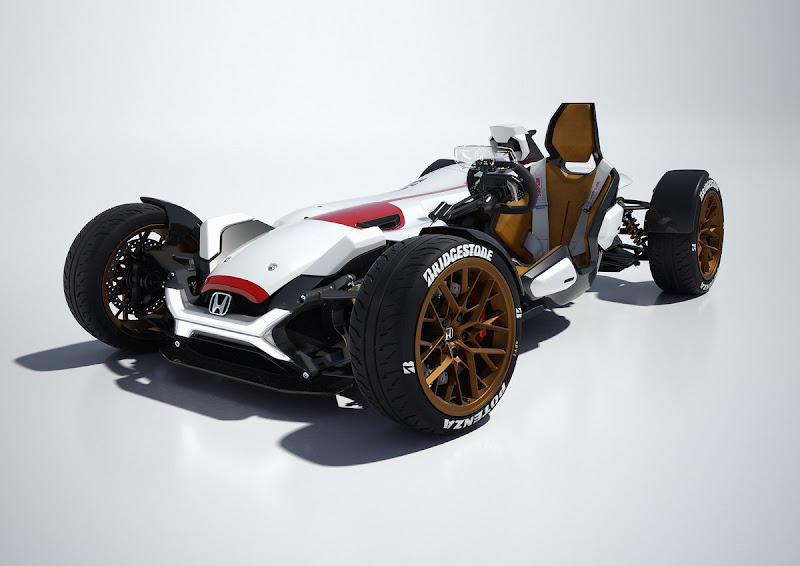 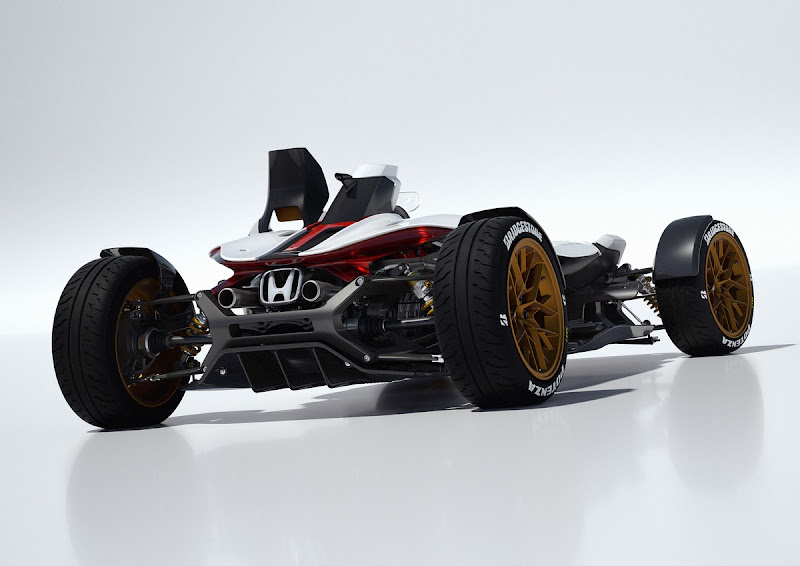 An example of the continuous effort to create an ever-more immersive driving experience, Honda Project 2&4 brings together the brand’s unique capabilities in two- and four-wheel mobility. Featuring the RC213V competition motorcycle engine, which has been modified to run on public roads, the Honda Project 2&4 provides the freedom of a motorcycle and the manoeuvrability of a car.

Its exceptional engine, a 999 cc V-4 four-stroke unit, was originally developed for the world-class MotoGP motorcycle racing series and has been specially tuned for the public road. The engine conforms to Honda’s ‘The Power of Dreams’ guiding philosophy that inspires innovation and originality. With a 14,000 rpm red line, the unit is mated to a six-speed DCT gearbox and delivers peak power of 215 PS at 13,000 rpm, and peak torque of 118 Nm at 10,500 rpm.

Drawing on Honda’s racing heritage, the body design and engine position have been inspired by the legendary Honda RA272 of 1965. The structure reveals the core frame and functional components of the car, much as would be more customary for a motorcycle, and is similarly compact. Overall length is 3,040 mm, width 1,820 mm and height 995 mm. A weight of just 405 kg maximises the power of the mid-mounted engine which, together with the low centre of gravity, ensures an exceptionally high level of responsiveness.

The exhilarating feeling created from the open cockpit is significantly enhanced by the driver’s seat, uniquely suspended just above the road. The ‘floating seat’ design places the driver as close to the action as possible, evoking the freedom of a bike and completing the immersion provided by Honda Project 2&4’s extreme performance and unique engineering.