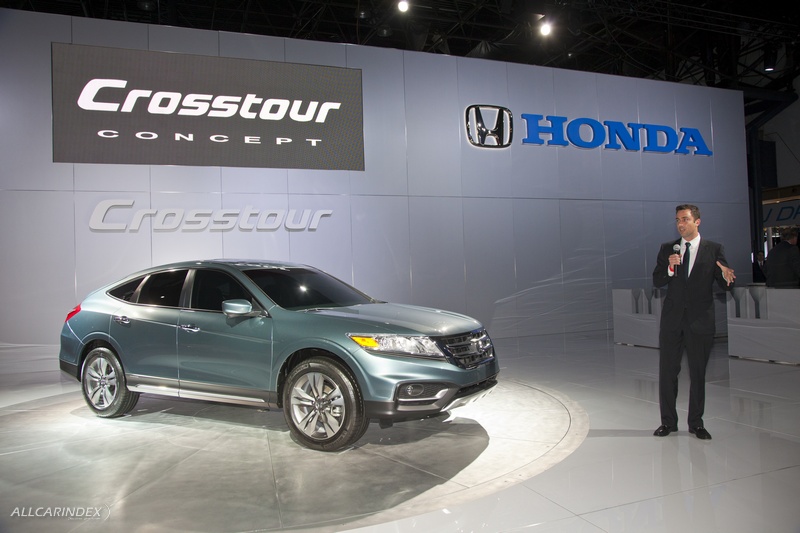 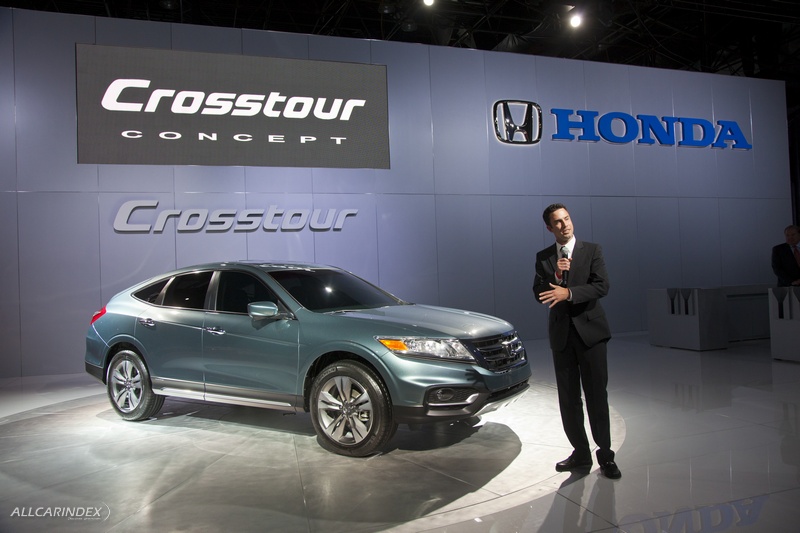 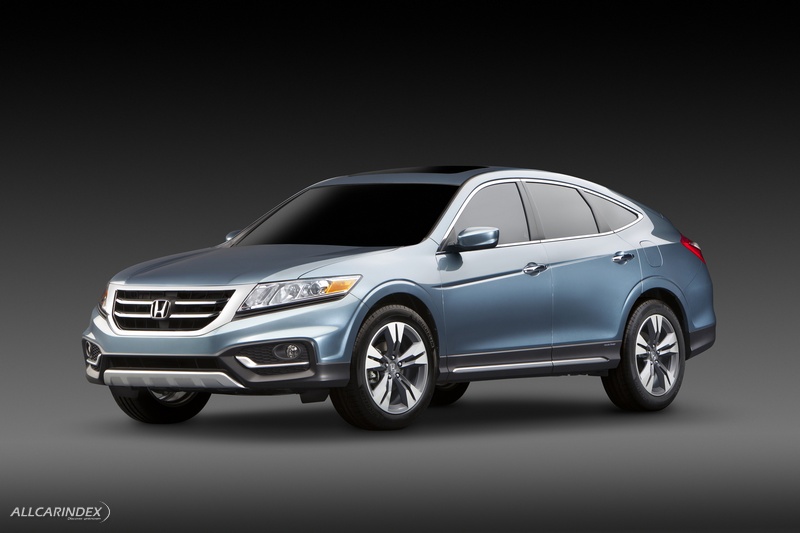 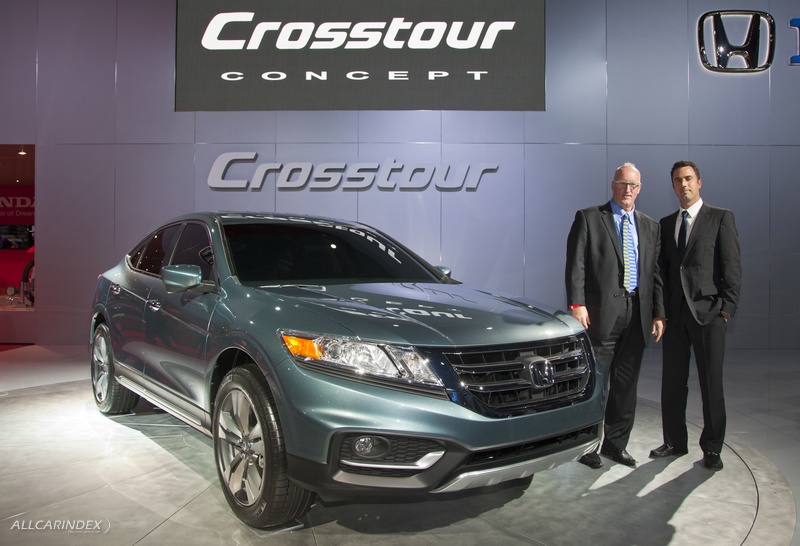 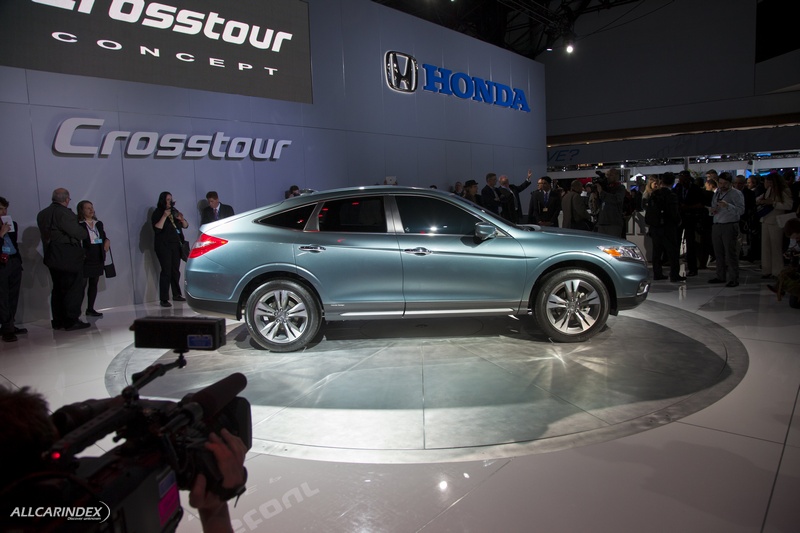 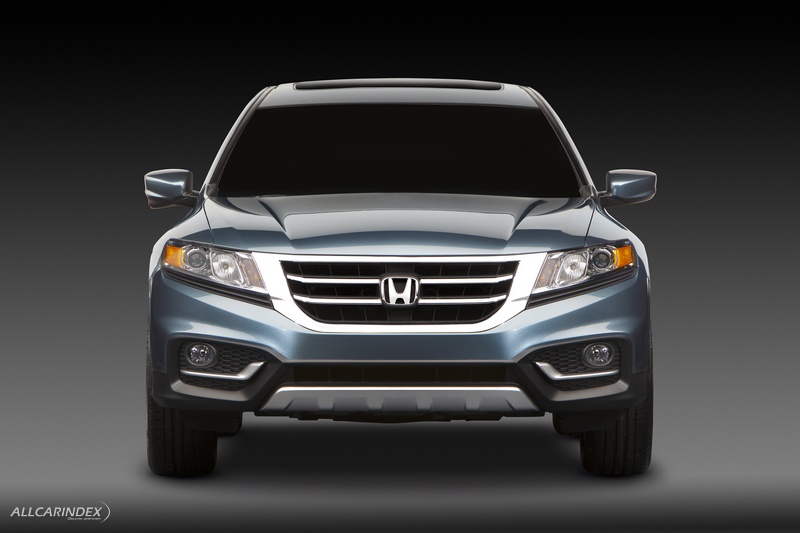 Next Crosstour to feature more capable-looking styling, more efficient V-6 drivetrain along with host of new safety and visibility features.

Honda unveiled the 2013 Crosstour Concept today at the New York International Auto Show (NYIAS), providing the first official glimpse of a more capable-looking exterior styling direction for the luxurious mid-size CUV. Set to go on sale this fall, the Crosstour's defined lines will resonate more clearly with the active consumers that form the largest portion of the premium crossover segment. The 2013 Crosstour V-6 will feature improved fuel economy thanks to its new 6-speed automatic transmission, while both four-cylinder and V-6 versions will benefit from a host of safety and visibility upgrades.

"Fueled by a combination of versatility, luxury, and efficiency, owners have demonstrated remarkable devotion to the Honda Crosstour," said John Mendel, executive vice president of sales for American Honda. "The 2013 Crosstour Concept shows how Honda will strengthen the styling and add even more content to one of the most efficient offerings in the class."

Up front, the new integrated foglamp treatment is complemented by a slotted finish beneath the headlights, which helps integrate the new, bolder grille. The revised tailgate sports a more horizontal design to add visual width to the sculpted lines at the rear of the Crosstour.

Though not on display in the Crosstour Concept, the luxurious interior of the Honda Crosstour will see even further refinement for 2013, including heavily revised trim materials, the addition of an 8-inch, in-dash information display, keyless ignition, and steering-wheel mounted paddle shifters on V-6 models.

The four-cylinder Crosstour models are powered by a 2.4-liter, 16-valve DOHC   i-VTEC® engine producing 192 horsepower at 7,000 RPM and 162 lb-ft of torque at 4,400 RPM. To maximize efficiency, a 5-speed automatic transmission with Grade Logic Control is standard equipment.

The 2013 Crosstour will introduce numerous new safety features, and is targeted to earn top scores in the federal government's New Car Assessment Program (NCAP). The next Crosstour will be available with Honda's Lane Departure Warning (LDW) and Forward Collision Warning (FCW) technology. Both systems use a camera mounted behind the windshield to alert drivers if the car is moving unexpectedly out of its lane or to warn drivers of a potential collision in front of them.

The 2013 Crosstour will provide a host of visibility enhancements, and will be one of the first models to receive the Honda-exclusive LaneWatch™ blind-spot display, which uses a camera system mounted on the passenger mirror for an enhanced view of the passenger-side roadway. Standard equipment to further enhance visibility on the 2013 Crosstour will also include re-shaped rear headrests, a rearview camera and an ExpandedView Driver's Mirror.

First launched in 2009, and now available with both V-6 and four-cylinder engines, the Crosstour remains one of the most versatile choices in the midsize crossover segment, and earned the distinction of J.D. Power and Associates' "Highest Ranked Midsize Crossover/SUV in Initial Quality" in their 2011 Initial Quality Study SM (IQS). The Crosstour is produced2 at Honda's East Liberty Auto Plant in East Liberty, Ohio.