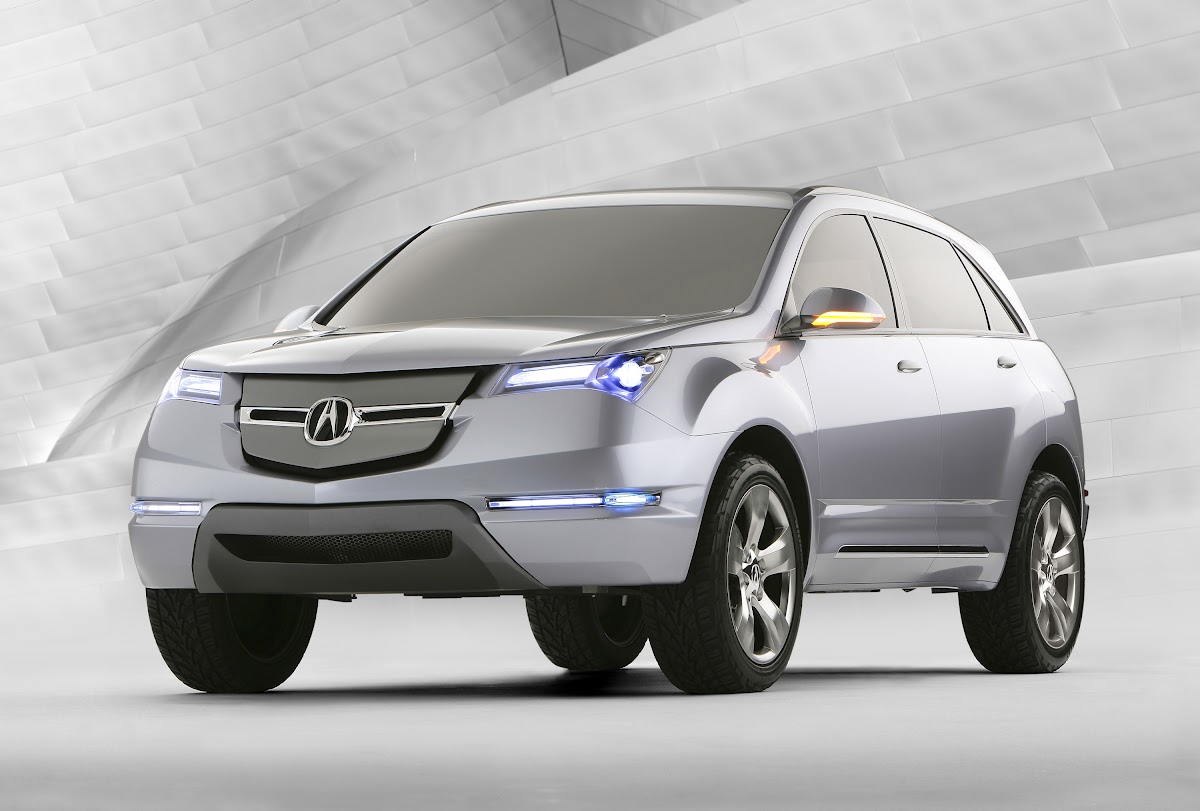 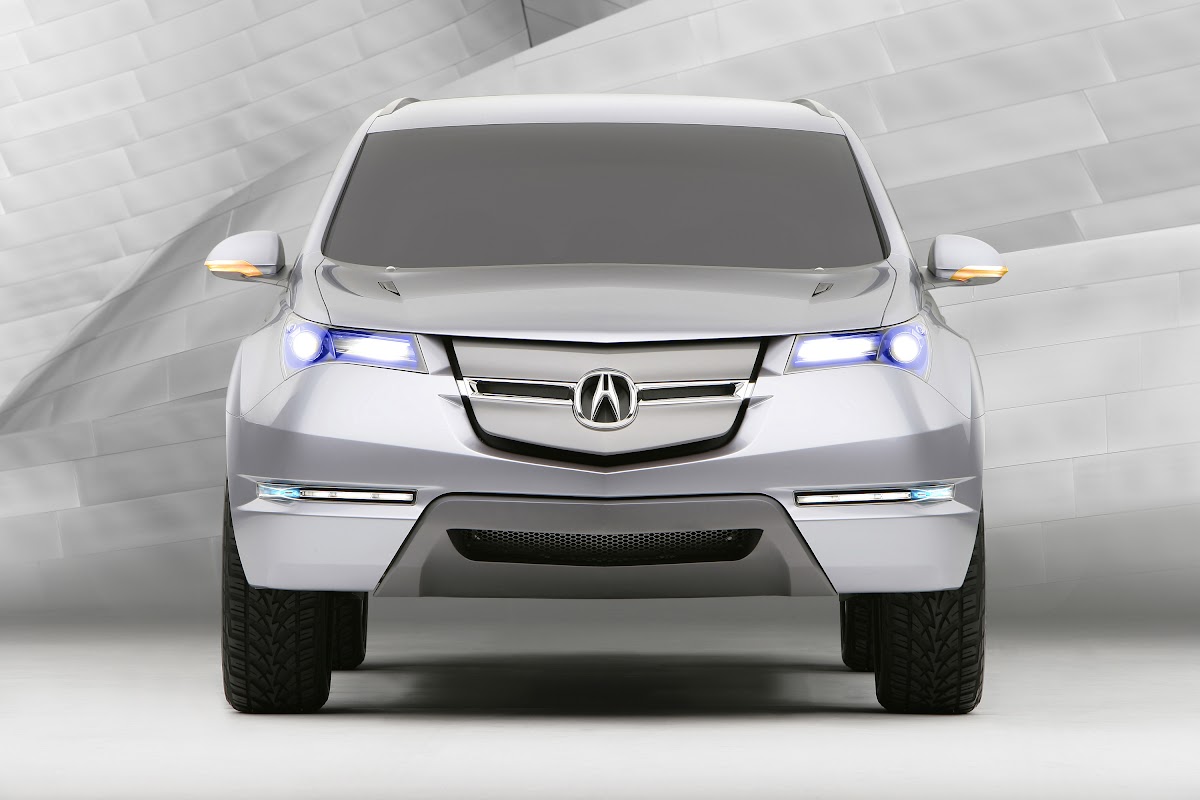 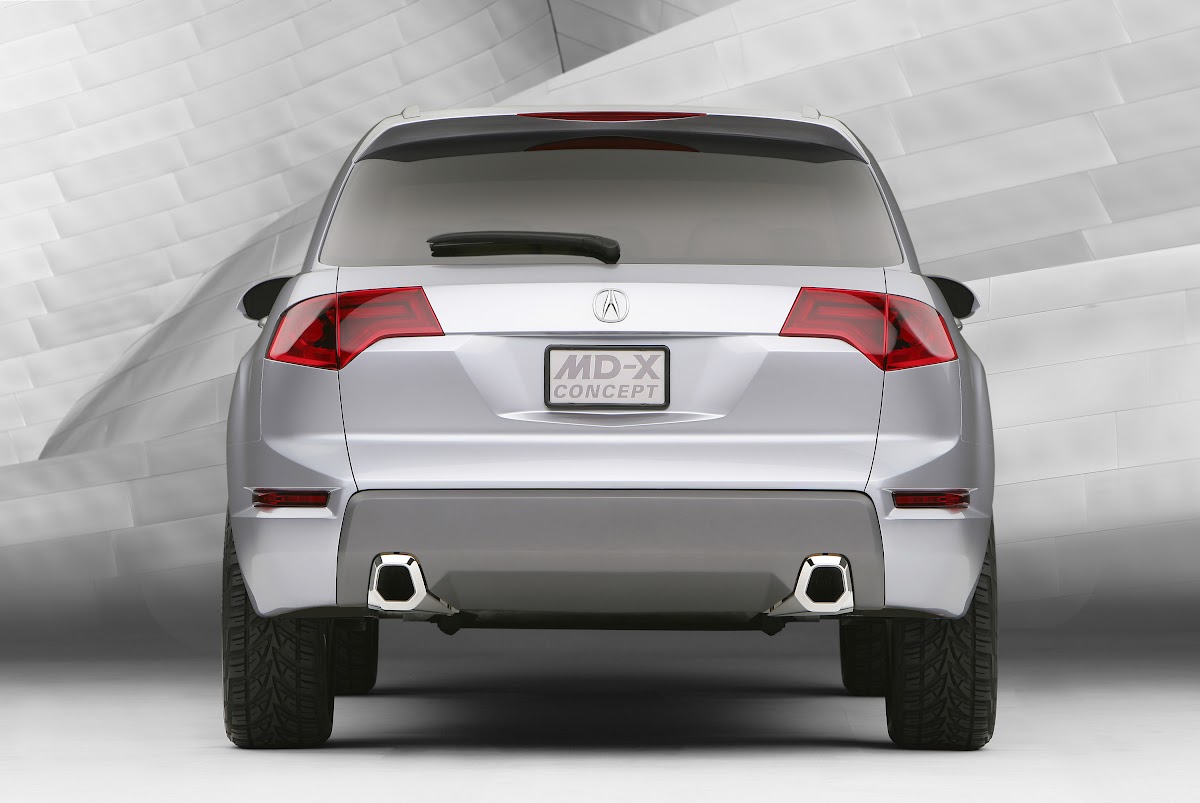 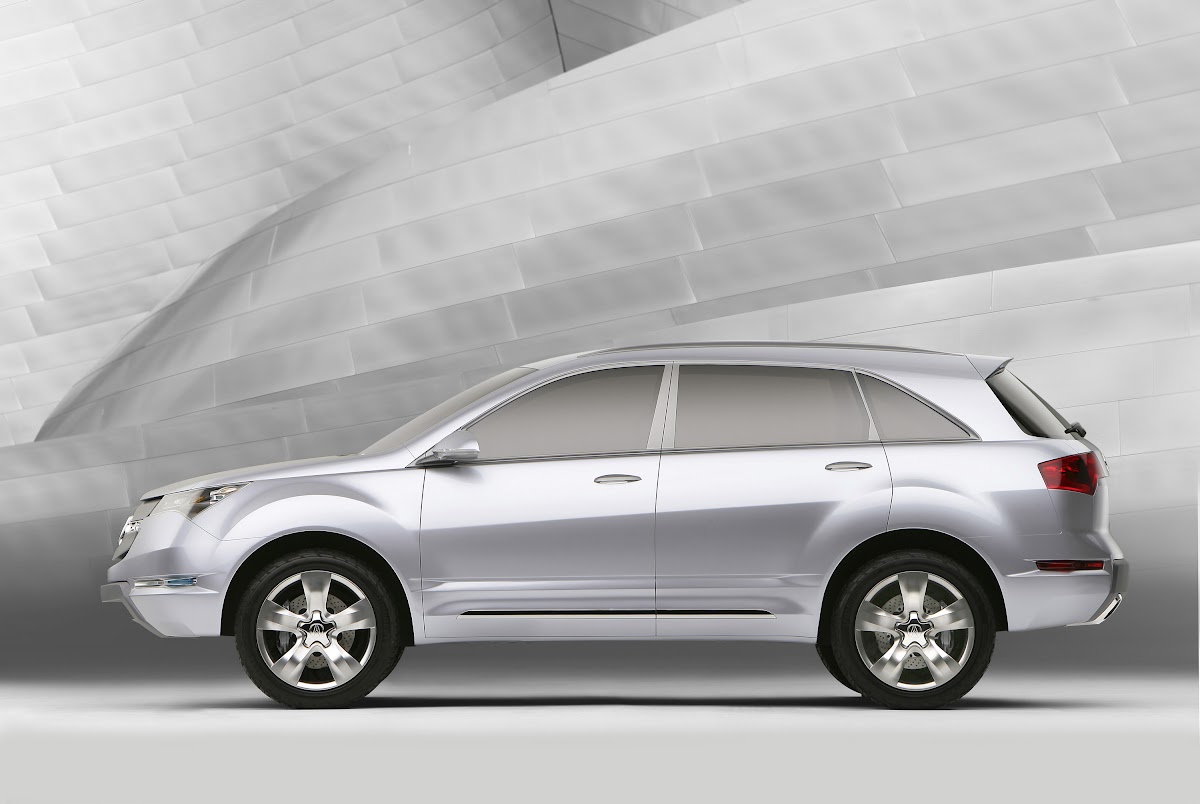 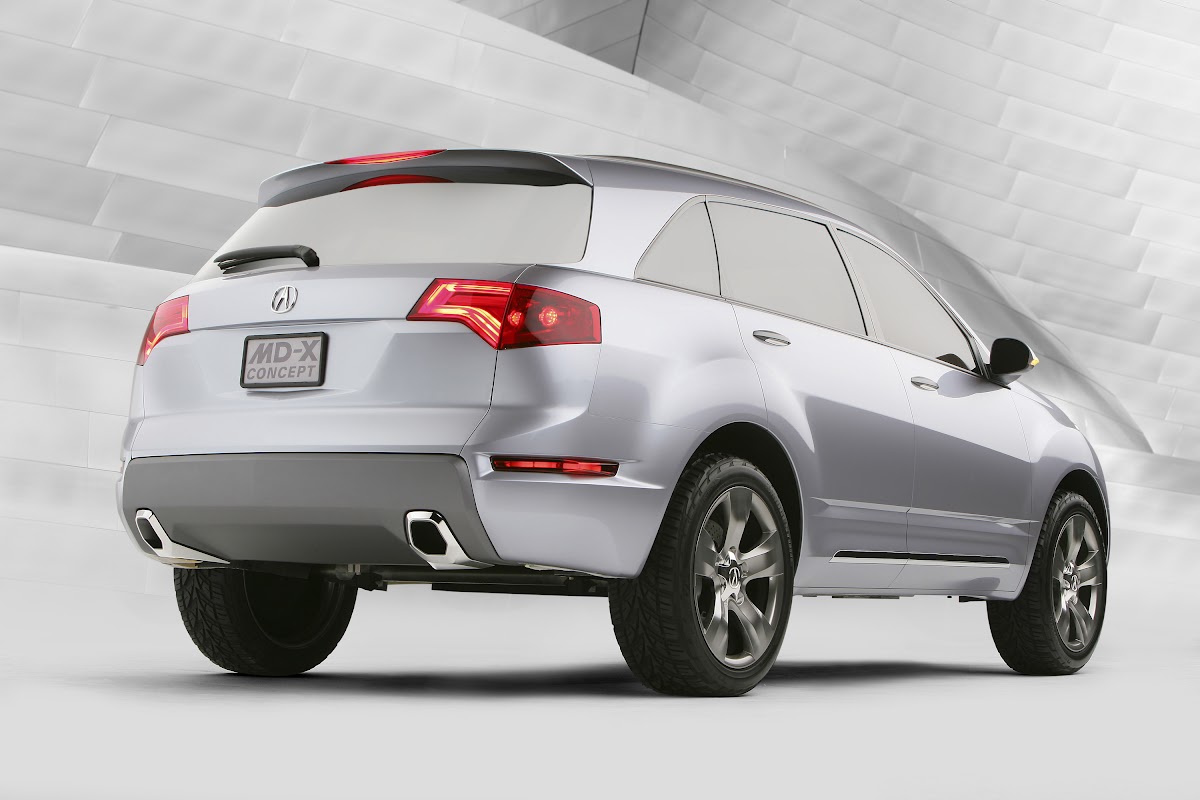 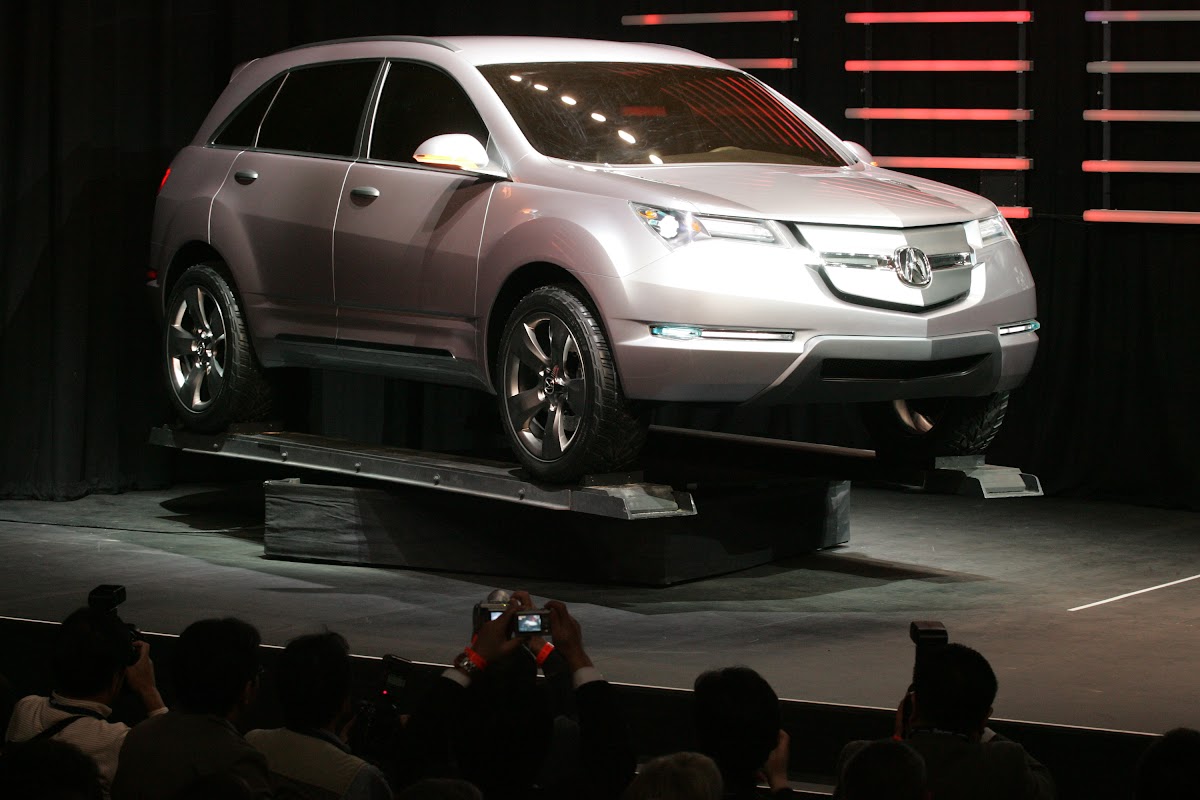 "Every aspect of the MD-X Concept design conveys performance while still retaining SUV functionality," said John Mendel, senior vice president, auto operations. "The styling signifies a bold direction for the next generation MDX, both in appearance and substance."

The MD-X Concept is fashioned as a true driver's SUV, with its low, wide stance and aggressive design. Its sleek surface lines are modeled after a high-powered megayacht.

The MD-X Concept features a wider track and longer wheelbase that give the vehicle a sportier, performance look. The profile of the concept reveals a refined SUV with smooth, chiseled lines and an elegant form. A dominant character line runs from the front quarter panel to the rear, evoking the feeling of forward movement. The sharply raked D-pillar creates a stealth, aerodynamic appearance while still retaining the third row seating functionality and cargo carrying capability of the current generation MDX.

The Concept sits low to the ground despite the large 20-inch five-spoke custom alloy wheels, while the large wheel arches and flares add to the Concept's muscular appearance. The sleek cabin features flush mounted windshield glass, which improves aerodynamics while adding to the MD-X Concept's smooth and flowing design.

"The smooth lines and sleek shape of the MD-X Concept challenge the conventions of SUV design," said Ricky Hsu, chief designer for the MD-X Concept. "Our goal was to create the image of a sports sedan while maintaining generous interior volume and utility of a SUV."

The front hood is accented with pronounced character lines culminating in an aggressive five-sided grille, which gives the MD-X its bold presence. The commanding front grille features a dominant center bar running through a solid aluminum face. The narrow, Xenon High Intensity Discharge (HID) headlights appear to grow out of the massive grille, giving the overall front-end a strong, distinct look.

"The front end of the MD-X Concept communicates power and prestige," explains Hsu. "We want drivers to do a double-take when the vehicle passes them on the road."

In the rear, the MD-X Concept has an integrated rear hatch, which sits flush against the bumper to create a smooth, clean appearance. LED taillights wrap around the cargo hatch adding to the vehicles wide and low appearance. A rear spoiler improves aerodynamics and the integrated dual exhaust pipes add to the SUV's sporty style.

The next generation MDX production model will be available this fall, bringing a whole new level of performance and sophistication to the Acura light truck lineup. Track-tuned at the famed Nurburging in Germany, the all-new MDX will feature outstanding performance and handling. Equipped with a powerful, class leading V6 engine and coupled with Acura's exclusive Super Handling All -Wheel Drive™ (SH-AWD™), the next generation MDX will re-invent the luxury SUV segment just as it did when it first debuted.