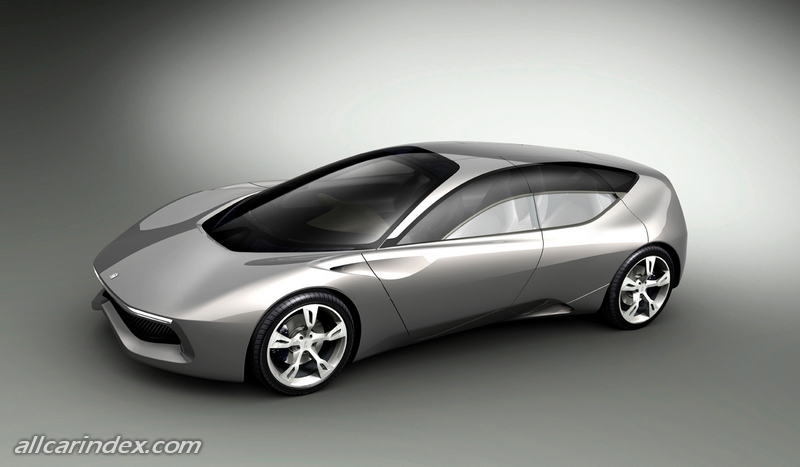 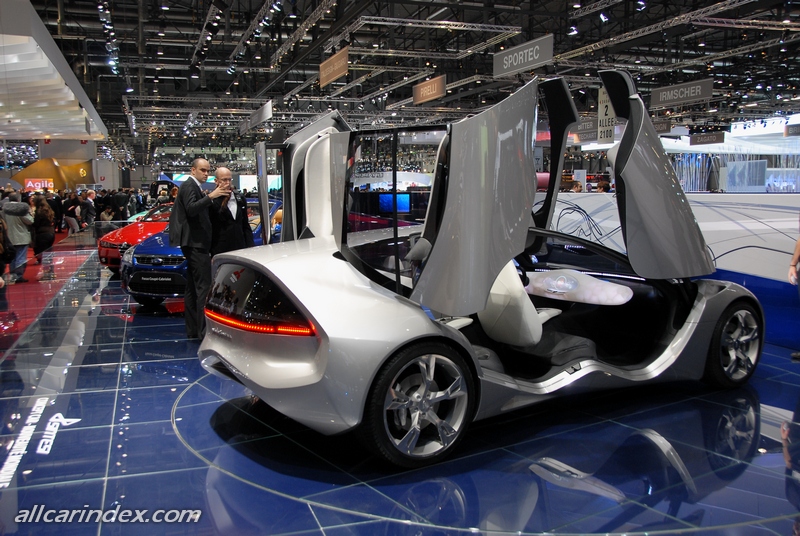 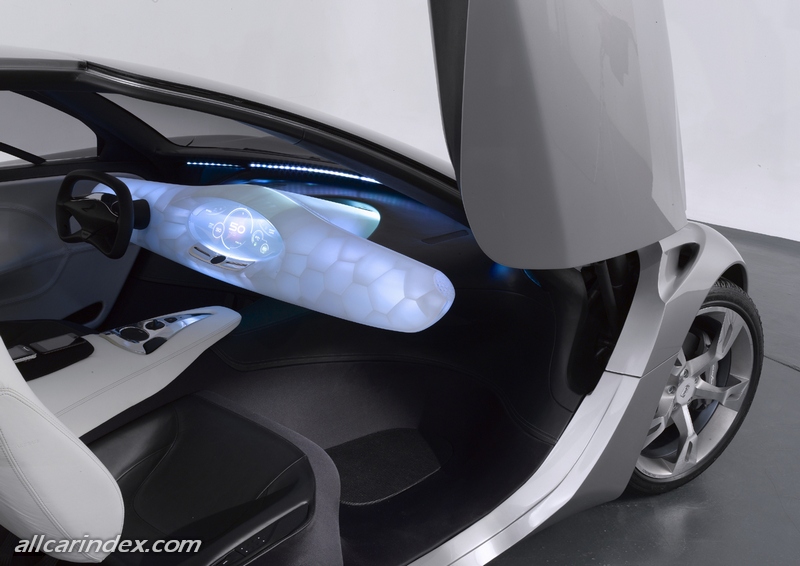 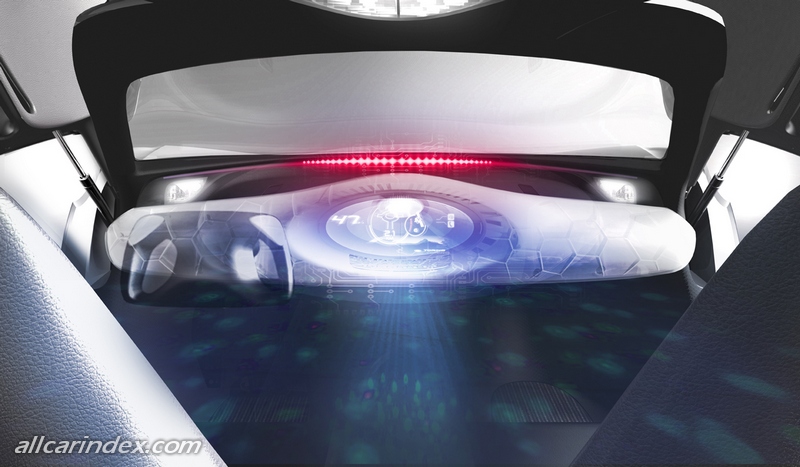 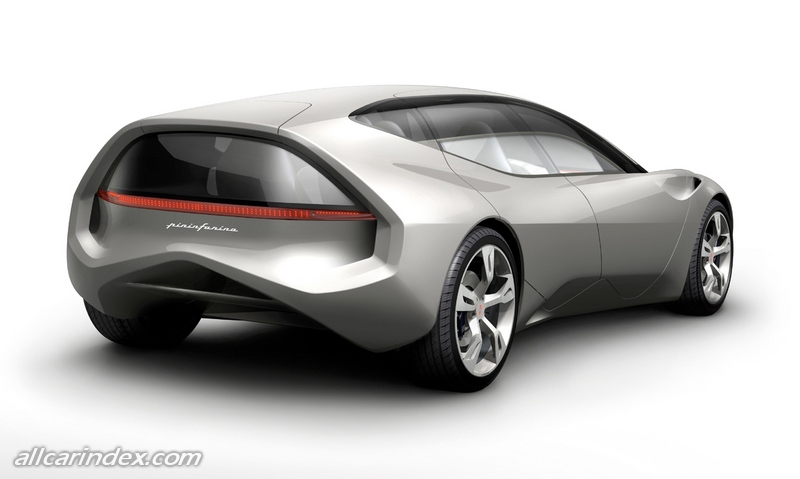 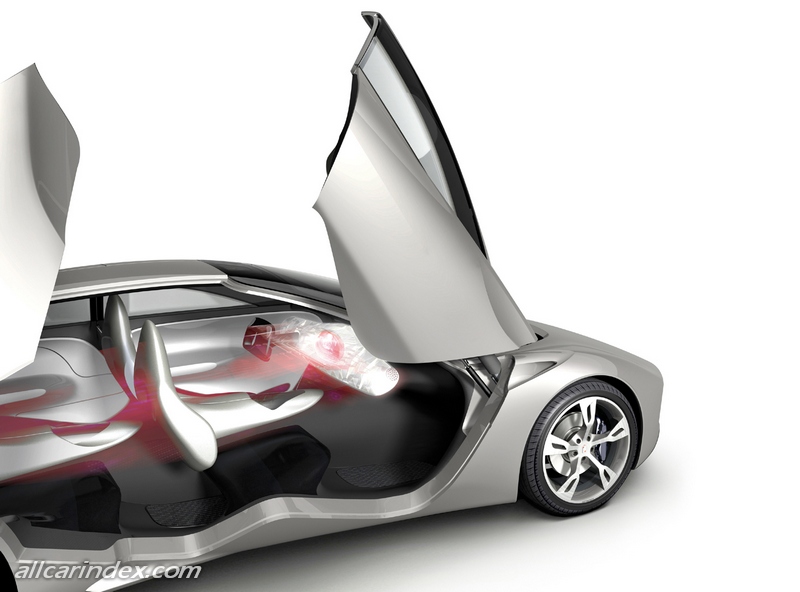 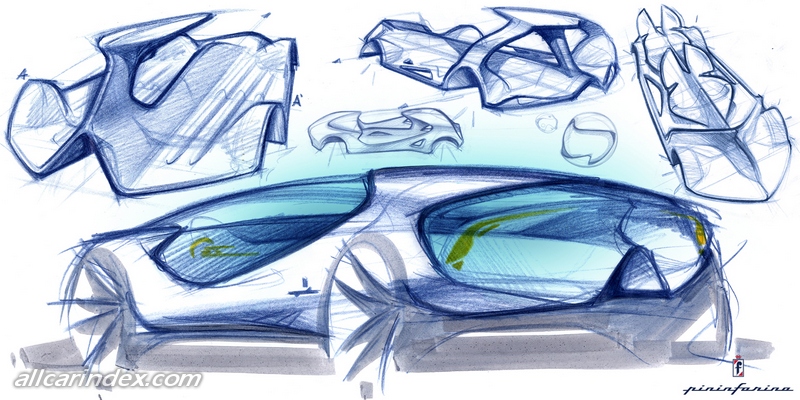 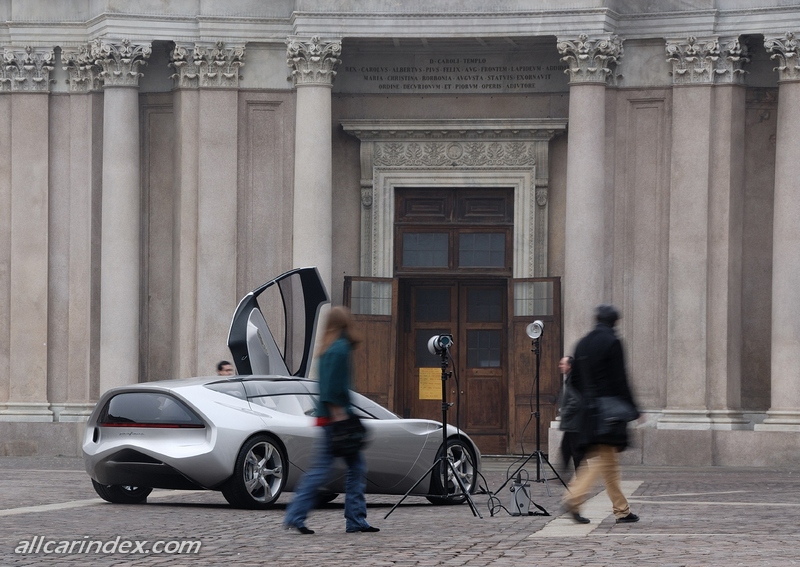 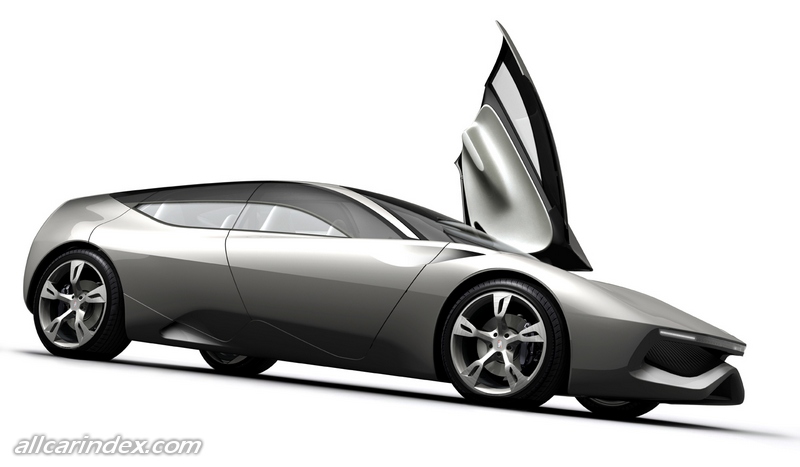 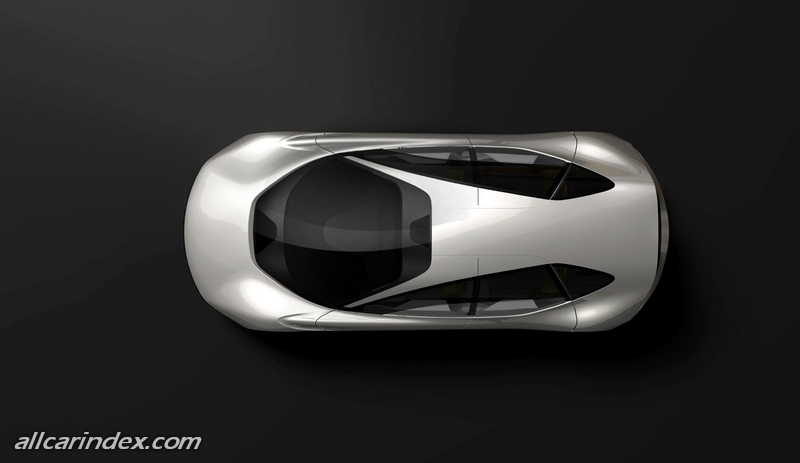 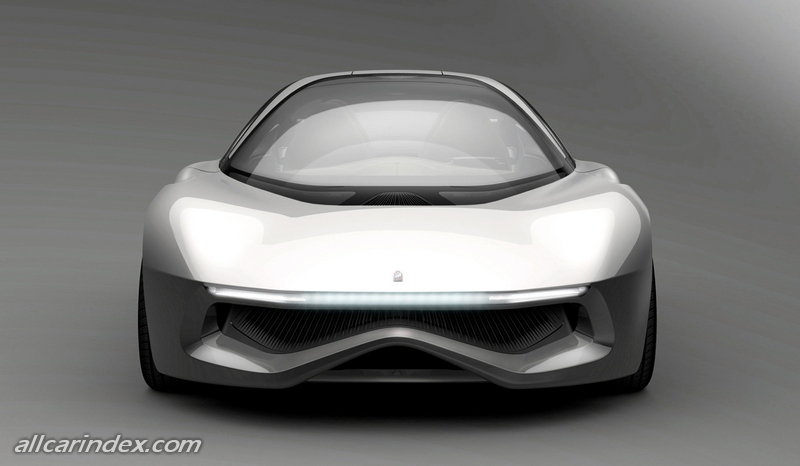 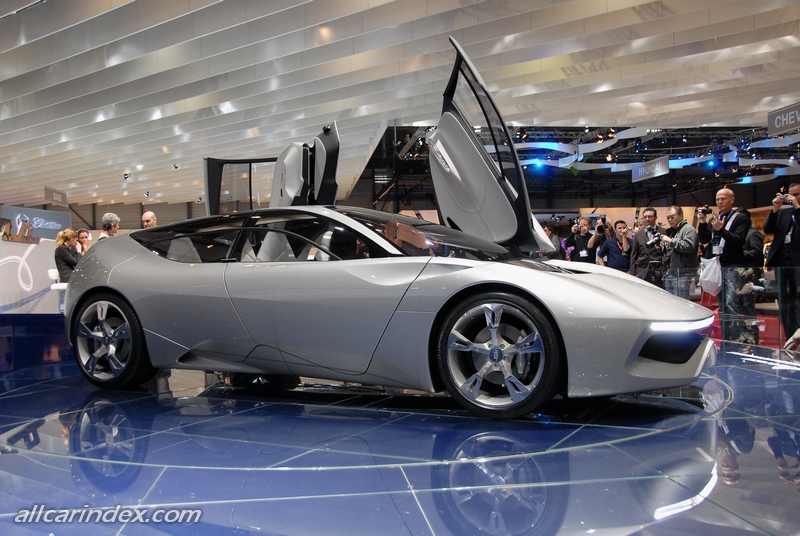 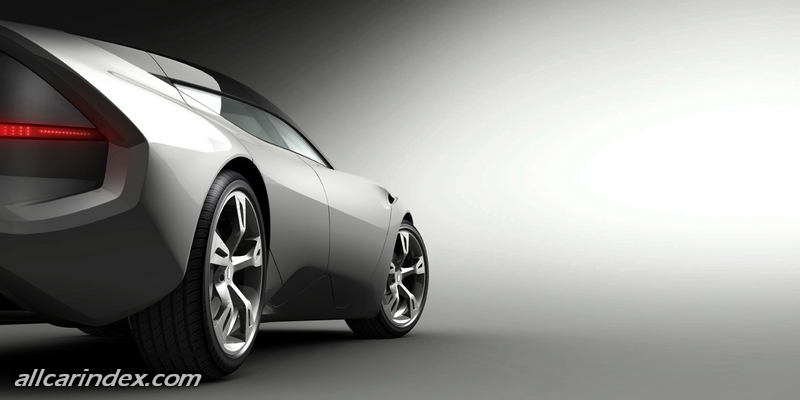 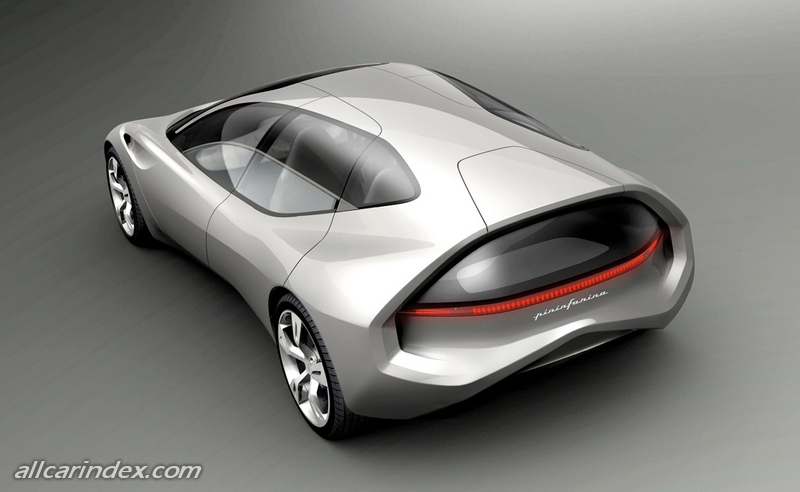 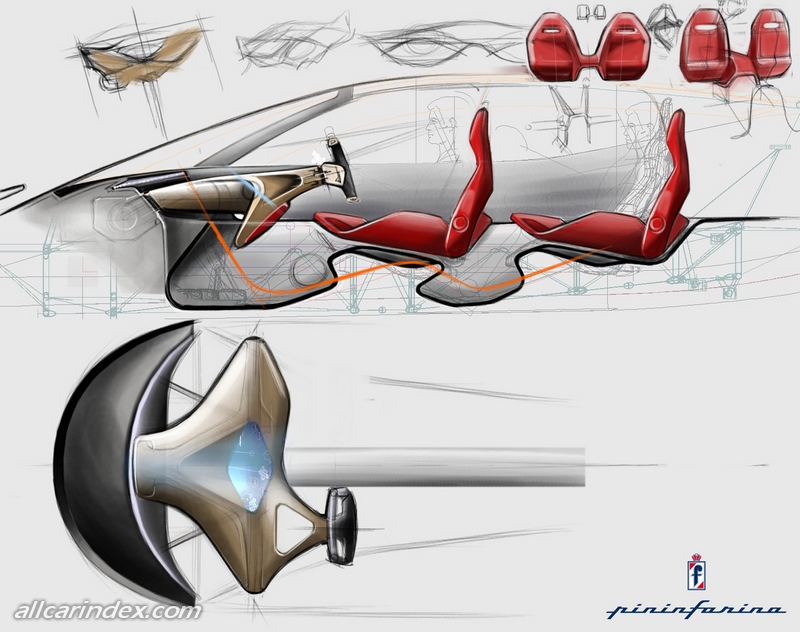 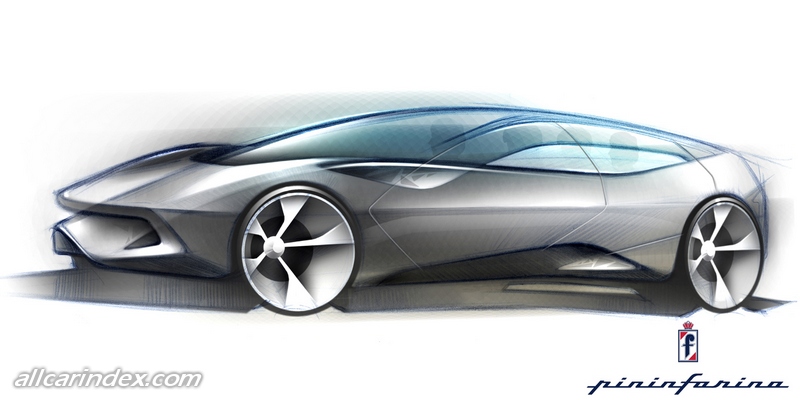 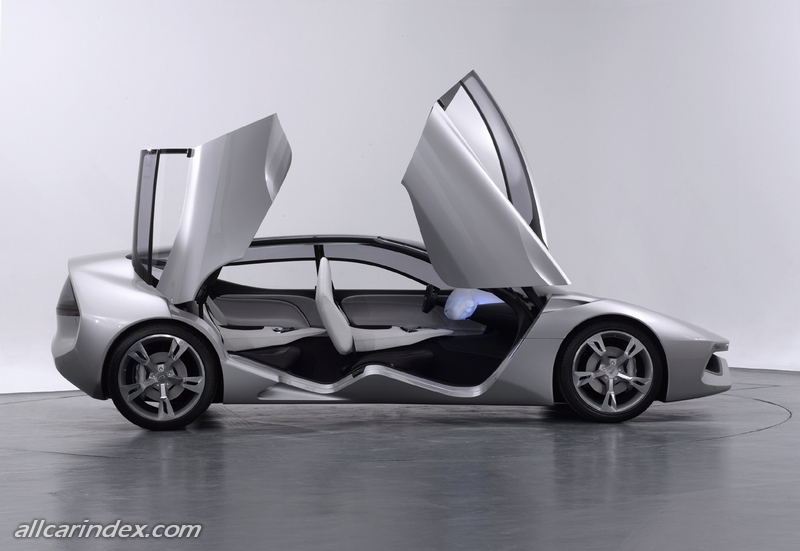 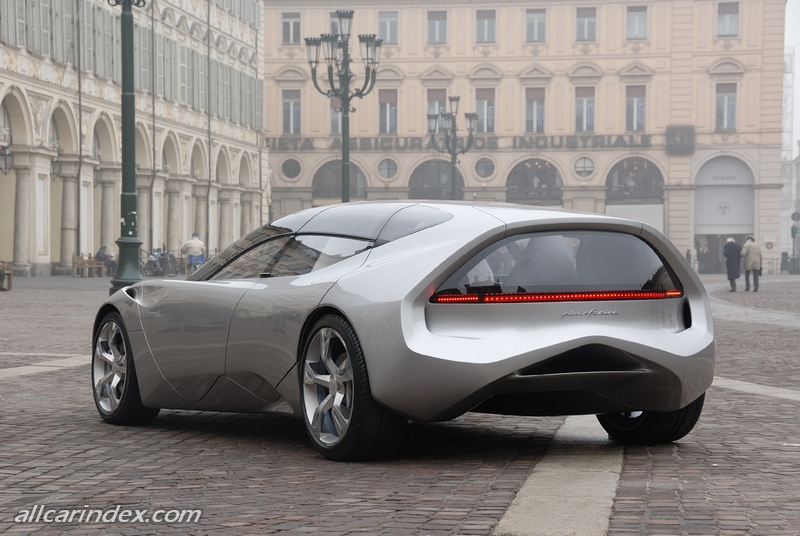 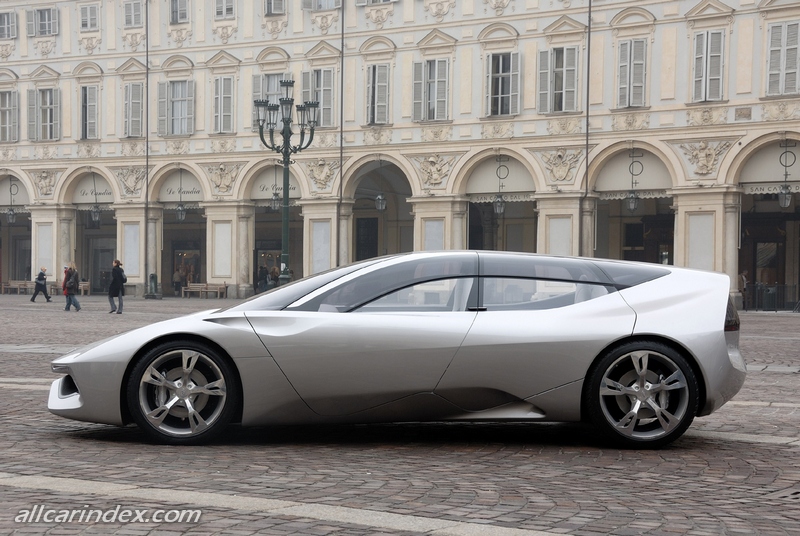 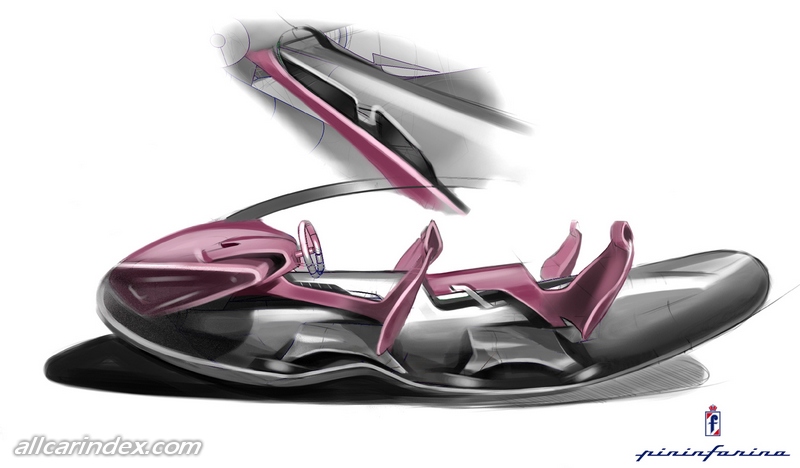 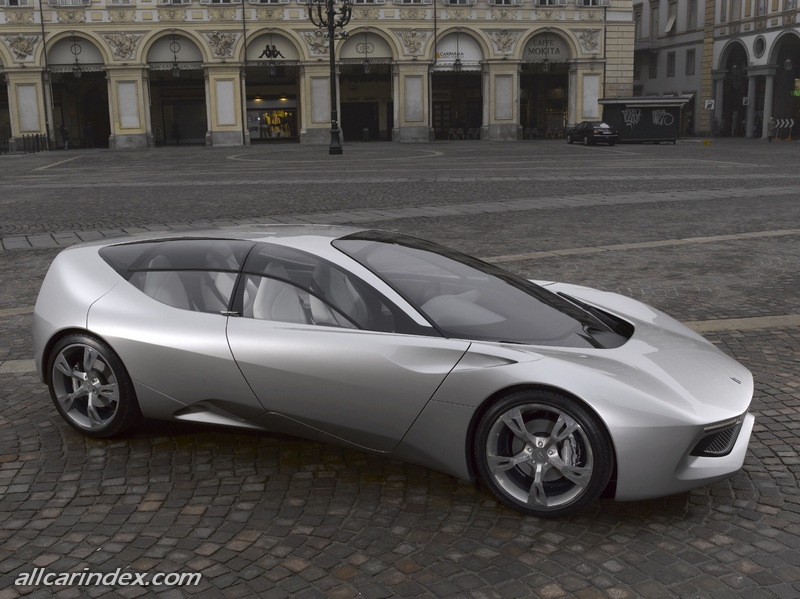 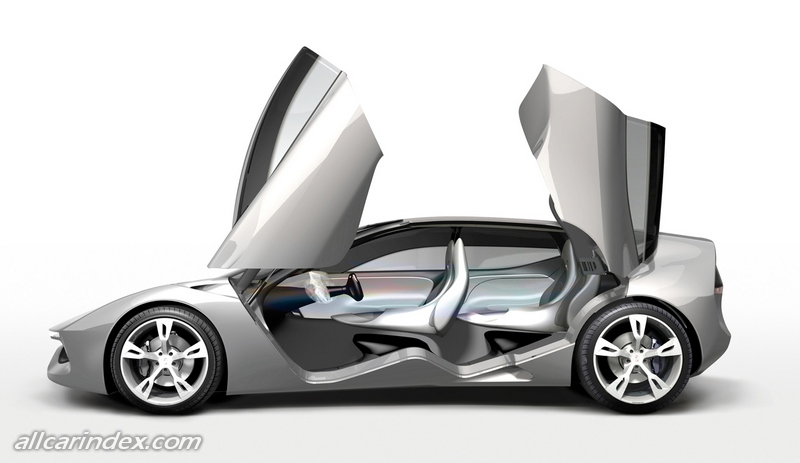 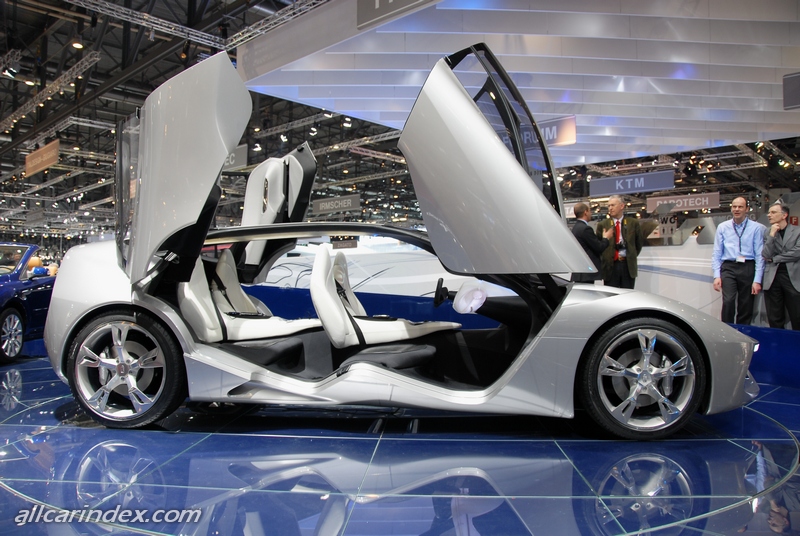 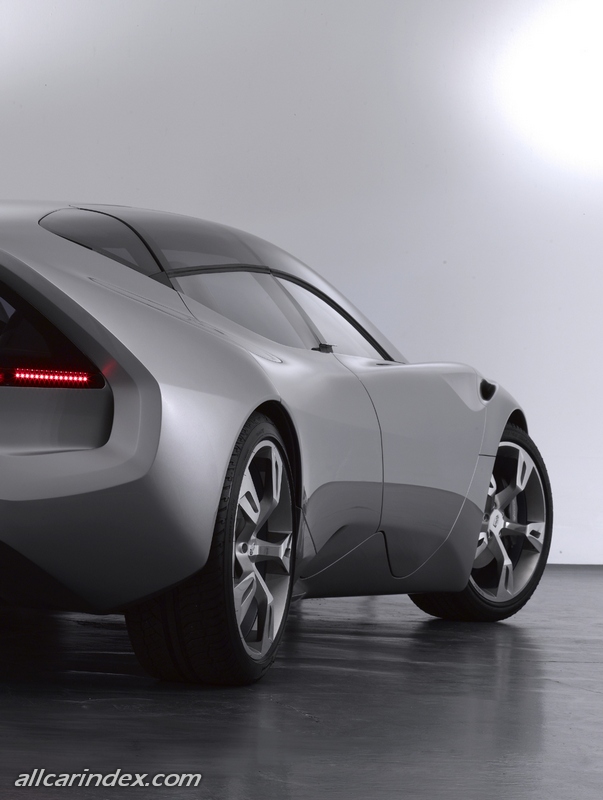 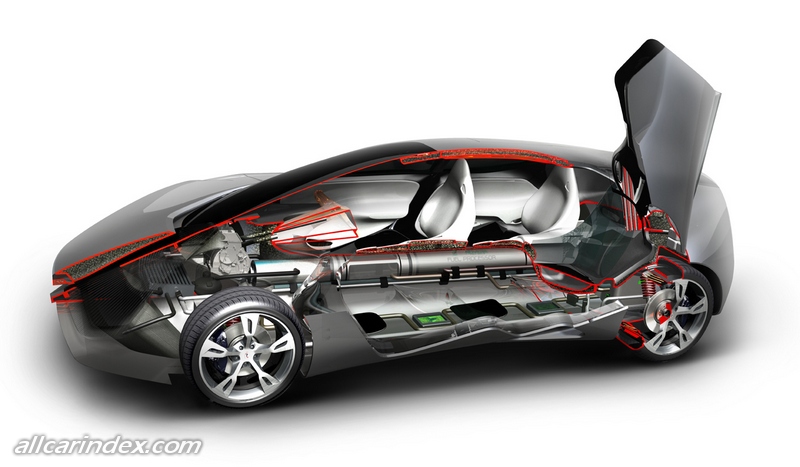 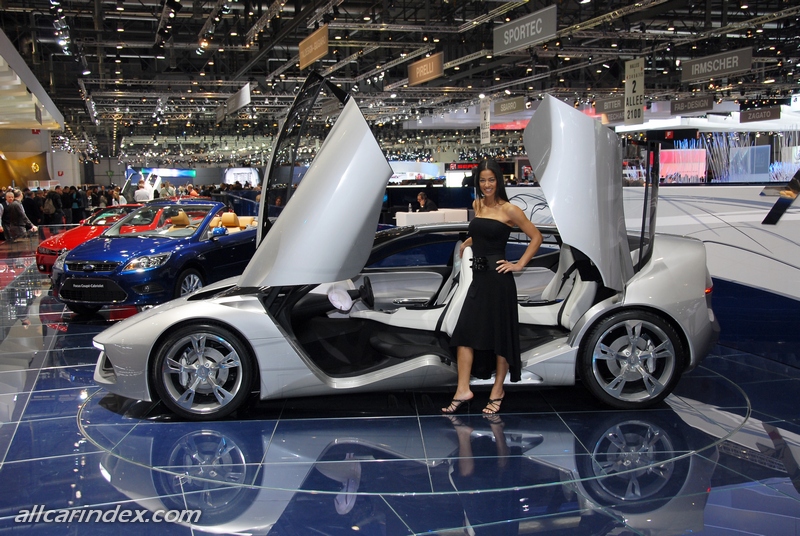 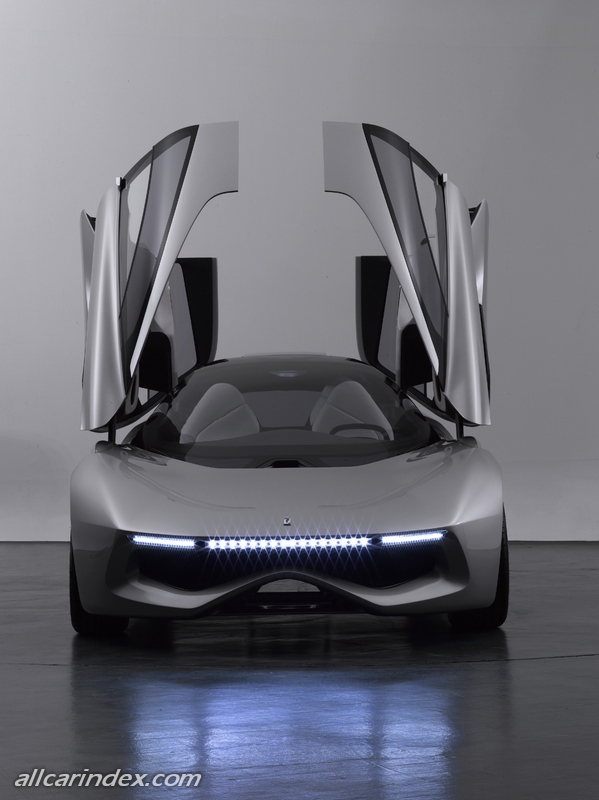 Pininfarina unveils the Sintesi, the new concept car that explores the car of the future

A number of cars have their world première on the stands of Pininfarina clients: the new Ford Focus Coupe-Cabriolet, the Alfa Spider Model Year 2008 and the Maserati Granturismo S.

Sergio Pininfarina inducted into the European Automotive Hall of Fame.

Turin, February 29, 2008 - Three years after the Birdcage 75th, Pininfarina returns with the Sintesi, a new concept car that explores ideas and solutions for the car of the future.

“The Sintesi is not only a testament to the creativeness of our design team,” declared Andrea Pininfarina, Chairman and CEO of the Group, “but it reiterates our historical ability to anticipate stylistic and technological solutions that we will see in the cars of the future.”

Before being unveiled at Geneva, the Sintesi has been the subject of a teaser campaign (www.sintesi.pininfarina.com) which has attracted a great deal of interest online among specialist journalists, scoring more than 250,000 hits on Google.

The Sintesi is a sports car with four doors and four seats, developed by a highly innovative approach: it does not consider the car as a shape that covers the mechanicals, but one that gives a shape to the mechanicals around the passengers, starting from the latter. This approach, which is known as “Liquid” Packaging, has overturned traditional volumetric balances, improving weight distribution and lowering the centre of gravity, which are important elements for driving dynamics.

This was made possible by close collaboration with Nuvera, which developed the Quadrivium Fuel Cells system, the various components of which were distributed around the car, with four fuel cells positioned near to the wheels. The result is that the space for passengers is much more generous – in proportion to the total volume of the car – without detracting from the sporty line with its relaxed, elegant profile which is sleek, tapered and aerodynamic (Cd = 0.27). The modular nature of the fuel cells, combined with the batteries and a sophisticated overall electronic architecture (developed with PI Shurlok), allows for modular use of the available power depending on driving conditions.

“Our source of inspiration,” said Lowie Vermeersch, Pininfarina Design Director, “was man’s freedom over technology, a car in which technology gives creative freedom back to the designer and allows us to explore new forms and future scenarios. But at the same time, we did not want everything to be limited to a flight of fancy, we wanted our approach to be very concrete. Which is why we combined and tested our ideas with the innovative technologies provided by our partners in this project.”

The Sintesi was imagined in a setting of Transparent Mobility which, thanks to Clancast®, the radio technology developed by Reicom after years of research, envisages that all cars act as nerve cells, creating a dynamic communications network managed by a disseminated intelligence. A real “living connective tissue” on which data and information about traffic and security, audio and video, Internet and cross-media content can travel. A concept of wireless connectivity that establishes a continuous, transparent dialogue between the town, the road and the vehicles that we will drive in the future, without limiting the motorist’s autonomy, but increasing his sense of freedom.

This futuristic scenario, based on concrete, existing technology, opens the door to advanced active safety solutions which in turn have made it possible to design the car with volumes that are not conditioned by today’s bulky passive safety systems.

The important role played by electronics in the Sintesi project is also evident in the design of the interior and the lights. Inside, the facia symbolises the flow of information in which the car moves. Created as a single semi-transparent piece by Materialise, using the additive technology of personalised manufacturing, its shape disseminates the information around the passenger compartment thanks to the intuitive use of colour and light.

The lights become focal points through which the car dialogues with its environment. In addition to the innovative LED system supplied by Osram, which made it possible to create a simple, strong shape that underlines the car’s central axis, the ‘headlights’ also incorporate the telecameras and the proximity radar system.

In Geneva other cars will make their debut on our clients’ stands.

The Ford stand hosts the debut of the new Ford Focus Coupé-Cabriolet, which is manufactured in the Pininfarina plant in Bairo, where the “job one” was celebrated on February 21. Like the other models of the Focus family, the new Coupé-Cabriolet, which will be launched this Spring, has a more gutsy, sporty look both inside and outside.

The Granturismo S has its world première on the Maserati stand, a sporty, high performance version of the Granturismo designed by Pininfarina, which won the “Best in Show” award at the 2007 Geneva Motor Show.

The Model Year 2008 of the Alfa Spider debuts on the Alfa Romeo stand. The model was developed jointly by Pininfarina and the Alfa Romeo Style Centre, and it includes significant improvements in the interior, guaranteeing an even higher level of comfort and well-being on board. The 2008 version of the Alfa Brera also makes its appearance; like the Spider, it is built in the Pininfarina plant in San Giorgio Canavese.

“This edition of the Geneva Motor Show – said Andrea Pininfarina - also represents a moment of joy and pride for the induction of my father, Sergio Pininfarina - our Honorary Chairman - into the European Automotive Hall of Fame, marking high points in the history of our company.”

Sintesi, the new Pininfarina concept-car, at the Geneva Motor Show

Turin, December 14, 2007. Pininfarina is proud to announce the unveiling of a new concept at the next Geneva Motor Show in March, 2008. This exciting new car will be named “Sintesi”.

“Sintesi” is the result of the Pininfarina Design Department, under the direction since last August by Lowie Vermeersch, the 33 year old Design Director with almost ten years experience at Pininfarina. Assisting him are Vice Directors Guglielmo Cartia and Fabrizio Valentini and chief designers Jason Castriota, Giovanni Piccardo, Goran Popovic and Giuseppe Randazzo.

“Three years ago we unveiled Birdcage 75th, our last prototype. Together with our new concept Sintesi we would like to anticipate new car design trends” says Andrea Pininfarina, Chairman and CEO Pininfarina S.p.A.

“This concept car is the synthesis of our values, of the love for our work and our passion for innovation, of beauty driven by functionality, of sportiness and elegance. However, Sintesi isn’t only the expression of Pininfarina design; it also embraces innovative technologies that allow us to explore new typologies of mobility, active safety and packaging solutions” states Lowie Vermeersch.

“In Sintesi, we put all our goodwill in looking at the future, first and foremost in resorting to the excellence of our design” underlines Andrea Pininfarina.

An on-line teaser campaign will accompany Sintesi from January to the Geneva Motor Show.

Type: one electric (fuel cell) motor for each wheel