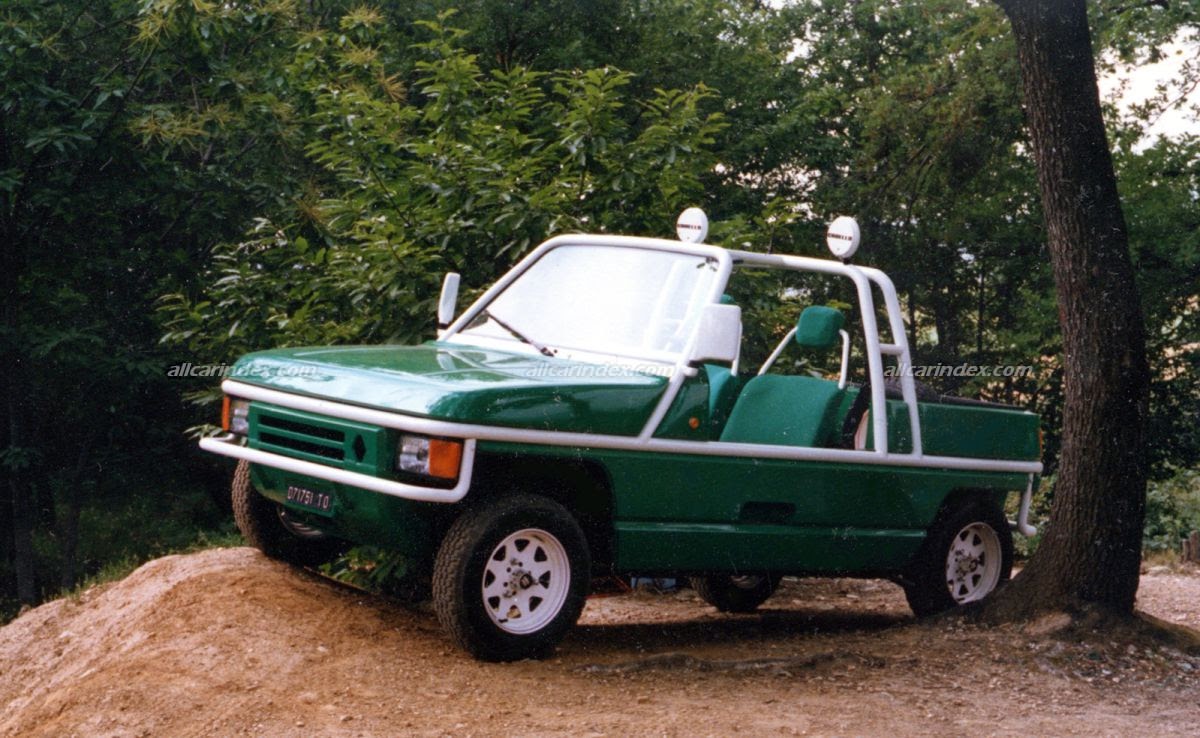 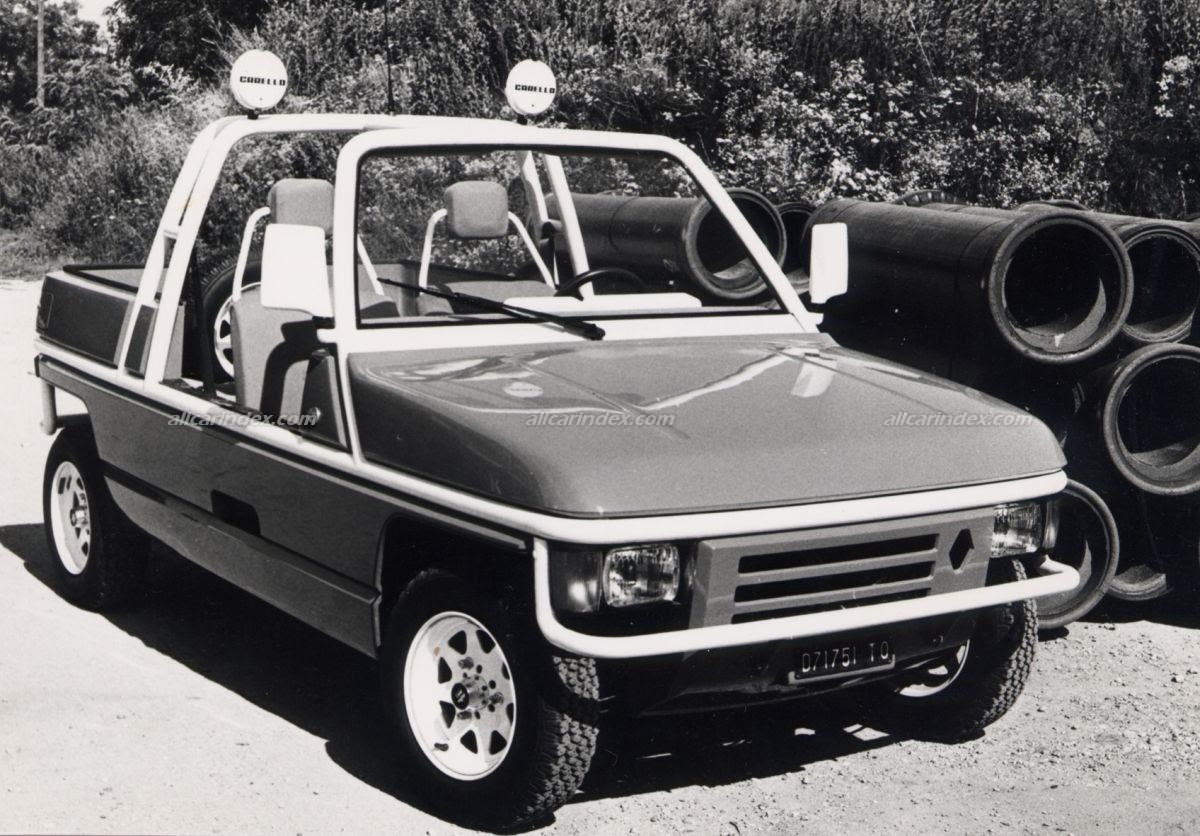 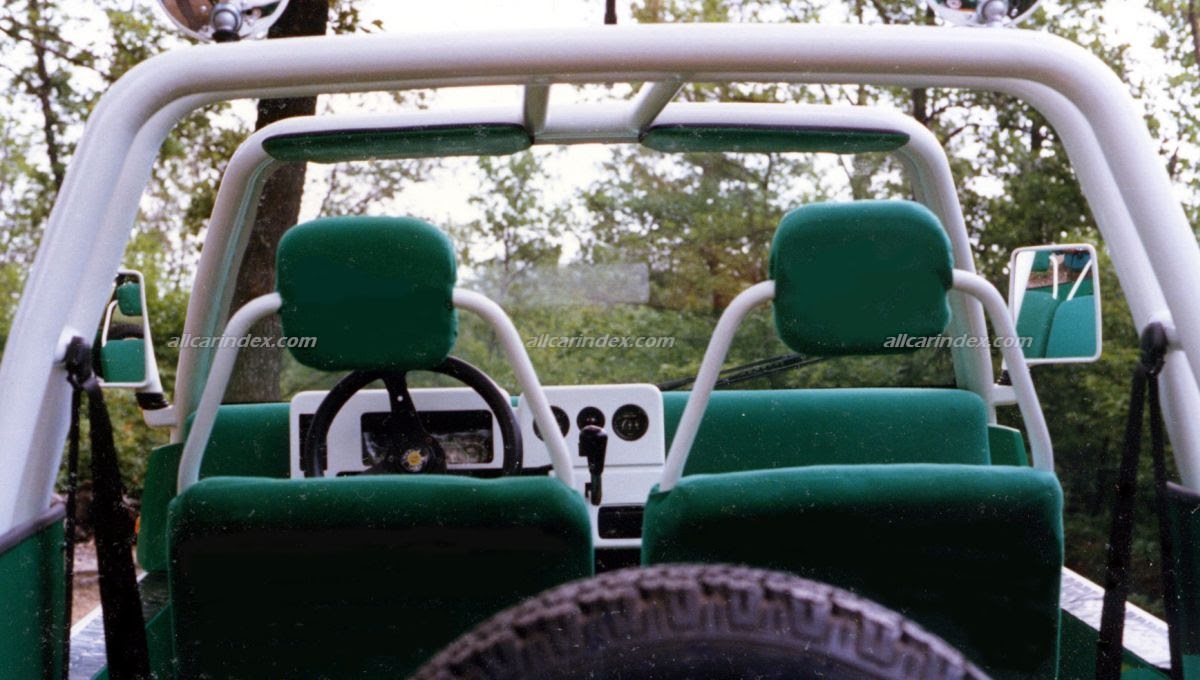 for the beach and free time, based on Renault R4 chassis and mechanics, for a youth market and for holiday clubs.

The economy is at the base of the choice of the frame and of the bodywork concept, in view of a limited production (price of the frame, economic mechanics for use, modular bodywork in fiberglass, light and resistant to corrosion.)

Furthermore, the type of torsion bar suspensions makes it easy to change the setting for use on shaken terrain.

The construction principle is as follows:

The frame forms the basis for a tubular structure (bolted to the frame like the original bodywork) that determines the perimeter and the passenger compartment of the car. The originality of the apparent structure reinforces the image of simplicity and robustness of design.

The fiberglass body panels, screwed to the structure, have only a covering and protection function, and allow a possible customization of the different elements as well as an easy repair.

The interior, under the sign of simplicity and functionality, is designed to house all kinds of objects used at sea, in the mountains and for leisure.

As for aesthetics, the aim was to give Renault 4 new proportions, more modern, keeping pace. It is enlarged by a few centimeters to obtain a rounder section, with greater habitability and protection. The length, reduced by shortening

The windshield is moved slightly forward for greater inclination, more safety and more space for the front passengers.

The windscreen base is lowered to improve visibility and allow the adoption of a single-row windscreen wiper. Its tubular contour connected with the double roll-bar forms a protective cage that gives the car an impression of compactness, robustness and space for the passenger compartment.

Currently, the prototype is a two-seater but it can be a four-seater with a folding bench.

The interior is not definitive. The dashboard, padded covering of the structure and heating ducts, is set back from the instrument block, to facilitate accessibility. The latter includes standard instruments and, in the central area, above the gear lever, additional instruments. The seats, standard but modified, harmonize with the tubular structure.

N.B. The interior could be completely revised in the case of a small production due to cost reasons, using for example all the standard dashboard appropriately adapted.

Due to bad weather, a canvas cover is provided.

The transformation of the transmission into four-wheel drive is envisaged for more demanding uses.