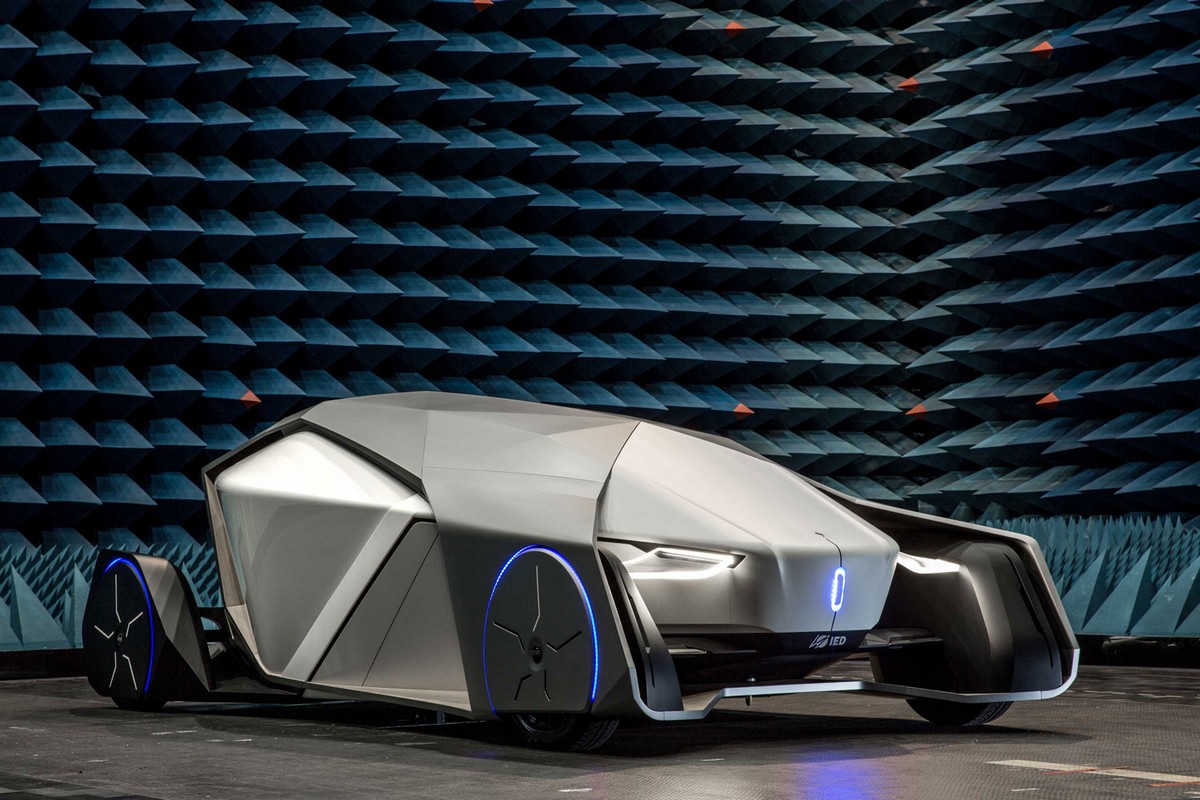 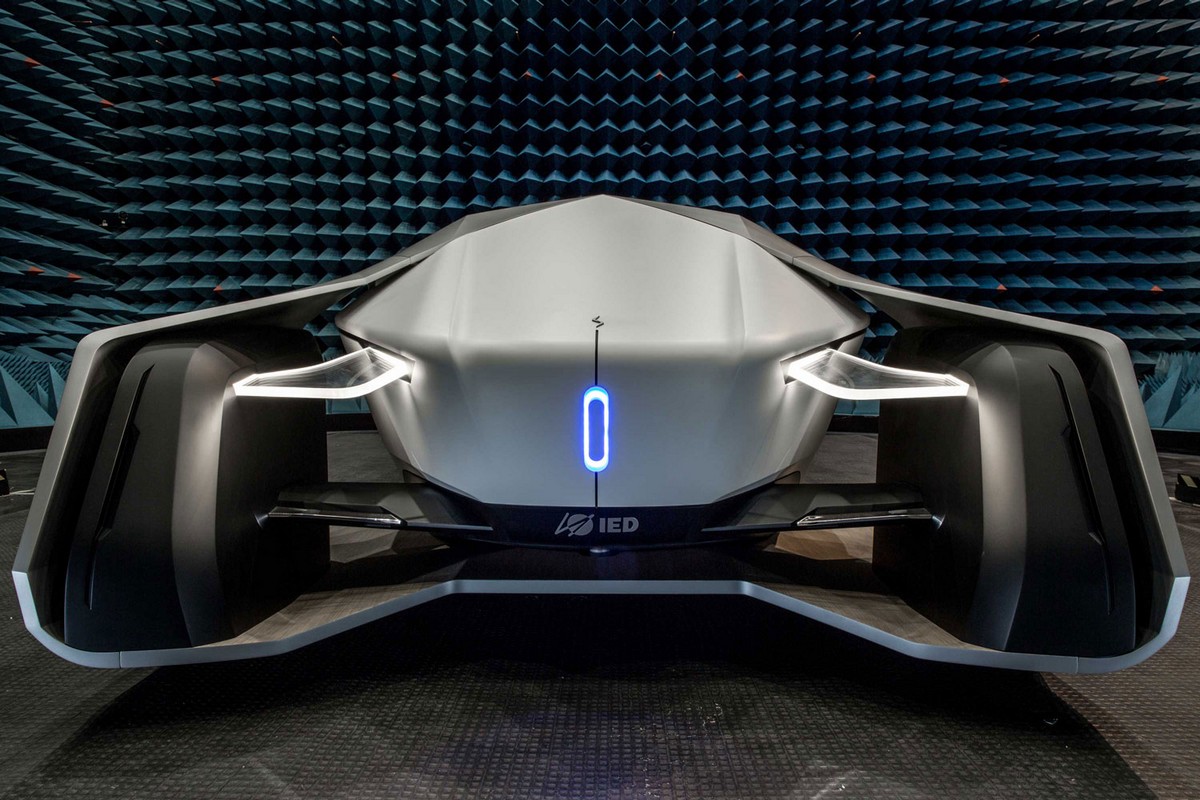 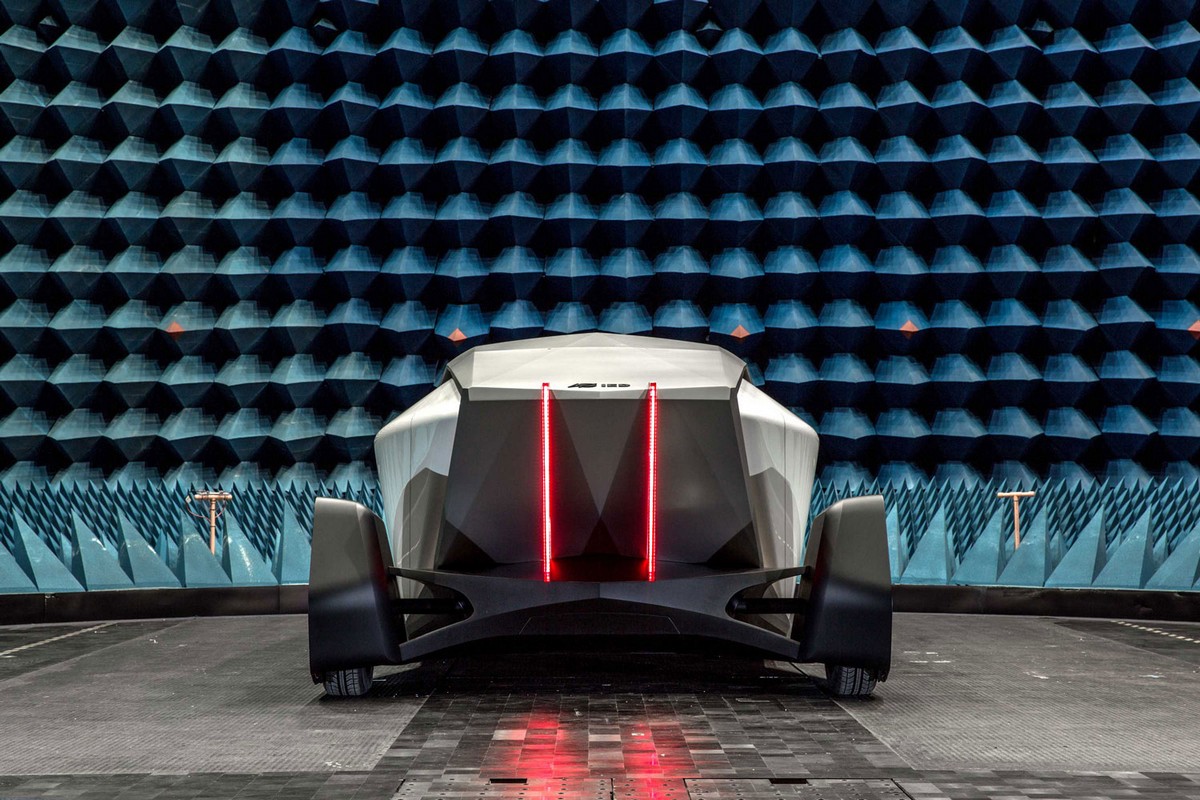 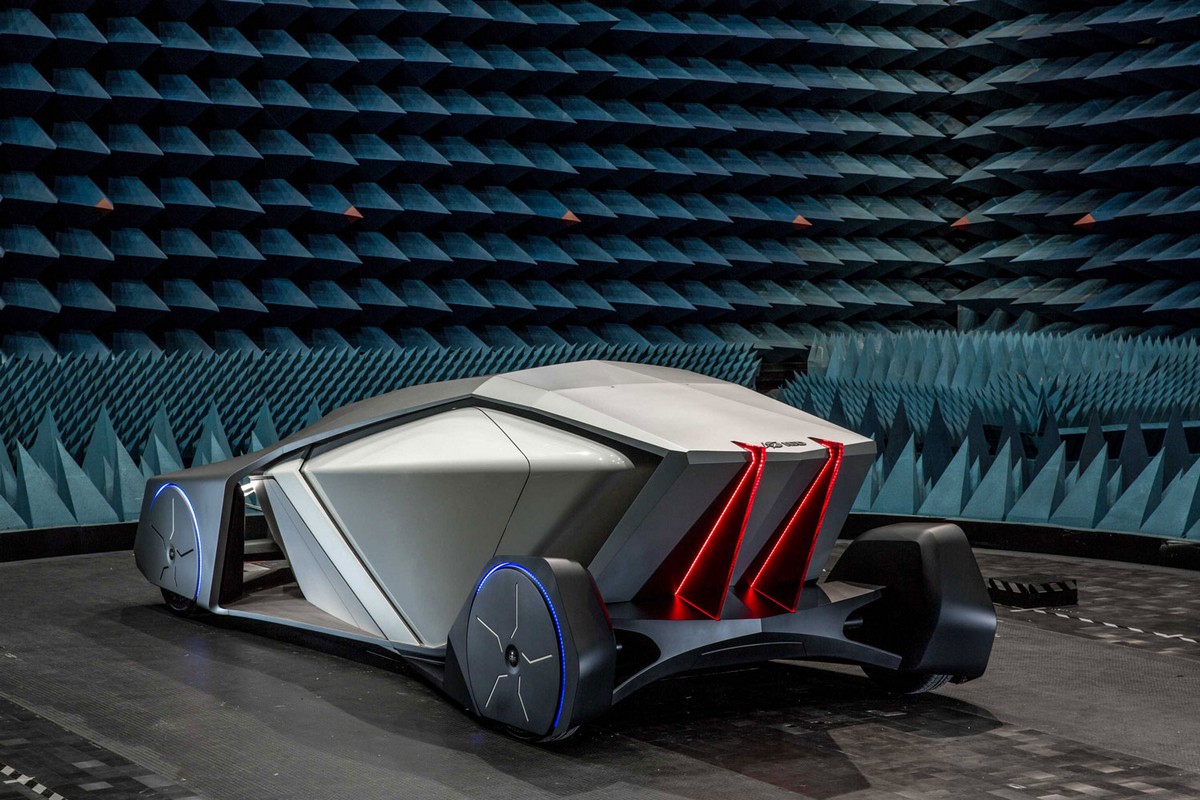 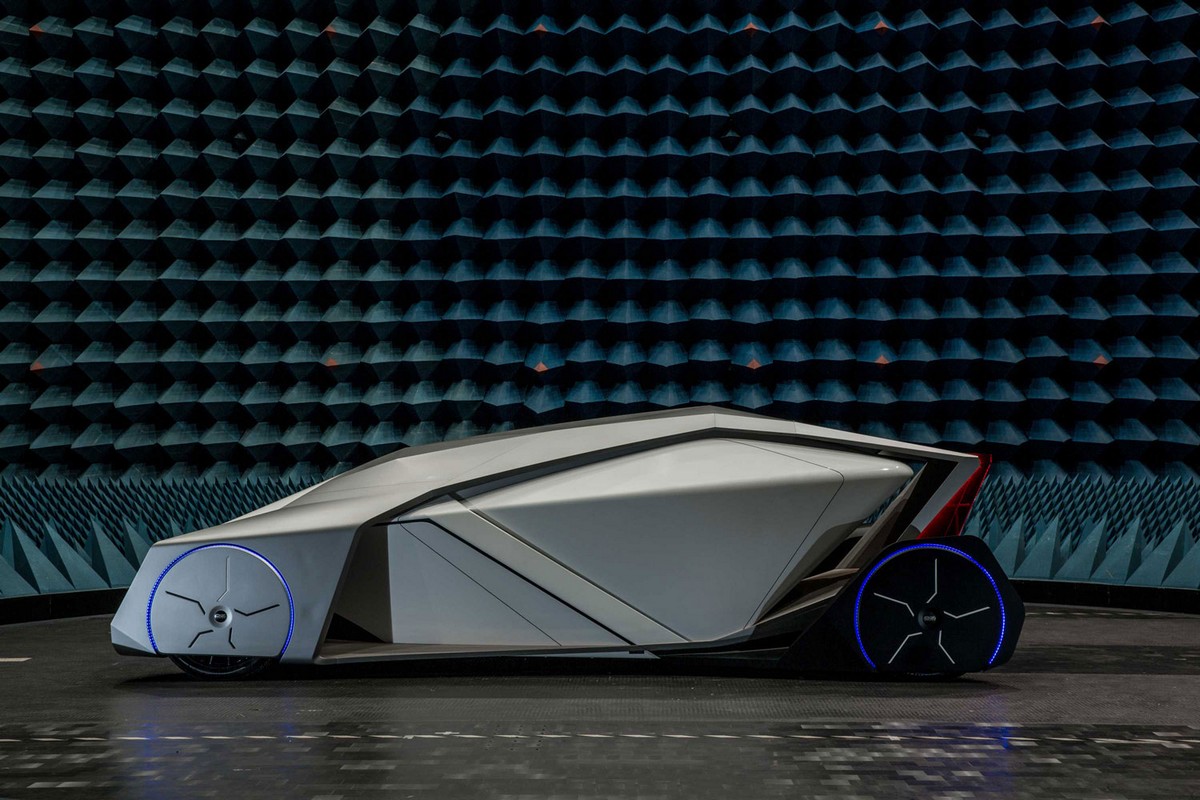 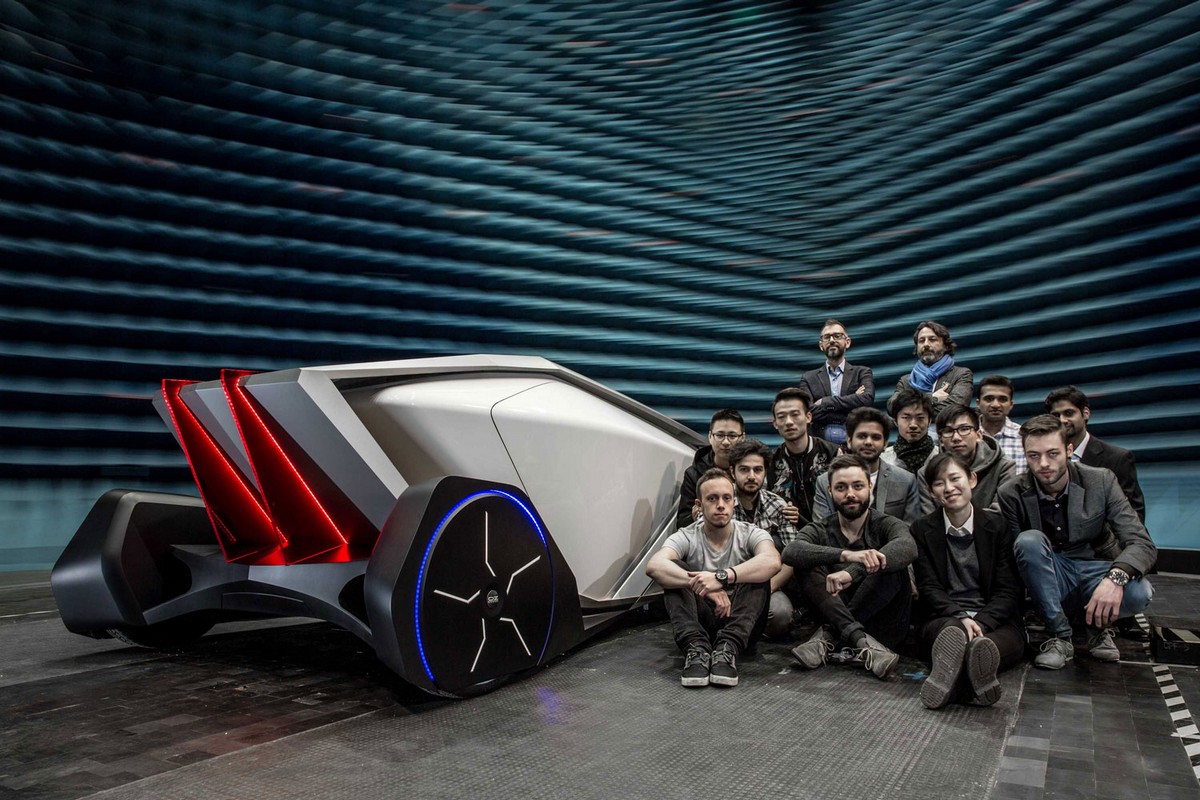 SHIWA: the car of tomorrow, today.

IED and Quattroruote in Geneva present the latest concept car by the Master in Transportation Design, a self-driving vehicle that focuses on the user experience

Shiwa this is the name of the new challenge leading to the future that the Turin Istituto Europeo di Design together with Quattroruote will present as a world preview at the 86th Geneva Motor Show. After the collaboration started in 2015, the two Italian top tier companies have partnered again on the occasion of their anniversaries: in 2016 they celebrate 50 years since the first IED creative graduate and 60 years from the first issue of the magazine that would become an international leader in the automotive world.

SHIWA (4,700mm long, 2,000mm wide, 1,500 high and with a 3,660mm wheelbase) is a noiseless zero emissions self-driving vehicle with four seats and four electric motors integrated in the drivetrain. Shiwa – a Japanese word meaning “fold” – indicates the form/action able to transform a surface without resistance into a self-supporting object, as in origami: the fold gives form and function to a surface which otherwise would lack them. This is the basic concept starting from which the Korean student Youngjin SHIM drafted her project, which was then developed by a team composed by her and eleven other Master students, including the Italian Luca MENICACCI and the Indian Jaykishan Vithalbhai LAKHANI. The external structure of the concept is inspired by the fold/origami idea.

The concept car highlights a new idea of an object strong through its form, redefining the idea of chassis and of external structure, which in this case encloses the cabin shaped like a suspended “diamond”. The exterior origami protecting the diamond-cabin is made of metal composite material with an aluminium finish and is connected to a frame. The Shiwa cabin interior surfaces are designed to project multimedia contents towards the passengers, outdoors or to create an augmented reality. The cabin is designed to bring people together, thanks to the seats configuration disrupting the traditional passenger-driver hierarchy and delineating different spaces and uses and reinterpreting the concept of conversation and interaction inside the vehicle. Shiwa envelops the passengers both physically, in their sensory dimension and in all the relational aspects among themselves and with the outside world.

The drive system is AWD (All-Wheel-Drive) and uses 4 brushless motors mounted directly on the wheels, a totally electric power unit allowing the car to move with no emissions whatsoever. Shiwa is an IICV – Individual Identity Companion Vehicle: it learns the identity, interests and habits of its occupants, it recognizes their features and adapts its behaviour to circumstances and to passengers. Among its features there is a fingerprint keyless entry system: this way keys are no longer needed because the car recognizes its owner. Shiwa also features full-LED headlights and a front OLED display in.

"The automotive world is on the verge of a paradigm shift that will revolutionise processes and archetypes – says Gian Luca Pellegrini, director of Quattroruote. Shiwa wants to be a starting point on the road towards a future in which the role of manufacturers and motorists will undergo an ultimate transformation: a world where the self-driving vehicles will introduce a new way of intending private transport as well as a different interpretation of design”.

“Shiwa is a self-driving vehicle but talking about it today means facing obstacles that are more psychological and organizational than technological – declares Riccardo Balbo, Director of IED Turin. With Shiwa, IED and Quattroruote raise their eyes towards the horizon on a temporal space of the city spanning over the next 15 years. Shiwa proposes scenarios and solutions that automotive brands are starting to face today in order to address the industrial market of urban mobility towards 2030, in a world very different and certainly not predictable today, but where the comparison between mobility, habitat and society will require more radical answers. The concept car subverts the established approach of the automotive world: it is designed starting from the user experience and from the inside, imagining a micro-habitat for the individual. A space where the experience, time, information and quality of life become central and prevail over the exterior design, becoming direct expression of the internal design”.

The project is the result of a creative process involving students in a process replicating that of a contemporary automotive design centre. All Master’s students submitted an individual proposal; the projects better able to answer the initial brief for the interior or exterior area were selected and combined for designing the final version. The class then created a core work team which completed the final full-scale concept design. The show car was realized by Cecomp, for over 30 years the European leader in the production of models and prototypes, which has always cooperated with the Institute in the prototyping process. The SHIWA project was also supported by consolidated technical partners among which: Newcast Services, Model Resine, OZ Racing, which in 2016 celebrates its 45th anniversary, and Pirelli, always committed to seize the technological challenges of the automotive world.

Shiwa was realized under the coordination of Alessandro Cipolli, Master in Transportation Design Coordinator and Davide Tealdi, IED teacher.

The project was carried out under the supervision of Fulvio Fantolino, Coordination of Transportation Design.