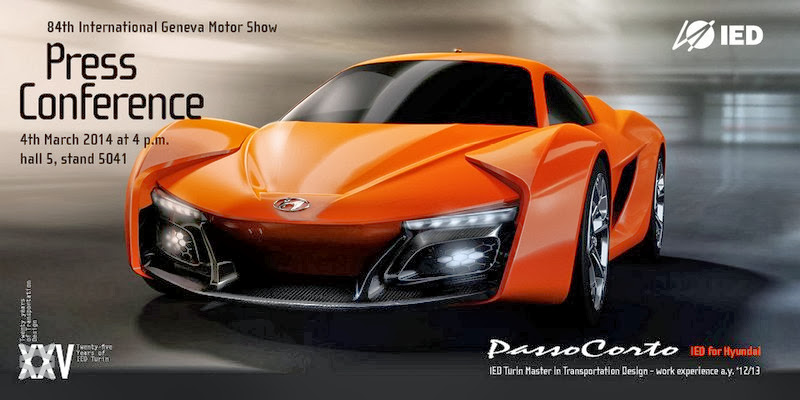 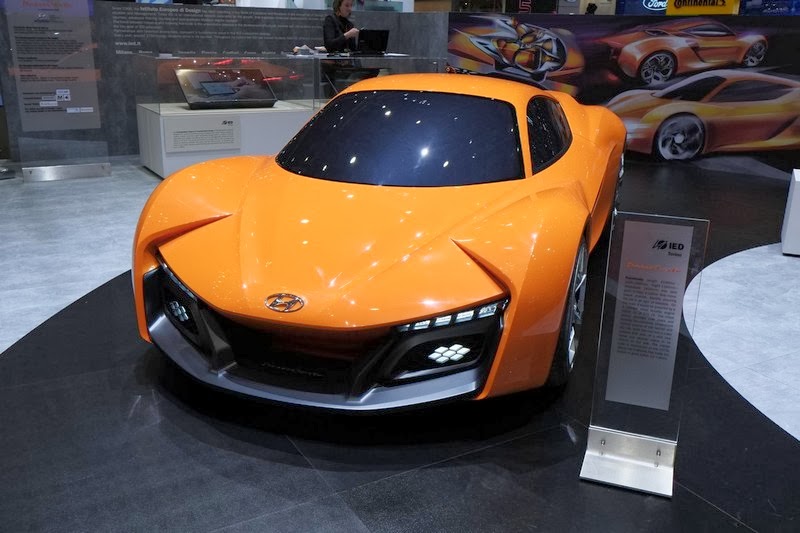 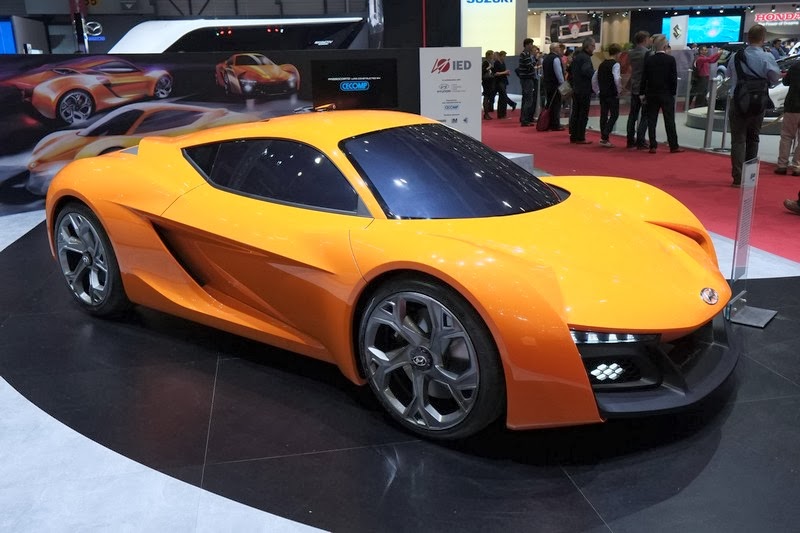 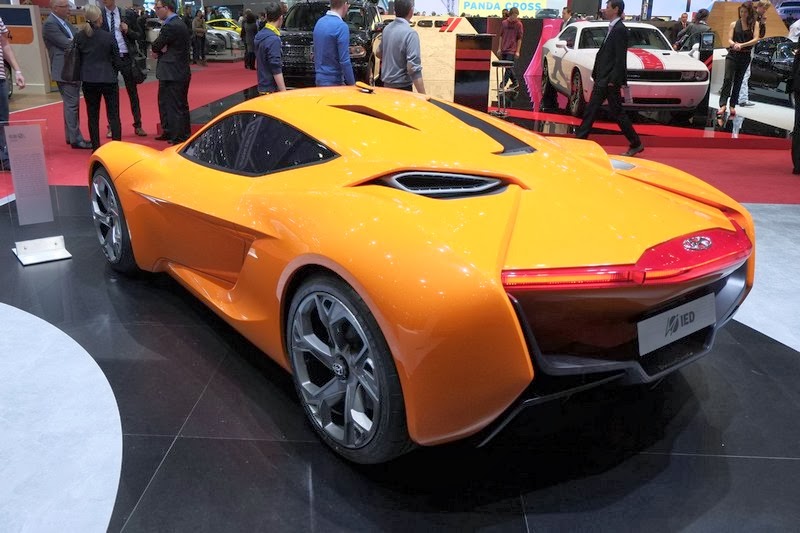 The concept car realized by the Master in Transportation Design in collaboration with the Hyundai Design Center Europe will be revealed in world preview.

PassoCorto, the tenth full scale model created by Istituto Europeo di Design of Turin, is a sports car, extremely compact in size. Designed by the Master in Transportation Design – work experience IED Turin – a.y. 2012/13 in collaboration with Hyundai, it will be revealed in world preview at the 84th International Geneva Motor Show (press conference: 4th March 2014 at 4 p.m. – hall 5, stand 5041).

The Korean car manufacturer gave to the Institute a design brief with its target potential customers being young people, who are always connected, those of 2.0, known as generation Y. This very target market also includes the students on the Master’s asked by Hyundai to draw and design the car that would be top of their list for buying and driving.

It is time of PassoCorto, created in a year – 2014 – that, in addition to the tenth full scale model, will also see the Institute celebrate 20 years of the Transportation Design course and 25 years of activity in the region.

PassoCorto is the work of sixteen students on the Master’s course coordinated by Luca Borgogno, Lead Designer Pininfarina. The concept is the result of a process marked by various assessment stages, simulating a real working situation. All the students submitted their own proposal; the two that were best able to respond to the initial brief were selected and “merged” together into the final version which combines approximately 70% of one proposal and 30% of the other. The entire class in fact created a core working team in order to create a well-integrated model of the two final versions in line with the concepts expressed by the scale models, completing as a group the full scale concept.

The Istituto Europeo di Design would like to thank Hyundai Design Center Europe for the fruitful collaboration that is taken forward so passionately.

The Istituto Europeo di Design’s stand was created thanks to the collaboration of: Abet Laminati and Interfiere