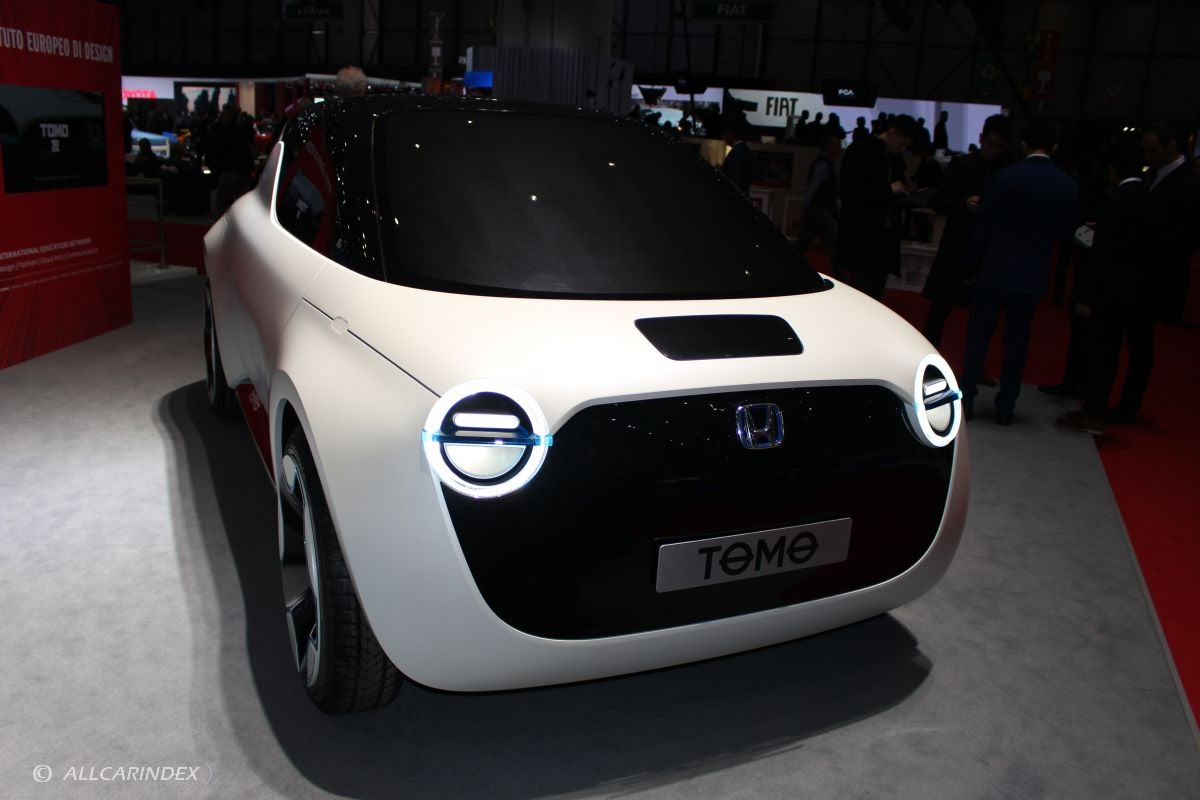 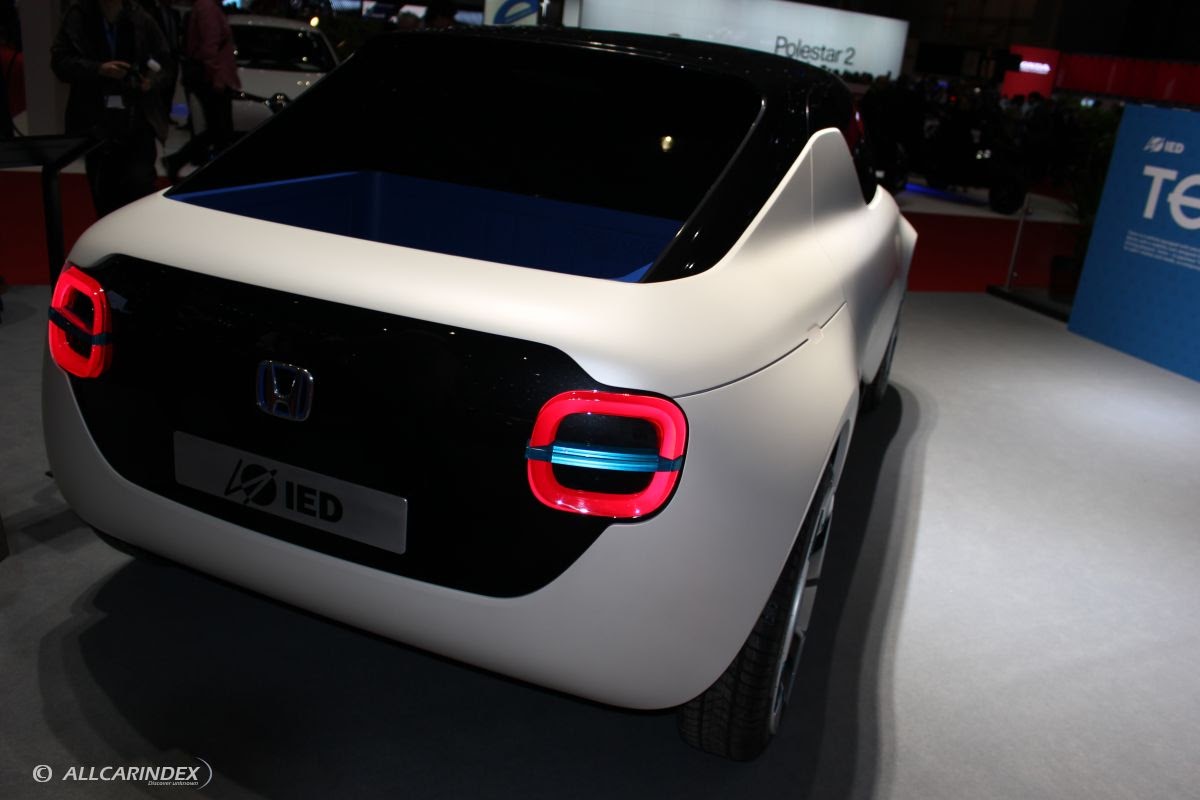 TOMO, the friendly mobility tool for 2025

Geneva, 5 March 2019 – Another world premier for Istituto Europeo di Design which returns to the Geneva International Motor Show to present Tomo, the electric concept car created in partnership with Honda Design. Tomo is the thesis project produced by the 13 students of the two-year Master in Transportation Design at IED Torino, a venue of the network that has attracted young people from all over the world and educates them to become the designers of the future.

Just like in an automotive design centre, the Japanese company asked students to work on a brief, Honda next "fun" driving, with the aim of designing what they think should be the ideal means of transport for young people in the next six years. Months of planning and extensive research on key values like friendship, fun driving and respect for the environment led to the creation of Tomo, an electric concept car halfway between a smart device and a mobility tool that combines the needs of free time leisure outside the city with the demands of working in an urban setting. A vehicle of this type, designed to be a faithful companion of its user and able to adapt to his or her wishes and needs could only be called Tomo – friend in Japanese – to underline the image of a vehicle that contains everything that the user needs in everyday life, inside and outside of the city.

TOMO’s design (length 3997 mm - width 1893 mm - height 1556 mm - wheelbase 2690 mm) is the result of a research oriented towards the product, its functionality and its youthful appearance. In Tomo the traditional barriers between the exterior and interior of a vehicle exist physically but are conceptually eliminated: the coupé volume and the functions of a mini pickup are in fact “masked” by an external appearance that is both fashionable and youthfully urban. The interior is therefore designed to offer experiences in line with the easy, friendly setting of the screens, steering wheel and head-up display on the windscreen. The exterior, on the other hand, is shaped around these functions, becoming almost an empathetic, identifying a wearable device that adapts to the urban or suburban setting. Tomo was designed for a new market segment where age doesn't count. It aims to attract the interest of new generations who increasingly have a non-traditional occupation, who want to experience their car in a fun and useful way. These are people for whom the environment, ecology and sustainability are fundamental values to build their futures on.

«At Honda Design we are always working to create a design that reflects the philosophy of our brand, offering users our experience with fun and freedom of mobility – says Taku Kono, General Manager Styling Design Division Honda R&D. Starting with the active participation of young designers, through partnerships and internships in Europe and in conjunction with the presentation of the evolution of the Honda Urban EV concept in Geneva, we asked the young IED designers to propose a variation on this theme. It was an exciting, constructive journey both for us and the students thanks to the fusion of the Honda Design philosophy and the creative energy and commitment of the young IED designers».

«With 15 full-scale models presented over the years at the Geneva Motor Show by the Istituto Europeo di Design, visitors have come to expect provocative designs from the school, the only international network of higher education participating in the trade show – says Paola Zini, Director of IED Torino. Giving our students the opportunity to work with Honda, one of the world’s top car manufacturers, and then to present the skills, professionalism and values they have acquired during their studies on a global stage is a source of great pride for IED».

The Master in Transportation Design of IED Torino is coordinated by Alessandro Cipolli with the collaboration of Davide Tealdi, IED lecturer, and under the supervision of Luca Borgogno, Design Director Automobili Pininfarina, IED Transportation Coordinator.

Tomo was built by EDAG Italia

Istituto Europeo di Design thanks Honda for the fruitful partnership conducted with passion, enthusiasm and a constant presence.

The main idea behind Tomo was inspired by a manga story created by the Master students in Transportation Design a.y. 2017/18.

It’s 2025. Coner, a talented design student at IED, is working hard on an ambitious secret project. Coner is a sharp young man, very determined, outgoing and a dreamer, often lost in study for many hours of the night. He has no time for girls but he has lots of different interests like music and sports. Very sensitive to environmental issues, he divides his time among the city, the studio and the countryside where he has a small vegetable garden where he grows fruit and vegetables, the perfect urban farmer. The story tells of his daily life: a student in a big metropolis working hard on the development of a project that should meet the needs of his double life, urban and rural. To succeed in his ambitious mission he builds Tomo, an “extension” of himself, a sort of Deus ex Machina that will help him. So Coner finds his way and draws a car in line with his needs, discovering that a car can be a “friend” (hence the name of the model: Tomo, friend in Japanese) and can perform multiple functions. Tomo is a city car, but it is also designed to transport vegetables, so Coner can continue living his life as an urban farmer, in harmony with the values of ecology and respect for the environment that are part of his DNA. The story of Coner’s life describes the development of his project, which transforms an idea into reality: Tomo, which Coner presents at a world premier at the Geneva Motor Show.