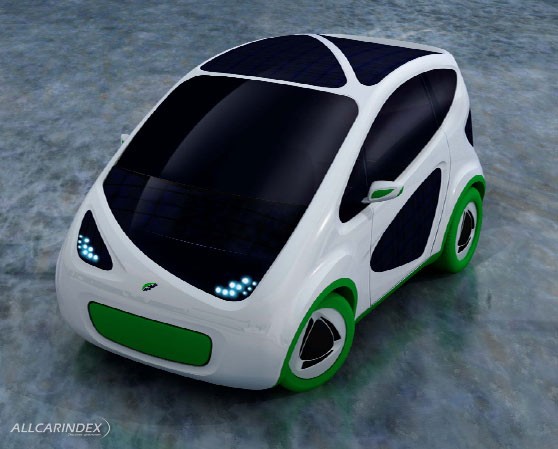 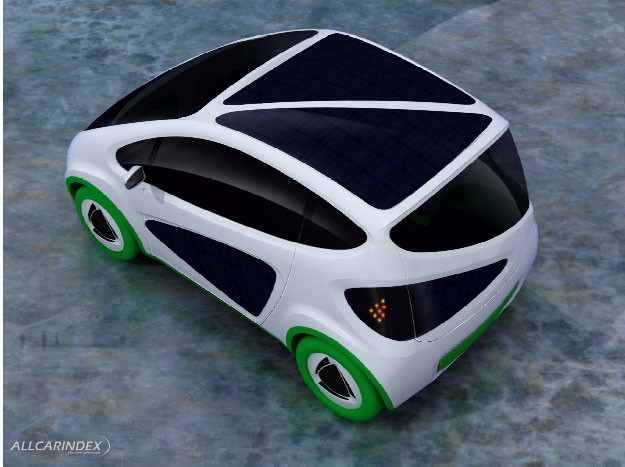 The goal of the 'Phylla' project was to create an environment friendly urban car capable of achieving a cost per km value 10 times lower than a conventional gasoline-powered production model.

Such a car would be a optimal solution both for personal urban mobility and for car/van sharing systems in cities or limited environments like airports, stations, etc. The vehicle structure is a so-called split-frame (passenger cabin separated from the frame), which enables to use different body styles on the same platform. The name Phylla means 'leaf' in ancient Greek and communicates its ability of converting solar light into energy.

Phylla is fully recyclable, uses solar energy thanks to its photovoltaic cells and adopts solutions that minimize the energy consumption (active aerodynamics and ultra efficient tires). The vehicle was conceived for the electric traction so its layout design was not influnced by the presence of a conventional combustion engine and related components.

The exterior design is the result of the efforts of Turin-based design schools IED (Istituto Europeo di Design) and IAAD (Istituto di Arte Applicata e Design) and the Advanced Design department at CRF (Centro Ricerche Fiat). Both IED and IAAD presented two 1:4 scale models selected among the project of their Master students.

The Advanced Design department at CRF has taken the most significant design elements of these projects and used them to create the final 1:1 scale model. Other design teams have worked on the technical and technological aspects of the project. The design goal was to research a modern styling language, combined with the ample freedom allowed by the innovative technical layout.

The cabin volume is defined by an asymmetrical layout of pillars which countour the triangular glass surfaces that can be replaced by solar panels. The final effect is that of a modern veranda architecture. Inside, the only "mechanical" element is the steering column.

The asymmetrical layout also helps in offering a better visibility to the driver, especially when parking - and contributes to create a new visual perception of the car, which changes depending on the observer's point of view. Phylla has a modular architecture which will allow for easy experimentation of different energy sources (supercaps and Fuel Cells) to be used in conjunction with the batteries.