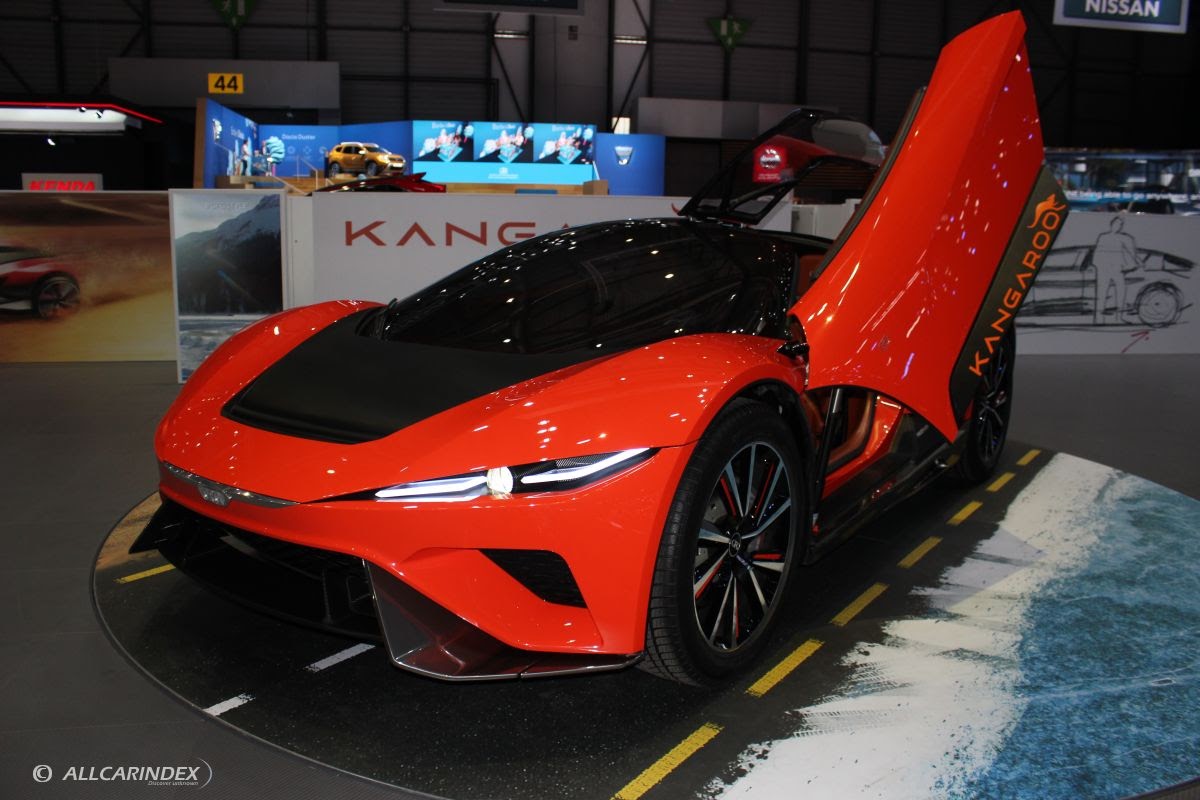 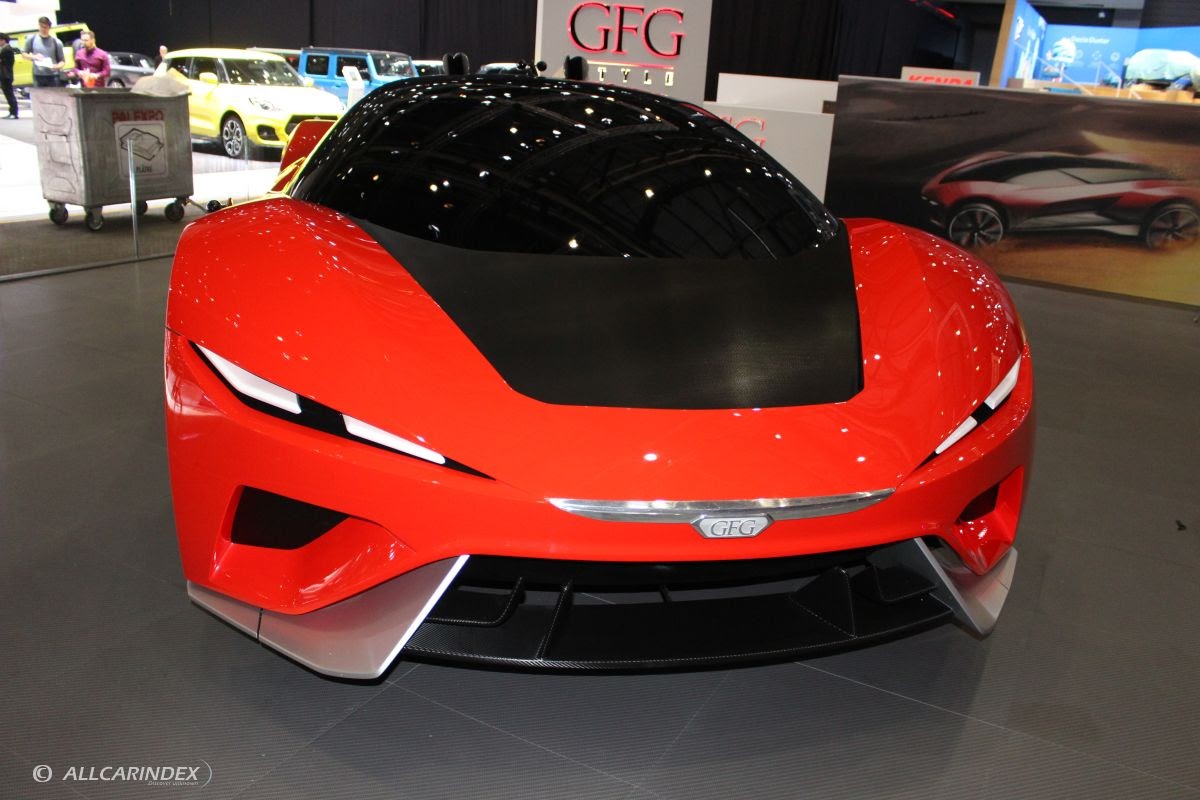 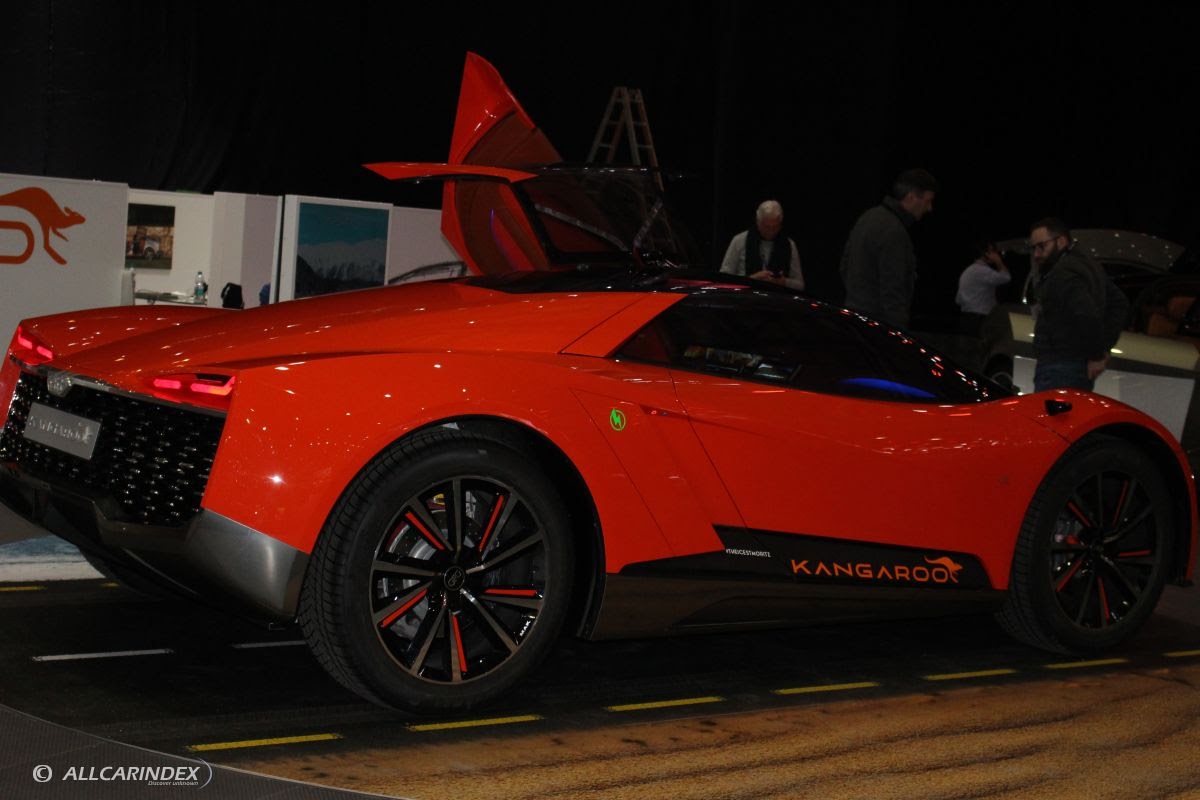 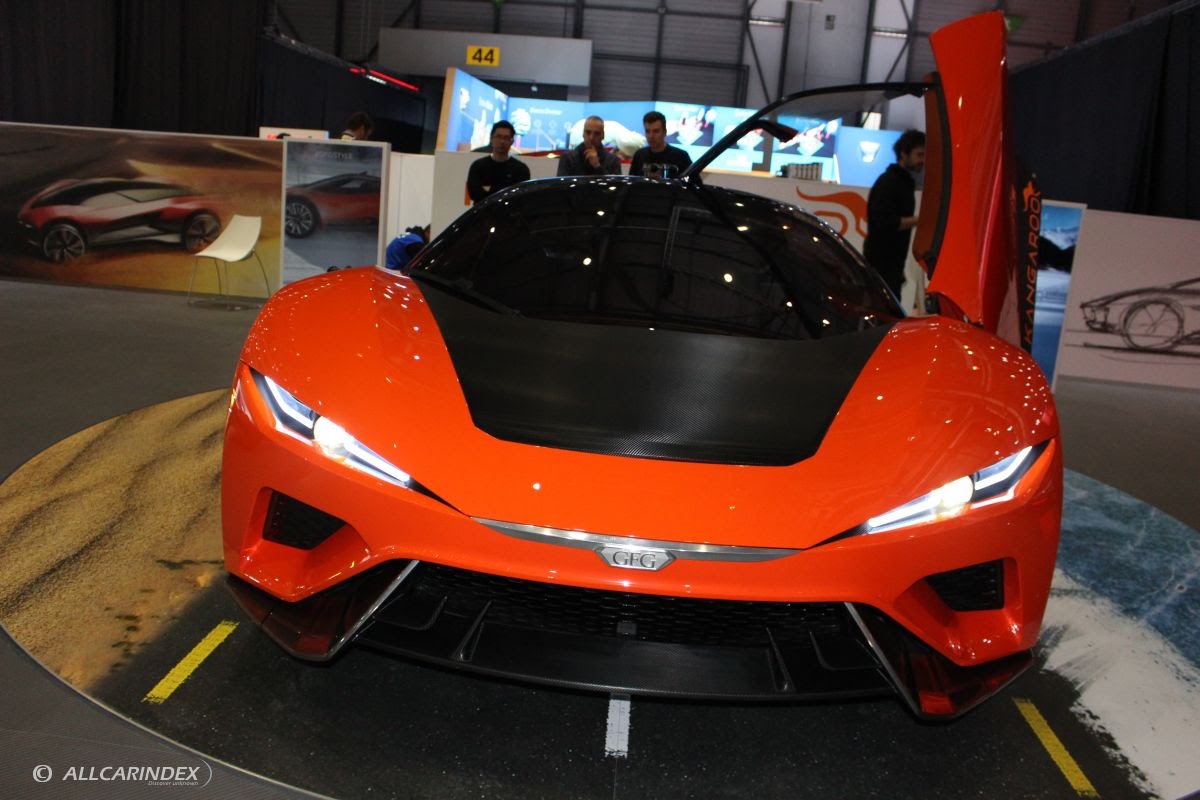 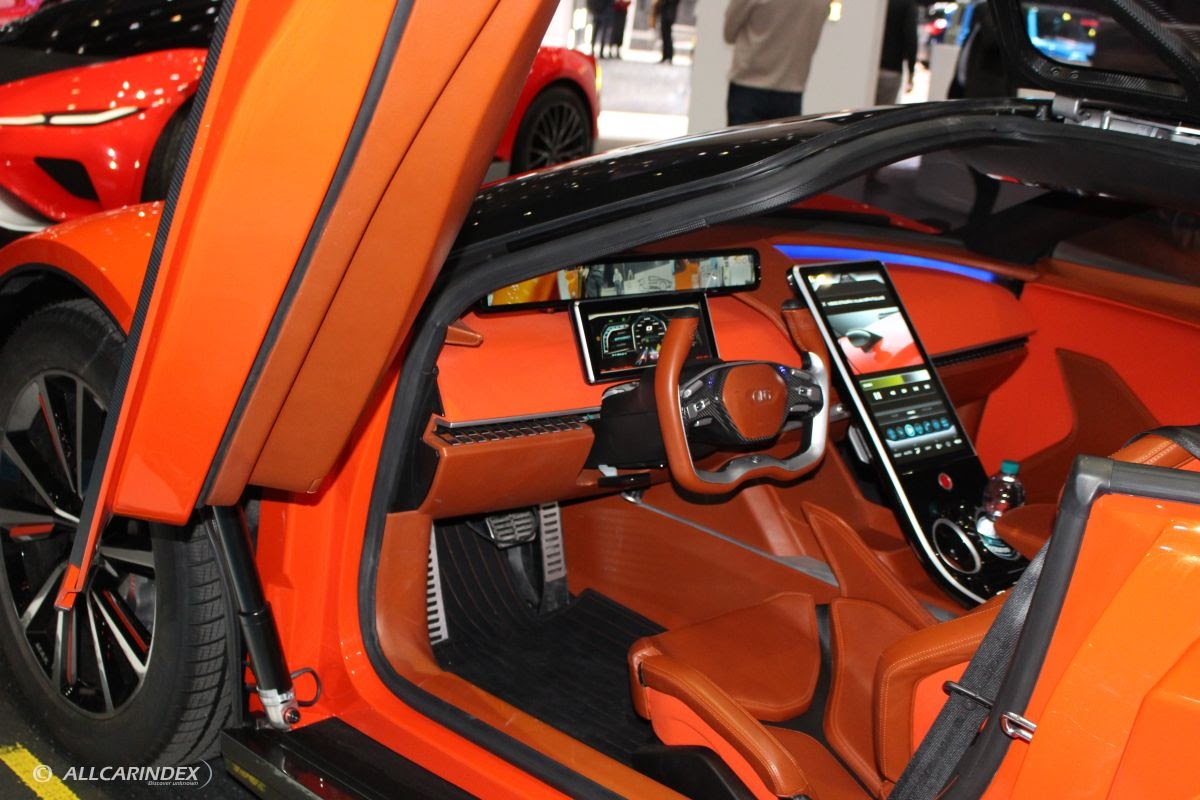 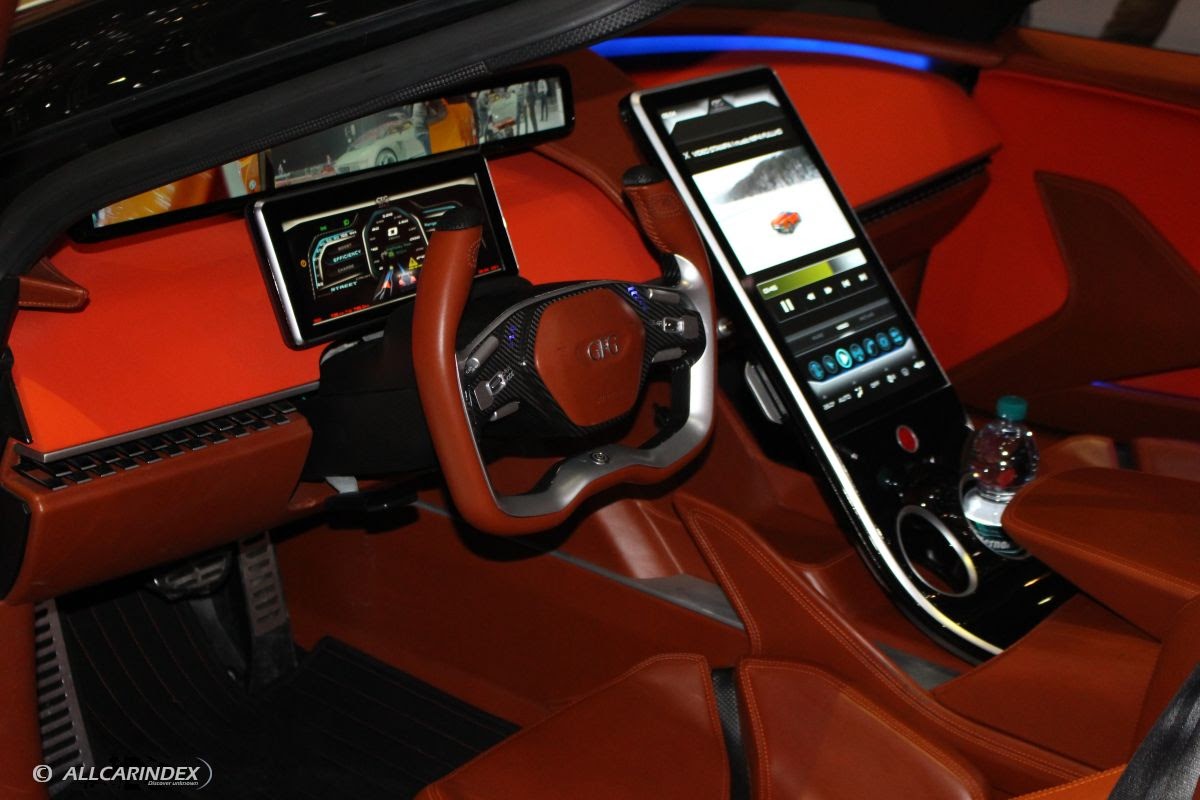 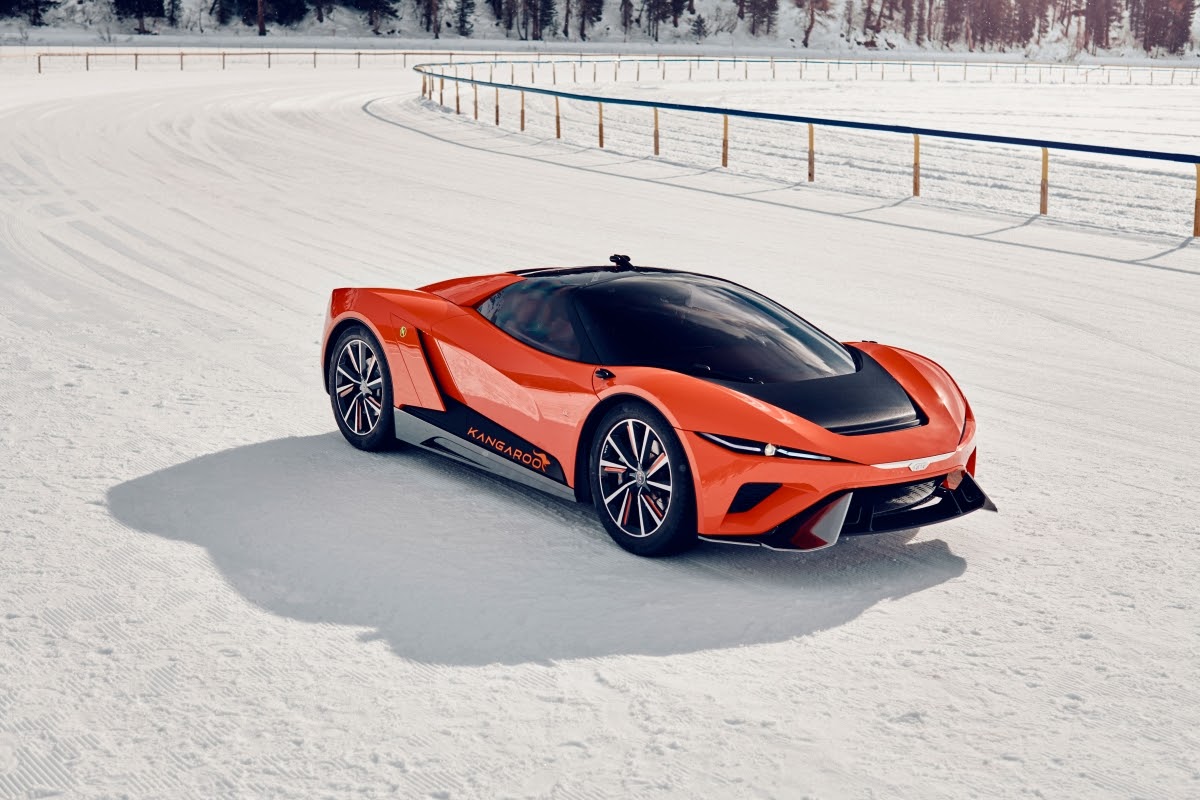 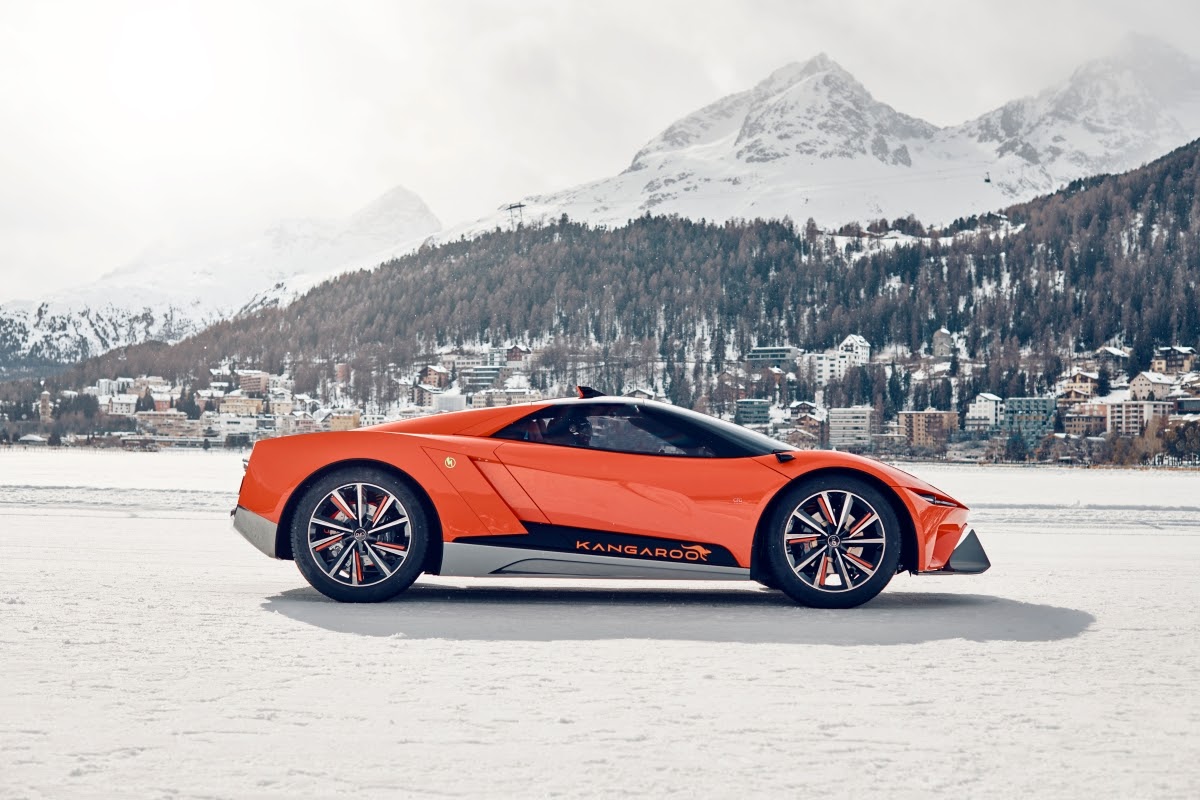 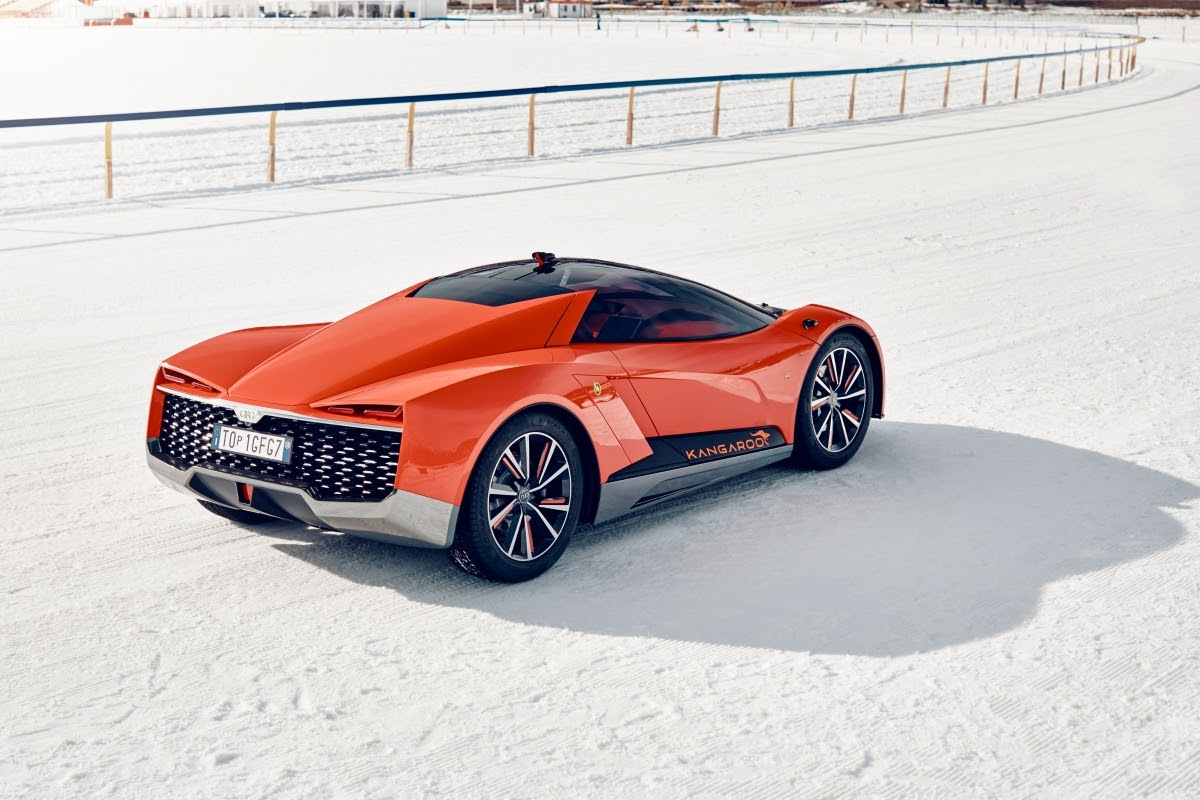 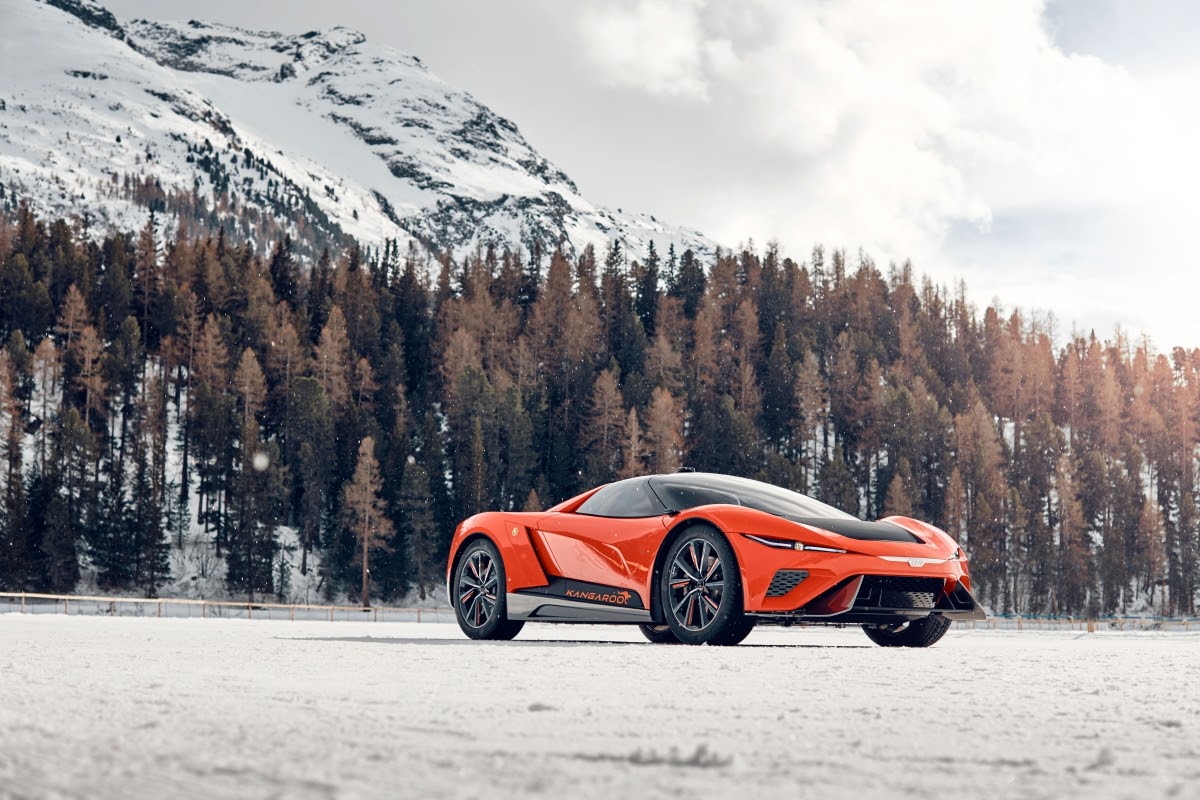 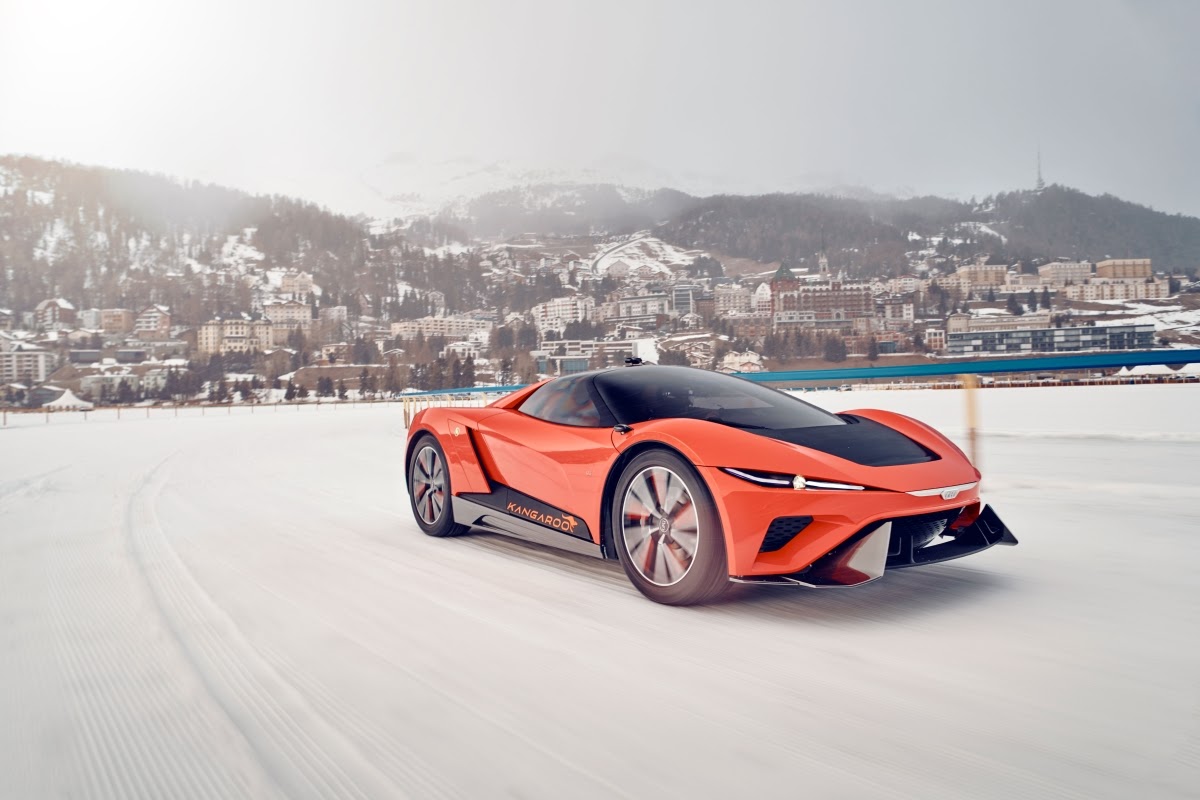 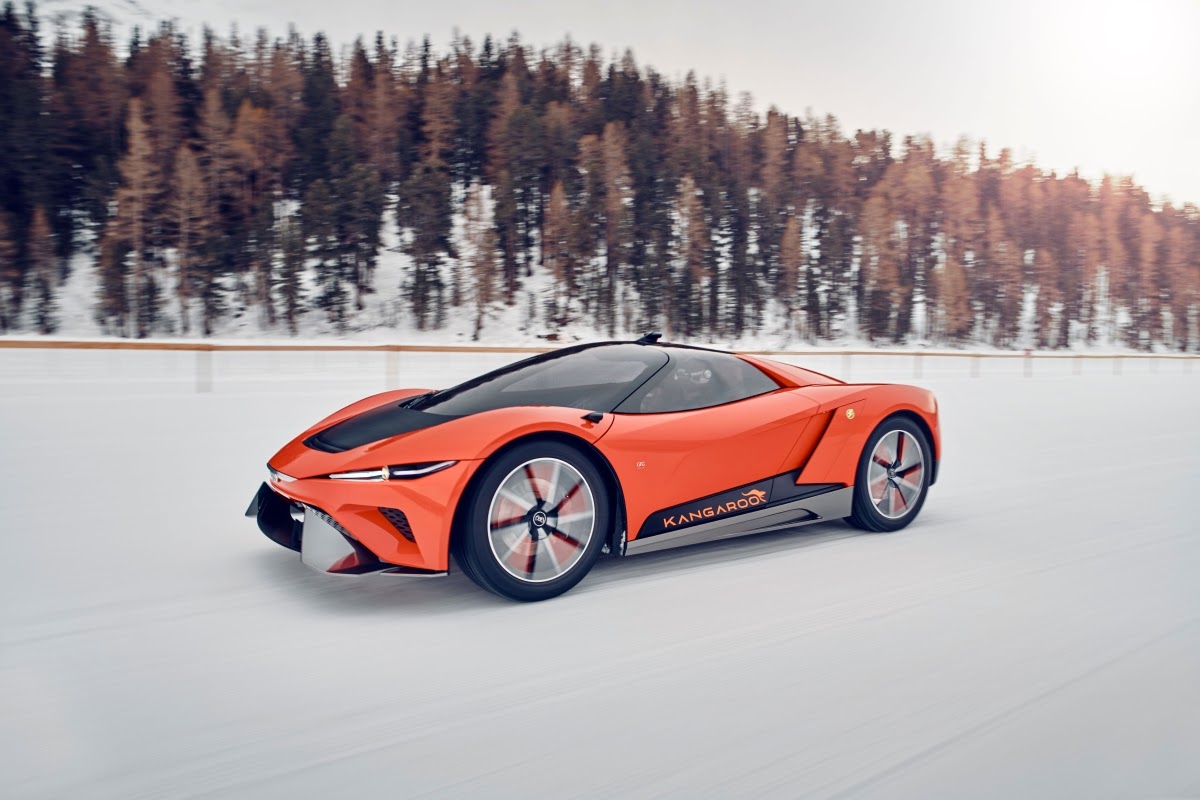 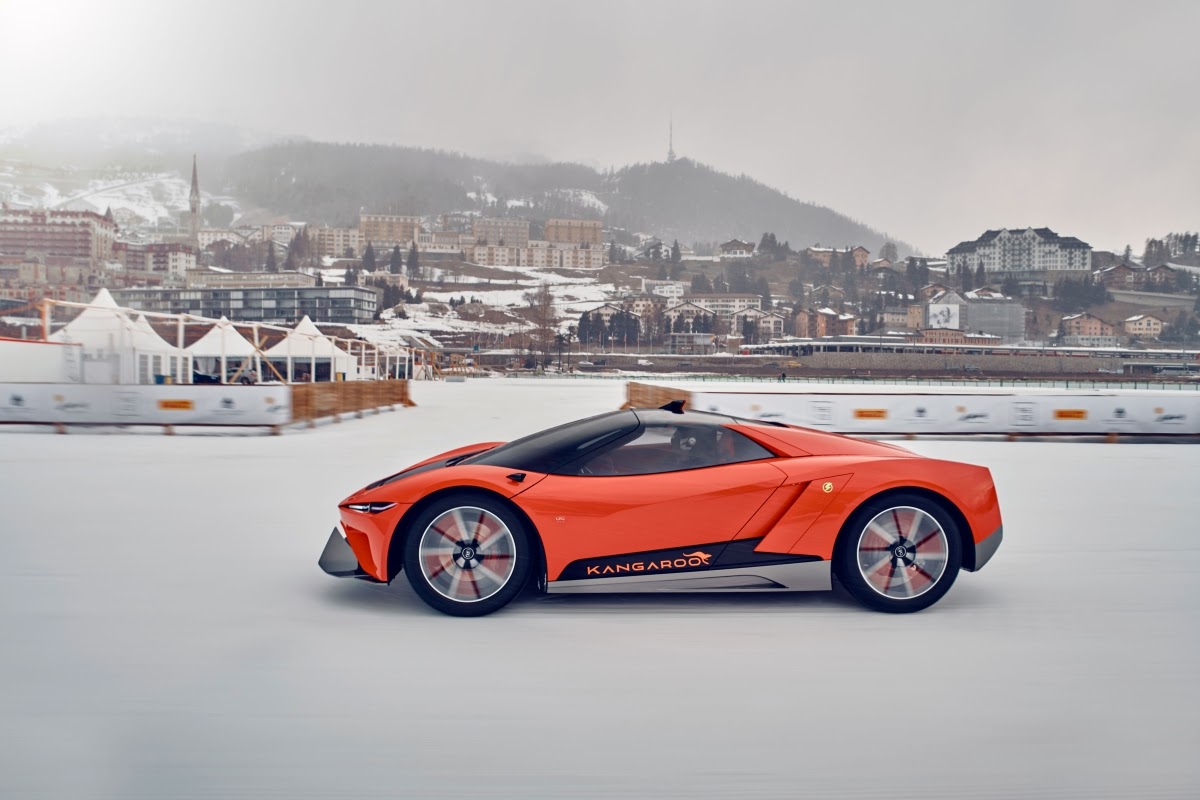 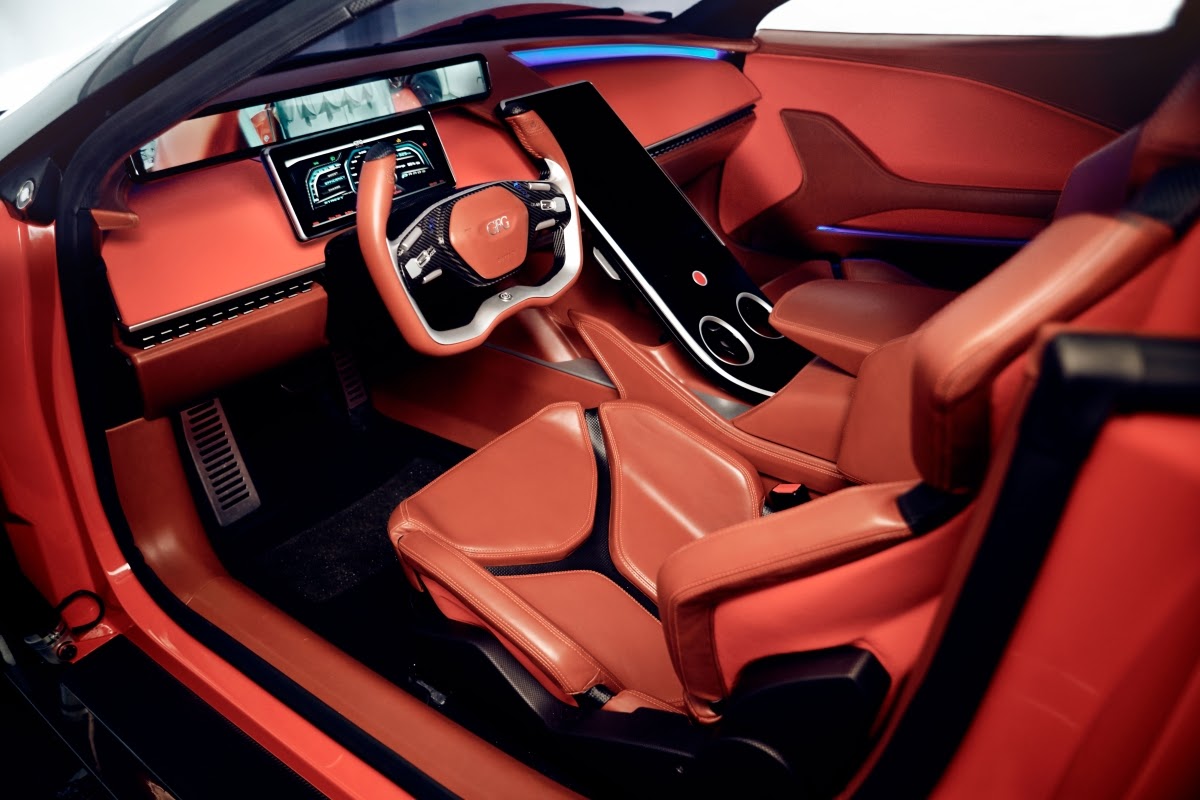 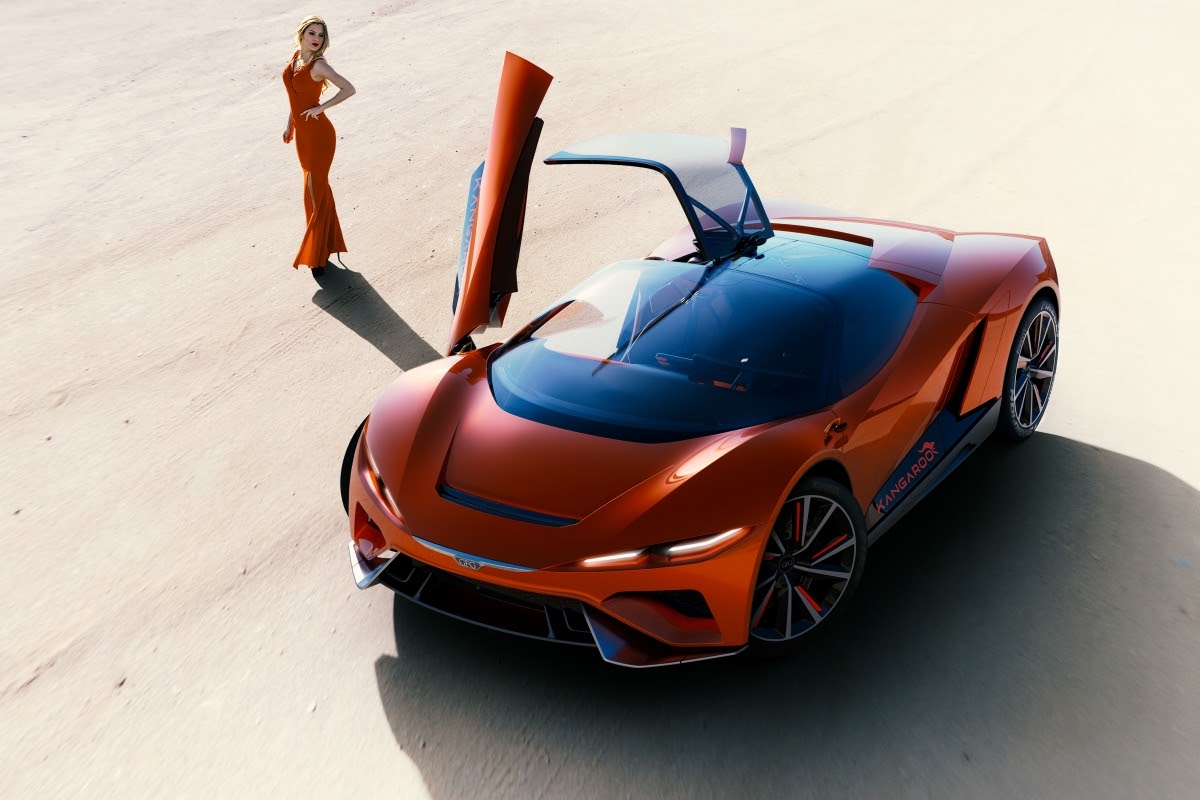 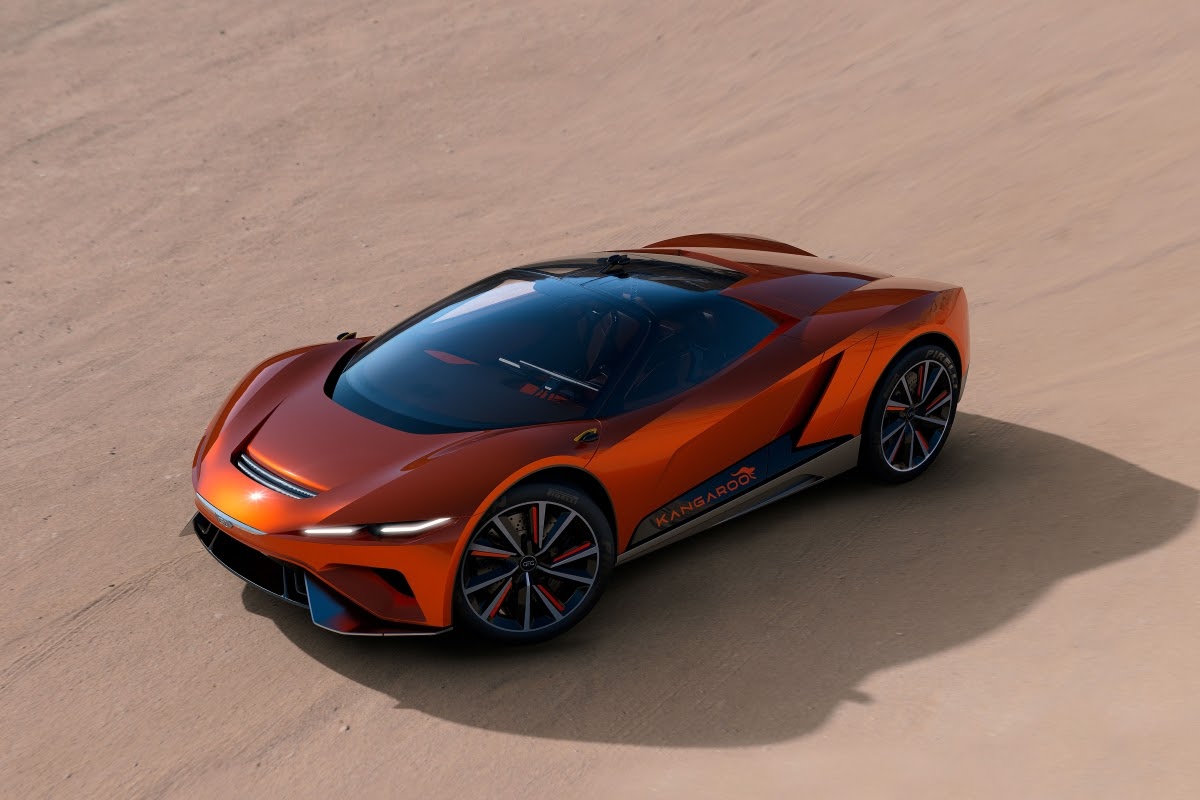 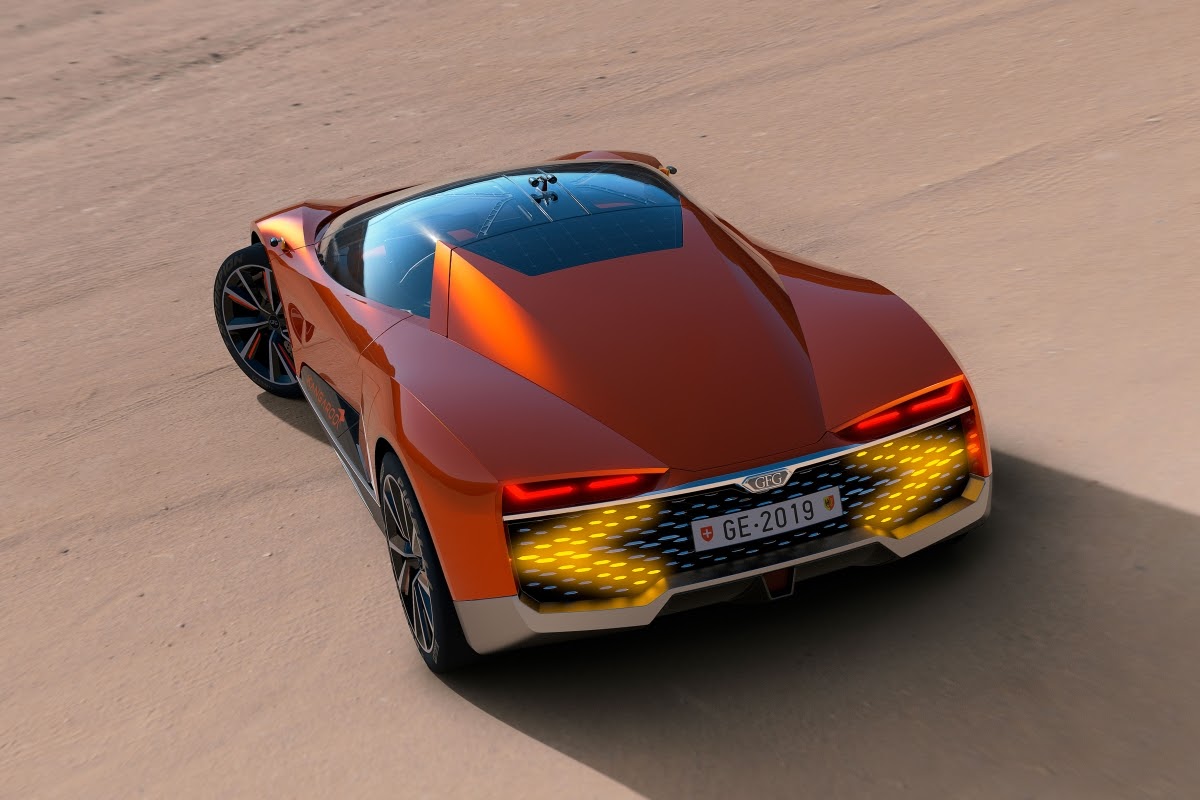 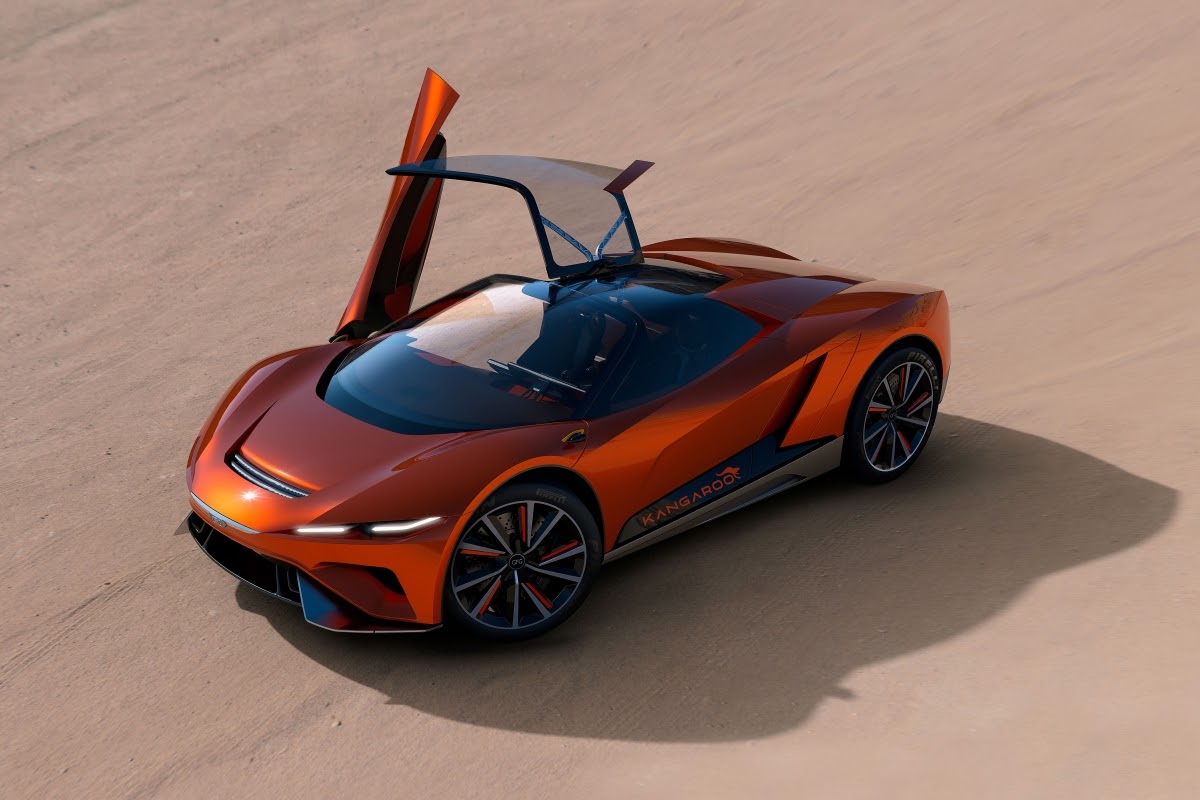 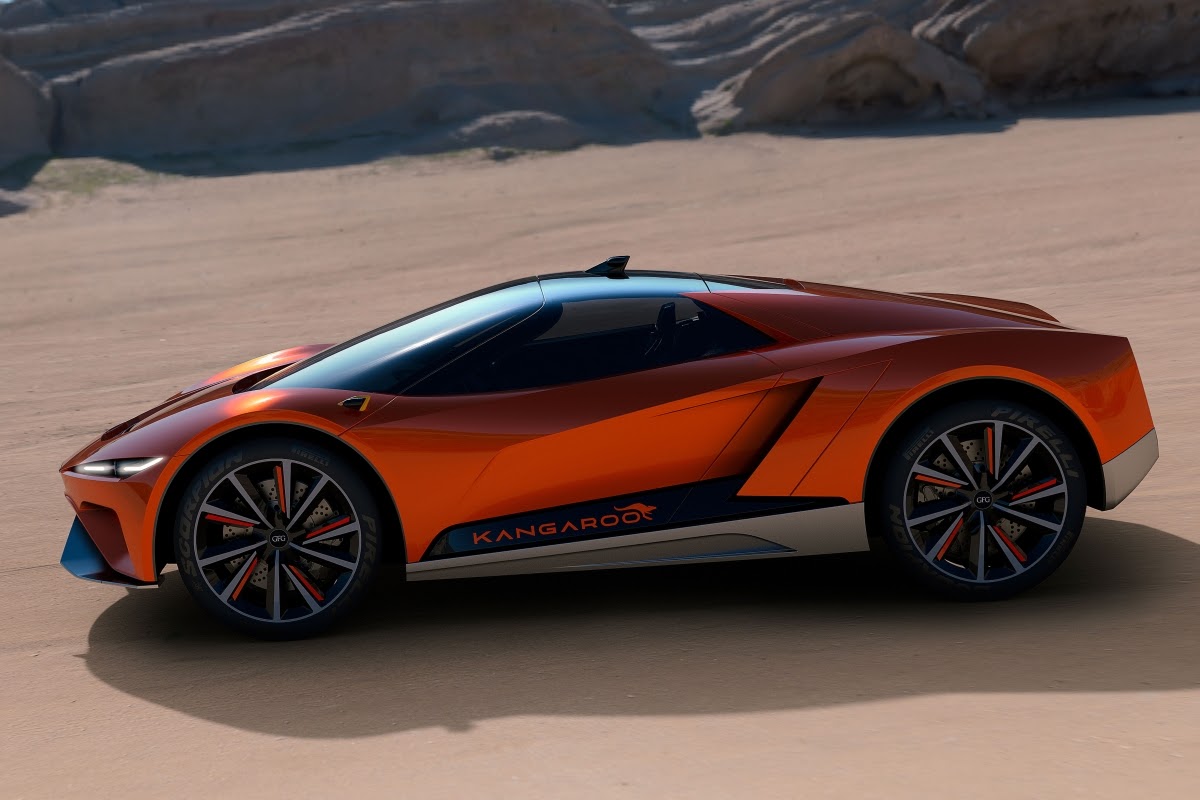 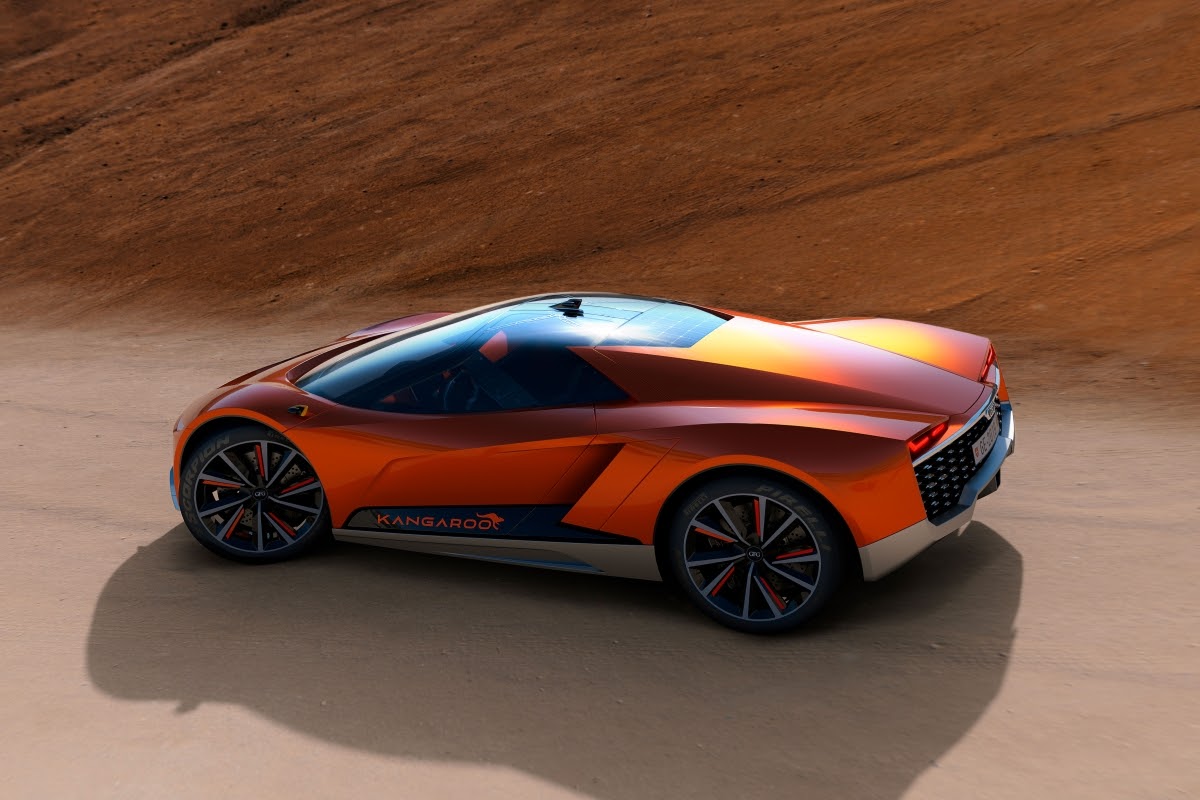 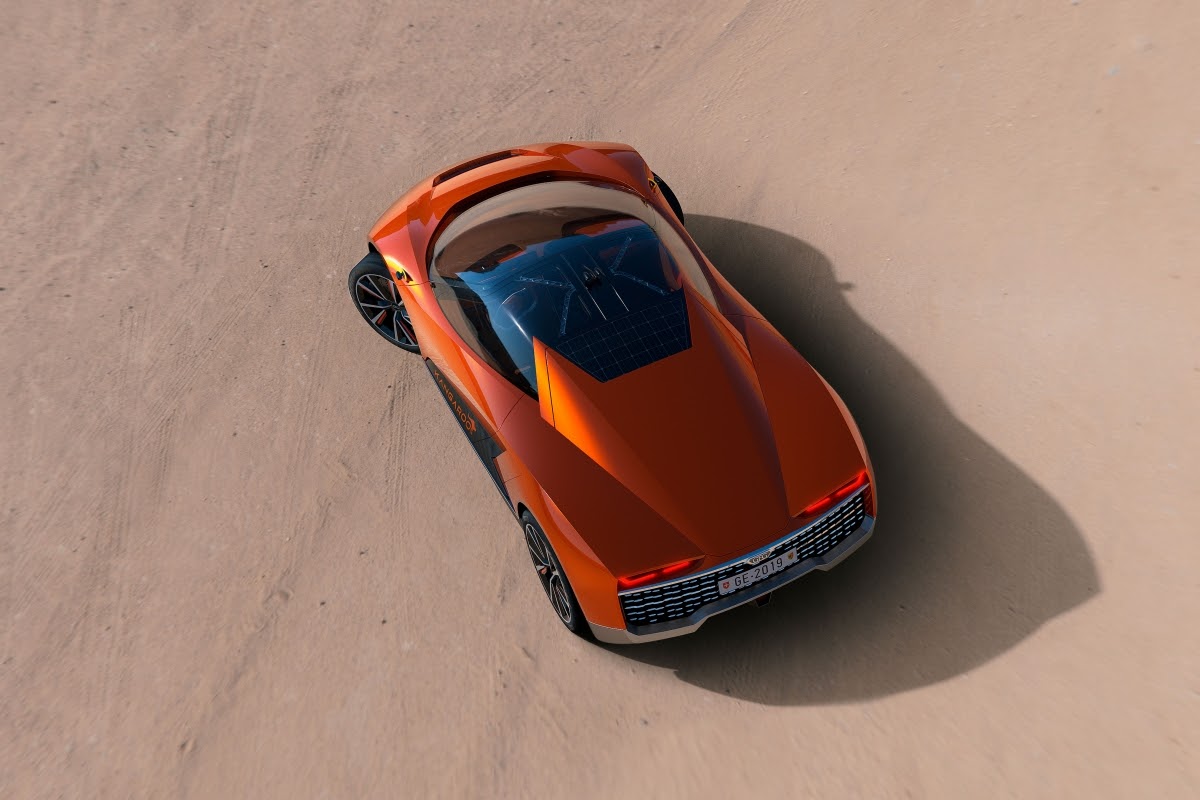 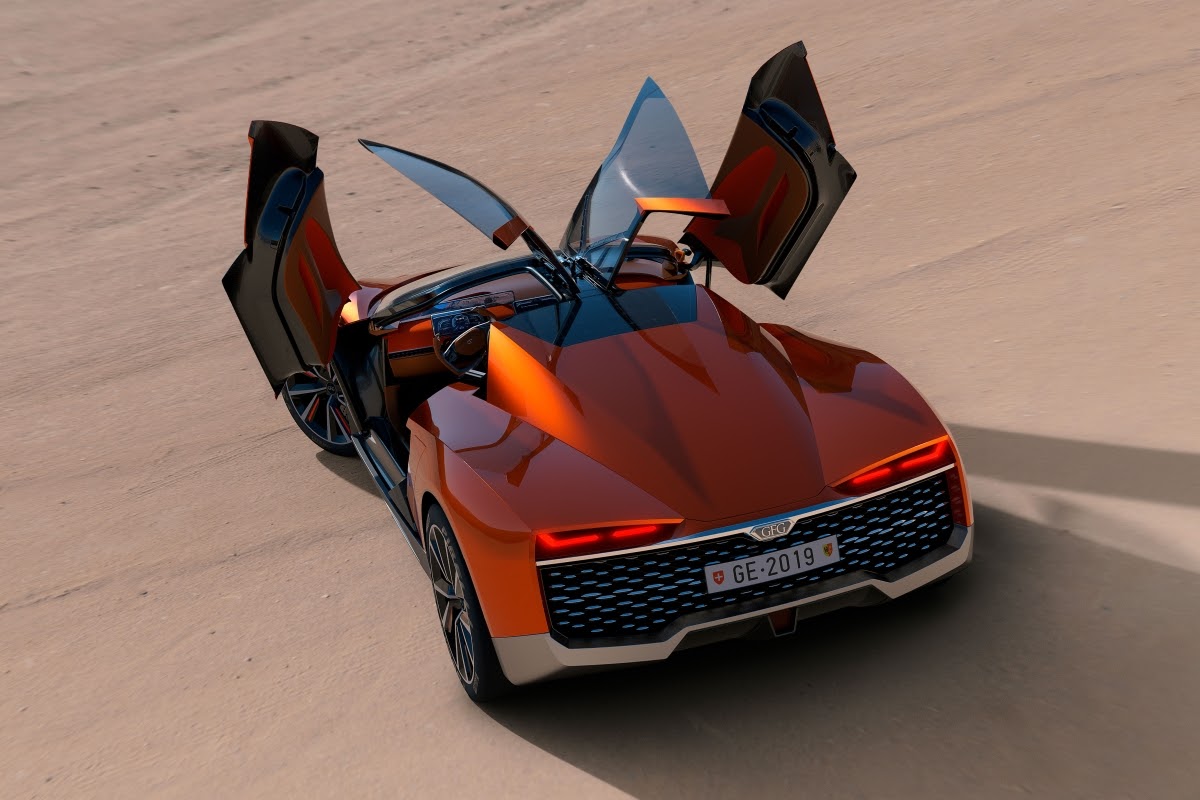 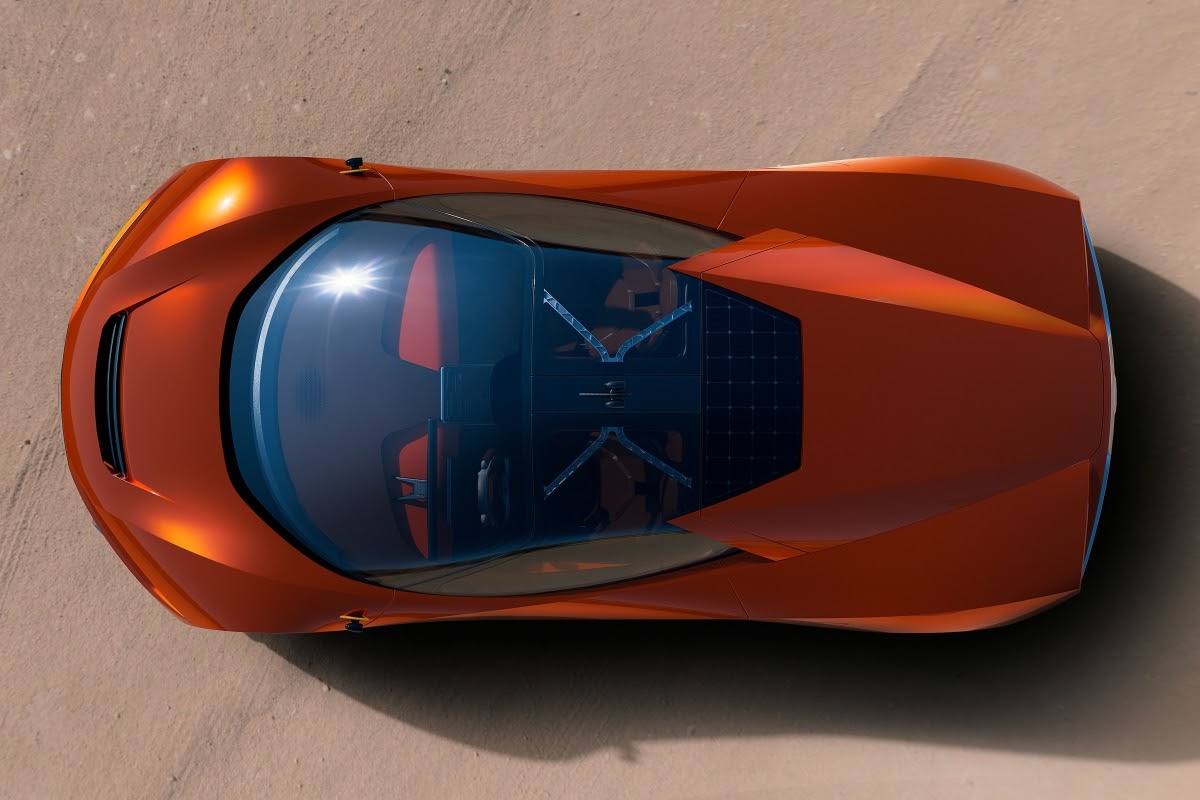 The new concept car by GFG Style, a two-seater, electric hyper-SUV with 4-wheel drive and 4-wheel steering, is called Kangaroo and its styling is a match for any terrain, thanks to its functionality and technology.

“I have tried to imagine”, says Fabrizio Giugiaro, “the future of electric hedonistic cars; the result is a concept I have believed in for some time, namely the transmission of uncompromising passion and sportiness in one car, for any road condition: be it track, sand, dirt or snow. A concept that can arouse excitement and meet the needs of an increasingly demanding clientele, in search of innovative styling architectures with the maximum that technology allows today, both inside and out”.

“Just like a kangaroo”, continues Fabrizio, “it rises up, springs into action, jumps from one terrain to another and is fast, very fast indeed!”

This high-performance concept has already been tested on the ice-bound tracks of St. Moritz, where it amazed everybody for its dynamism and aesthetic impact: a high performing yet comfortable car, seemingly extreme but in fact highly rational, with forms suitable for performance without sacrificing beauty.

The appearance of the front already announces its ambitions, with a serious look into the future, thanks to the headlight technology and adaptive spoiler. This appearance changes with the configuration input, which modifies vehicle trim and adapts to the performance of the moment.

In keeping with the tradition of extreme Grand Tourers, the passenger layout offers two extreme seats.

The side panel is sculpted to accommodate big 22" wheels, the car's primary impact feature.

On the side is a very clean line that starts from the rear, and in a single sweep sketches in a side protection carbon strip.

The rear is conceptually similar to the front, with the recessed lights generating an expression of sportiness while overhanging a large air outlet; the latter conceals the functions of arrow and reverse lights, through small prisms of Led crystal that create a precious "jewel effect".

Accessibility is once again refined and innovative, as the upper part of the dome lifts up gullwing fashion, while the lower part, the door itself, has a slightly "scissors-like" opening.

Optically, the shape of the body is divided in two; both the upper part, characterised by a large dome, and the lower part, like the bonnet, offer different chromatic solutions: they can in fact be in exposed carbon or body colour. This can generate very different personalities between the sportier or more elegant versions.

Special cameras and sensors are located on the roof for autonomous driving purposes, and other cameras are slotted into the mudguards, which also include the direction lights.

The "cut" next to the door, which may look like a wing to let air in, is in fact the flap, present on both sides, to fuel the car with two different types of charging (one fast and the other standard).

The wheels, which are fitted with Pirelli Scorpion tyres, have also been specially designed for the Mak to transmit dynamism, and possess an element of the same colour as the car: they are therefore in polished, chrome-plated aluminum, black and orange.

As for the interior, the two-seats-only formula offers two sporty but surprisingly comfortable seats with a special design featuring cushions fitted to a carbon structure so that driver and passenger are almost "lifted up" by the seat frame, thus ensuring comfort without sacrificing wraparound and restraining functions.

The dashboard features 3 displays with 3 different functions: the first is dedicated to monitoring the situation around the car, as if it were a big rear-view mirror, just under the crossbeam; the second is located in front of the steering wheel showing the general functions of the car; the third is on the centre console and also includes two handy drink holders, to manage everything related to entertainment and navigation.

The dashboard is designed in two parts divided by an aluminum slat, which channels the air flows from the air conditioning: the upper part is a large leather wing, visually reminiscent of a horse saddle that joins up with the panels, while the lower part is made of Kult fabric in a dashing colour, in this case orange, to convey freshness, sportiness and also material innovation.

All the materials, carbon-printed leather from Poltrona Frau and the already mentioned Kult leather and fabric supplied by PT Pantaloni Torino, have been chosen to convey the idea of sportiness but also practicality, considering the wide-ranging use of the car.

The electric platform was developed in collaboration with CH Auto. A carbon fibre body is set up on an advanced space frame that houses two 180 kW motors. The body is in carbon fibre while the wings, for minimum weight, are in polycarbonate and the windscreen in glass.

The main dynamic feature, from which the name derives, is the possibility of raising and lowering the vehicle body by 120mm, via three configurations: Racing (140mm), dedicated to high speed, Road (190mm) and Off-road (260mm); another feature is the camber of the wheels that, depending on the configuration, changes to ensure a different degree of sportiness.

The vehicle can be admired in different configurations: in addition to the running prototype, in fact, a clay model will show a version with roof and bonnet in exposed carbon. To highlight the possibilities of extreme use, a model will be fitted with tracks to make it usable for fun on impervious snow-covered terrains as well as on large stretches of ice.

The front and rear suspensions are made entirely of aluminum and high-strength steel with double overlapping triangles.

The innovation of this new system is that the shock absorber unit has been replaced with a new hydraulic system, connected to a fully adjustable 3-way shock absorber.

This hydraulic system allows you to vary vehicle trim and decouple the two springs mounted on the shock absorber body.

In the Racing and Road configuration, the shock absorber works with a single spring, hence with a single elastic constant "K" that configures the car with greater specific stiffness.

In the Off-road version, the shock absorber works with two springs in series, hence the resulting elastic constant "Kr" is much lower: this allows the car to be configured with a lower specific stiffness. This is the best condition for off-road use, absorbing more road roughness and also tackling the rough terrain typical of off-roading in absolute comfort.

Integration of the 4WS hydraulic system for maintaining very low turning circles even with the use of big tyres.

Retractable splitter to improve the off-road qualities of the vehicle by increasing the ramp angles to values higher than 26°.