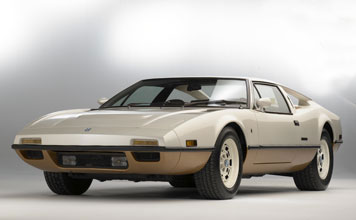 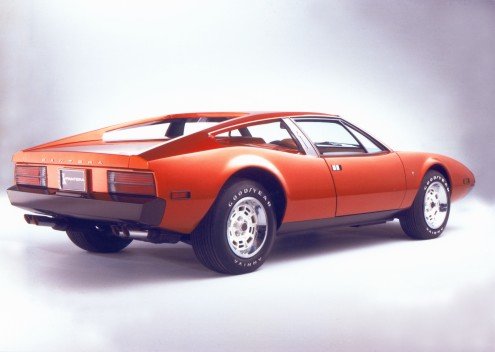 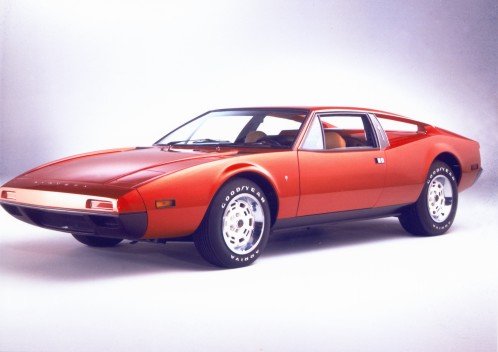 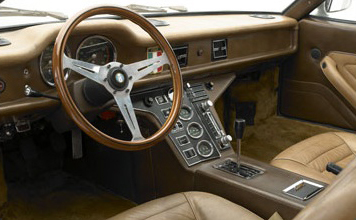 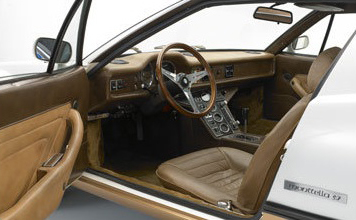 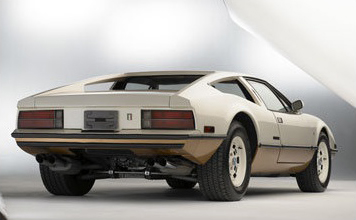 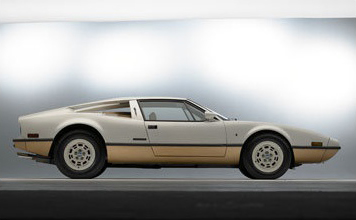 The year was May 21, 1971 and American car enthusiasts had just fallen in love with the recently introduced mid-engine Pantera sport car. With great reviews, Ford’s joint venture with DeTomaso seemed like a sure sell for years to come.

That is, until the new highway safety and emissions act hit the auto industry, and eventually forced Ford to pull the plug on the Pantera in 1974. Refusing to just give up in the face of power robbing emission laws, DeTomaso sought a replacement for their Pantera.

The planned production Pantera II 197x (or 7x) was based on the chassis of the original Pantera. With all-new styling and a sweeping cantilevered roofline with open pillars to the rear, Ghia designers had done a great job at advancing both the appearance of the prototype, at the same time carrying over as many components as possible from the Pantera L model.

Penned by the legendary Ghia designer Tom Tjaarda and hand built in 1973 in Italy by Ghia, the prototype enjoyed a tour as a show car in the spring of 1974, before the Ford venture came to an end late in that year. In 1975, supervised by Ghia design studio president Don DeLaRossa, the prototype underwent a conversion. The car was repainted Pearl White over Metallic Bronze, stripped of its Pantera nameplates and fitted with new ones bearing the name DeTomaso Monttella. The car was then shipped off to the U.S. and titled in Michigan, where it was stored with the hopes of showing it to other manufactures for possible production. Five years passed, and in 1981 the car was sold to a local Michigan sports car dealer that in turn sold it to a family member of the current owner.

The 1973 DeTomaso Monttella Concept Car has a fully documented history that accompanies this sale. It has resided in the family of the first private owner since it was last sold in 1981 and remains in very presentable overall condition.

The car that has had two names is often referred to as “the Pantera that almost was”. It has never been restored and is presented today as it was when it became the Monttella – a fully functional prototype ready to be driven and enjoyed at all speeds.