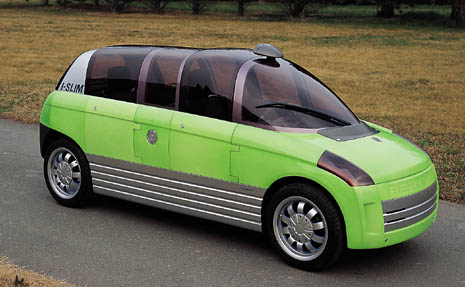 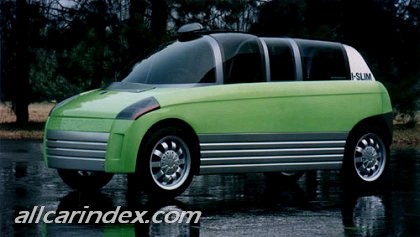 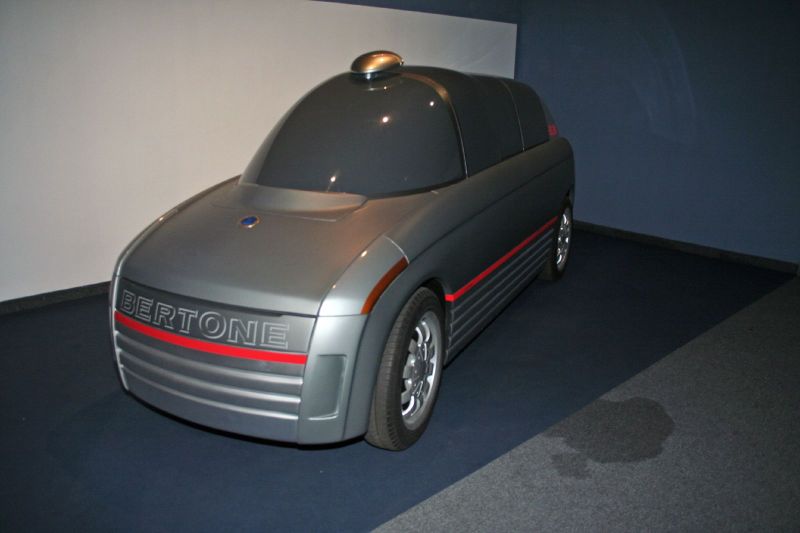 Both car and motorbike: this is the provocative idea that lies behind the Slim, the working prototype Bertone presented at the 2000 Geneva Motor Show. An innovative idea to resolve one of the biggest problems facing city traffic today, namely lack of space.

The Bertone designers were given the challenging brief of creating a vehicle which would combine car and motorbike without falling back on the obsolete sidecar idea. The right intuition turned out to be creating an entirely unique vehicle, like the Messerschimtt of the 1950's. A micro-car with two front wheels, one back wheel and motorcycle mechanics, which was also given a four-wheel version. The German manufacturer produced it by reworking ideas and solutions from its past.

Another important influence on the Slim project is the recent EU legislation on quadricycles, which can now be driven with an A licence.

This is how the Bertone Slim came about, with styling and spatial organisation which reveal its inspiration in the field of aeronautics: the Bertone designers looked to the famous English Spitfire fighter plane for their inspiration.

Although the Slim is only 1 metre 10 centimetres wide and 1 metre 30 high, and can be parked in half the space needed by a car, it can easily take two passengers, as it is 320 cm long, with a 227 cm chassis. The cockpit in resin features a sliding windshield and doors in the sides. The driver and passengers do not so much get up on board as get down into the vehicle, and while space may be limited, it is still versatile, with the option of folding the seat down or moving it to the side to give the passenger visibility out front.

The aluminium structure surrounds the entire cockpit and guarantees its safety. It goes without saying that the vehicle also has airbags and seatbelts, and the onboard instrumentation comes complete with two GPS satellite navigation systems.