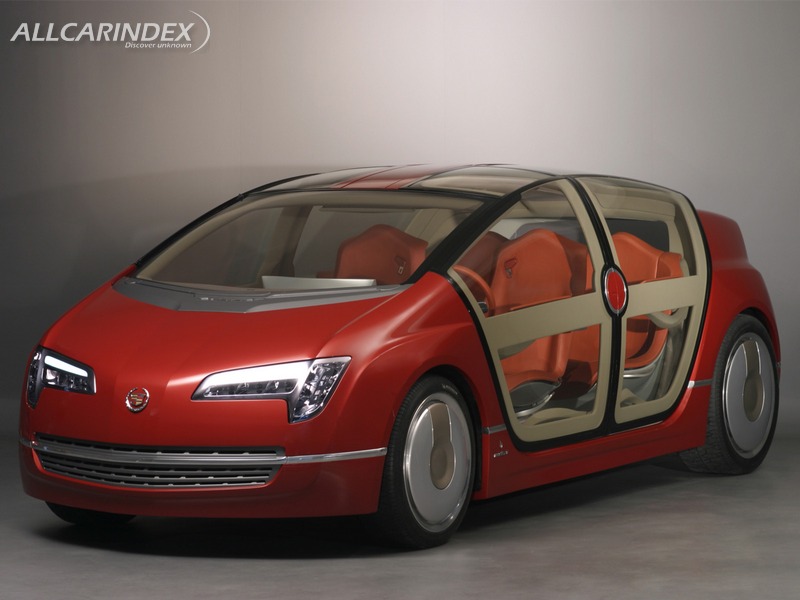 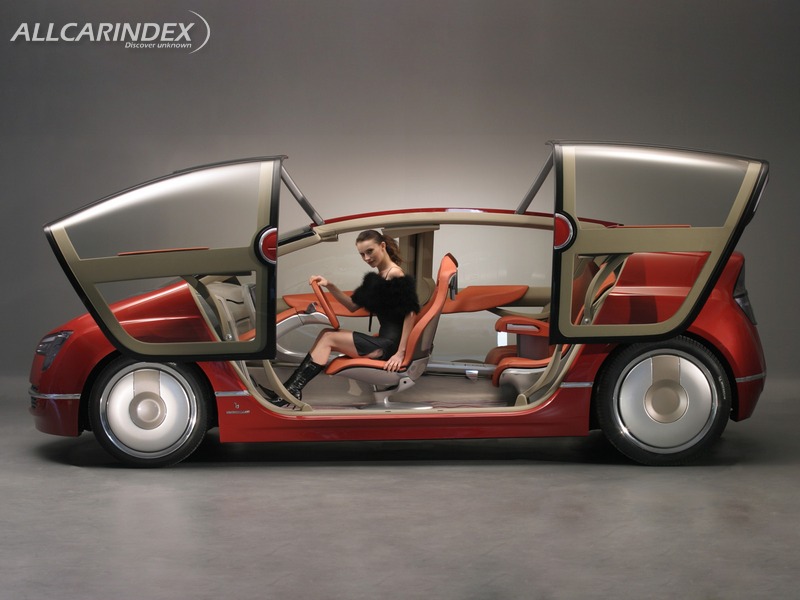 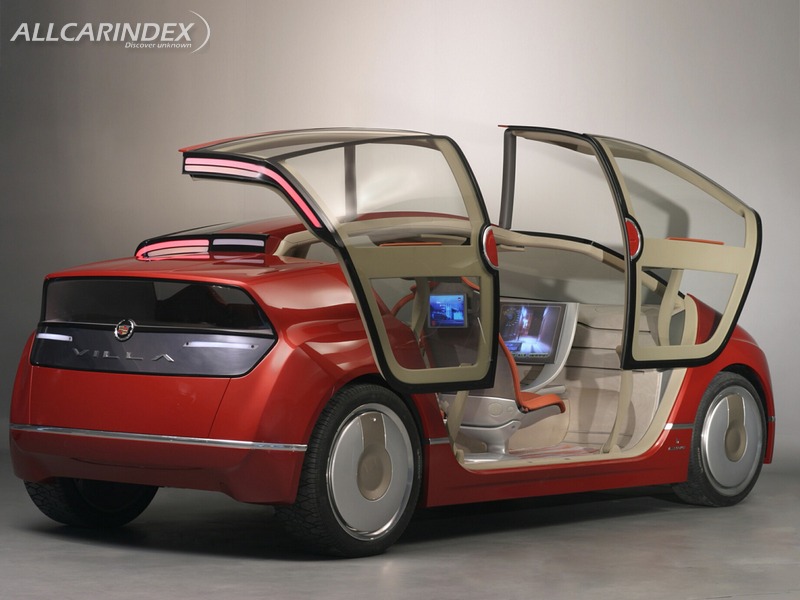 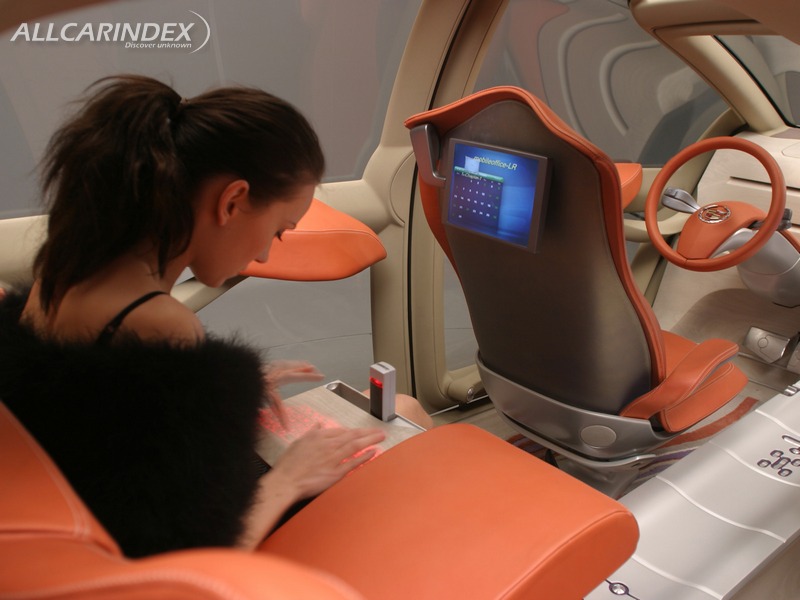 It has always been the aim of a Bertone concept car to exceed expectations: the emotion comes from an innovative idea, from a transgression of the rules.

The Bertone Villa originates from the desire to break the rules, to rebel against the homogeneity of the contemporary car, to search for a new balance between design and emotion. And the risk of breaking a consolidated balance transforms itself into a creative opportunity. So the Bertone Villa interprets the concept of the car of the future in an original way, and proposes a surprising perspective to the exterior design, focusing attention on the side, in particular, the access into the vehicle, and on a new concept of interior luxury.

The Bertone Villa takes its inspiration from contemporary architecture, in which luxury is born from minimalist choices and original definitions of living spaces. For this reason, the lines of the Bertone Villa are not born around the myth of speed and reject the ornament, looking for purism in a modern concept of wellbeing.

The Bertone Villa has been developed on the basis of the Cadillac SRX.

- The origins of the project

For architecture the entrance into a building has always had a fundamental role, from the antique Renaissance palaces to the entrances of large hotels of today. On the contrary, in the world of the automobile, the focus of design has been traditionally concentrated on the front, while the entrance has always been an anonymous action. The Bertone Villa proposes a new consideration of the architecture of the automobile, focusing the attention on the “Grand Entrance” on the side and not the front and on the access on board, through two large glass doors. The opening mechanism is by lifting, thanks to three hydraulically commanded arms which copes with the complex shape. In this way the automobile “opens” itself and the interior “reveals” itself, reminding one of the entrance into a great luxurious hotel.

By means of these courageous architectonic choices, the Bertone Villa wishes to re-establish the meaning of accessibility and on-board comfort, as well as the meaning of luxury in the automobile. In the Bertone Villa, luxury is not symbolic Baroque ostentation or an affirmation of status, but a choice of well-being and a superior quality of life.

At first sight the Bertone Villa transmits new dynamic sensations by playing between fine geometric cutting lines which give origin to its tense shape.

The attention of the design is concentrated on the side with the symmetrical cutting line of the doors which indicates the interior as a crystal bubble or a transparent gem, mounted between the two parts of the bodywork.

The roof has not been aligned with the body of the vehicle to avoid the one-box effect and to accentuate the shape of the rear to suggest an automobile of the future. In fact, the Bertone Villa is neither a sedan nor a one-box, but expresses a new architectural concept.

The large doors, in laminated glass with triple curvature by Finnlamex, a leading company in the field, transmit the message of a strong vehicle architecture, which is expressed by means of a sophisticated balance of shapes and not through the traditional profusion of ornamental designs.

The bowed section of the doors joins the front and rear shapes which flow together, with the concave sections, in order to give increased dynamism to the whole aspect. Still with the side view, the “negative” cutting line of the rear door joins the shape of the rear tail. The rear lights in led are positioned on the trailing edge of the roof, attached to the doors.

The front stresses the absence of the grill. The front lights, horizontal in shape, are linked to the sides and converge towards a central “fold” which optically merge to the longitudinal cross member which runs the length on the roof. The imposing physique of the Bertone Villa is underlined by the large wheels with plain rims, without ornamental grooves. The tyres have been developed in collaboration with Michelin (front 245/40 – 22”; rear 305/35 – 24”).

The interior of the Bertone Villa takes its inspiration from the world of interior furnishing rather than the tradition panorama of the automobile.

The idea of luxury is developed in a minimalist way by means of the quality, not the quantity, of the fittings and materials.

The traditional concept of the instrument panel has been abandoned in favour of a panel trimmed in wood and modelled into a wave. In the centre there is a large 23” video screen developed by Bose, connected to a console which runs the length of the vehicle interior. This screen, which makes use of a new optical technology and maintains an excellent visibility even in bright daylight, houses all the functions of the dashboard, the most innovative of which is, without doubt, the new navigation system.

In practise, a vision of the road is reproduced on the screen (through the perspective of the driver’s eye), as if the car body were transparent and onto which graphic indications (traffic signs, navigation system, as well as other information on the location of hotels, restaurants etc……) are superimposed. This system allows one to follow the indications of the navigator without being distracted from driving.

The front seats are slim, anatomic shells, trimmed in leather with a special “colour flop” to match the interior colour palette. The rear seat is designed as a sofa, in which a central armrest raises to reveal individual tables, on which a virtual keyboard appears. This keyboard is connected to one of the two computer screens “suspended” from the rear of the front seat. The two rear seats recline independently, aircraft style. In this radical overhaul of the concept of luxury the traditional air vents and the loudspeakers have of course been changed. The climate control and sound systems function by means of outlets in the wooden dashboard.

The interior lighting has been thought of as an active part of the design to enhance the interior space on board. Therefore a system of discrete interior lighting has been developed which accentuates the design of the furnishing elements by increasing the perception of space and creating a sensation of relaxation and well-being. The entrance area, central tunnel, slits on the dashboard and upper console are illuminated with different coloured neon.

A tailor-made audio system developed by Bose has been completely integrated into the Bertone Villa. The Bose and Bertone engineers have collaborated

The passengers and driver are immersed in digital multichannel “surround sound” which gives a sound experience at the height of the concept of a new approach to the theme of luxury proposed by the Bertone Villa. The low frequencies are controlled by innovative Bose bass sources and consist of two low acoustic boxes in the dashboard and a loud speaker for the lowest frequencies in the rear parcel shelf. These proprietary Bose technologies provide an especially rich, impactful bass in a compact source. The medium frequencies come from diffusers, which take up little space and from the extraordinary cleanliness of sound.