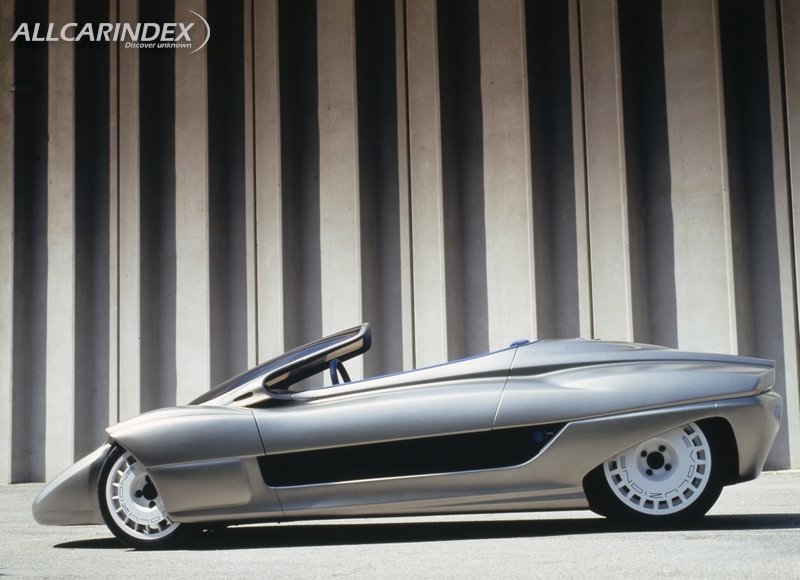 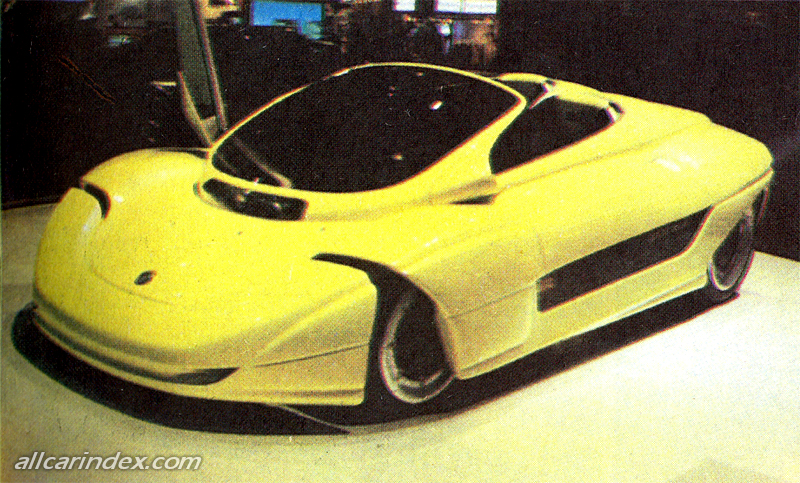 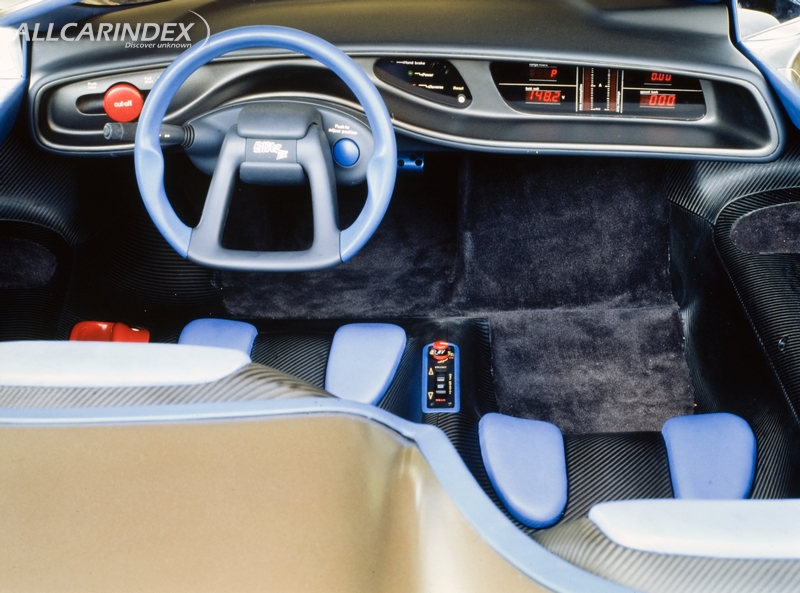 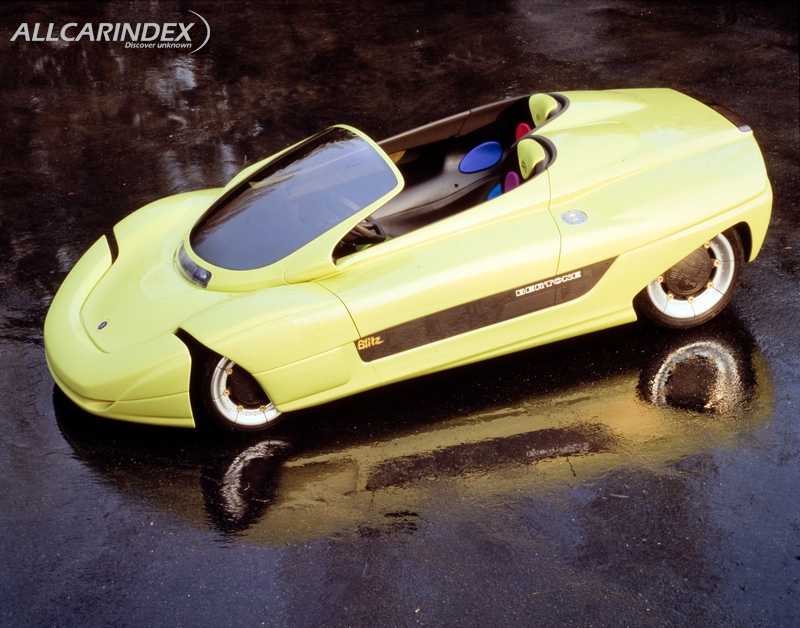 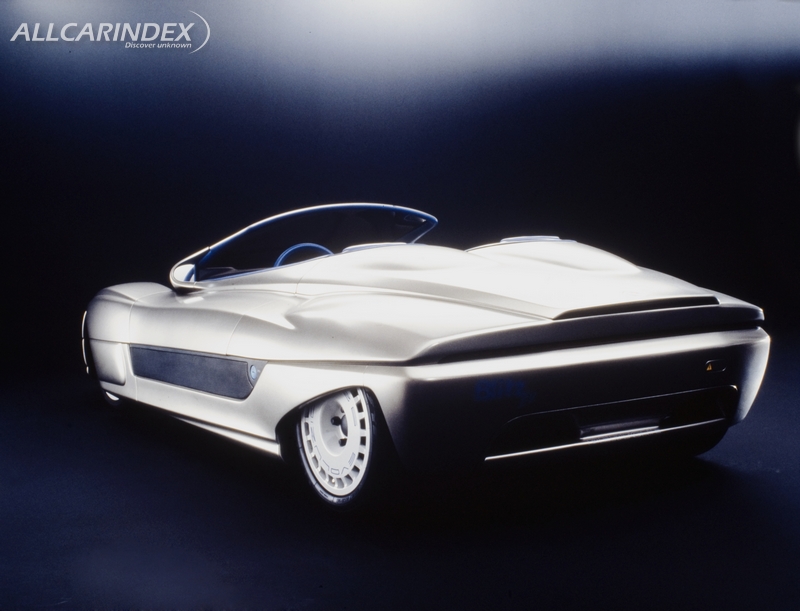 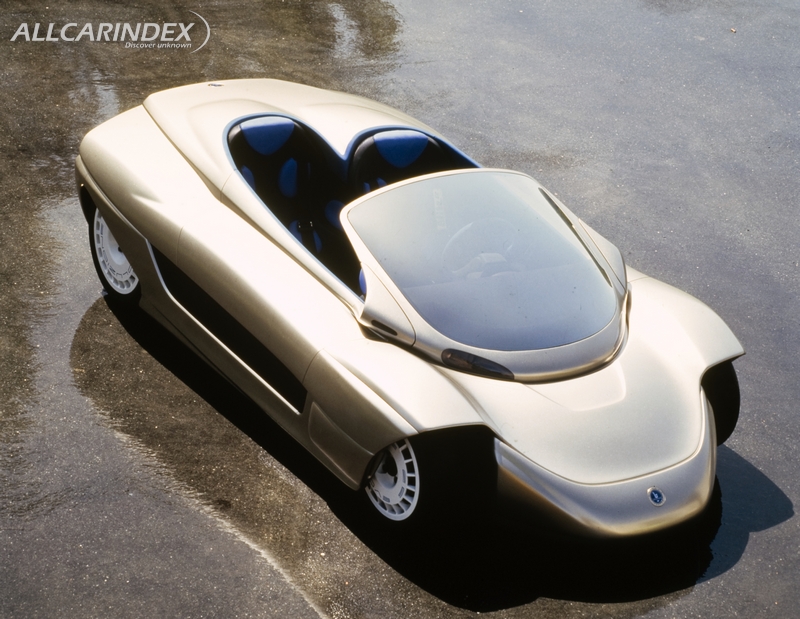 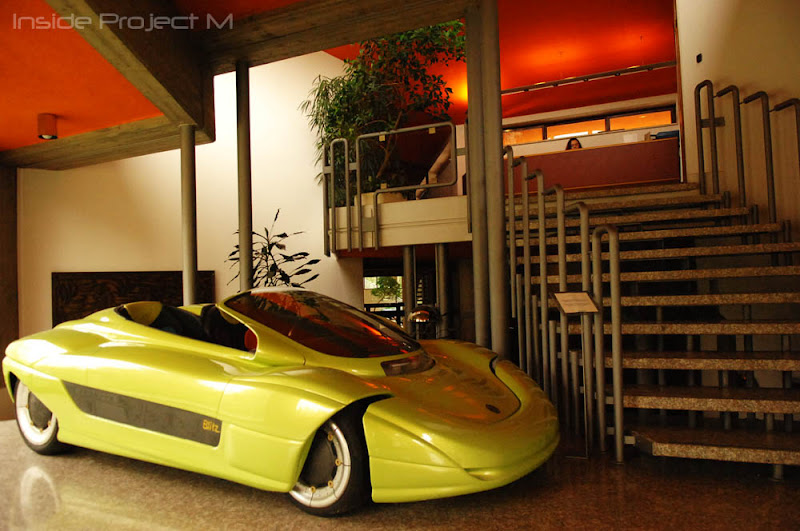 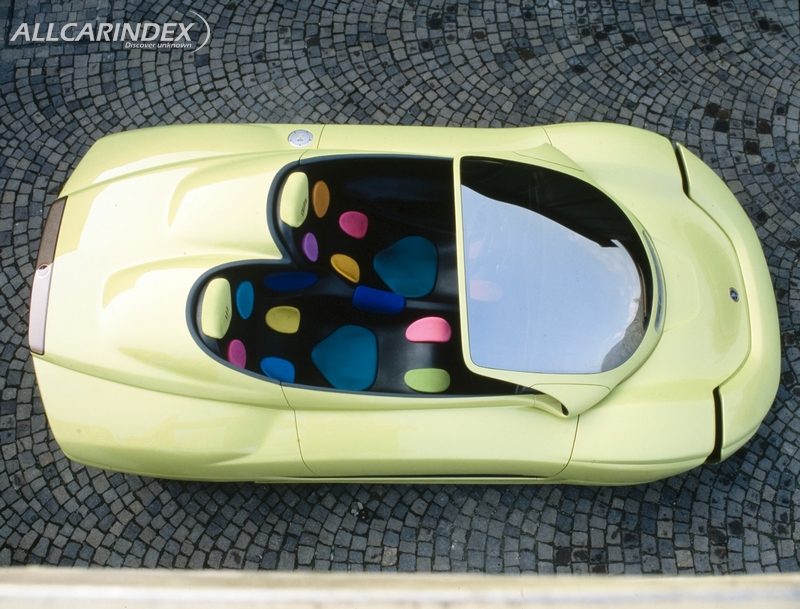 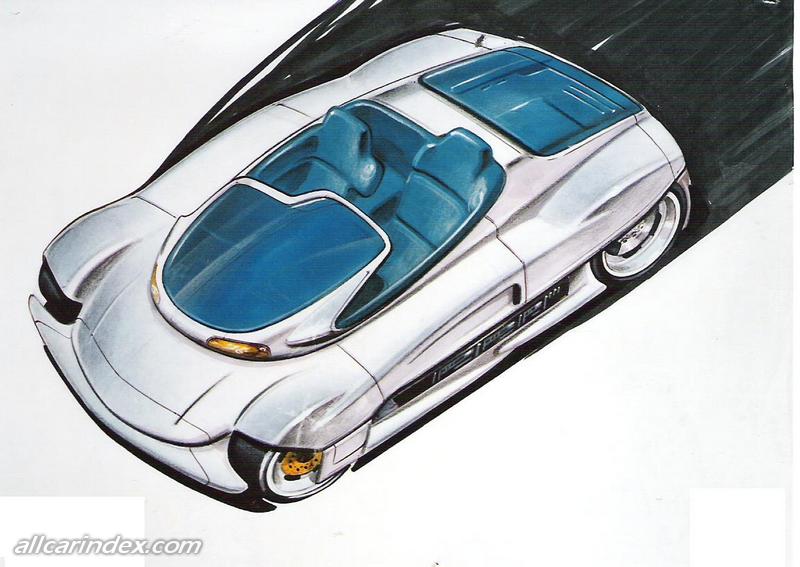 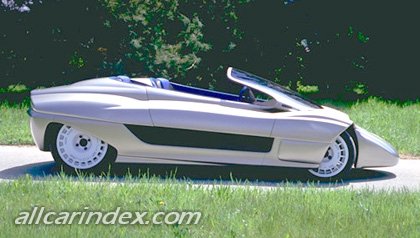 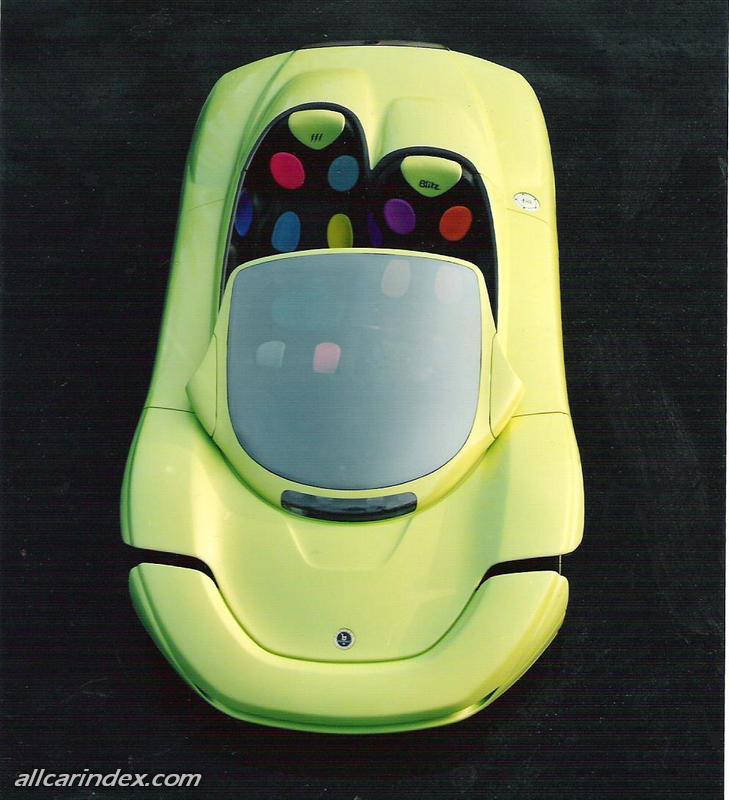 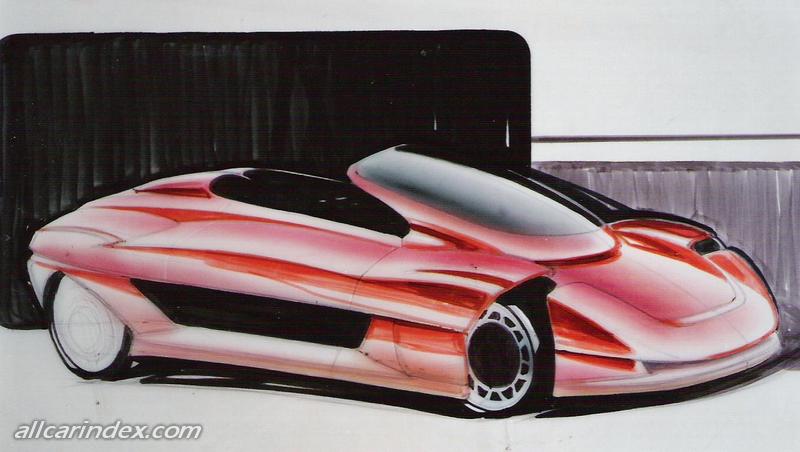 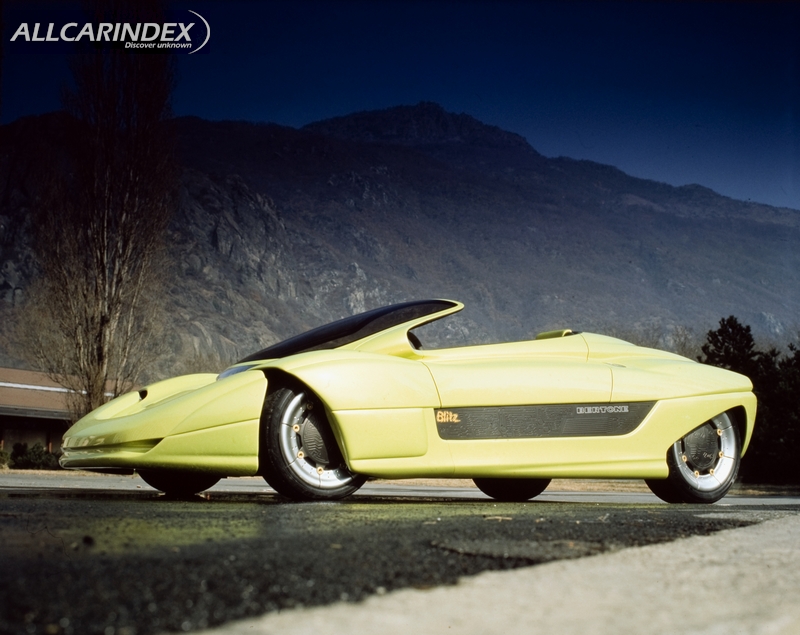 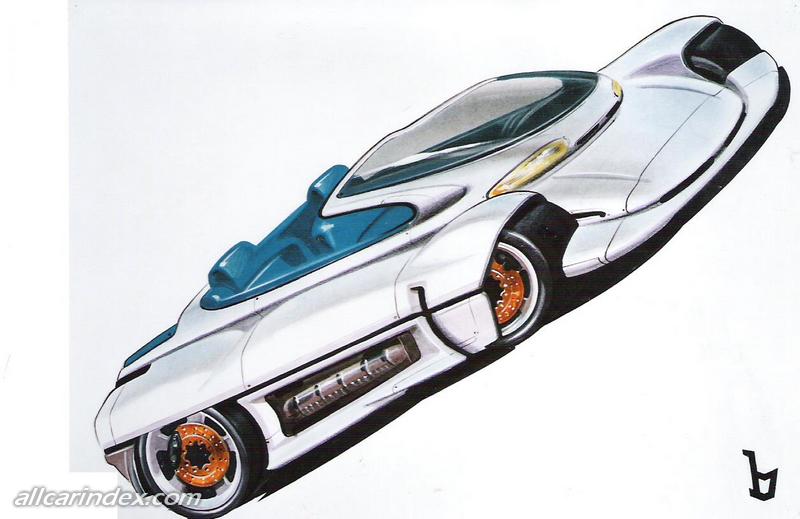 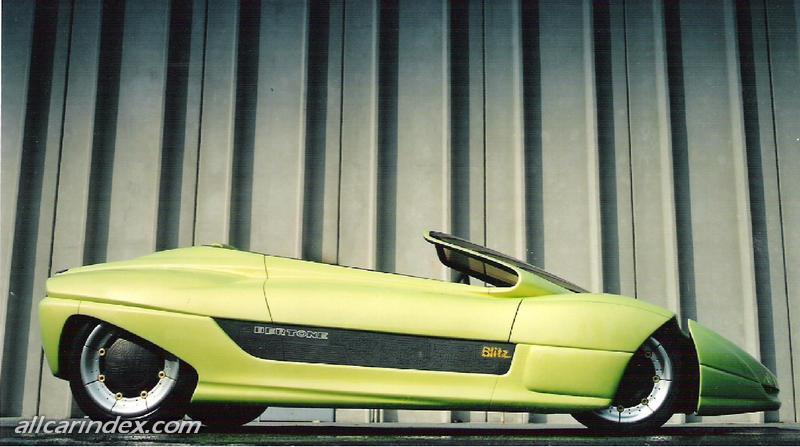 ZEVs are round the corner! By the year 2000 we could all have one. They aren't people from outer space as someone might think, they're Zero Emission Vehicles (ZEV)  which sooner of later will become a part of our life. Growing environmental concern (pollution, waste, ending resources) is pushing Governments and Automakers to view the theme of individual mobility under a new light. BLITZ is being brought forward by BERTONE to make ZEVs more exciting and attractive. BLITZ and impeccable project in form and dunction. BERTONE is ahead of the time with its sights set on future.

The theme of the 1992 Turin International Motor Show was "Man and the environment", and Bertone, who had been urged by many to come up with an electric vehicle, captured the attention of experts and critics with the Blitz. This prototype was an open two-seater show car which experiments both with electric traction and with new materials for the chassis and bodywork. To accomplish the desired "lightness", the body was created by Albatech in 25CD4 steel tubing, fixed with fibreglass panels with epoxy resin and a Roacell core. The bodywork is entirely composed of a composite material (epoxy glass and autoclave-produced nomex), with interiors in carbon. The design of the body recalls the exciting open two-seaters with sporting aspirations, and this is blended with a lovely retro touch of out-of-line seating, with the driving seat slightly in front of the passenger seat. Another feature of great impact was the solution created for the doors, which are front-hinged and open vertically, a concept taken from the Alfa Romeo Carabo created by Bertone in 1968 and which had subsequently been used on a succession of other models.