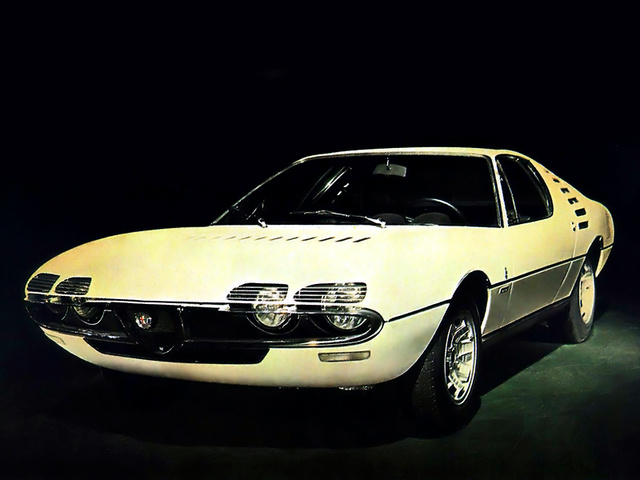 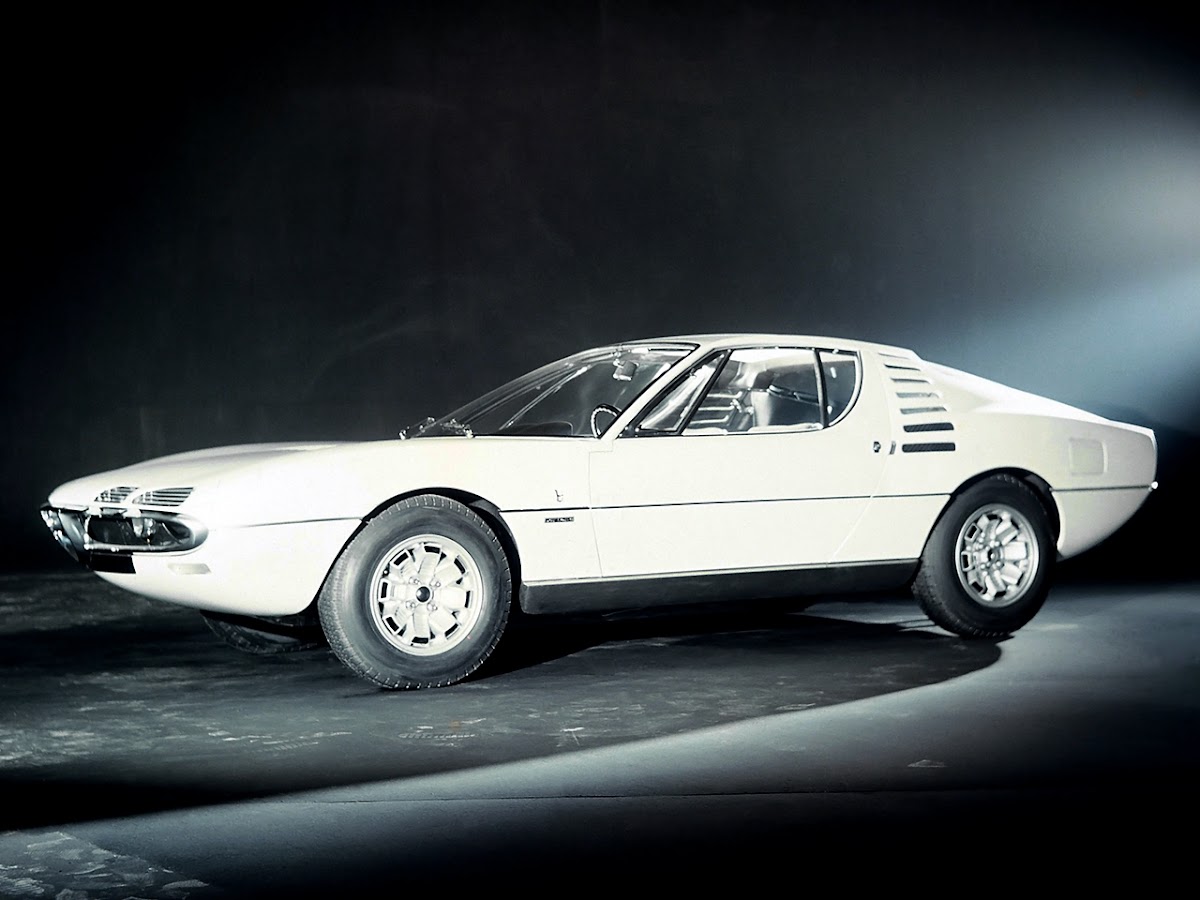 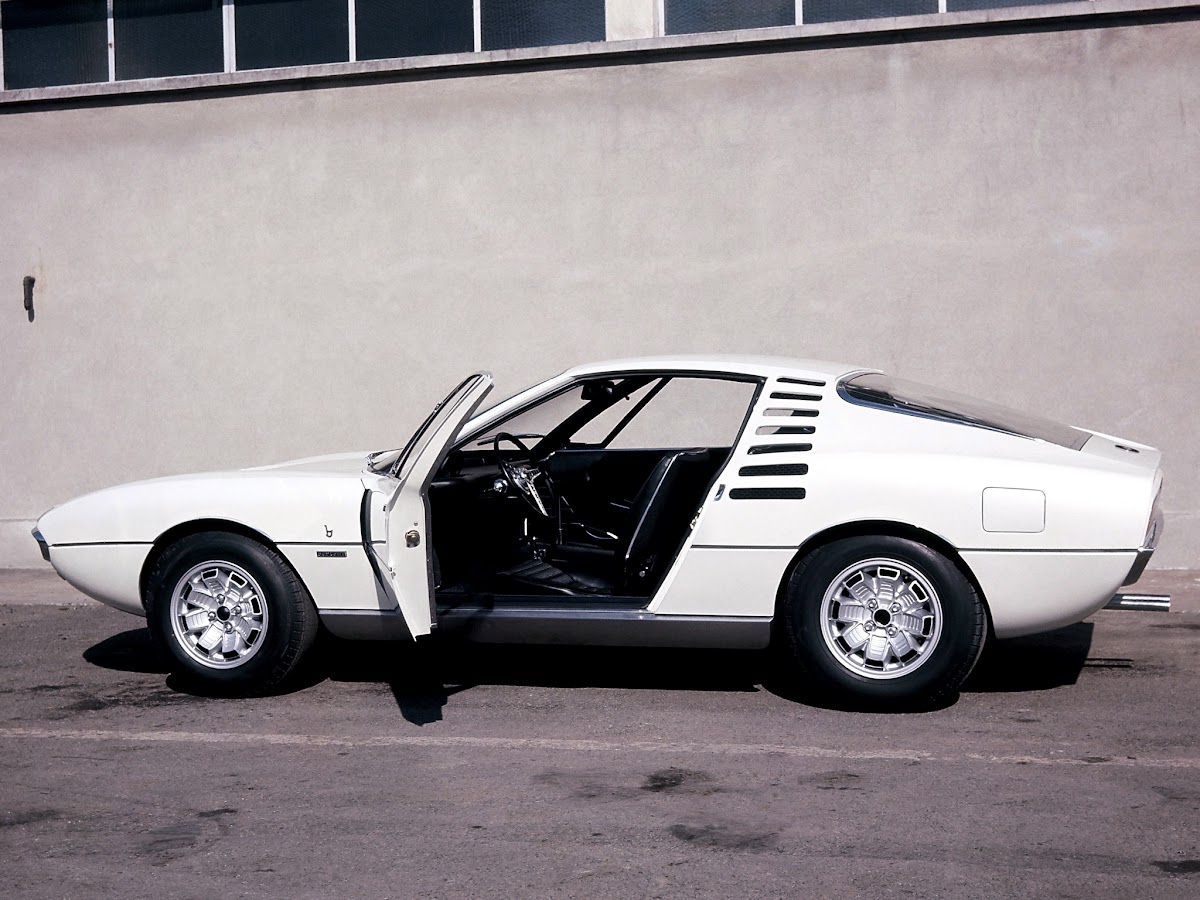 At the beginning of 1967 an Alfa Romeo initiative to create a very special concept car began to take shape, and the result was presented at the Montreal Expo the following year.
The manufacturer's aim was to relaunch its glorious marque on the lucrative overseas markets, and in order to accomplish this it moved towards the idea of a very advanced sporty coupé which would, in the words of Nuccio Bertone, satisfy "man's greatest aspirations for a car". Nuccio Bertone was entrusted to interpret this concept, and to show the Expo visitors Alfa Romeo's genuine commitment to come up with a car of great class, futuristic in its design but still respecting the style and taste canons of the day, all within a limited period of time. Once again, Bertone managed to come up with one of the most beautiful cars of its day, the Montreal. He created a two-seater + 2 coupé with innovative lines, featuring some highly original elements such as the radiator grille, front headlights and lateral air outlets.
Two were produced, and it was the only car on show at the Canadian Expo.