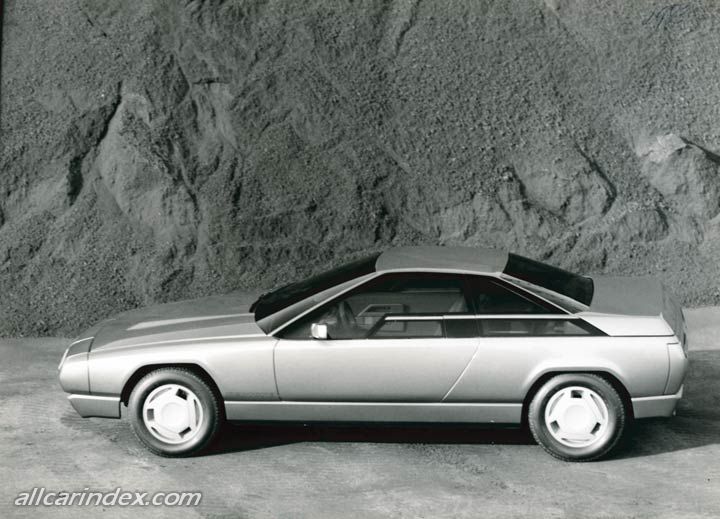 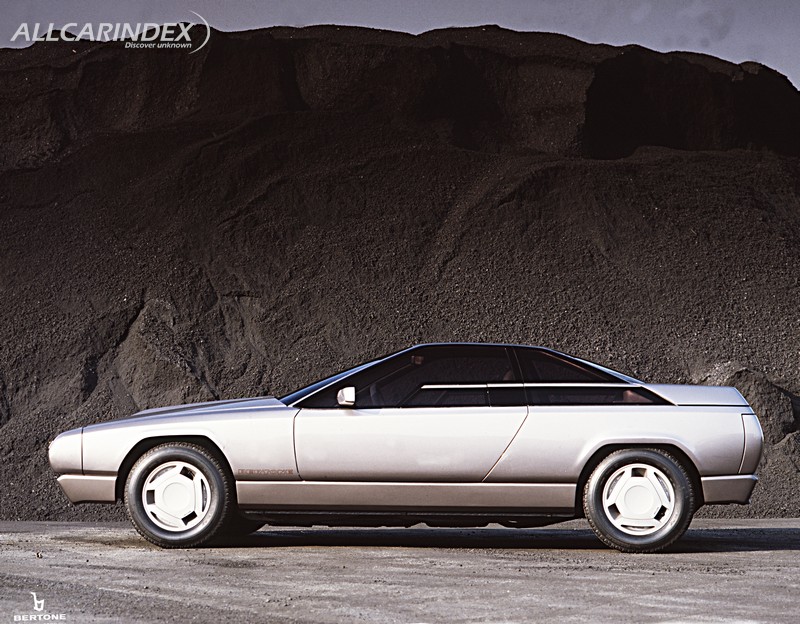 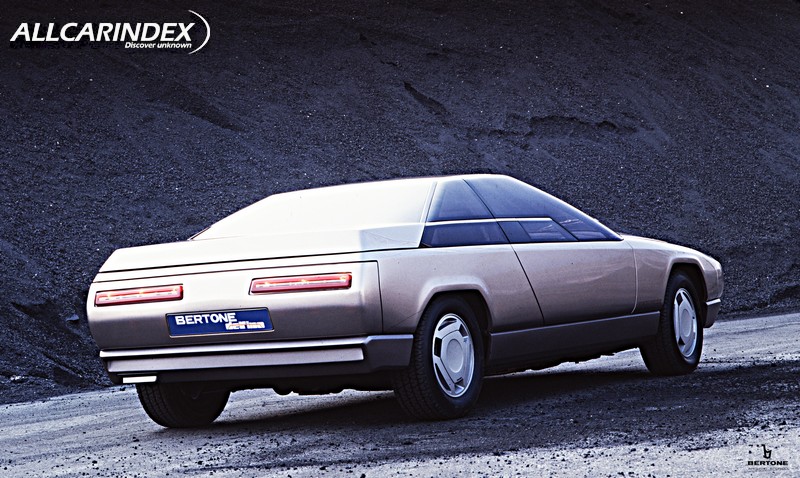 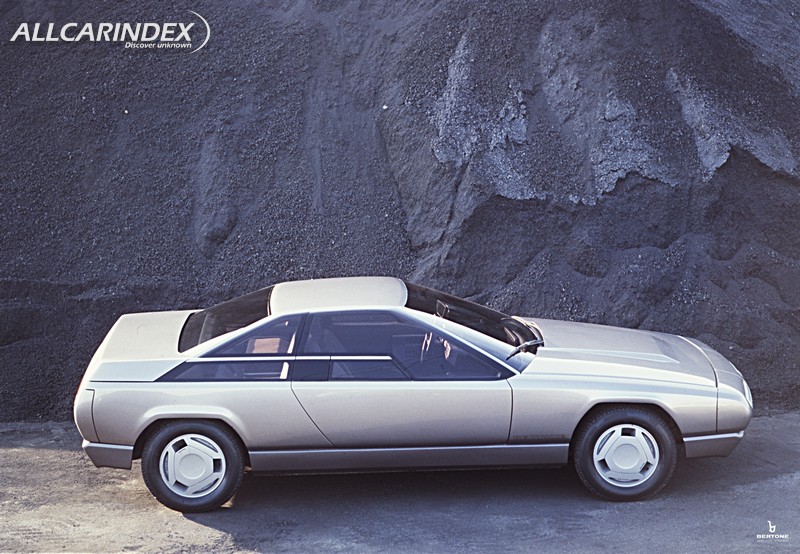 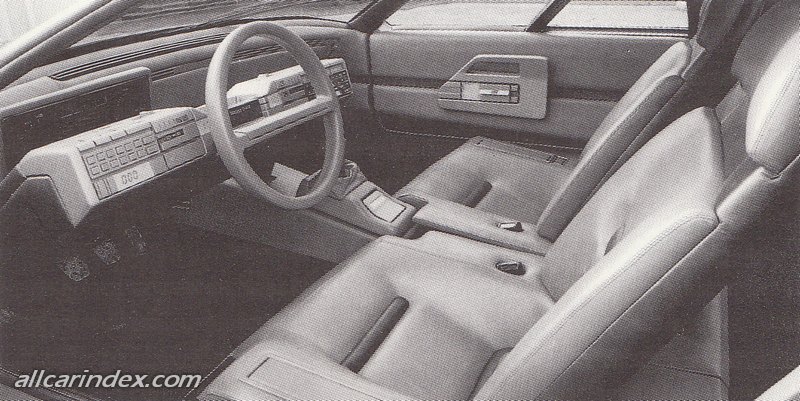 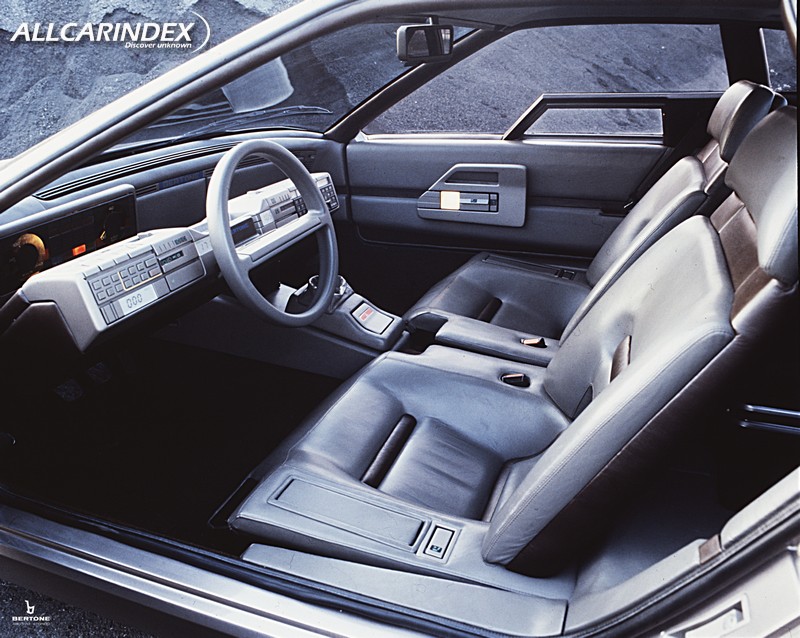 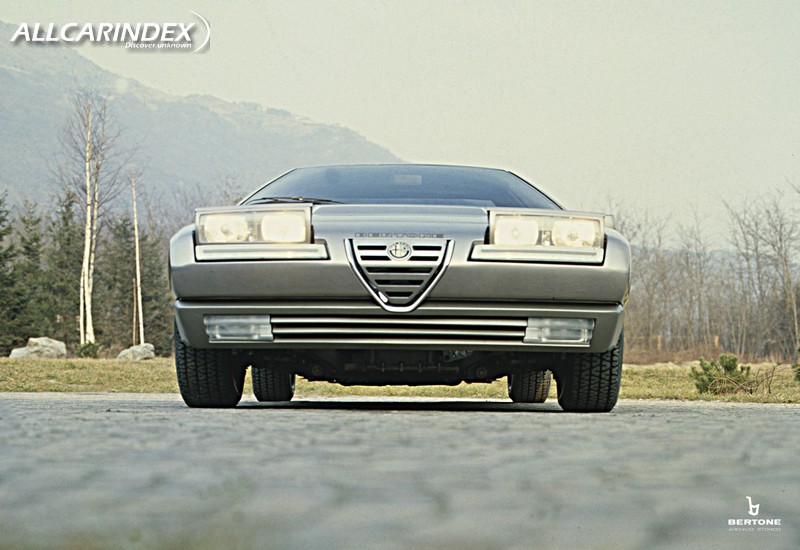 The Bertone Delfino came out when the 1983 Geneva Motor Show was on. Its presentation was evidence of the manufacturer's faith in the type of niche product it represented: the elegant-sporty coupé. The choice of Alfa 6 mechanics derived from the long, established Bertone-Alfa Romeo tradition, which had produced some brilliant results over the years: the Giulietta Sprint (1954), precursor to the modern GT, the Giulietta Sprint Speciale and the 2000/2600 Sprint Coupés spring to mind. In designing the Delfino, Bertone deliberately chose to follow classic design criteria. The car was to interpret the revival of the GT concept, bearing the demands and expectations of European and American clientele in mind. Thus we have a two seater with front engine and rear traction, with proportions reflecting the traditional look of the original mechanics, and remarkably sober and modern lines. The ample window surfaces, original touches and fusion between glazing and panel, as well as the original styling of the boot, established new styling concepts for the sector. The frontal view recalls the characteristic elements of the Alfa Romeo image, given a decidedly "Bertonian" interpretation.

Bertone is presenting the "Delfino" at the Geneva International Motor Show, an elegant and sophisticated coupe on Alfa 6, mechanical parts.

Porsche, BMW, Mercedes, Jaguar and recently some major Japanese firms, have long shared a market segment which, despite the fluctuations in the general car market, has been in constant growth over the past few years. About 50.000 big coupes are produced each year.

These high class models have done well in all markets. Even in Italy where specific production policies and even a touch of political demagogy have damaged sales of cars with character. A regrettable trend in a country famed as the cradle of the G.T.

As a result of these industrial and political attitudes, the Italian sports car has almost completely disappeared from the production lines. But the market is still alive, in Italy and elsewhere in Europe.

The “Delfino” is Bertone’s expression of confidence is such products. They may be marginal in numerical terms but they are vital for the worldwide image of our auto industry. We at Bertone are convinced that firms like ours have the pleasurable duty promote and produce stylish products in small numbers.

The choice of Alfa 6 mechanical parts in the latest installment in a long tradition of Alfa Romeo – Bertone cooperation, a tradition that has produced some brilliant results over the years, Remember the Giulietta Sprint, the founder of the modern G.T. family back in the Fifties, the Giulietta Sprint Special and the 2000/2600 Sprint Coupes. More recently the Alfa Romeo Montreal had the misfortune to come out just as the energy crisis of 1973/75 reached its peak. Inevitably the Montreal was a victim of subsequent industrial policies.

The “Delfino” concept expresses Bertone’s deliberate choice of classic design criteria. “True”  sports cars like Miura, Stratos or Countach (all by Bertone!) or the Carabo and Navajo (both on Alfa Romeo mechanical parts) to an even greater extent, were the fruit of their era and represented magnificent peaks on the auto landscape of the Sixties and Seventies.

Today the Bertone “Delfino” is a new variation on the theme of the G.T. car, in response to the demands and expectations of European and even American customers. It’s worth numbering that a good 730.000 units of one typical American coupe, the Chevrolet Corvette, have been produced so far.

The volumes of the “Delfino” respect the proportion of the Alfa original interpreted with a remarkably restrained and modern line. This is clear if we compare the Delfino’s dimensions with those of the original saloon. Amazingly the “chassis” dimensions are unchanged though the track has been widened.

The Delfino’s large windows and characteristic Bertone “blending” of glass and steel as well as the original but effective treatment of the boot are significant features, representing a major advance in G.T. design. This is a car with a distinct personality, unique of its type.

At the front, the car reflects the typical Alfa Romeo image in a highly original, very Bertone interpretation. The overall impression is pleasant and compact in accordance with the deliberately sober design concept.