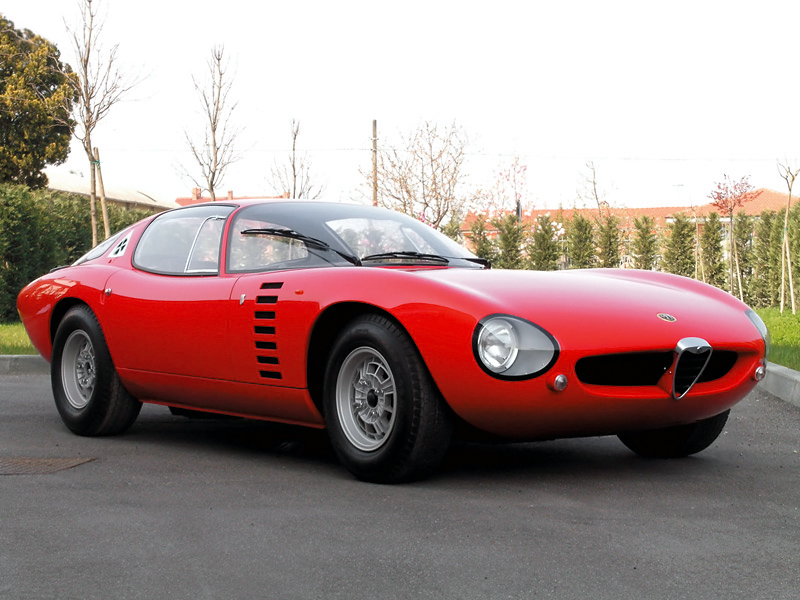 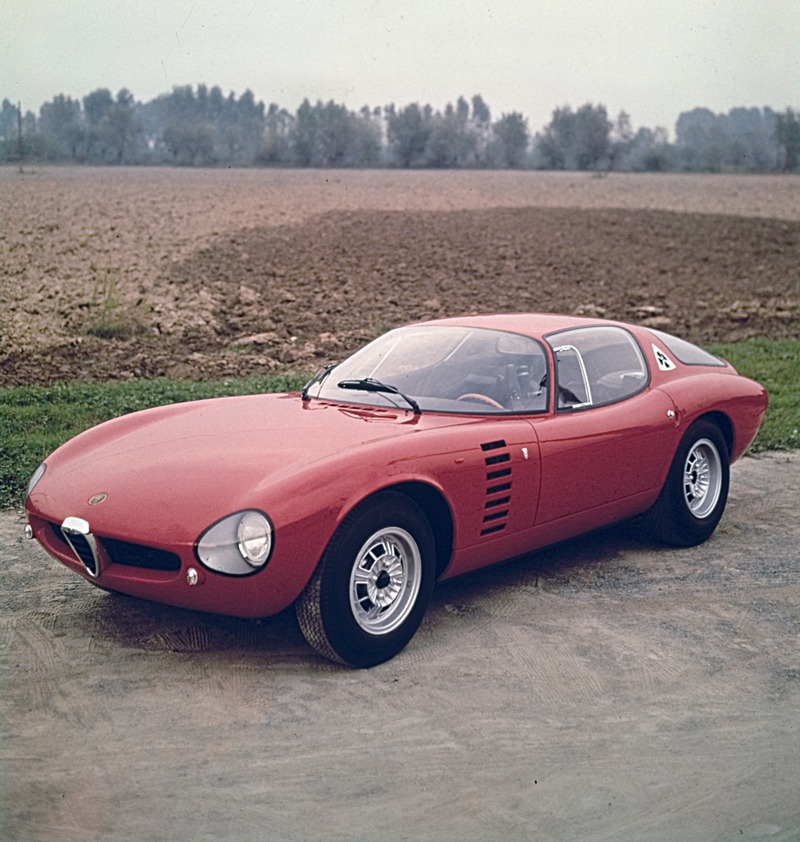 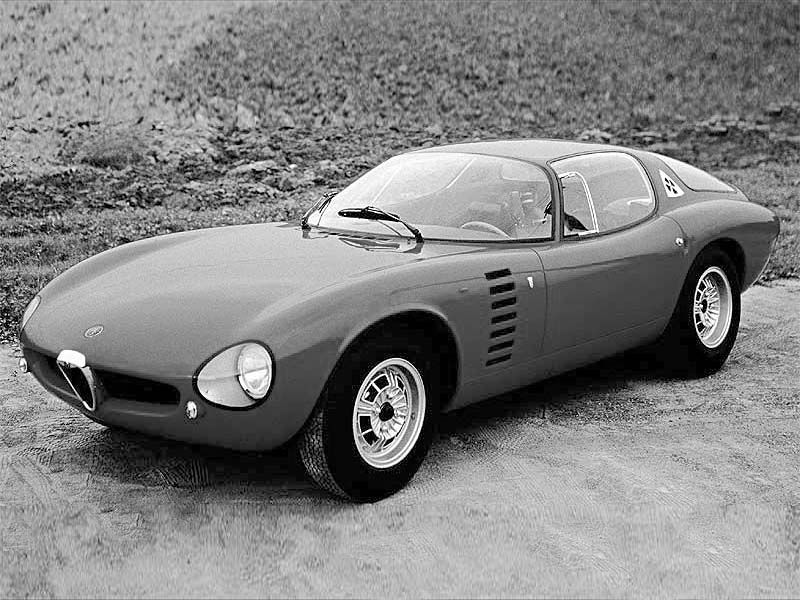 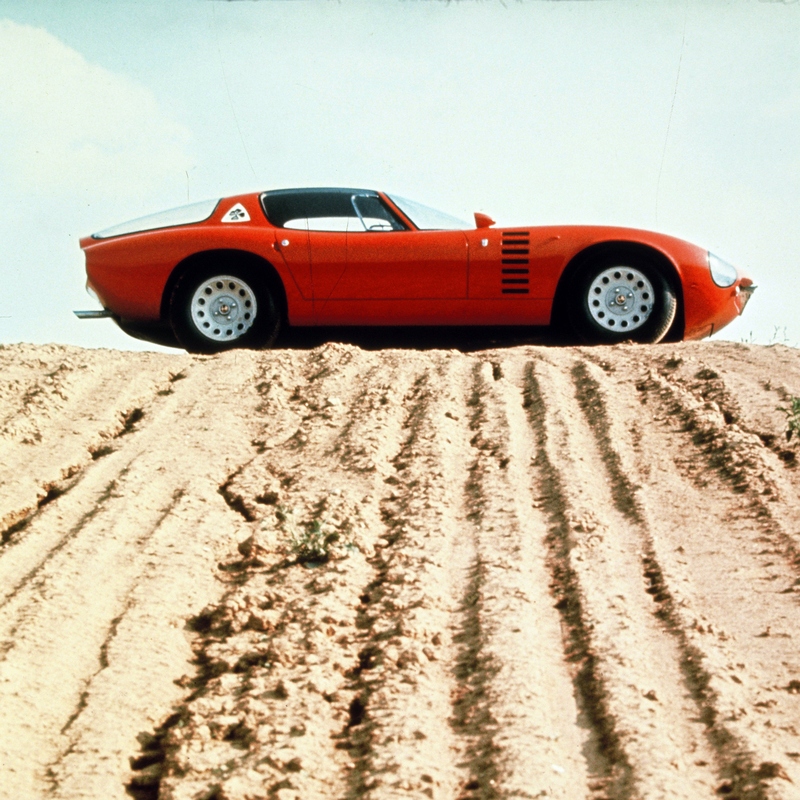 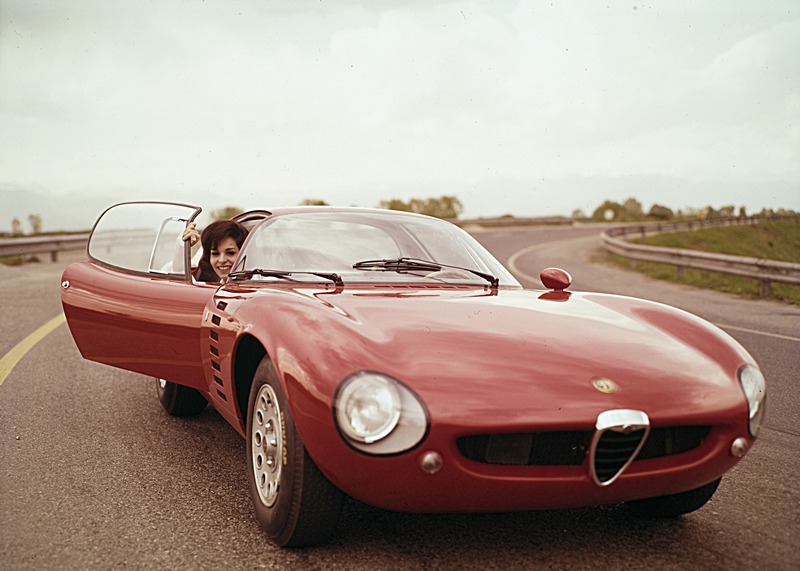 At the beginning of the 1960's the Alfa Romeo marque was one of the most popular brands on the market, and in 1964 Bertone was given the opportunity to create two extremely interesting prototypes. One of these, the Alfa Romeo Canguro, stood out as the more ambitious and innovative project. It was a racing interpretation of the Giulia TZ, with a tubular chassis, and is a clear demonstration of the Bertone skill of reinterpreting the stylistic elements of any model. The Canguro was an advanced exercise in style for Bertone, completely freed from manufacturing constraints. Extremely smooth and sinuous, with its window surface completely worked into the body and perfectly at one with the panelling, the Canguro was an attention-grabber for its balanced lines and some completely innovative styling features, which even now still hold their ground. The Alfa Romeo Canguro is one example of the great school of Italian car design which shot to fame in the 1960's.

Presented as a one-off at the Turin Motor Show of 1964, the Canguro is a coupe designed and executed on an Alfa Giulia TZ tubular spaceframe. The styling project offers a nuber of styling cues that had by now become typical of Bertone's Alfas: taut, powerful side panelling, muscular front and rear wings, bulky, cut-off tail with rear-shifted passenger compartment, almost as if to emphasise the scenic presence of the engine and give a visual forward impulse to the volumes. Over and above the styling, as always ahead of its time, the Canguro offered some surprising construction solutions, such as the windshield glued to the panneling, a were the other windows. The entire front part (bonnet and wings are integral) was hinged forward. The Canguro never went into production, but its influence was felt for years in the developments of Alfa Romeo brand identity.