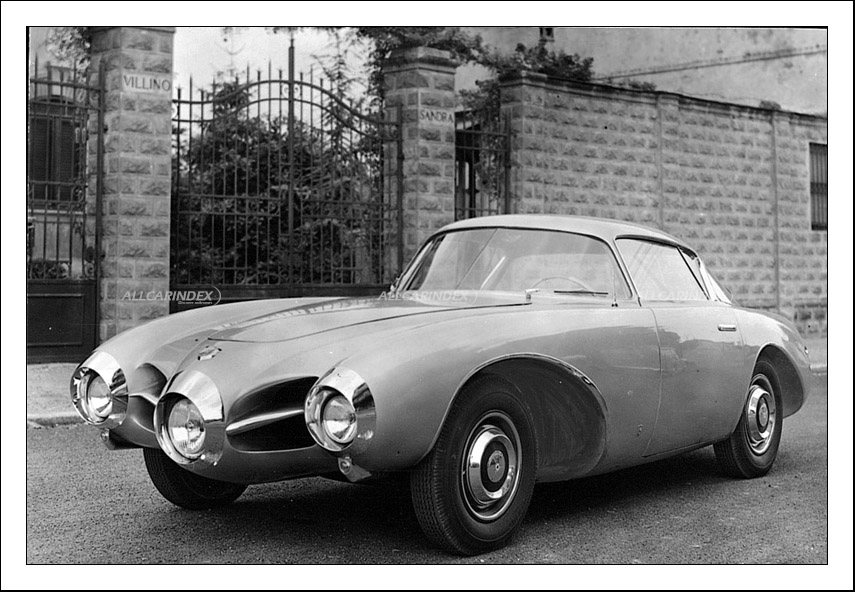 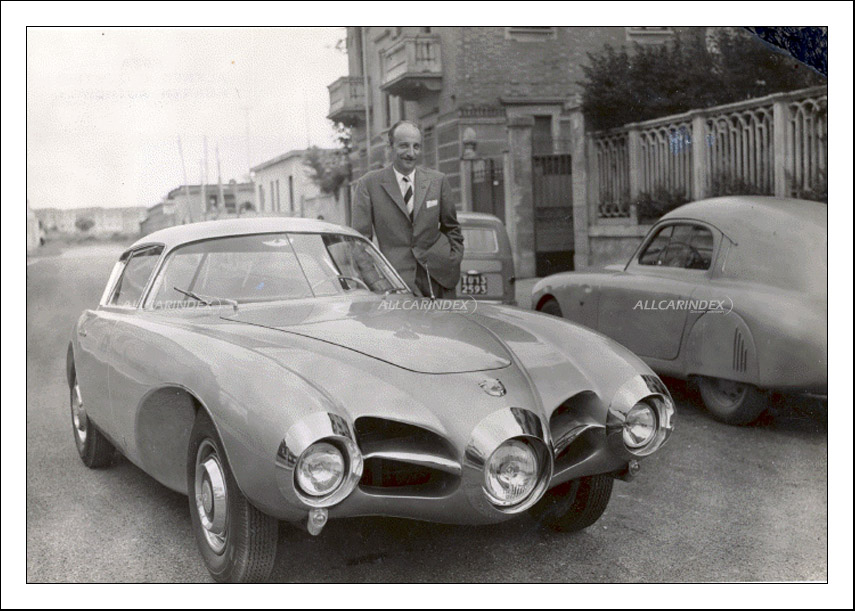 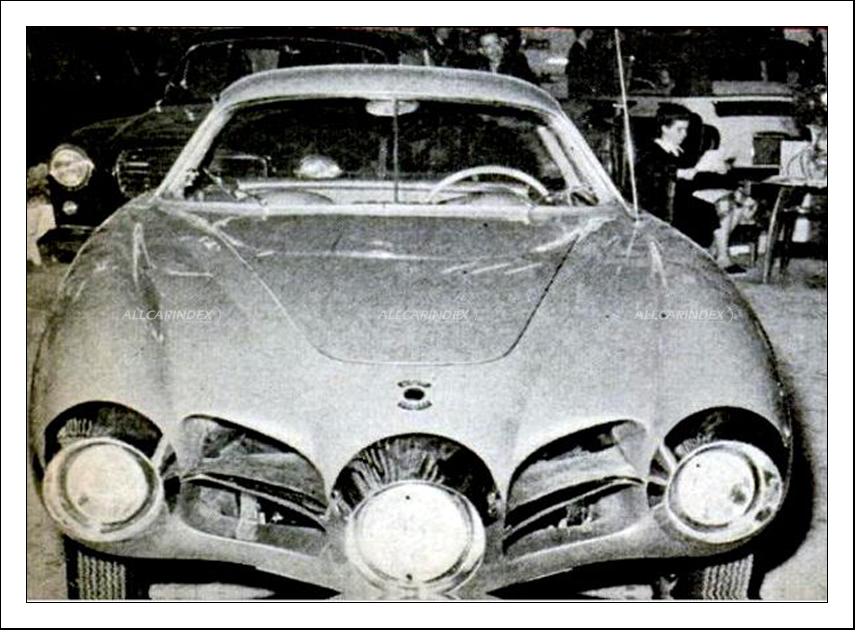 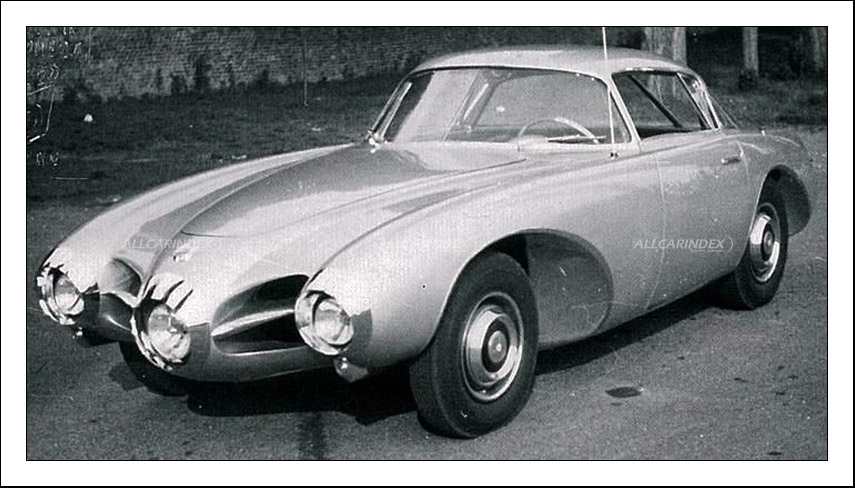 Standing out from the new models on show at the 34th Turin Motor Show in 1952 was the characterful Bertone coupé built on Fiat 1400 mechanics reworked by Abarth. The style of the Turin bodywork builder shines through, even in this almost excessively original version of the Abarth Coupé. The prototype stands out for its impressive front view, with the third central headlight reaching forward, and for the dynamics of the wheel arches which underline the car's sporty character. The large wrap-around rear windscreen and the interesting profile of the tail fins, which were taken all the way with the B.A.T. experiments (1953-1955) testify to the work which went into the lines of the car, and the focus on innovative elements which work perfectly together.