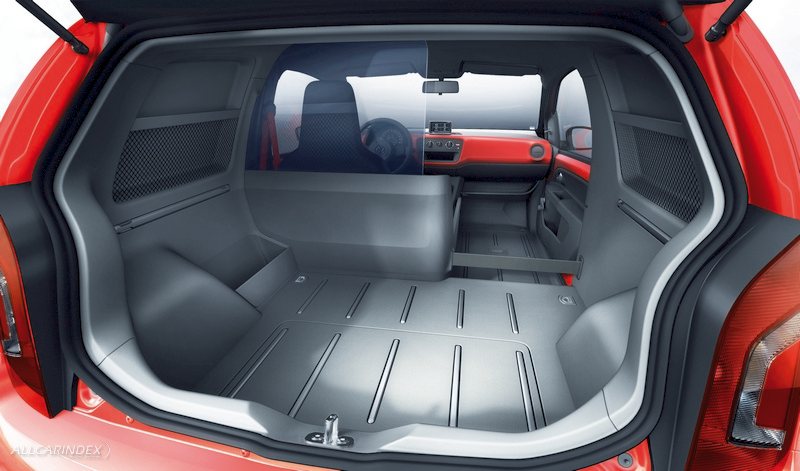 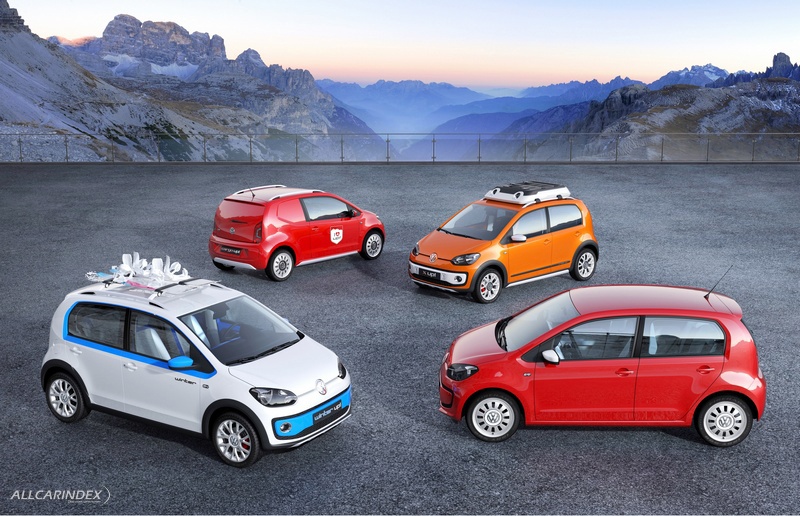 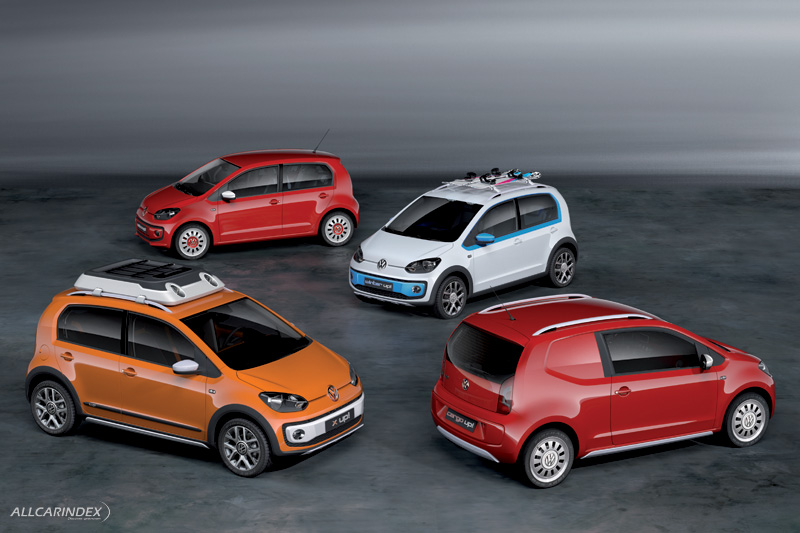 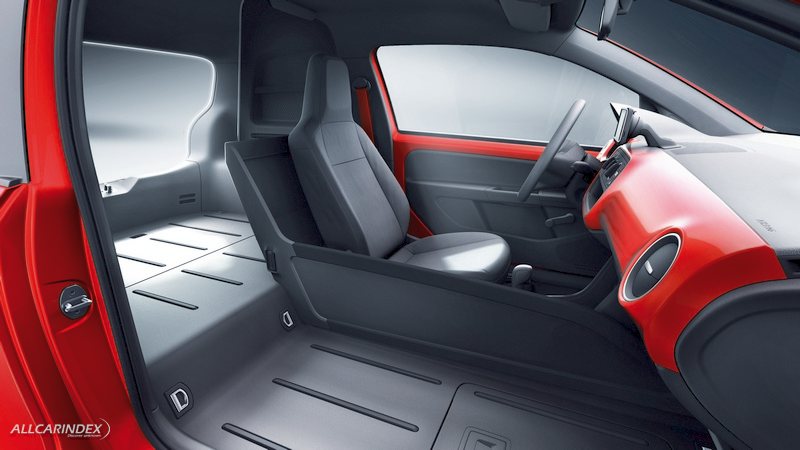 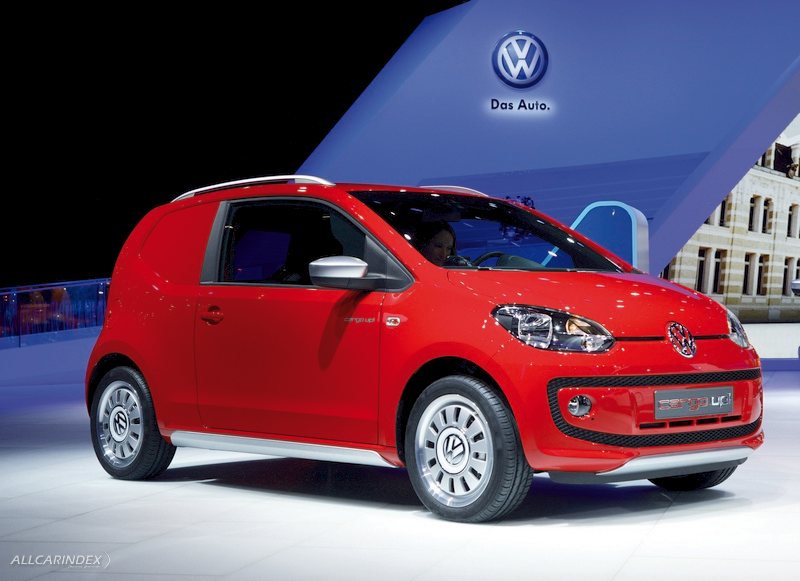 swiss up! pays tribute to hosts of the Geneva International Motor Show

Exterior is painted in colours of the Swiss flag

Interior in sophisticated leather and Alcantara with pockets for Victorinox knives

The up! is more than just a car, a model or an idea – each up! is part of a family, the New Small Family. And the family will grow. One potential offshoot is the swiss up! concept ...

Idea. An up! for Switzerland – the host country of the Geneva International Motor Show, the annual car show that kicks off the new automotive year. The swiss up! depicts the colours of the Swiss flag both inside and out. Red and white, clear and dominating: like the Swiss Alps.

Specifications. The paintwork of the four-door swiss up! adopts the basic red colour of the Swiss flag in its ‘tornado red’ exterior paint. The white ‘porcelain paint’ of the door mirror housings and wheel caps is a tribute to the flag’s white cross. The white and red of the exterior match the interior colours.

The ‘ceramique’ trim colour produces a bright and friendly atmosphere in the interior. The leather is also styled in ‘ceramique’ colour in the outer area of the seats, the rear head restraints and the middle of the rear bench seat; the seat surfaces (and grab handles in the roofliner) are upholstered with classic brown Alcantara. Running laterally across the centre panels of the front seat backrests is a narrow leather band in the Alcantara colour with contrasting white seams. A decorative element: the white cross of the flag. Worked into each leather band is a holder for a Victorinox pocket knife.

White, silk-like ‘porcelain paint’ adorns the dashboard, while the decorative bezels of the round air vents are painted in ‘tornado red’.

Off to the slopes:

Four-door up! with snowboard holder and ‘cool’ styling

Snowboard holder (for four boards) is available to order now winter up! is based on near-production IAA concept car, the cross up!

Idea. An up! with special features for winter sports: snowboards are mounted to the carrier on the roof rails, and then it’s off into the Alps. A compact front-wheel drive car with standard ESP that includes differential locks (EDS) which are extremely practical in the snow is ideal for the ski regions of the world.

Specifications. The winter up! is based on the four-door cross up!, which could conceivably become a production vehicle in the foreseeable future. The Volkswagen is painted in two colours: ‘pure white’ and ‘malibu blue’. The large body surfaces are painted in cool ‘pure white’, while ‘malibu blue’ is used as a contrasting colour for the impact surfaces of the bumpers, the door mirror housings and the seam that runs parallel to the side windows. Typical of a model based on the cross up! are the rugged exterior accents in ‘Anthracite’ with a satin effect (on wheel wells, side sills) as well as underbody protection at the front and rear.

It is very easy to operate the roof rail-mounted snowboard holder; the boards (up to four) can be released or stowed within seconds. Naturally, the whole unit can be locked. The carrier is also designed to carry six skis.

The interior colour matches the exterior colour precisely. The seats are upholstered in ‘peak white’ and ‘glacier blue’ and upgraded with an awesome embossed up! logo.

The globetrotter among the up!s:

x up! has a roof box with integrated searchlights

Robust side panellings protect the up! on off-road terrain

Idea. The up! as a globetrotter—a small car conquers the world. Just like the winter up!, the four-door x up! is based on the cross up!, which can go into production very quickly. One special element is the roof box with additional headlights fit for an expedition.

Specifications. Four doors, robust accents on the exterior (wheel arches and side sills) and a solid underbody guard in the area of the front and rear axles are essentially part of the basic equipment of the x up! In addition, there's a roof box, into which Volkswagen has integrated two powerful searchlights, attached via the base support of the roof railing.

The x up! is painted in “burned orange metallic”; the accents, impact surfaces of the bumpers and the roof box are designed in “anthracite” with a silky sheen. The surrounds of the search and fog headlights have been upgraded with chrome. Corresponding in terms of colour, the interior is individualised by means of hand-knit up! logos, two-tone door inserts, x up! door entry sills and a special gear shift grip.

The new cargo up!

For pizza and packages:

cargo up! was systematically designed for high transport capacity

Concept demonstrates how sharp a practical delivery van can look

Idea. How large should a city delivery be? Often, the answer is: not particularly large. Pizza express delivery, pharmacy delivery, social services visits, city express messengers – a small, versatile and inexpensive delivery van suffices for all these uses. Since a city delivery van is essentially a calling card of the company deploying it, the van has to attract attention as well – attract positive attention, and with a great design (the up! was just awarded the ‘iF product design award 2012’). This is how the cargo up! came into being – a likeable, inexpensive and useful small vehicle with a seat for the driver and lots of space within a minimal interior footprint (3.54 x 1.64 m). As customary for a delivery van, all the rear windows have a dark tint and are painted in body colour on the outside (here: ‘tornado red’).

Specifications. Similar to the look of the cross up! shown at the IAA in autumn of 2011, the cargo up! is equipped with underbody protection, front and rear, and its sides have sill trim panels. As with the cross up!, there is also a roof railing. Inside, the cargo up! has been emptied except for the driver seat and the cockpit. This has created a flat cargo floor both on the passenger's side and in the boot. Safety is ensured by a baggage protection feature behind the driver (up to shoulder height as part of the backrest and, separately, at head restraint height made of plexiglas) and a mesh beside the seat as well as lashing points on the floor and in the side walls. There is also a fastening system for tools and shipping crates. In addition to the standard storage bins in the centre console, the doors and rear side trim, more storage compartments – such as for documents, invoices and orders – are located to the right of the seat in two huge fabric-covered pockets. The dash pad painted in ‘tornado red’ adds colour contrast to the dark interior (black metallic colour ‘Nano’ for loading areas and black artificial leather with neoprene look for the seat). Also designed in red is the driver’s safety belt.

Data. The load volume of the cargo up! has expanded compared to the standard model, from 951 to a total of 1,400 litres. There are two storage bins in the cargo floor, each closable with a lid, one on the passenger side (23 litres) and one in the boot (46 litres). The cargo up!, which can reach a speed of 160 km/h, is powered by the entry-level engine (44 kW / 60 PS) of the model series. Combined fuel consumption: 4.5 l/100 km (equivalent to 105 g/km CO2). The ride height of the city delivery van has been raised by 15 mm; it weighs 929 kg, and it can handle a payload of 426 kg – that ought to be enough for any number of pizzas and packages.