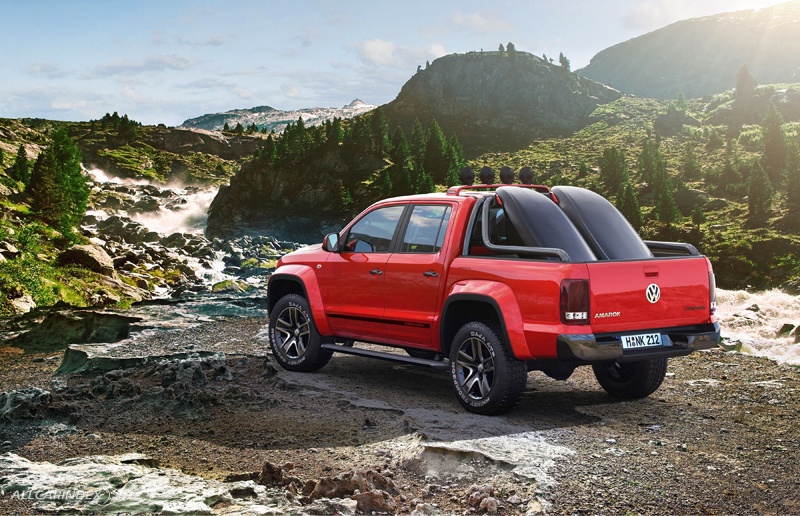 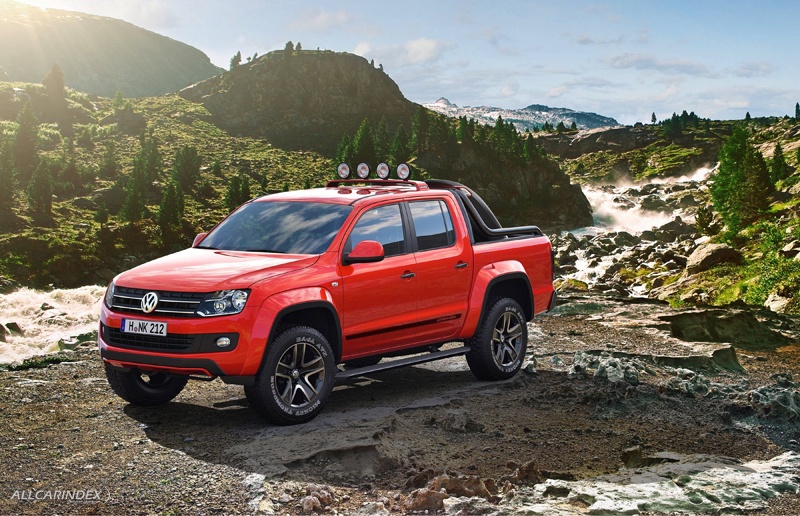 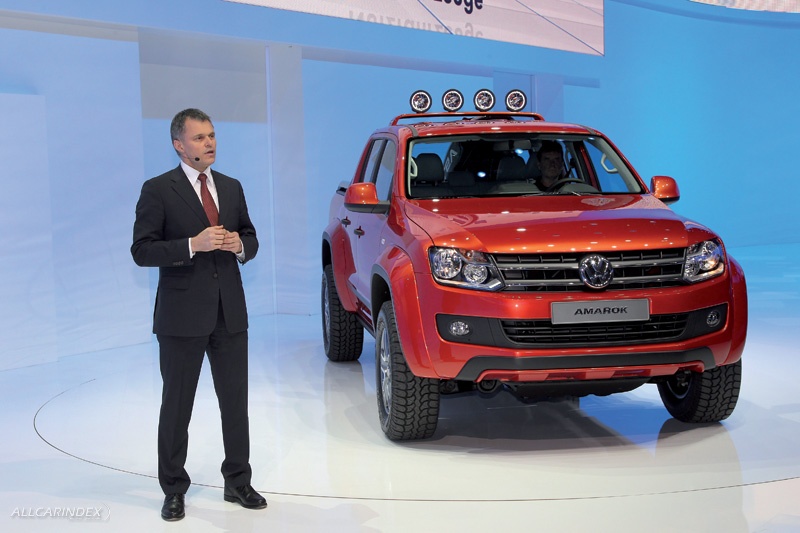 Volkswagen Commercial Vehicles is presenting an extreme version of the successful Amarok pick-up at the Geneva International Motor Show in the shape of its Amarok Canyon concept vehicle.  Specially configured for the popular extreme sport of ‘freestyle kayaking’, this impressive show car illustrates how versatile pick-up configurations can be created.

All aspects of the Amarok Canyon concept being shown in Geneva are designed to meet the requirements of this extreme sport – from the pick-up’s running gear to details of the cargo box. “We are using this extreme concept to illustrate one of the many diverse uses of the Amarok. By tuning its design to an extreme sport, we are bringing the original DNA of the Amarok into focus,” emphasises Dr Wolfgang Schreiber, spokesperson for the Board of Management for the Volkswagen Brand and Head of Development at Volkswagen Commercial Vehicles.

The concept vehicle is significantly taller and wider than the production Amarok, and its colour is also more exotic.  The pick-up’s body, which shimmers in the three-layer effects of its bright ‘Baladi Orange’ paint, was raised by 40 mm with a body lift kit; and when the tyres are included, the concept is a full 85 mm taller than the production model.  The freestyle pick-up also has auxiliary headlights mounted on its roof, and additional visual accents are provided by the smoked rear lights and the colour-contrasting underbody protection. Two electrically deployed tread plates make it easy for all occupants to step into and out of the vehicle, despite the raised ride height.

The tread plates were designed to be visually unobtrusive, and they retract when the vehicle is moving to maintain the standard Amarok Canyon’s traditional high level of off-road capability.  As noted, the concept car’s width has also increased to accommodate outdoor activities. The wheel housings were widened by 35 mm on each side to make room for the big AT tyres, size 275/65 R 18, mounted on ‘Durban’ type wheels painted in ‘High Gloss Adamantium Dark’.

The two carbon fibre kayaks are securely mounted to the cargo floor: at the rear, the floor is designed with two formed cut-outs with soft padding, while the kayak bows are mounted on a styling bar in ‘High Gloss Adamantium Dark’ with straps for firmly securing the boats. The paddles are firmly latched in place on the inside surface of the easy-to-operate tailgate, ready to grab. All other gear – white-water helmets, flotation devices and rafting shoes – are also stowed securely: the helmets in nets on the front wall of the cargo bed, and the rest of the gear in smaller boxes that can be locked with watertight lids.

Inside, a special colour scheme was used with many details and new accents. The leather seats have two-tone styling: the seating surfaces are in ‘sterling’ colour, while the head restraints and side supports are elegantly offset in ‘adamant’ colour. The decorative seams on the seats take on the orange-red colour of the body. This colour is also reflected in numerous other details such as in the seams of the three-spoke steering wheel and gear shift lever trim, the safety belts and the air outlets. Housed in a cowl in the cockpit are three auxiliary instruments. They show the climbing and tilt angles of the Amarok, which gives the driver key information for extra safety on extreme off-road drives.

To enable maximum off-road capability, the Amarok concept vehicle is powered by a torque-strong 2.0 TDI bi-turbo with 180 PS, which provides a maximum torque of 400 Newton metres over engine speeds ranging from 1,500-2,250 rpm.  The switchable 4MOTION all-wheel drive system – together with a reduction gearbox and differential lock at the rear axle – ensures effective power transfer to the wheels even in the toughest off-road conditions.