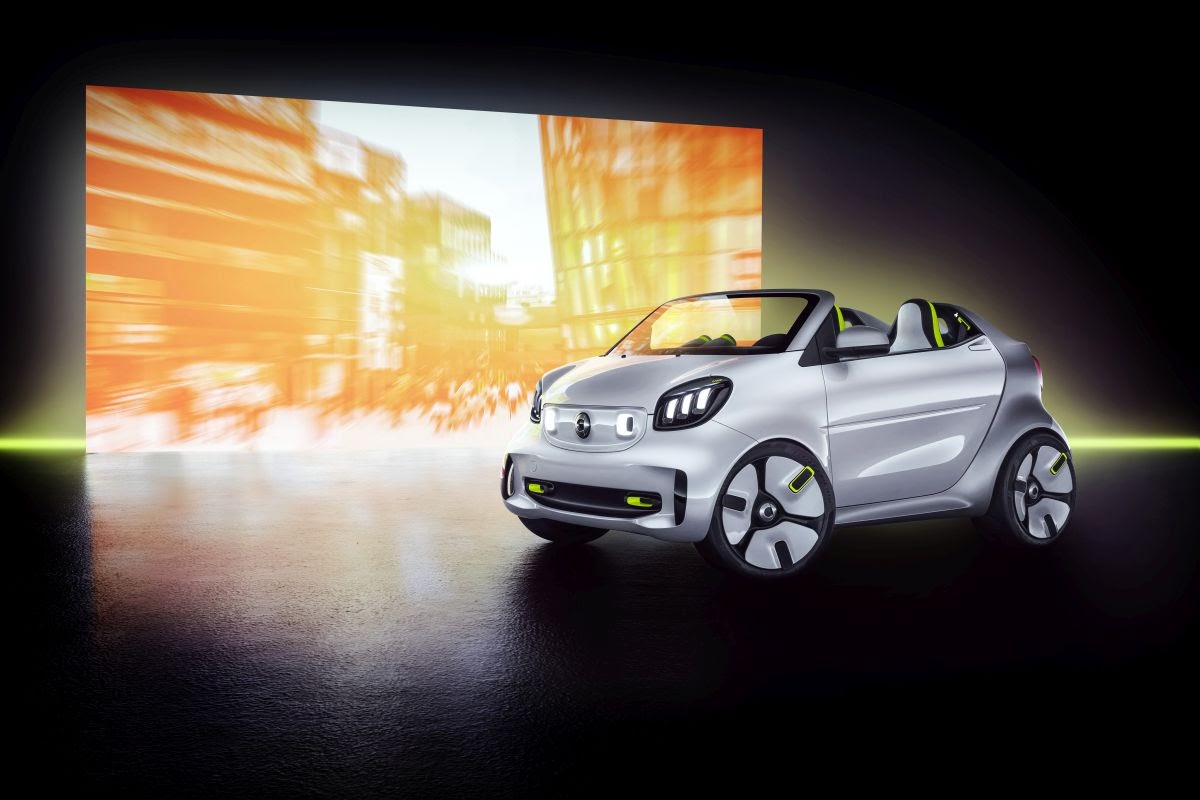 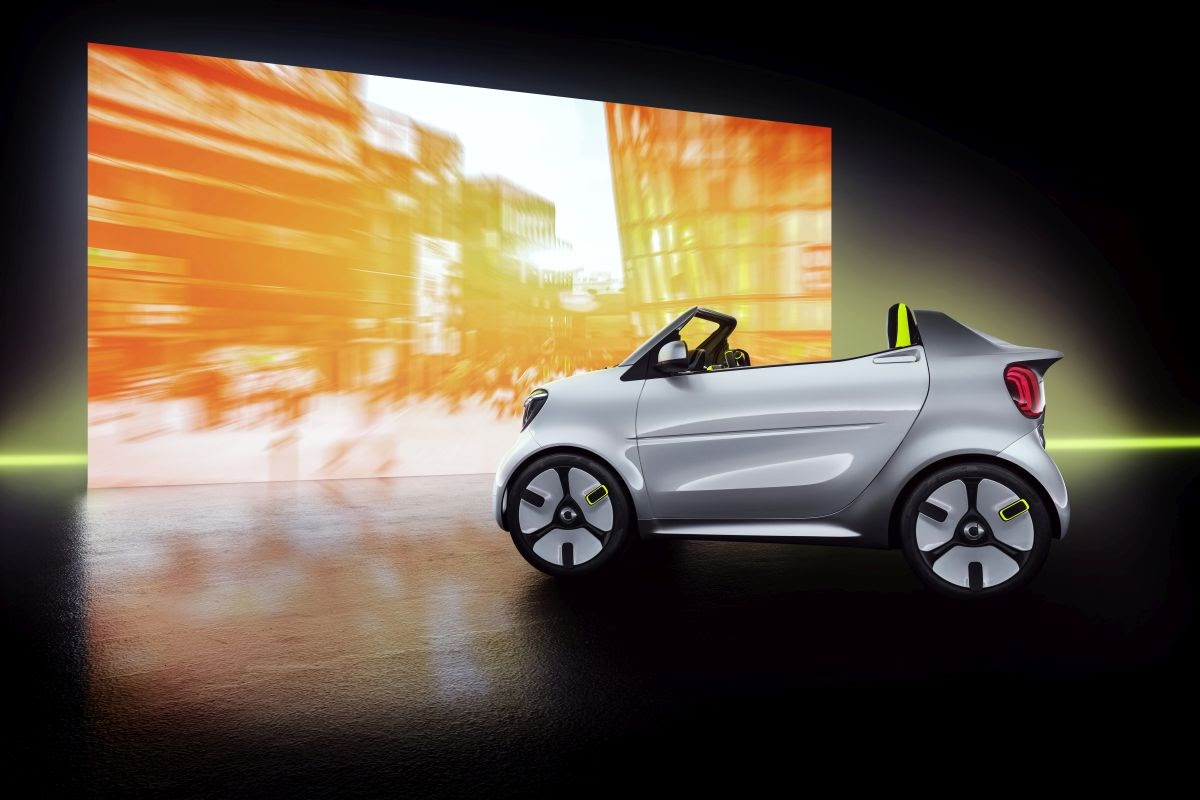 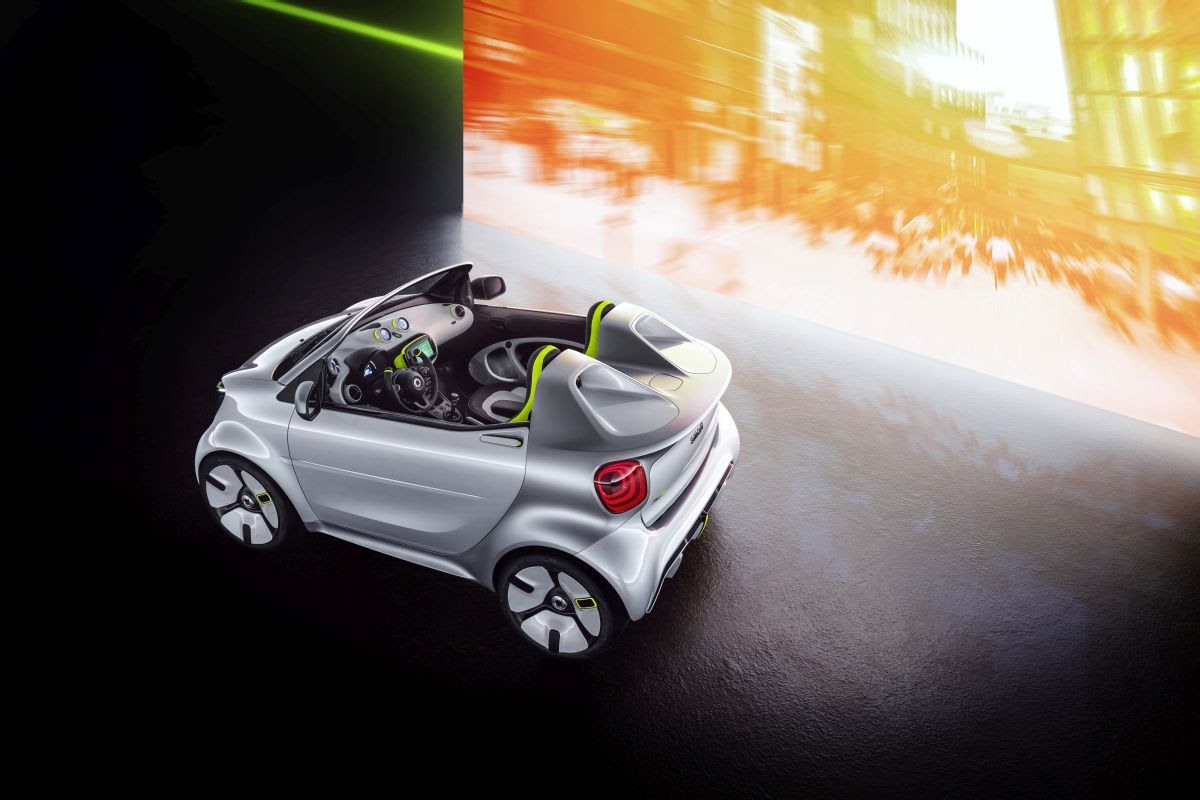 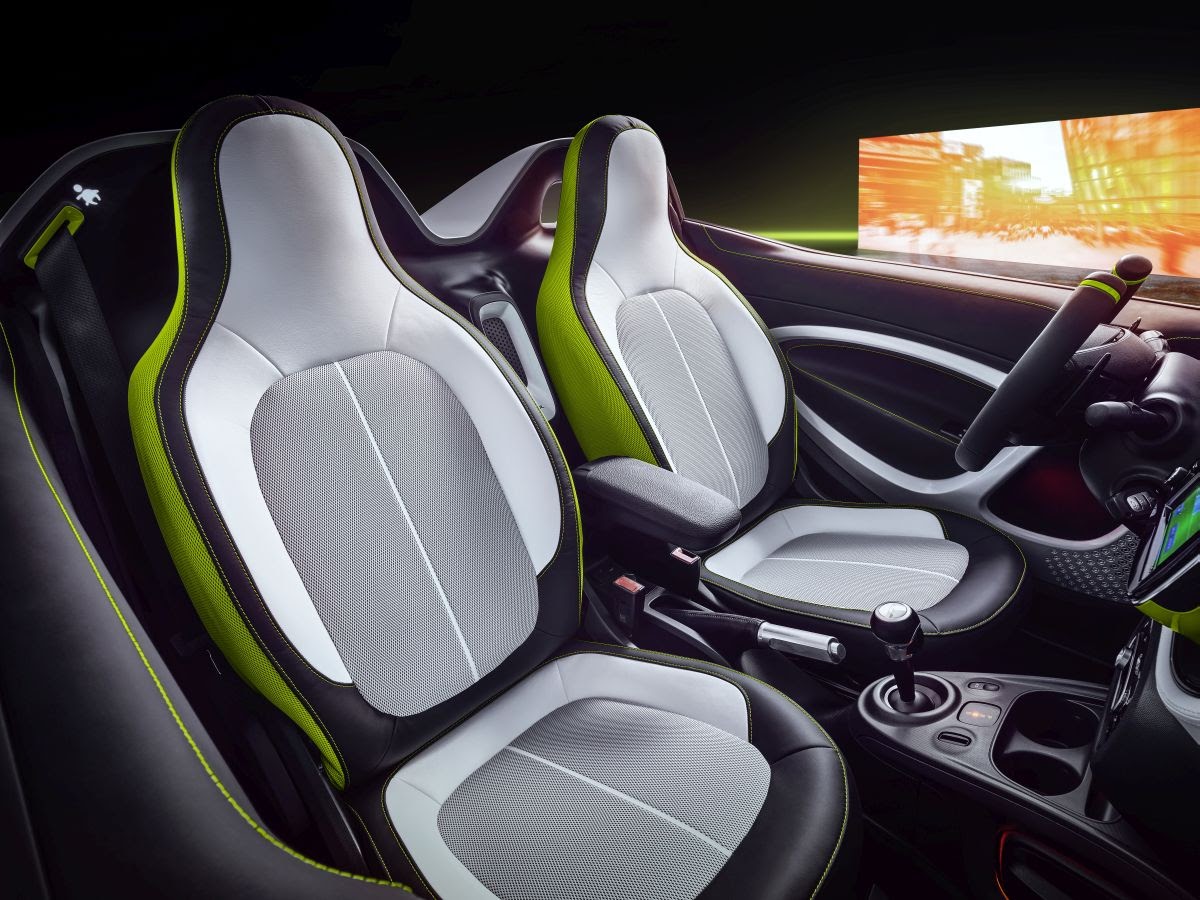 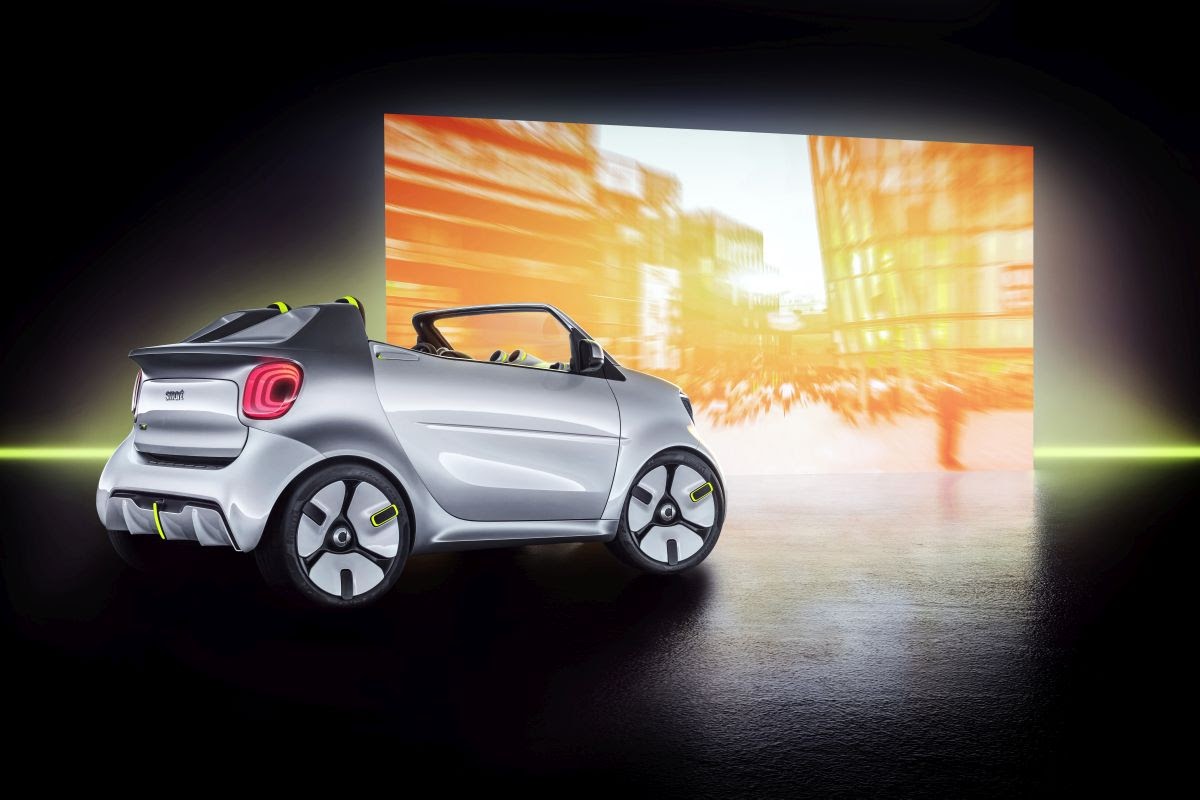 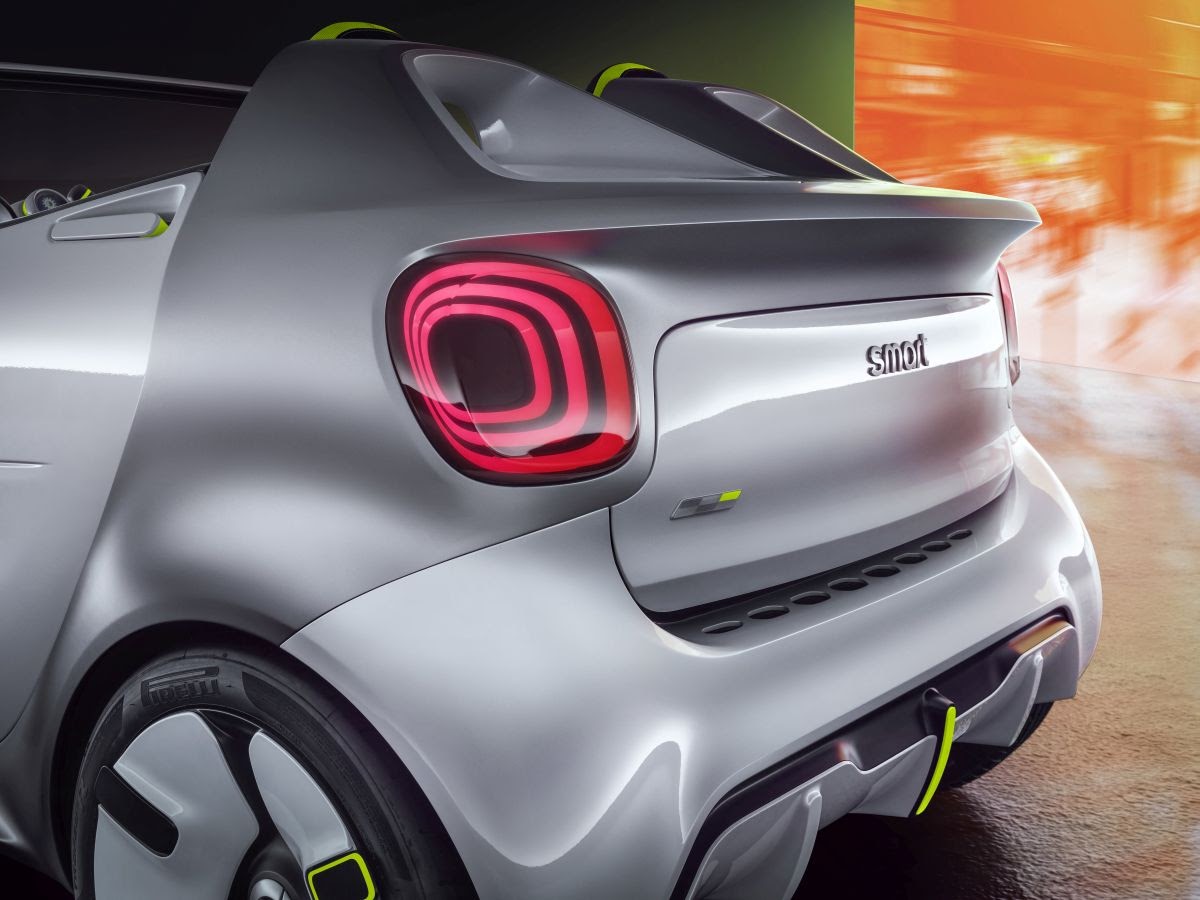 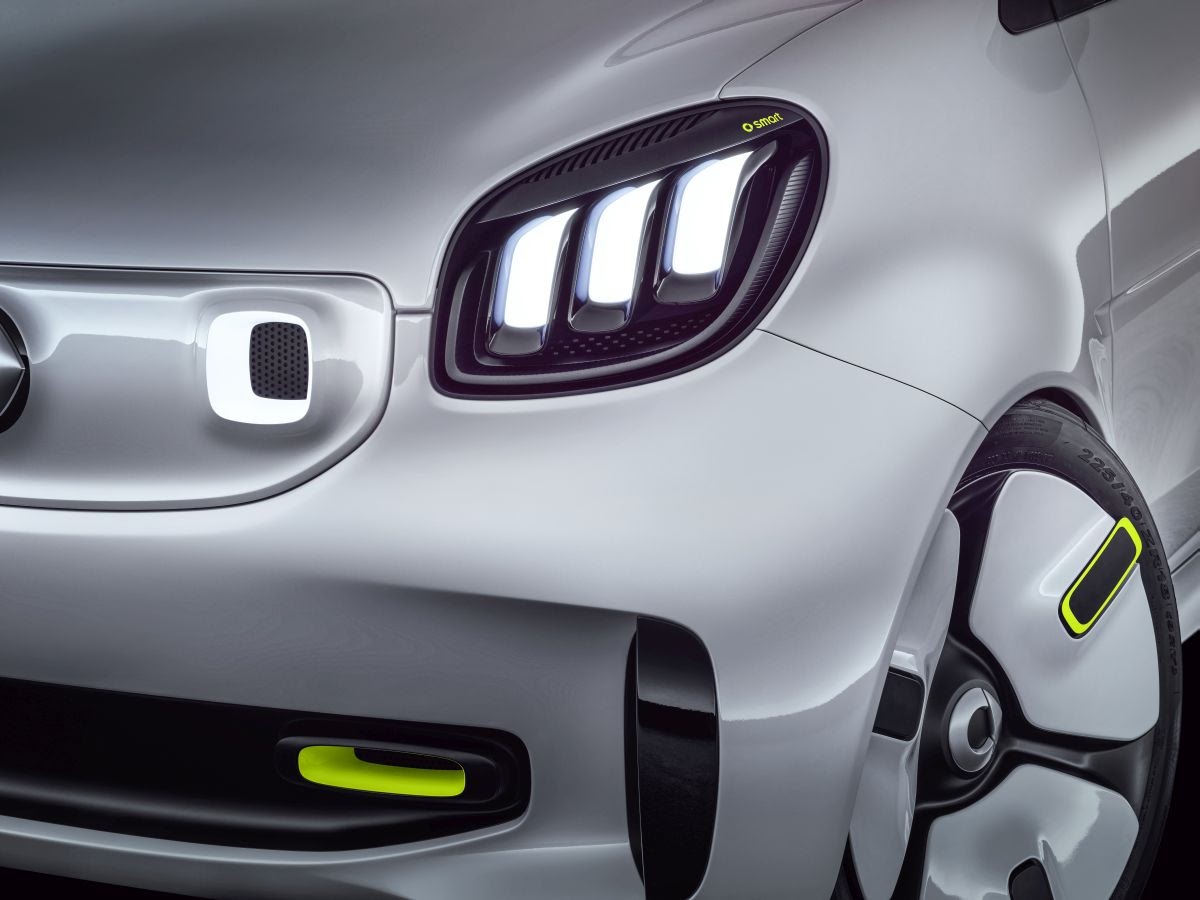 smart forease: As uncompromising and fresh as the brand

Stuttgart/Paris. smart celebrates its 20 anniversary at the Paris Motor Show (4 to 14 October) with a show car that interprets and embodies urban driving fun in a refreshing way. The smart forease is extroverted and offers an uncomplicated solution for urban mobility. Seated under the open sky, the driver is at the centre of the hustle and bustle of the city, in which, thanks to the electric drive, they can freely participate. The openness and minimalistic style are a tribute to the pioneering smart concept vehicles "crossblade" (2001) and "forspeed" (2011).

Everyone knows that smart is practical. That smart is cool will be made clear to visitors at the Paris Motor Show by the smart forease show car. Reduced to the essential, it is uncompromisingly open, pays no heed to convention and is, of course, powered by an electric powertrain. It takes up the original motto of smart, reduce to the max, with a twinkle in its eye, standing for the authentic urban mobility that continues to be the underlying concept behind the brand.

Both the smart brand and the smart forease stand for emotionality, lifestyle and attitude. The vehicle owes its unconventional beauty to the opening of the interior to its environment, the absence of a roof and the shorter windscreen. With its radiant, dramatic metallic-white and colour accents in "stream green", the smart forease promises a carefree driving experience, freed from convention, yet in harmony with its surroundings.

"The smart forease embodies a refreshingly simple form of driving fun in the city, standing for urban electric mobility without compromise – because, if in doubt, smart always opts for a consistent approach. The result is a sustainable driving experience built on freedom," says Katrin Adt, new Head of smart from October.

"The smart forease is proof that smart thinks unconventionally. Its design is reduced and pure," says Gorden Wagener, Chief Design Officer, Daimler AG. "The smart forease is a statement of urbanity and individual style. It has the coolness of the metropolis and demonstrates a truly free spirit."

The design: uncompromisingly open based on the smart EQ fortwo cabrio

The designers bring the smart brand aesthetic to life with the smart forease, creating a light-heartedness that results from the unconventional approach typical of smart (ease by being unconventional): unconventional beauty, lightness and energy (energizing lightness) are achieved by reduction to the essential (clever reduction).

Like the concept vehicles "crossblade" (2001) and "forspeed" (2011) before it, the smart forease pays no heed to the convention that a car generally has a roof. It is open to the sun's rays and the wind, allowing its passengers to enjoy a liberated and pure driving experience. The shorter windscreen offers little resistance to the headwind.

The smart forease cleverly focuses on what is essential for urban driving enjoyment. Its manoeuvrability and relaxed openness exert a liberating and invigorating effect on the occupants. Safety comes courtesy of the two domes behind the seats.

The door handles, which are seamlessly recessed in the door, make for an elegant touch. The smart forease has a paint finish in effect-rich metallic-white. This offers a subtle contrast with the matt-silver Tridion cell and the brilliant "stream green" accents both inside and outside. Some of these are instantly noticeable, such as the contrasting green decorative seams on the upholstery, the green border around the media interface and the "stream green" contrast surfaces on the sides of the seats. Others become apparent at second glance from certain angles, such as the green honeycomb look inside the air vents plus further details on the headlamps and wheels.

The open vehicle concept produces a link between exterior and interior, the entire play of colour being at all times in evidence. The interior therefore contributes to the exterior impact of the vehicle. This is also reflected in technical details in the interior. A particular feature is the two round displays in place of centre air vents in the instrument panel – as if there were not already enough fresh air! The displays can be used, for example, to present content from the "ready to" app, which allows the driver to share their smart with friends or to monitor its functions. The speakers of the audio system, which provide a perfect sound for listening to music or making phone calls, are visibly integrated in the rear wall of the cockpit, emphasising the car's cool, playful character.

The smart forease is based on the standard-production smart EQ fortwo cabrio and can therefore be driven. It is a tribute to the two earlier concept vehicles crossblade (2001) and forspeed (2011).

It also affords a preview of the electric future of the smart brand. smart is the first automotive brand with its sights set on a systematic switch from the combustion engine to the electric drive: since 2017, smart has been selling only electric vehicles in the USA, Canada and Norway. From 2020, it will be marketing only battery-electric cars in Europe, too. The rest of the World is due to follow soon after. The smart forease makes it clear that electric cars for use in the city will be anything but boring.

This is an area where only few concept vehicles have succeeded: unveiled at the Geneva Motor Show in 2001, the "Crossblade" show car met with such an overwhelming response that smart decided to go into series production with it. From 2002, a small batch of 2000 units was characterised by total openness. The smart crossblade had no doors, roof or windscreen. Its driver was able to drive through the countryside under open skies with the wind in their face for an incomparable driving experience. A narrow, tinted wind deflector, extending across the cockpit area, was all there was to counteract the headwind.

2011: smart forspeed is open and electric

Ten years after the crossblade, smart unveiled another open concept vehicle. The smart forspeed was not intended for series production, but as a radical forerunner of the smart electric drive, which was to come out just a few months later. The forspeed combined contemporary urban mobility with the typical smart fun factor. With no roof or side windows, the two-seater featured a low-profile wind deflector instead of a windscreen in the style of a classic propeller aircraft. The result was an incomparable fresh air experience. Further driving pleasure was guaranteed by the responsive, further-developed electric drive with boost function.