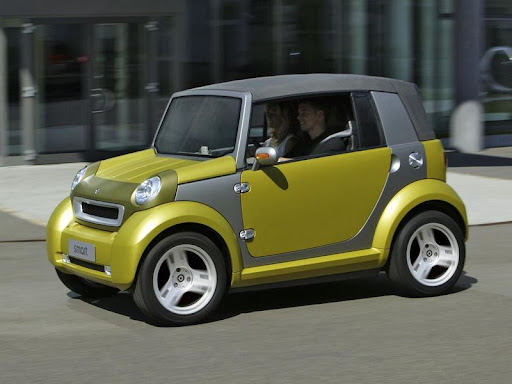 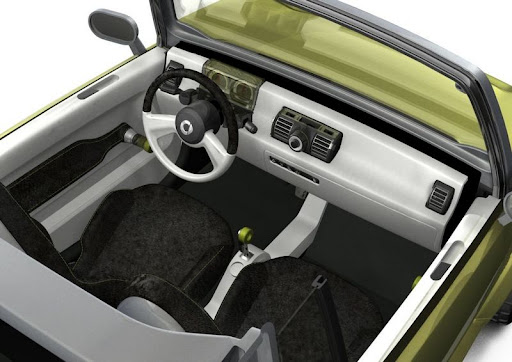 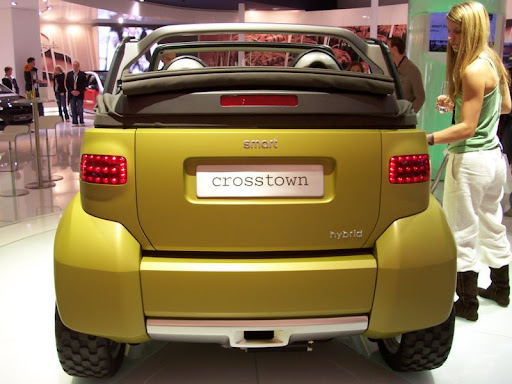 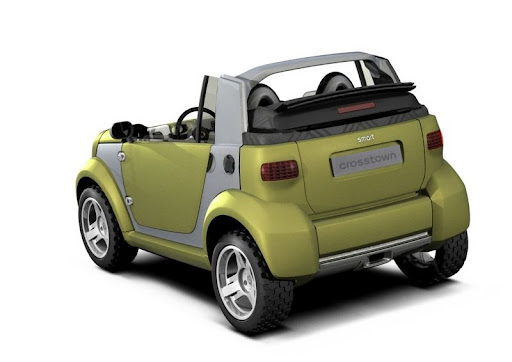 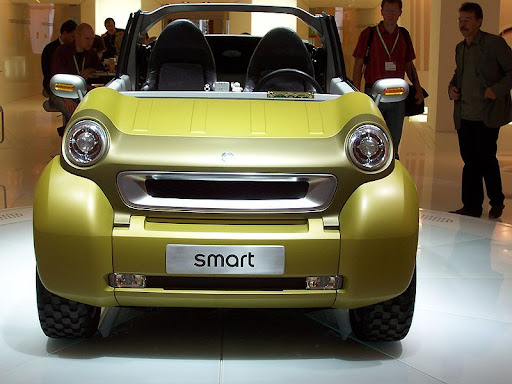 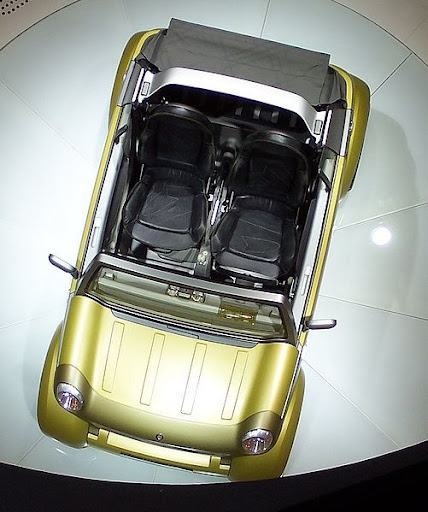 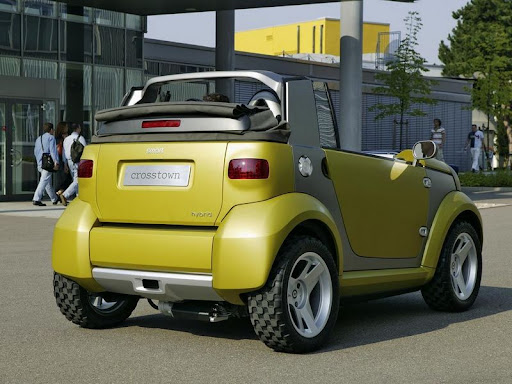 Though there's no denying its close relationship to the smart fortwo, this show car seems to have been designed with quite different uses in mind. However one thing is clear: the smart crosstown demonstrates just how much is possible on the basis of the smart fortwo, and shows that the fortwo's unique concept still harbours a great deal of potential.Its close relationship to the ultra-short two-seater can be seen not least in the compact dimensions.

With a wheelbase of barely 1.90 metres and short overhangs (40 centimetres at the front and 39 at the back), the smart crosstown has an overall length of just 2.68 metres, with a width and height each of around 1.58 metres. For purposes of comparison, the smart fortwo is 2.50 metres long, with a wheelbase of 1.81 metres. It has a width of 1.51 metres, and is 1.55 metres high.

With features such as a stowaway windscreen, the smart crosstown seems at first to have much in common with an off-roader. However, it is on the streets of the big city (although not exclusively) that it feels most at home. In other words, the smart crosstown has the same area of application as the smart fortwo. But there's a difference: because of the puristic way in which the vehicle concept has been interpreted, this car turns every drive into an urban jungle adventure.
While the smart crosstown show car has a distinctive character all of its own, the defining features typical to a car made by smart are immediately apparent. One such key feature is the tridion safety cell, which is made from high-strength steel and which, in the case of the smart crosstown, has been coated with matt titanium. The contrasting bodypanels (the smart crosstown's are in matt metallic green) follow the smart principle of using two different materials in two different colours. That's just one of the features that make smart cars – including the smart fortwo and the smart forfour – stand out from the mass of other vehicles on the road.

In addition to the smart crosstown's extremely unconventional design, the vehicle's steeply-angled windscreen is a particularly striking feature. The vehicle becomes even more striking when (once the electric convertible roof has been opened) the front windscreen is removed and stowed right away underneath the front lid. smart's intention of making technology visible is backed up by a number of appropriately-positioned functional elements: the side doors for example, like the front lid, have their hinges on the outside.

Totally new interpretation of features reveals great scope for design freedom
The interior of the smart crosstown is not just characterised by features that already appear in the smart fortwo. It also includes a whole series of features that have been completely reinterpreted. On the one hand, this goes to show just how much creative scope this concept represents. And on the other hand, the interior of the smart crosstown gives an initial indication of how an instrument panel might look that meets US standards, while still retaining smart's characteristic sense of spaciousness.

Following on from the presentation of a hybrid drive concept for the smart fortwo at the 2001 Frankfurt Motor Show (IAA), smart is now presenting a complete vehicle with hybrid drive: the smart crosstown. This show car demonstrates that smart has the potential to offer environmentally-friendly drives not just in the present, but in the future as well. And what's more, it shows that it is possible to have the best of both worlds: low fuel consumption and a high degree of driving pleasure.

Designers spent a week in a creative workshop considering how the successor to the smart fortwo coupé and the fortwo cabrio might look. This workshop yielded a large number of sketches and blueprints suggesting possible variants for the smart fortwo of the future. The idea for the smart crosstown show car is based on a sketch produced at this very workshop.

First of all, on the basis of the sketches produced, a 1:4 clay model was constructed in the design studio, and this was later followed by a functional model showing not just the design, but also the functions of the new vehicle: for example the convertible roof and the stowaway windscreen. After it had been decided that this was the vehicle that was to be presented as a show car at the IAA, work commenced in April 2005 on constructing an exterior and an interior clay model on a scale of 1:1.

Once the final decision had been taken regarding the appearance of the vehicle's exterior and interior, the designers finally commenced construction of the smart crosstown show car itself. By the end of August, the work was finished. The smart crosstown was now complete, and ready to go for its film and photo shoot. Even in the studio there was no doubting this was a show car that was going in a totally different direction from the smart fortwo. Which just goes to show just how much can be achieved on the basis of the radical smart fortwo concept.