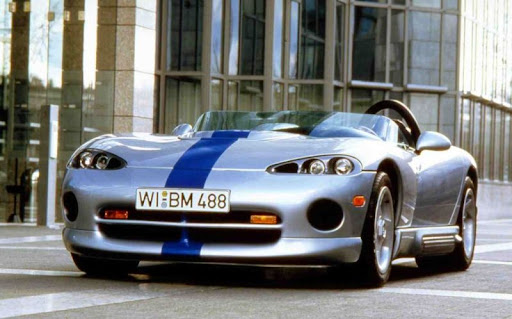 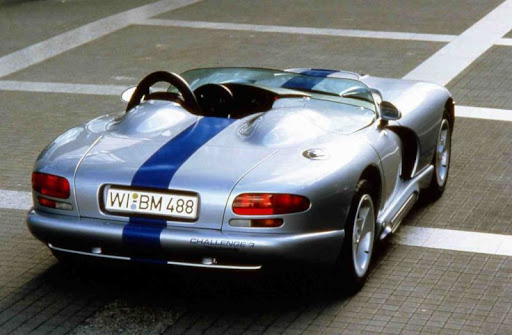 Racing version of the Chrysler Viper by Michalak-Design

Even as a standard model, the Chrysler Viper has the flair characteristic of motor sports:

Its form has a dynamic appearance from all sides;

The engine is extremely powerful;

Its chassis and technical equipment are readily accessible and easy to modify.

This is why the Michalak-Werkstudio is presenting the evolution of the Viper in Geneva as the racing version CHALLENGE/R, which can also be made available in the form of a kit for customising at a later date. This is ideal for starting up a Challenge racing series and a logical step toward customer sports, since this is the only way to let the Viper's potential really come into its own.

Its name combines the challenge of winning a sports trophy with just the right touch of tradition, since the Challenger was the sportiest model in Chrysler's entire line back in the 1970's.

The modifications are typical of the high level of quality for which Michalak-Werkstudio in Mainz near Frankfurt is known:

stylistic evolution in the balance between form an function, and

The prototype of the CHALLENGE/R is a study intended to sound out the level of interest in a modified Chrysler while at the same time demonstrating to the industry the Michalak studio's high standard of design and prototype construction. This is why it is meant to be convincing on the merits of its sensible concept in the highest possible quality rather than merely as a showpiece.

An interview with Bernd Michalak, designer and head of the Michalak-Werkstudio:

Mr. Michalak, why is your studio exhibiting a sports car study based on an American model this year?

Last year, we exhibited an aluminium body based on a Ferrari. That was a very classic combination of a featherweight tube frame and an avant-garde form - a synthesis of European tradition, innovative design an high-tech components.

At present, the best ideas are again coming from America, particularly from Chrysler. The Viper is a link between the unattainable vision an the fulfilment of nearly-forgotten childhood dreams - and they always involve sports an competition.

Our studio intends to use the CHALLENGER/R to broaden the sports dimension without altering the suitability of the Viper for everyday use - a kind of customising which created widespread enthusiasm for motor sports as early asthe 1950's and 1960's.

For as long it is customised, the CHALLENGE/R is an uncompromising sports car:

* It has no roof at all.
* Its cockpit and windshield have been designed with the driver in mind.
* The passenger's side can be closed with a sturdy cover against strong turbulence in the interior of the vehicle.
* Strong roll bars and four-point seat belts ensure safety.
* The motor and the brakes are provided with additional ventilation.

The most striking thing about this car is that you are still allowed to drive it on the streets even when it has been customised and, to top it all off, it can also be converted back into its original condition at any time.

How many cars do you think you will be able to sell ?

The CHALLENGER/R is an approved prototype. If desired, it can be made in small job lots. A kit which would allow selected, specialised dealers to pre-customise the car, however, would also be worth considering.

Our company intends to demonstrate the services which the Michalak-Werkstudio has on offer - going beyond prototype construction for industry: we design, develop and produce car accessories and prototypes on a commission basis. In doing so, we offer extensive customer support from the conception and development up to marketing, our slogan being: absolutely on schedule with trend-setting quality.