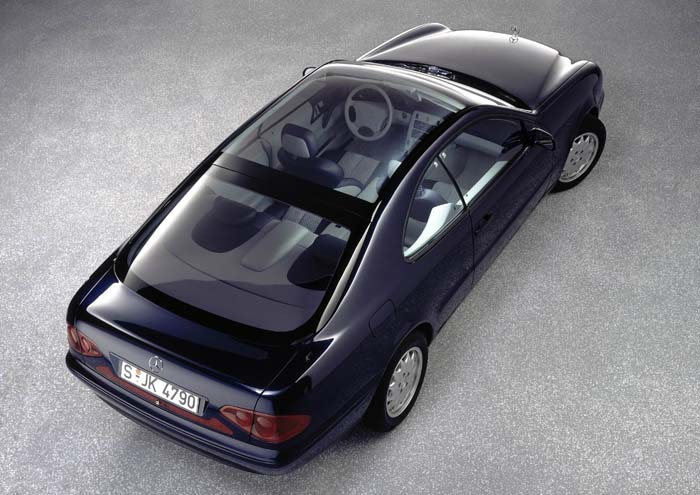 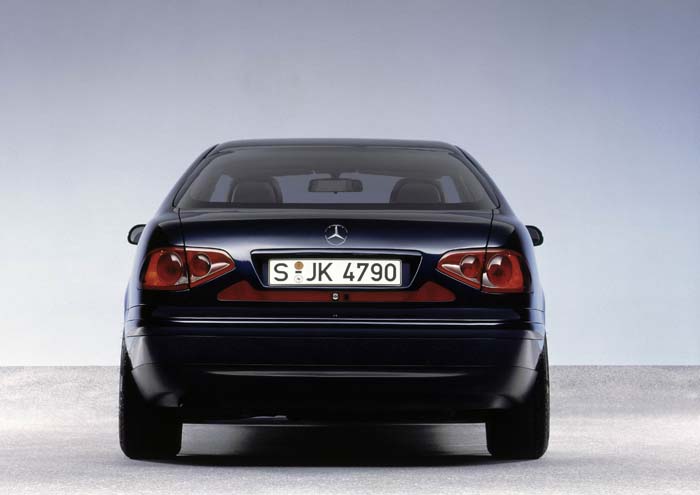 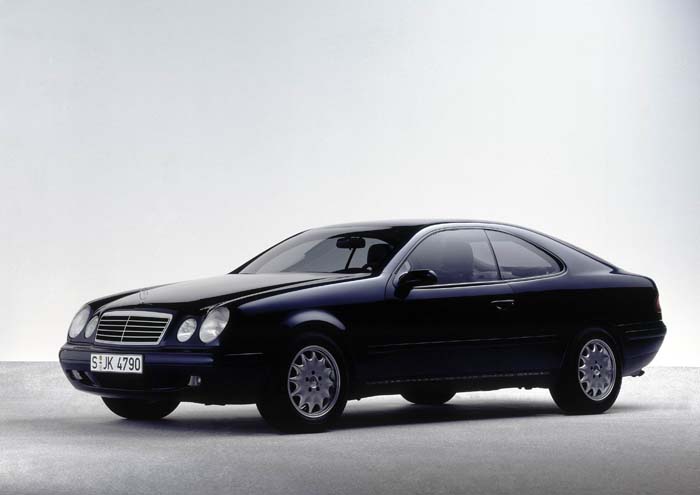 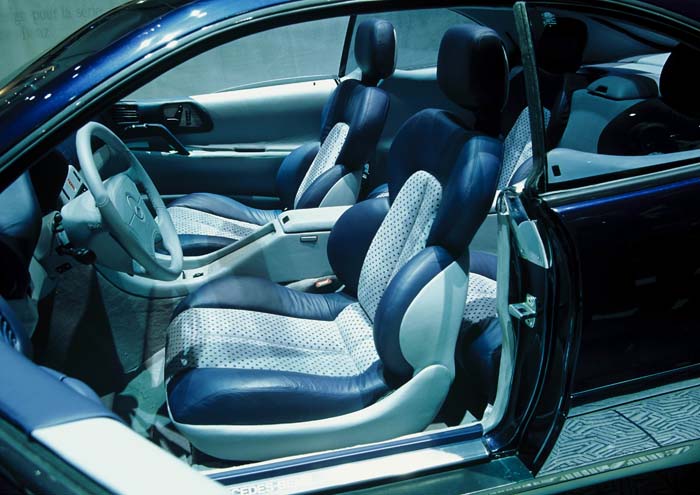 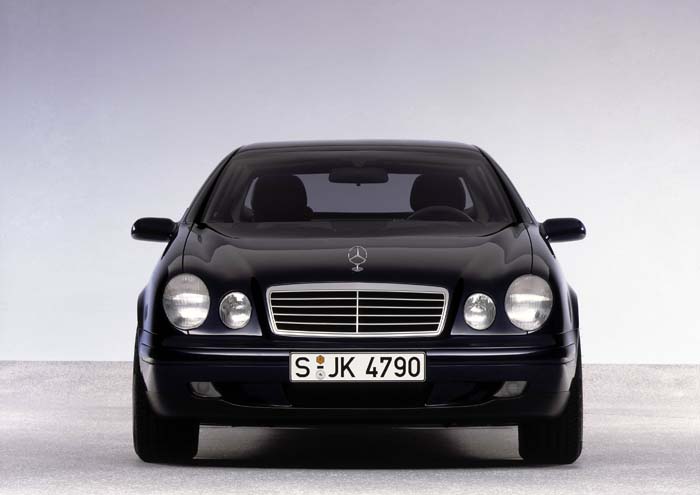 At the 1993 Geneva Motor Show Mercedes-Benz presented a coupe concept which marked the opening shot in the new product drive. The dynamic design language of this concept gave a foretaste of many themes which would be taken up by later Mercedes models.

The coupe concept introduced the world to the "four-headlamp" design which would later become the new face of the brand. With a slimline radiator grille, four separate oval headlamps – two large ones on the outside and two smaller ones on the inside – and powerfully sculpted fenders, the new design immediately unleashed a debate. Could this be the future face of Mercedes-Benz cars? Certainly the brand's designers thought that it could – and by presenting this near-production concept they got the opportunity to consult the public before taking any decision. A constructive dialogue followed. Needless to say, the previous face with the rectangular lights still had its supporters. But the response to the four-headlamp face was overwhelmingly positive – and that meant a thumbs-up for production. The first model in which the new front-end design hit the road was also one of the brand's most important models. It was the all-new four-headlamp E-Class, which appeared in 1995.

The concept car presented in Geneva was also intended to test the waters on another question: How would customers react to a new four-seater Mercedes-Benz coupe? This question too received a clear answer – considerable numbers of them would jump at the chance to buy a car like the one presented in Geneva. They had a while to wait however – until 1997, which was when the concept car became reality in the CLK coupe (C 208). The production model bore an uncannily strong resemblance to the Geneva concept, showing just how close to the "finished article" the styling of Mercedes-Benz concept cars can be even well before they actually go into production. "We don't go in for quirky show cars with pointless special effects. Such cars may cause a stir briefly but they are usually forgotten within the space of a few motor shows," is how the then Design Chief Bruno Sacco put it. In 1998 the CLK coupe was followed by the convertible version and the CLK now became a small product family in its own right. The technical platform and some components were supplied by the C-Class.

Interestingly, although the coupe concept shown in Geneva did have a tail section, albeit short-cropped, it did not have a conventional trunk lid. In its place was a large tailgate which incorporated the rear screen and extended down as far as the edge of the bumper, making this the first ever Mercedes-Benz fastback. In fact the concept car already hinted to a small extent at a future model – which only made its debut in the fall of 2000 – in which the tailgate became a defining styling feature. That was the C-Class sports coupe.

The elegance of the exterior continued uninterrupted into an interior with four single, individual seats. Here the emphasis was on fluency of form and an absence of frills. The center console, running all the way through from the dashboard to the parcel shelf, was a key design element. Smooth leather, luxurious microfiber fleece and wood paneling created a driving environment which was refined and elegant. At the same time the ergonomics were designed to the high standards for which Mercedes-Benz is renowned. This could be seen for example in the front seats with their asymmetrical head restraint mounting. These "Ergo Wing" seats had an elaborate inner structure which belied their ethereal appearance. And they were every bit as comfortable as they looked. Even at shoulder level they offered excellent lateral and spinal support.

The coupe concept was not just a show car but fully drivable. The hood sheltered an eight-cylinder five-liter engine developing maximum power of 235 kW (320 hp) and maximum torque of 470 Newton meters at 3900 rpm. This too was a taste of things to come, presaging the future CLK 500. With its 485 liter trunk meanwhile, the coupe also showed careful attention to practical requirements.

A car is a many-sided product. By contributing to so many subsequent production models, the Mercedes-Benz coupe concept proved that this can be just as true of a concept model.