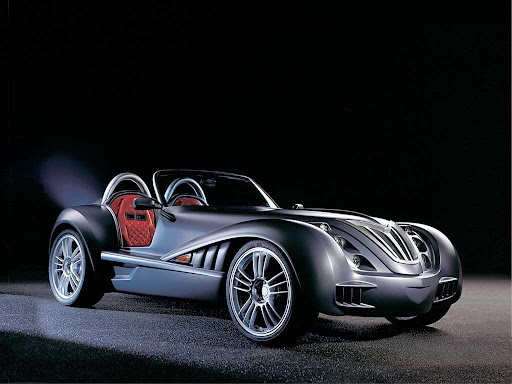 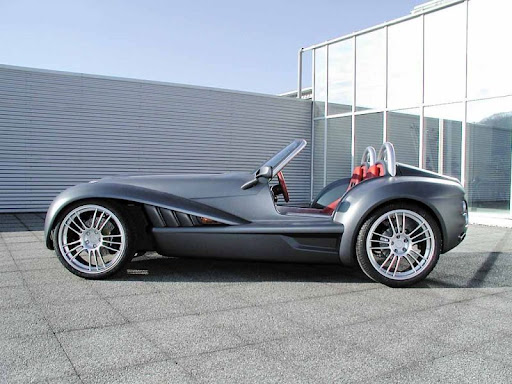 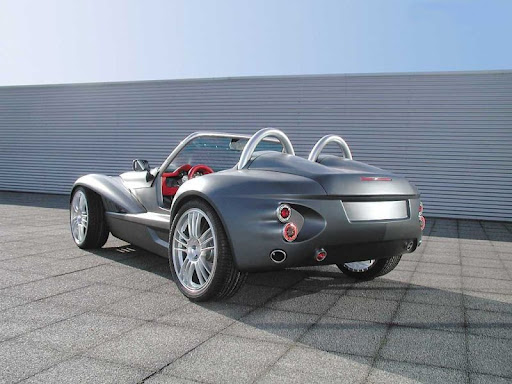 Most well known for its mods to Vauxhalls and Opels, Irmscher occasionally does something completely new in the shape of a design study. The lads have obviously had a bit of time on their hands lately as they’ve decided to do a concept – called the Inspiro – for this year’s Geneva event.

As you’d expect, the car relies heavily on the GM parts bin for its oily bits, the engine being the 225bhp 3.0-litre V6 usually found under the bonnet of the Omega. Or at least it used to be, having now been superseded by a 3.2-litre unit.

Looking like a cross between an Austin Healey and a Caterham Seven, the Inspiro is a hotch-potch of nicked ideas, and like all ‘proper’ concepts, it’s completely barking.

Composite bodywork keeps the weight down allowing stonking performance – the 62mph sprint is dispatched in just 5.8 seconds and it’ll charge all the way up to 150mph. To help it put the power down there’s a limited-slip diff and a five-speed gearbox transmits the power to the rear wheels – which, like the fronts, are an ample 19 inches in diameter.