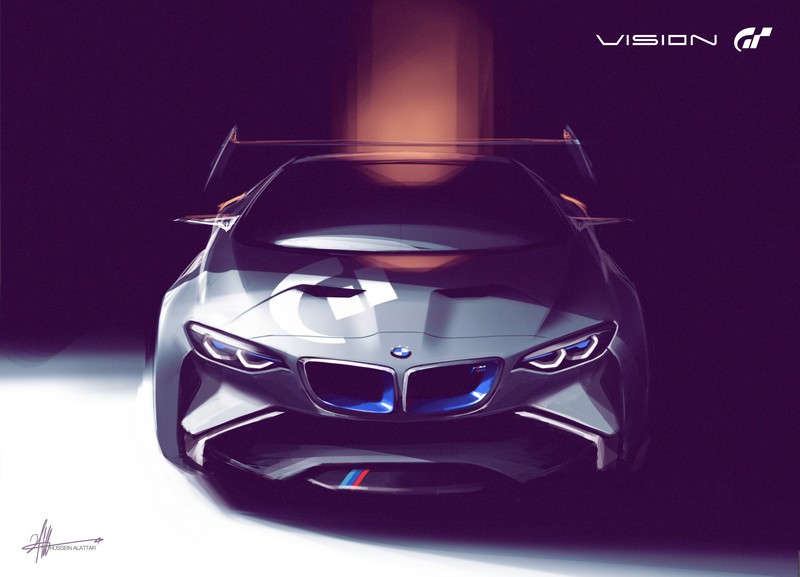 A true-to-life experience for the virtual world

Munich. 15 years on from the launch of the celebrated Gran Turismo gaming franchise for PlayStation®, BMW Group Design has conjured up a futuristic virtual concept car exclusively for Gran Turismo 6; the BMW Vision Gran Turismo will make its virtual debut in this latest incarnation of the racing simulation. The dynamic sports coupé blends BMW’s unmistakable racing genes with the design freedom inherent in a virtual car and was created uniquely for the game. Aerodynamic elements derived from the BMW Group’s real-life experience on the race track are the key to blistering lap times, unbeatable handling and fingertip control.

The creation of the BMW Vision Gran Turismo sees BMW underlining its ongoing involvement in the gaming sphere. The increasing prominence of the video game market – with its active gaming community – allows concepts like the BMW Vision Gran Turismo, as well as classic and current BMW models, not only to be viewed passively as images or trailers, but also to be experienced and driven interactively by millions of people.

“Vision Gran Turismo offers an impressively creative platform for the innovative presentation of the BMW Design vision developed exclusively for the game,” explains Andreas-Christoph Hofmann, Vice President Brand Communication BMW. “We look forward to receiving the feedback of the global community. The BMW Vision Gran Turismo is our way of congratulating Polyphony and Sony on the 15th anniversary of the Gran Turismo franchise.”

Sony likewise expressed its enthusiasm for the collaboration: “I was really impressed by the amount of thought BMW put in, for not only surface features of a car but their consideration for internal structures and mechanical components as well. I respect their sincere efforts and I am very much looking forward to the BMW Vision Gran Turismo,” said Kazunori Yamauchi, Producer Gran Turismo, President Polyphony Digital Inc. and Senior Vice President Sony Computer Entertainment Inc. “I have immense respect for what’s been achieved here and am very much looking forward to the arrival of the BMW Vision Gran Turismo.”

The award-winning Gran Turismo® racing simulation game was first released in 1998. Its extensive line-up of true-to-life circuit reproductions, authentic cars and outstanding HD graphics make it the perfect partner for the BMW Group. Once the design process is complete, the BMW Vision Gran Turismo will make its appearance in the game.