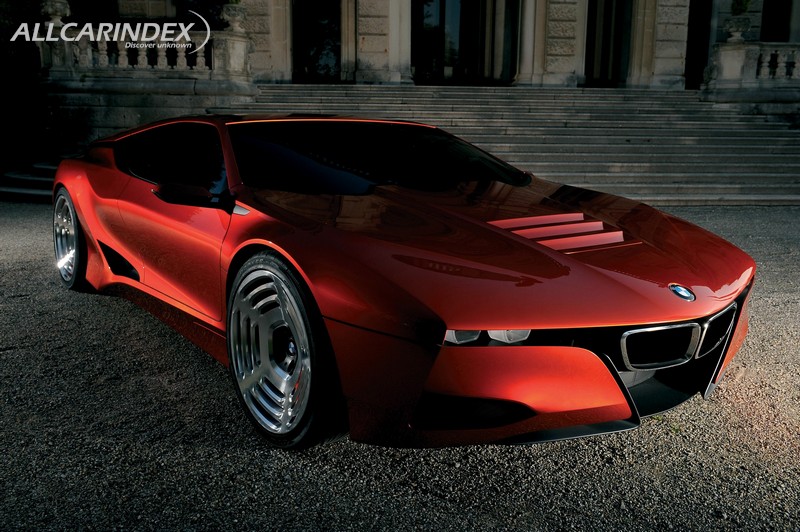 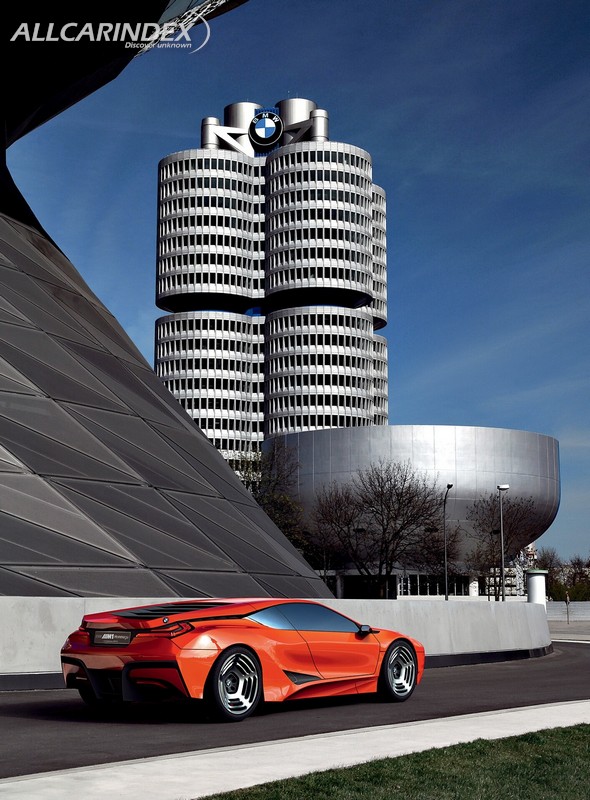 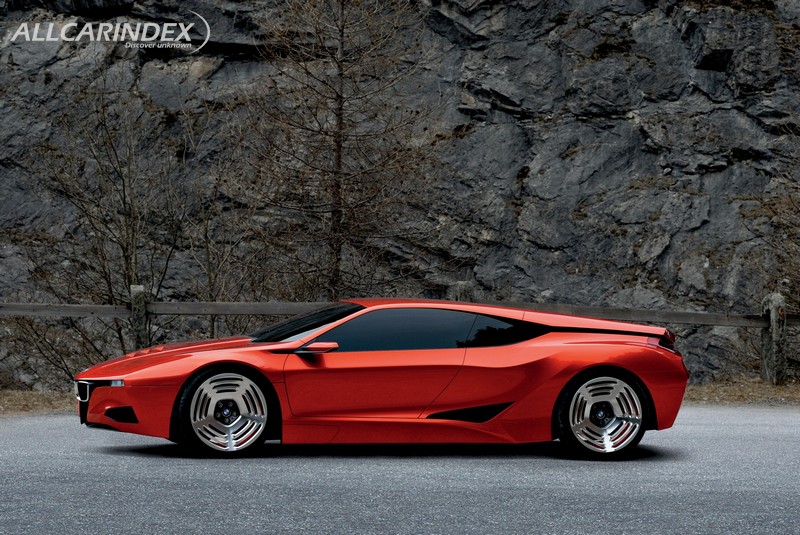 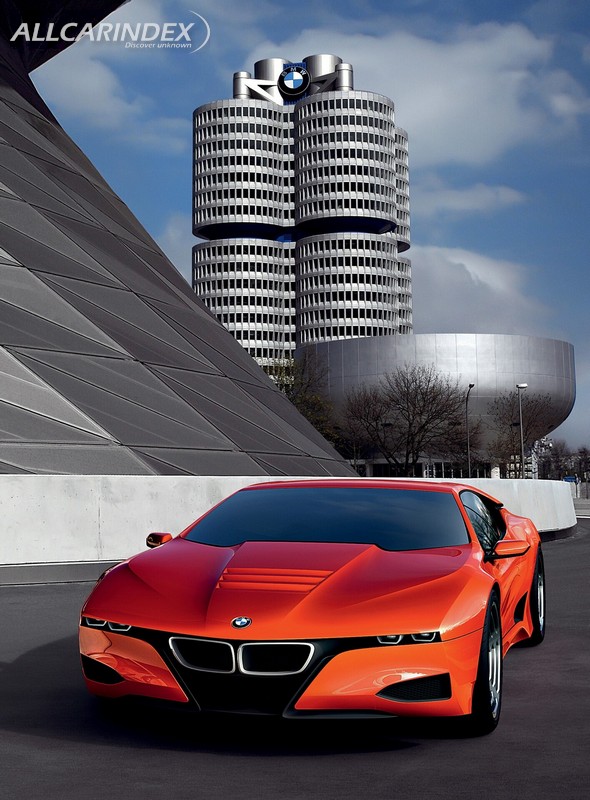 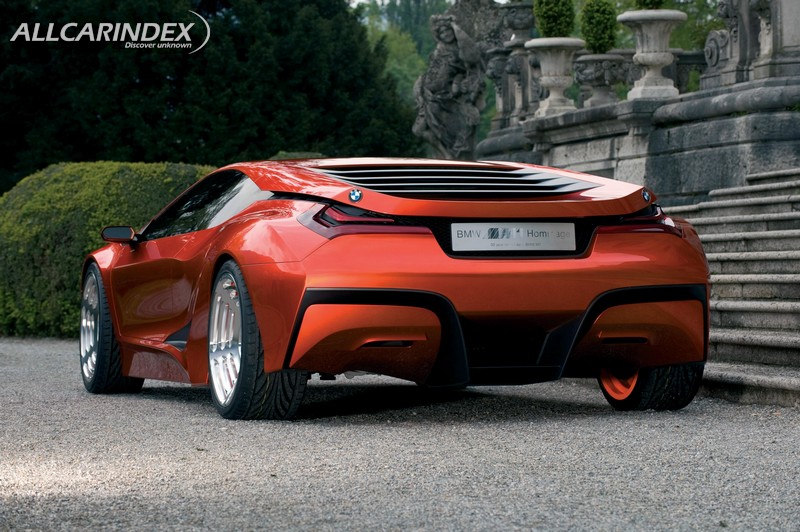 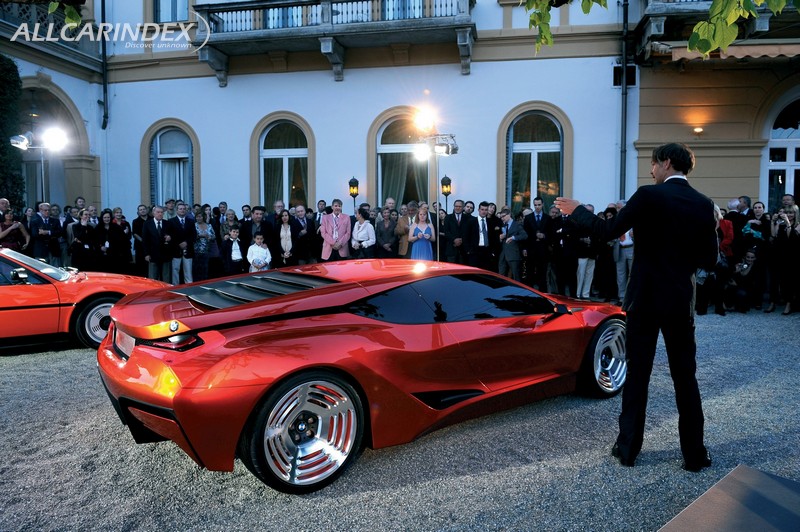 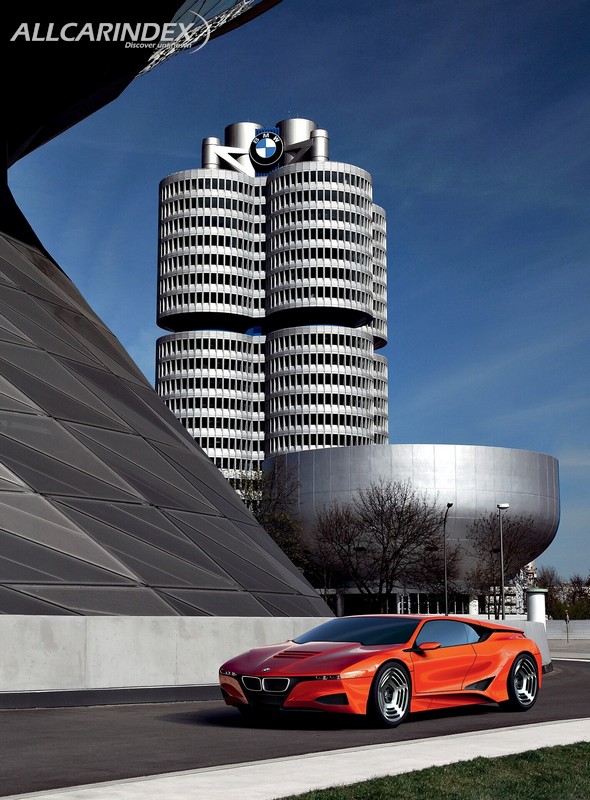 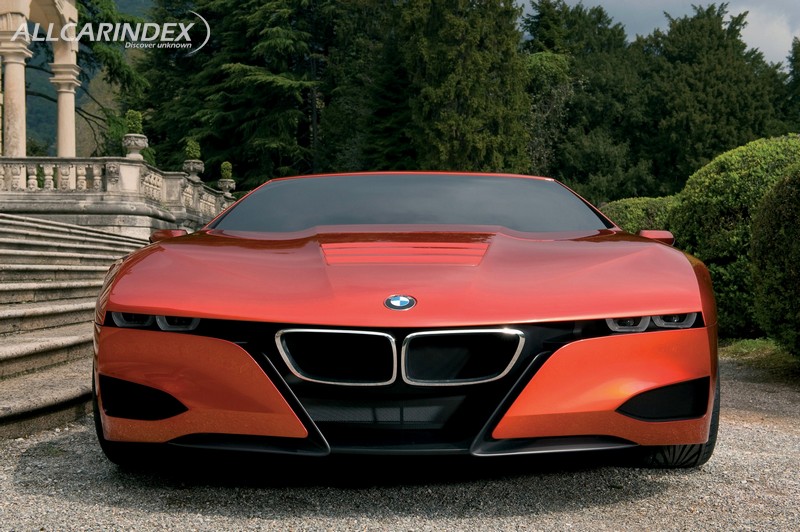 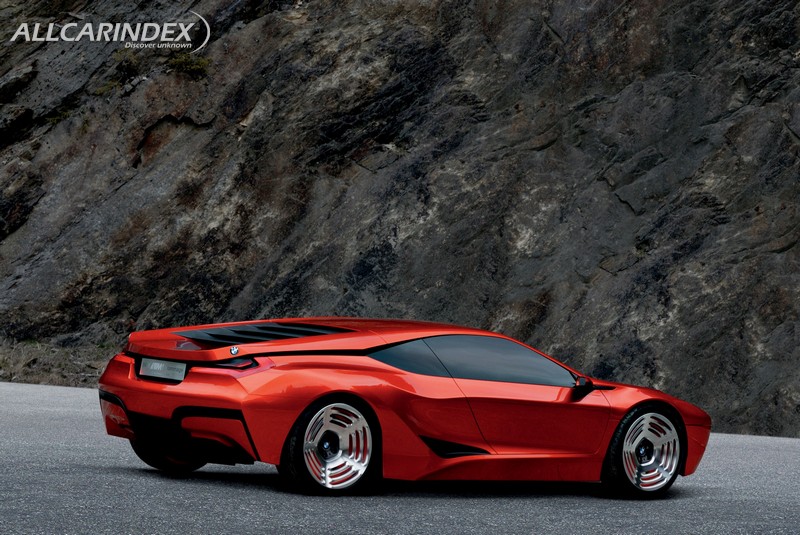 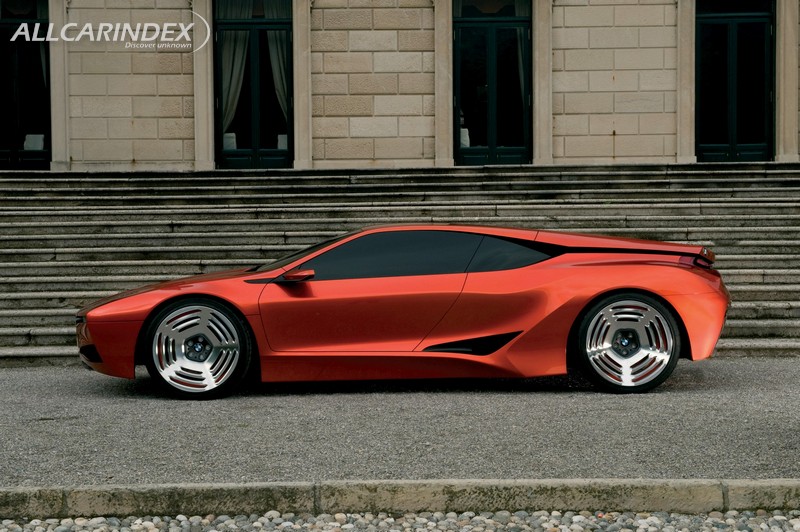 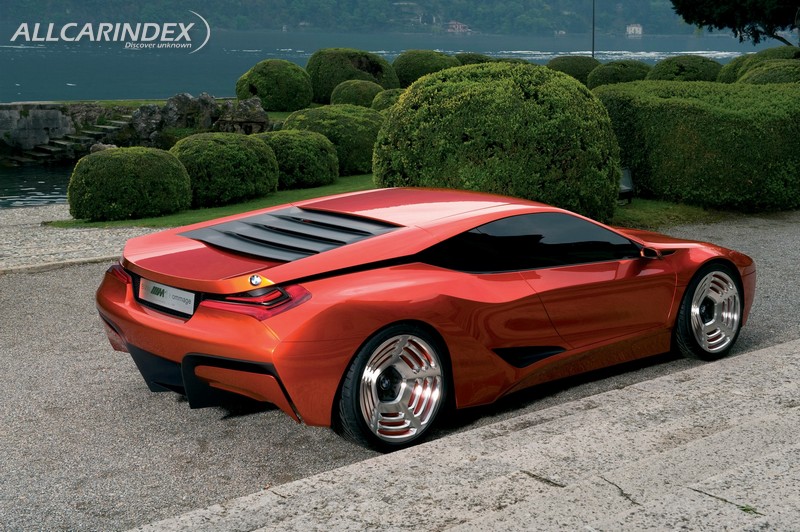 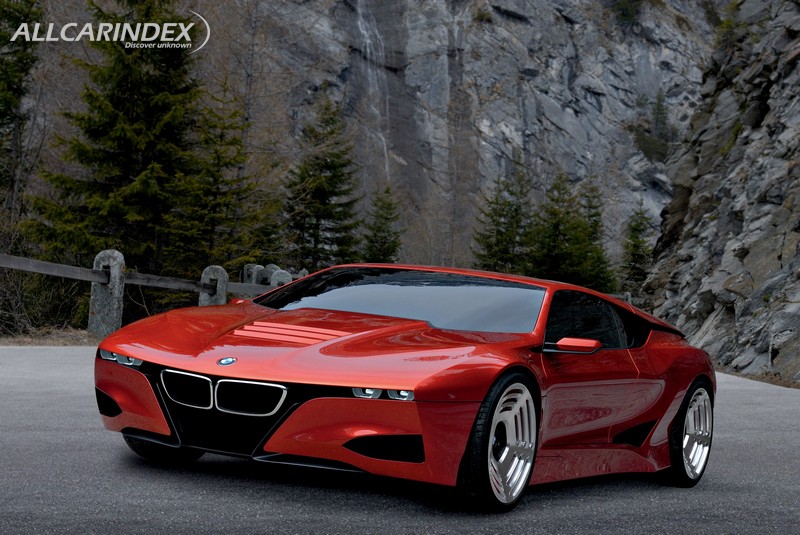 Design tribute to the BMW M1 celebrates its world premiere at the Concorso d'Eleganza Villa d'Este 2008.

Munich/Cernobbio. To mark the 30th anniversary of the BMW M1 super sports car, BMW Group Design is presenting a homage to this legendary model as part of the Concorso d’Eleganza Villa d’Este 2008. The BMW M1 designed by Giorgio Giugiaro was a car of superlatives and a highly emotive vehicle that was uncompromisingly primed for the race track. Spawning this development was the BMW Turbo by Paul Bracq, a revolutionary concept car which, in addition to its groundbreaking functional design, also boasted a raft of technical innovations. It is from these two unique vehicles that the BMW M1 Homage takes its cue – a design study that pays tribute to its forerunner models and an embodiment of the competence, creativity and potential of the BMW Group Design team.

“For BMW, heritage is always also a living heritage. Drawing inspiration from your own past and thereby reinventing yourself – that is exactly what the BMW M1 Homage demonstrates in impressive style.” Dr Klaus Draeger, BMW Group Board Member, Development

A particular forte of BMW Group Design is to draw on its own powerful history and actively feed this into the design of the future. The BMW M1 Homage is a design study in the tradition of a BMW Turbo that represents a contemporary take on the BMW M1 and the mid-engine concept. This tribute exhibits an emotional design that showcases technology and integrates it into the overall aesthetics of the vehicle.

The Concorso d’Eleganza Villa d’Este provides the perfect backdrop for the BMW M1 Homage. Here automotive beauties from the past meet the concept cars and design studies of the future. It is in this dynamic field of tension between past and present that the BMW Group Design team affords insights into its own perspective on a historically inspired automotive future.

Homage to the BMW M1.

“For a company as for a product, it is important to be aware of one’s roots. In the spirit of Giugiaro and Bracq, the BMW M1 Homage unites the BMW values of design and technology in a highly emotional and exciting interpretation.” Christopher E. Bangle, Director Design BMW Group

The BMW M1 was an utterly uncompromising super sports car oozing passion; its forerunner, the BMW Turbo by Paul Bracq, displayed innovative technical solutions that found their expression in emotional design. It is precisely this blend – of technology and design, rationality and passion – that the BMW M1 Homage embodies. It presents an exciting and authentic interpretation of the BMW M1 and the mid-engine concept from a present-day perspective, and the legacy of the BMW M1 Homage is obvious at first glance. Unquestioningly it takes up the graphic play of the hallmark BMW M1 colours black and orange and interprets them anew. The Liquid Orange paintwork exclusively developed for the BMW M1 Homage cites the classic BMW M1 colour, yet surprises with its powerfully iridescent play of colour and brilliant depth. It shapes the extrovert surface language and strikingly highlights the eloquent interplay of convex and concave surfaces.

Mention the BMW M1, and another feature that immediately springs to mind is the characteristic twin logo at the rear, on the right and left edge above the tail lights. For BMW, this particular arrangement of its emblems has always signalled a mid-engined model. In the development stage of the BMW M1 this dual emblem was the first styling element to be approved even before the initial sketches were drawn. Likewise, it was confirmed from the outset that the BMW M1 Homage would feature the same twin badges. Other specific styling cues taken from the BMW M1 are the air vents in the bonnet and the louvres on the rear windscreen, as well as the black cutline dividing the roofline from the rear section of the body. Overall, the exterior dimensions of the BMW M1 Homage are in keeping with those of the BMW M1; only the extended wheelbase indicates a larger passenger cell.

Emotional design at the flashpoint between tradition and modernism.

The BMW M1 Homage takes long familiar elements from the BMW Design repertoire, reinterprets them and couches them in a new context. Its design brings together past and present, expanding the observer’s perception through new design solutions that find their expression in typical BMW style. If the contrasting colours were a dominant design theme for the BMW M1, this contrast is perpetuated in the BMW M1 Homage through its surface styling. Familiar elements, such as the trademark proportions, are combined with new and exciting lines, surfaces and details to create an up-to-date interpretation of the BMW M1, which remains to this day an extraordinary car.

Shunning the strong wedge shape of other mid-engine cars, the BMW M1 Homage consciously opts for BMW’s characteristic proportions. A relatively long engine compartment, a clearly defined transition into the A-pillar and a stretched window line featuring the “Hofmeister” kink instantly give it away as a bona fide BMW. The horizontal flow of lines lowers the car’s visual centre of gravity and lends it an air of sovereignty.

Though the BMW M1 already boasted extremely harmonious and sporty proportions, its surface design was not yet an explicit styling issue and was dominated by high-contrast graphic themes. Today, however, next to the car’s proportions, it is primarily the unusual surface styling that determines the strong recognition value of a BMW model. For some years now, all BMW vehicles have exhibited a striking and unique design language. The sculpting of the surfaces demands substantial experience and craftsmanship at the highest level. Only through the combination of craft skills, state-of-the-art technology and a sure sense of the personality of each BMW can designers and modellers achieve the overall sculptural effect that lends a BMW its unique character. The BMW M1 Homage systematically melds the proportions and graphic themes of the BMW M1 with the surface language of the new BMW look – a combination that imbues the vehicle with an exciting, sporty and authentic emotionality.

The front-end styling of the BMW M1 Homage adopts many of the graphic design themes of the BMW M1: the contrast between the black, recessed surfaces and the car colour, the small, squat kidney grille and the “invisible” headlamps. And yet the front of the BMW M1 Homage is an absolute novelty for BMW. Each element assumes a function: the hallmark twin kidney, for example, is not only a distinguishing feature of the BMW brand but combines aerodynamic, cooling-air routing and safety solutions. The design of the headlamps, meanwhile, is a new iteration of the retractable headlights of the BMW M1. Like the lamps on the historic model, those on the BMW M1 Homage are only visible when switched on. When not in use they are discreetly integrated into the front-end design and “disappear” into the recessed black cutline, almost like pop-up headlights.

Along the side of the car all the lines, surfaces and details lead the eye from the front end along the stretched engine compartment and clearly defined A-pillars before converging at the centre of the vehicle. Two expressive lines are drawn from the front along the flanks of the vehicle towards the engine compartment area. The flow of lines begins in a straight, disciplined fashion at the front end, lowering the optical centre of gravity of the BMW M1 Homage and highlighting its low-slung stance. From the middle of the car, however, the lines break up. The power of the design is focused precisely where the power of the vehicle also lies – at the engine. Strong, sensuous sweeping lines accentuate the car’s mid-engine concept, the design emphasising the mechanics behind it, the engineering skills and the engine expertise of the BMW Group.

The roofline of the BMW M1 Homage is flatly tapered, extending into and around the rear. In so doing it draws a continuous line and forms a link between the two sides of the car. It is on this line, above the tail lights, that the hallmark twin BMW logo can also be found.

“Engineering is beautiful – let’s show it!”

The overall design is driven by functionality and each detail has its purpose. Aspects such as aerodynamics, cooling-air routing and safety lend the BMW M1 Homage technical substance and make it a genuine BMW. A telling symbol of this is the kidney grille design of the BMW M1 Homage, fulfilling as it does several functions at the same time. The twin kidney isn’t just a signature BMW feature, it is also part of the car’s honed aerodynamics: it guides the air to the engine cooling as well as constituting the front section of a crash box, similar to the monocoque chassis of a Formula One race car.

Inspired by aircraft design, the car as a whole also boasts sophisticated air ducting through the body. For example, the cooling-air routing for the engine is positioned below the roofline, in the black recessed cutline along the side of the vehicle behind the window graphic. Small flaps and openings guide the air stream into the engine compartment to ensure an adequate supply of cooling air.

“The BMW M1 Homage clearly manifests the creativity and potential of the BMW Design team. A project such as this is a valuable source of inspiration for our day-to-day work.” Adrian van Hooydonk, Director Design BMW Automobiles

The BMW M1 Homage holds great significance for the BMW Group Design team, its genesis epitomising both a living tradition and an innovative future. This vehicle is designed as a source of inspiration; it sets out to challenge us to question and rethink what we see around us. The BMW M1 Homage pays eloquent tribute to the BMW Turbo and the BMW M1, which in their design were well ahead of their time. Originally slated as “merely” a design study or small series, their influence remains very palpable today – 30 years on.