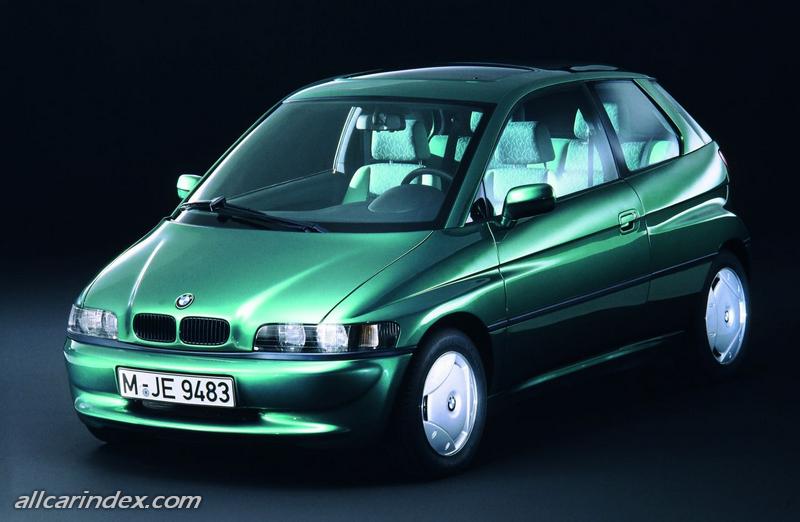 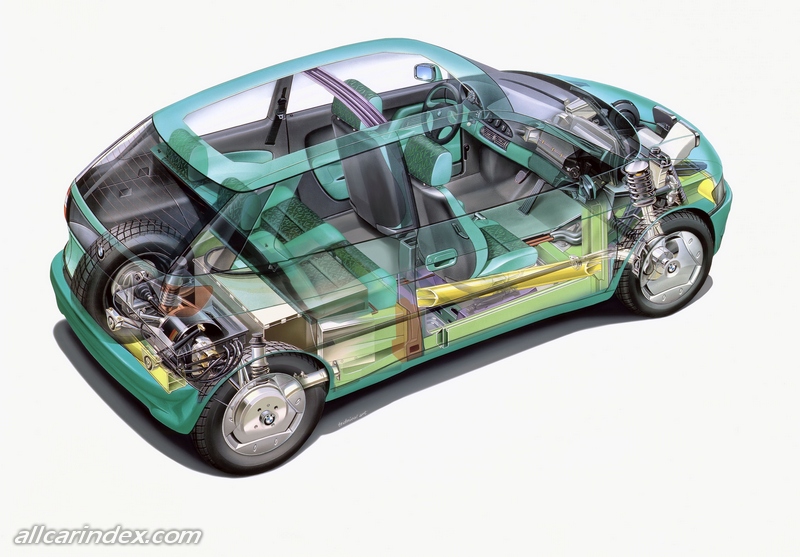 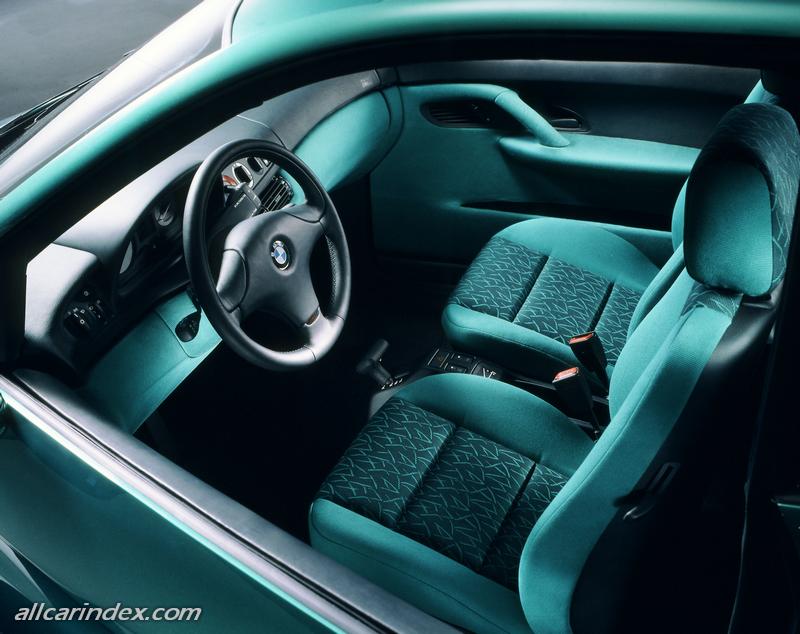 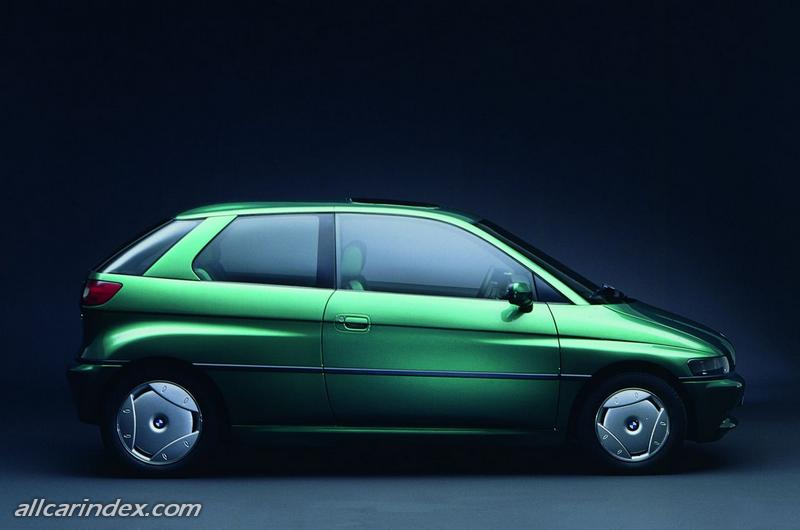 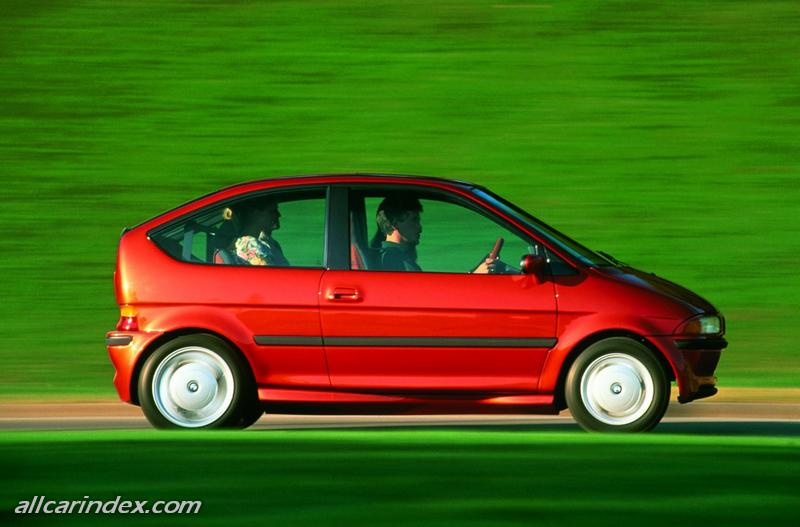 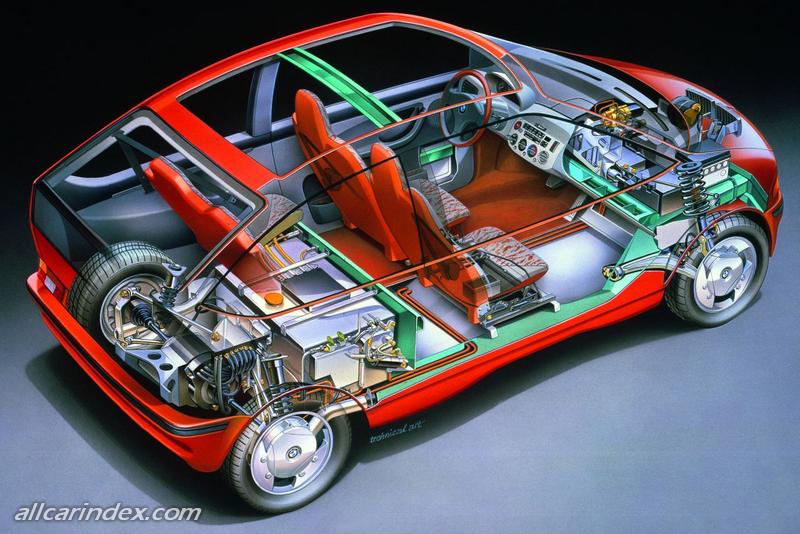 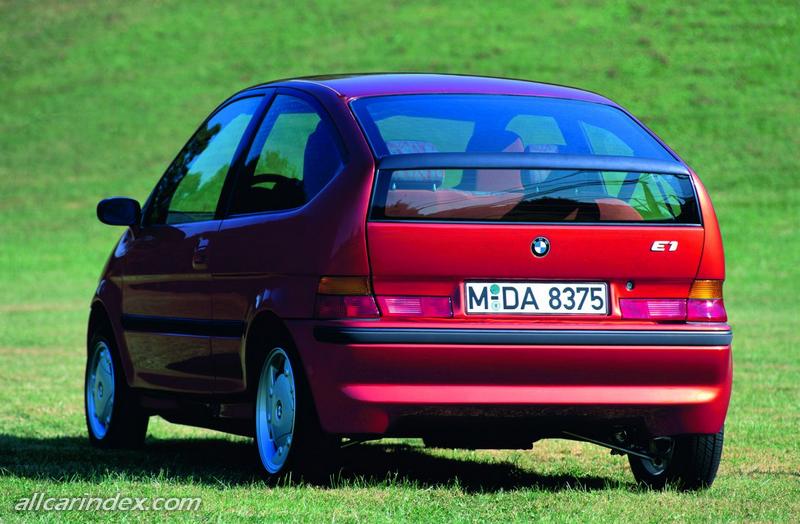 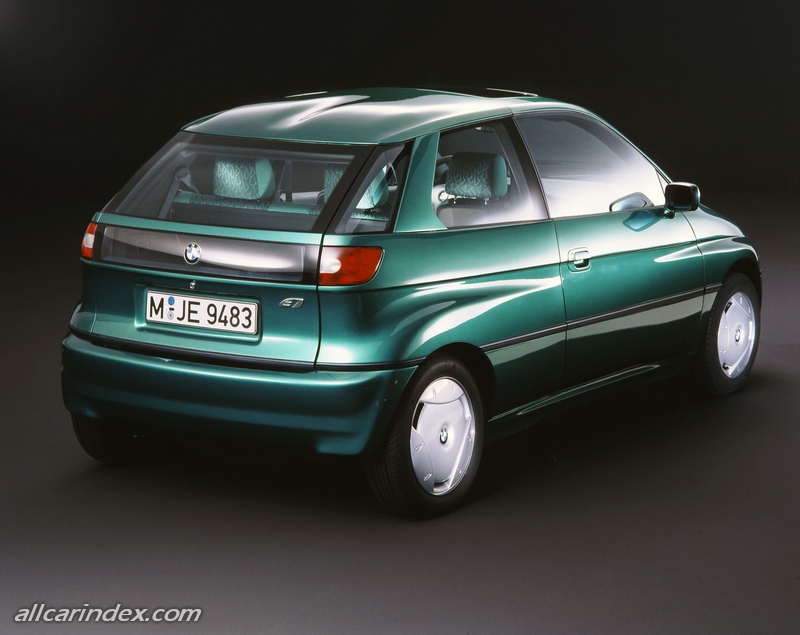 The same year already saw BMW Technik GmbH presenting the BMW Z15. This first fully functional concept vehicle with pure electric drive was a development of the BMW Z11 electric vehicle presented at the Frankfurt Motor Show in 1991. As a prototype with the model designation BMW E1, the four-seater incorporated a design with pioneering aerodynamic and ergonomic features that provided impressive testimony to the superlative potential of its emission-free drive technology even in normal everyday use. The BMW E1 provided a range of up to 200 kilometres and a top speed of 120 km/h. The prototype generated universal acclaim among members of the public and independent testers. The readers’ choice in car magazine “Auto Zeitung” voted the BMW E1 as the winner in the category “Environment and Technology”, and trade magazine “Auto Bild” described the BMW E1 as “the most advanced car of the century”.

At the time, it was already evident that BMW was in a position to achieve typical BMW driving characteristics and operational capability geared to city driving with a purely electrical power unit. Series development would also be achievable if a battery technology with optimised power and cost could be developed. Today, BMW is continuing to build on this knowledge base in the context of project i: it provided the impetus for the development of a Mega City vehicle designed for emission-free mobility within large urban environments. An innovative vehicle concept and the most recent developments in the area of power unit and energy storage technology form the basis for a state-of-the-art presentation of electrical mobility.

BMW E1: premiere in the sphere of electric vehicles.

The Z at the start of the project name continued to form a characteristic feature of all the concept vehicles developed by BMW Technik GmbH during the subsequent years. At the beginning of the 1990s, the nomenclature of the exceptionally active company had already got as far as number 11. The fact that the prototype designated internally as the BMW Z11 was ultimately launched in the public domain as the BMW E1 bore testimony to its revolutionary power unit: The BMW E1 presented at the Frankfurt Motor Show in 1991 had an electric motor mounted in the rear. The development goal of this project was to carry out research into the advantages and disadvantages of a car propelled entirely by electric motive power when subject to the practical test of everyday conditions on the road. The BMW E1 was also intended to represent a standalone, efficient automobile that was designed according to all the defining principles of driving pleasure while making no compromises with respect to functionality.

Today, the BMW E1 is regarded as the launch pad for holistic development of electro-mobility concepts in the BMW Group. A number of electric vehicles had already been developed on the basis of conventional series models from the start of the 1970s onwards. These vehicles had yielded fundamental insights into the areas of power-unit and energy-storage technology. The BMW E1 was the result of the first vehicle concept based on electro-mobility. The electric motor of the BMW E1 packs 37 kW with power being transferred to the rear axle. The innovative extruded aluminium construction and plastic body produced an exceptionally lightweight city car with a top speed of 120 km/h and a range of 200 kilometres.

The BMW E1 was a prototype that was fully roadworthy with the capability to be used in everyday traffic conditions. The performance and practical qualities of the vehicle with its aerodynamically pioneering design were immediately given a seal of approval by the test drivers at the time. High-grade materials and the quality of finish so typical of BMW definitively set the BMW E1 apart from the few other electric vehicles. Airbags for driver and passenger set a new benchmark for protection of the occupants. The trade magazine “Auto Bild” designated the 2+2-seater that generated zero emissions when driving as “the most advanced car of the century”. And the readers’ choice in car magazine “Auto Zeitung” voted the BMW E1 as the winner in the category “Environment and Technology”.

In the BMW E1, sodium-sulphur batteries are mounted under the rear seat and adequately protected in the event of a crash. A conventional domestic power socket is all that’s necessary to recharge the power supply. The BMW Z15 designed as a successor and the slightly bigger BMW E2 based on that platform are powered by a sodium nickel-chloride battery. The basic conclusion from this development series established in the early 1990s was that vehicles powered with electric drive are technically feasible, but the technology for storing electric energy needs more work and sets practical limits for use. Nevertheless, BMW Technik GmbH had already laid the foundation stone for projects currently developing emission-free mobility in urban environments. This has provided a technological lead which the BMW Group is demonstrating today with vehicles like the MINI E and the BMW Concept ActiveE.