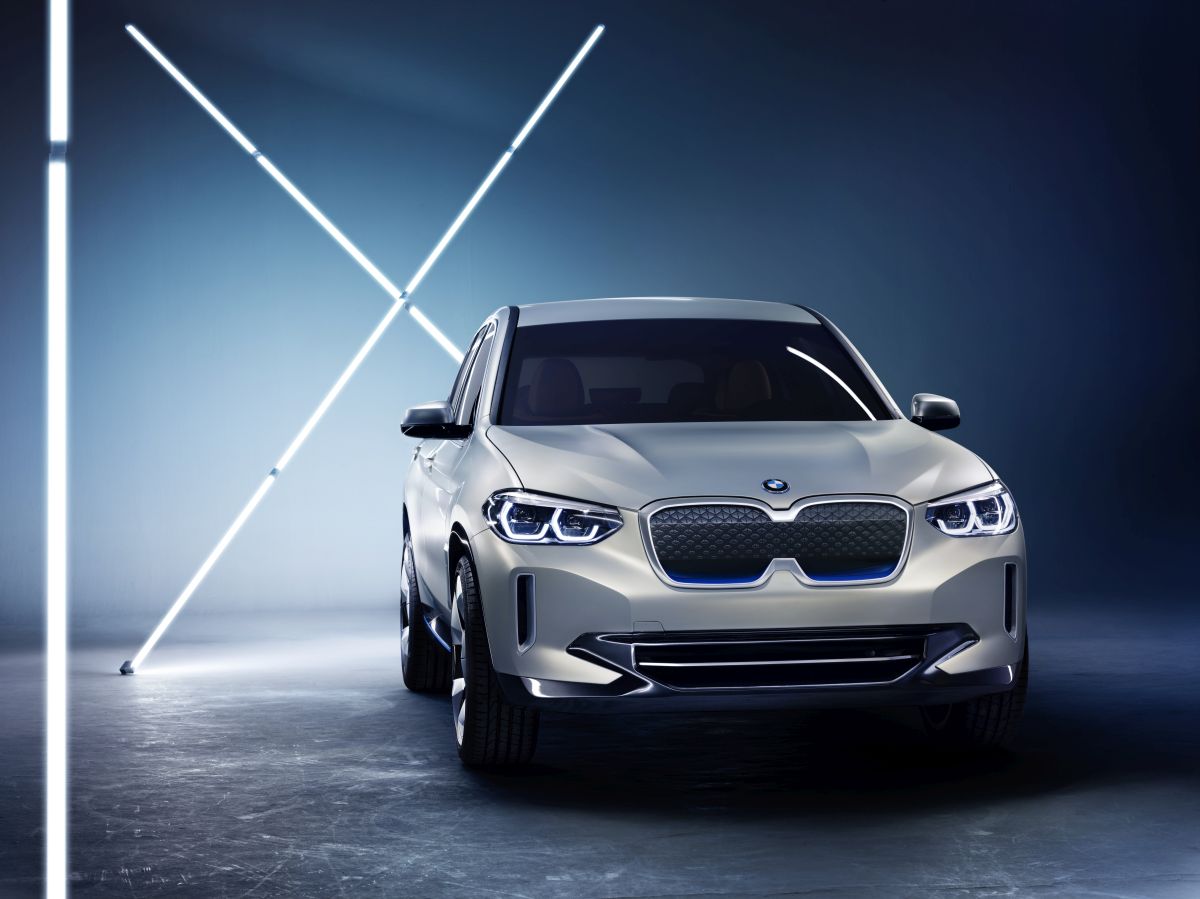 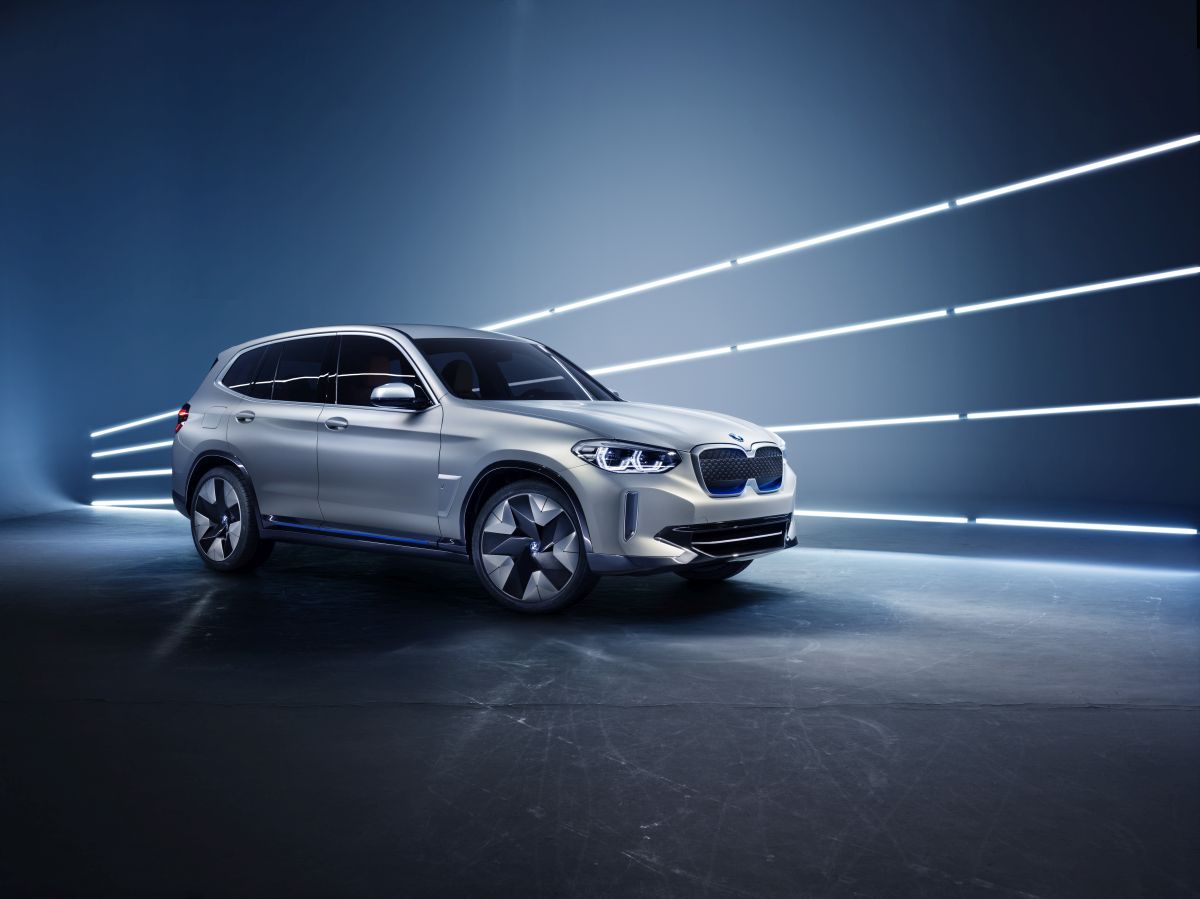 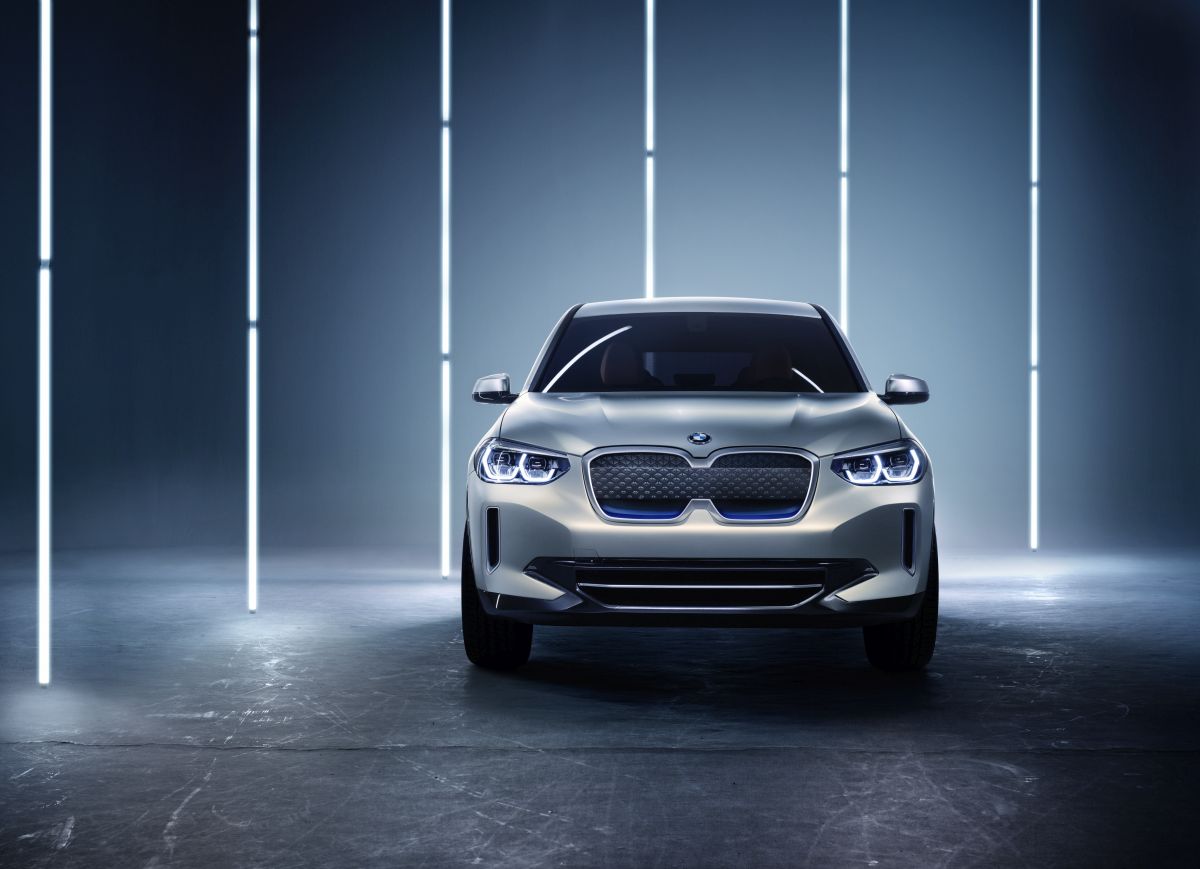 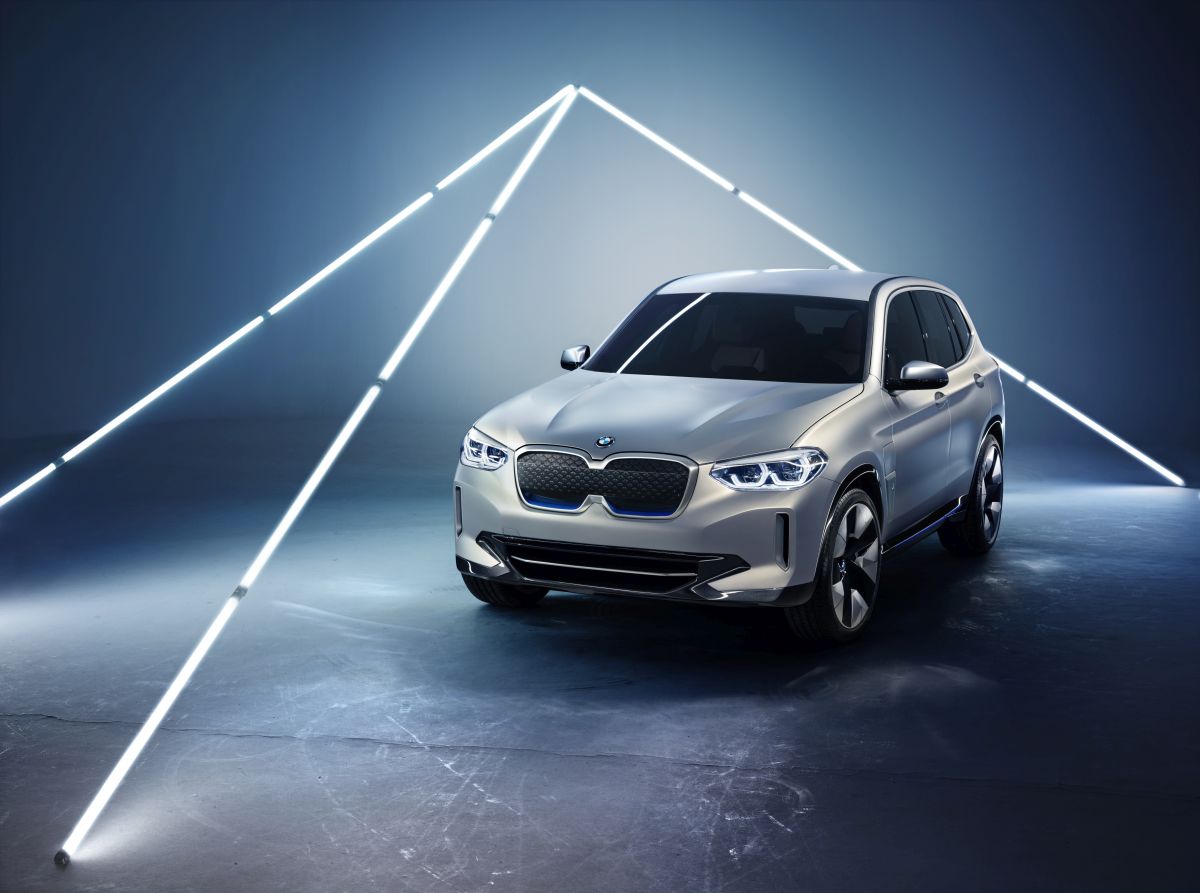 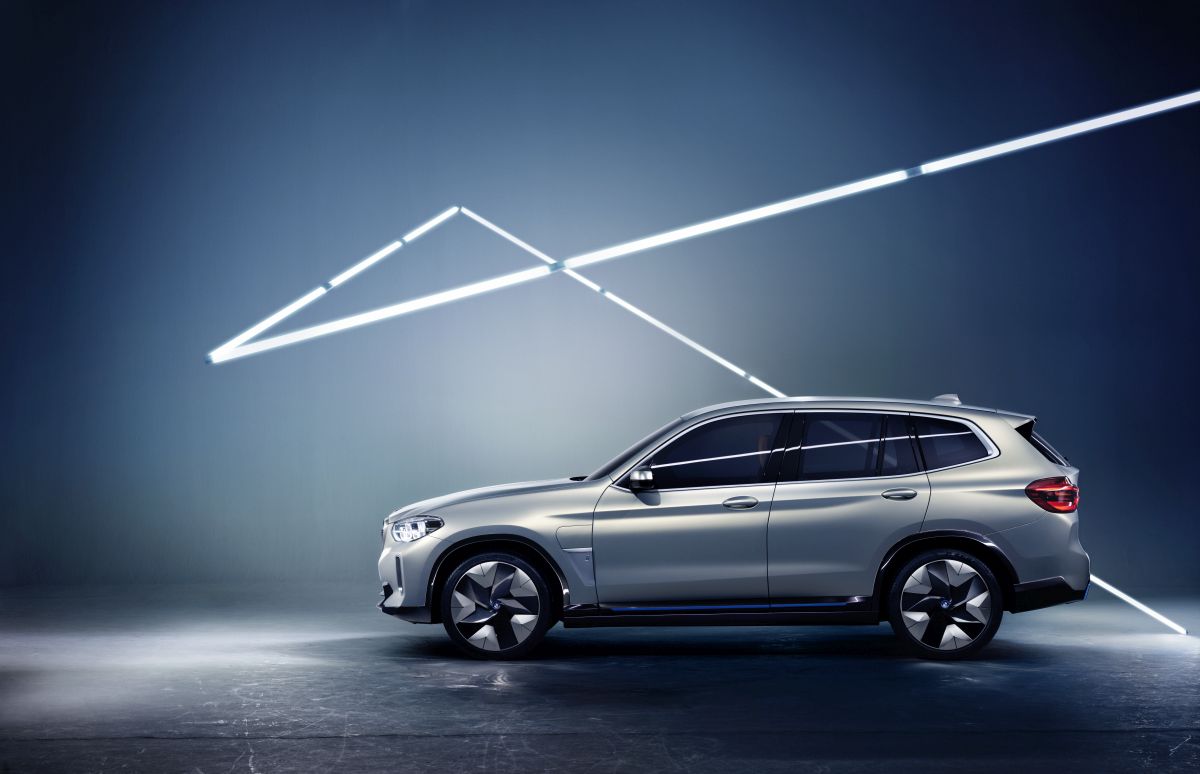 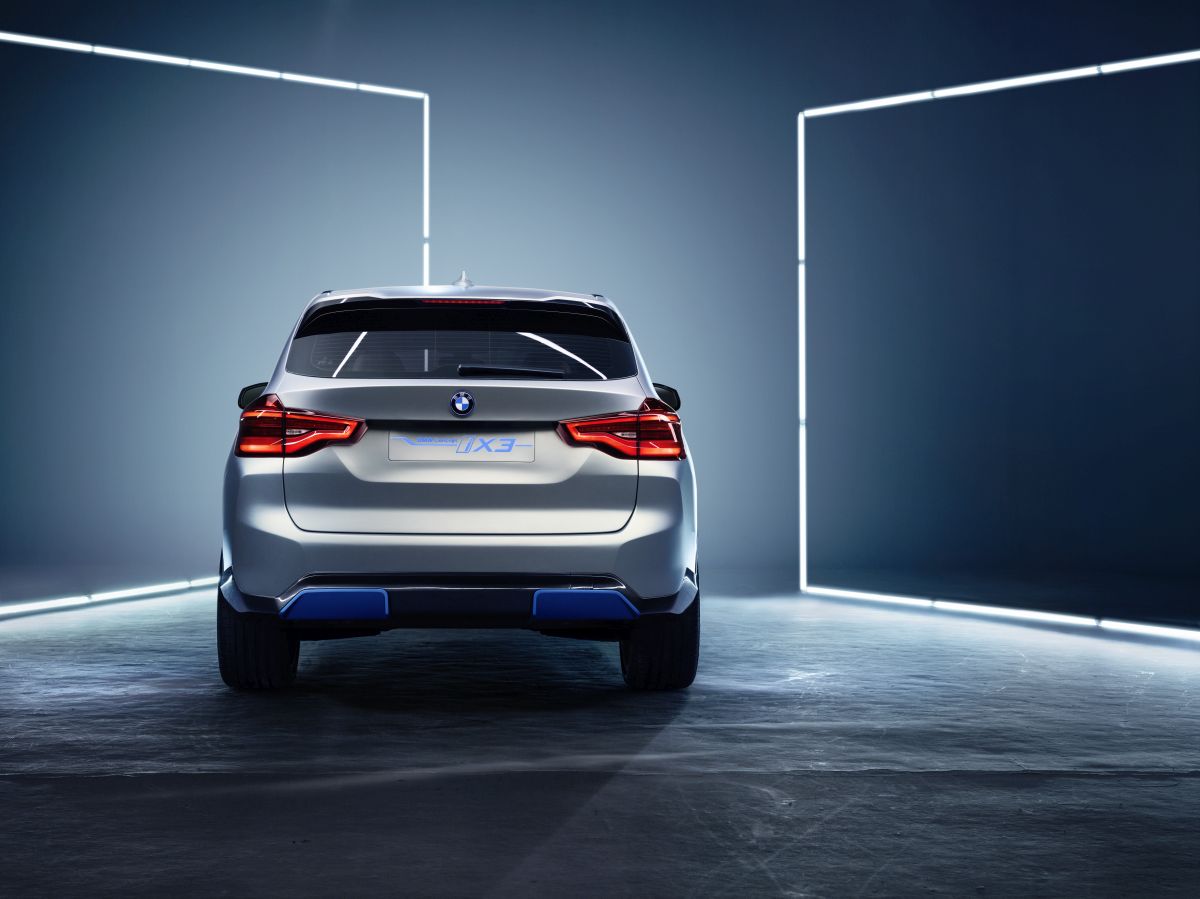 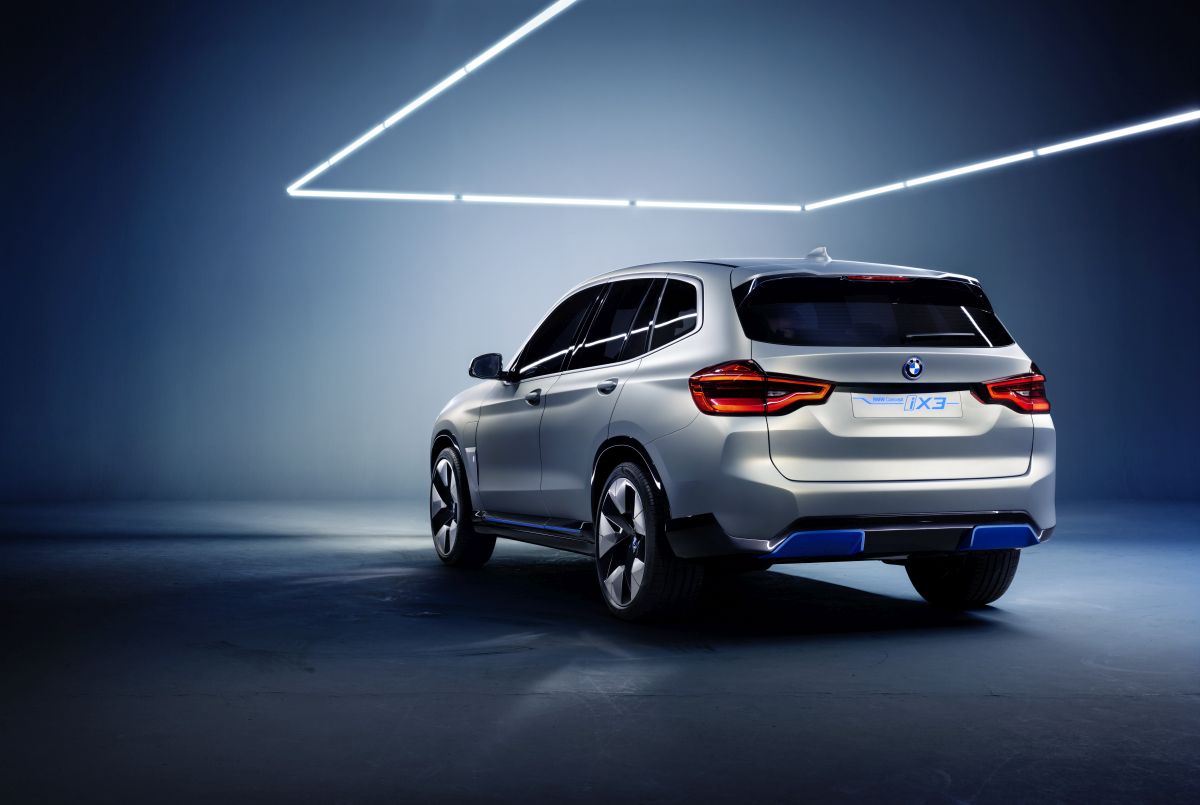 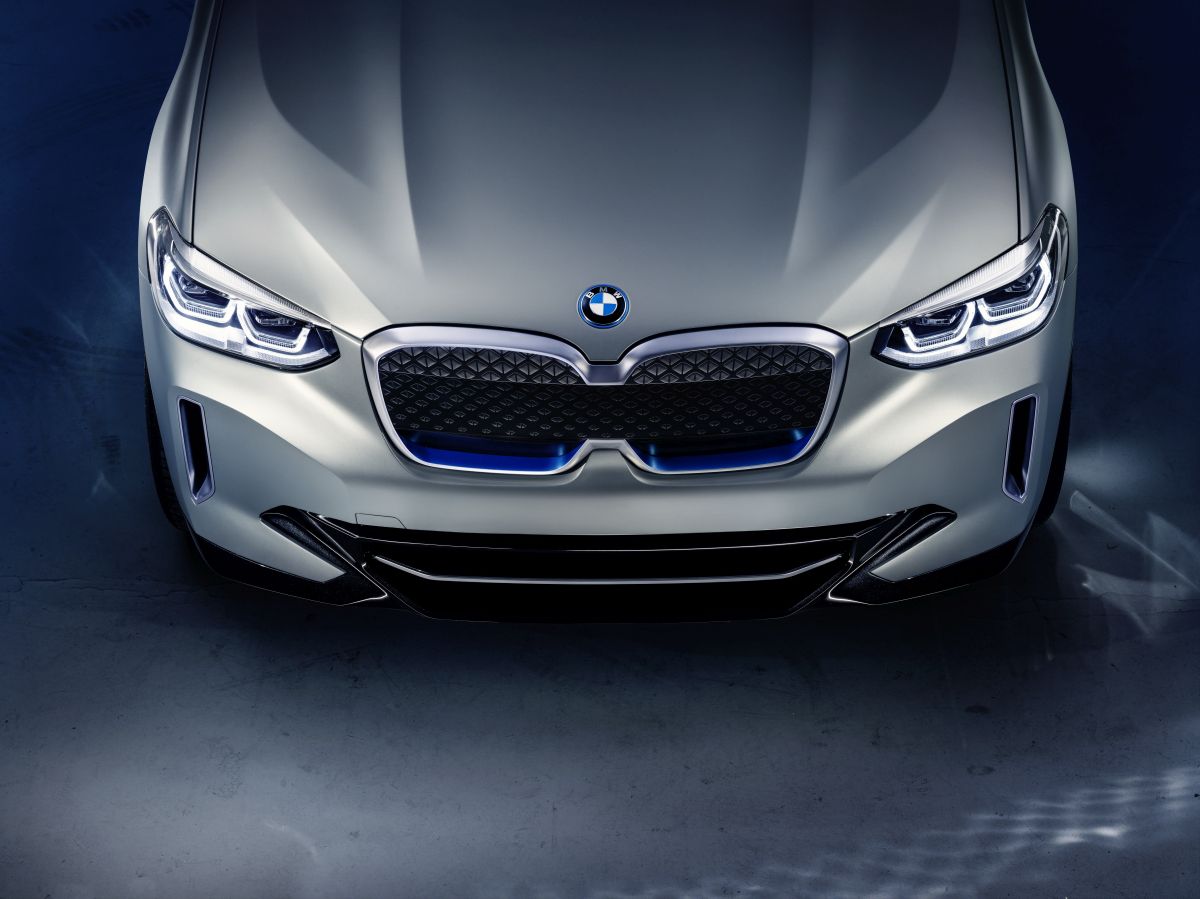 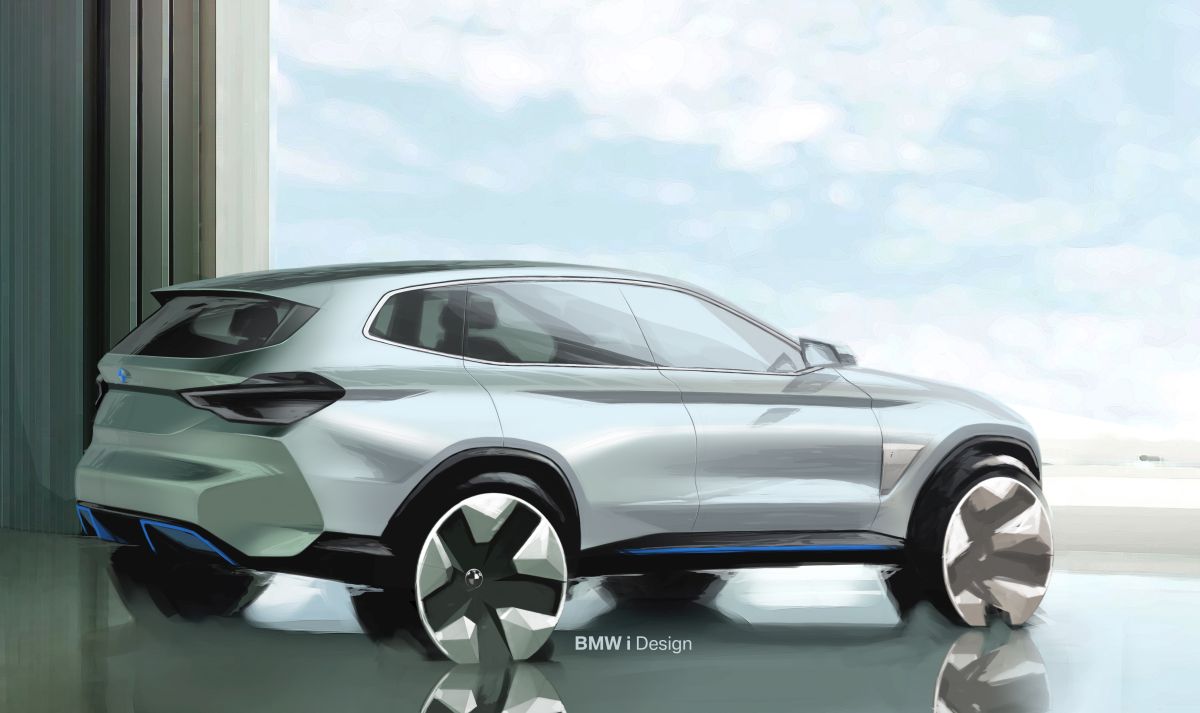 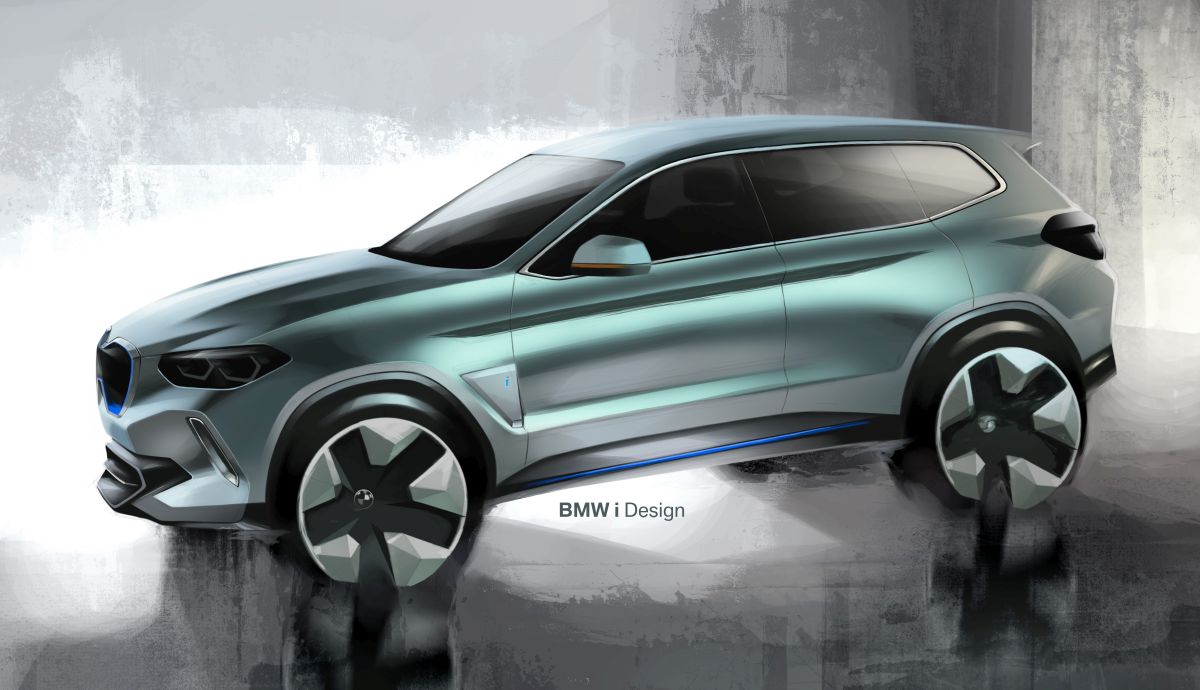 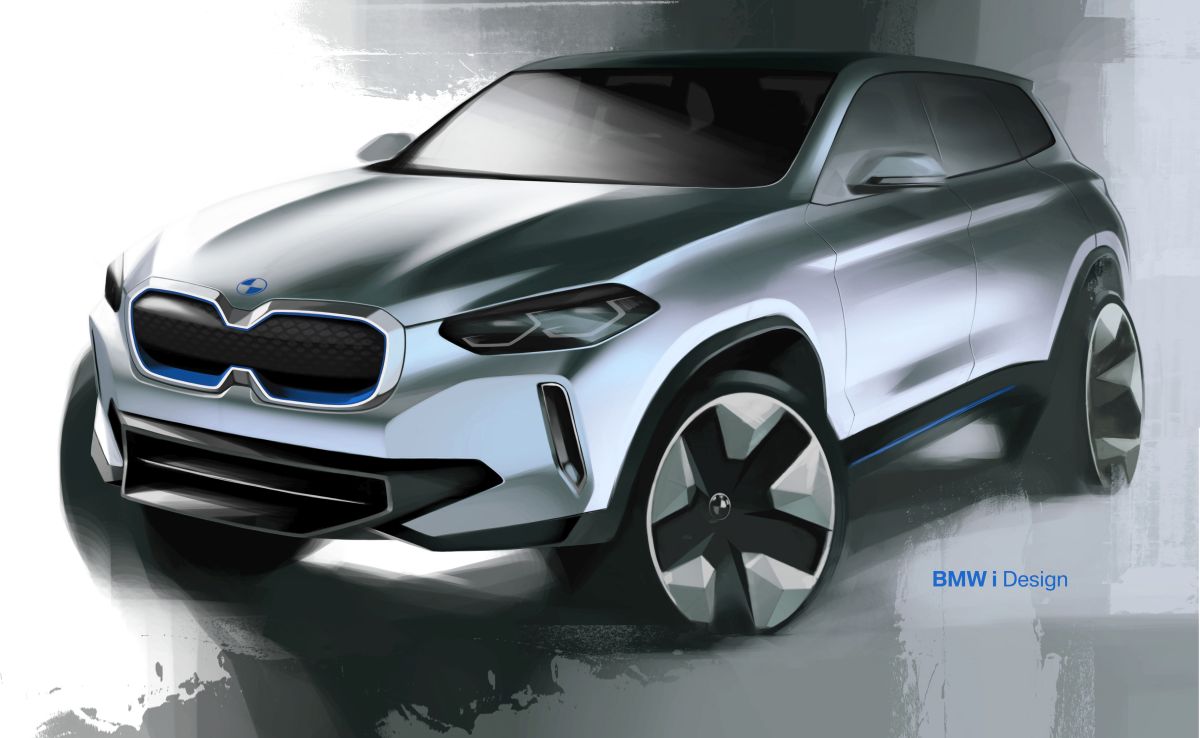 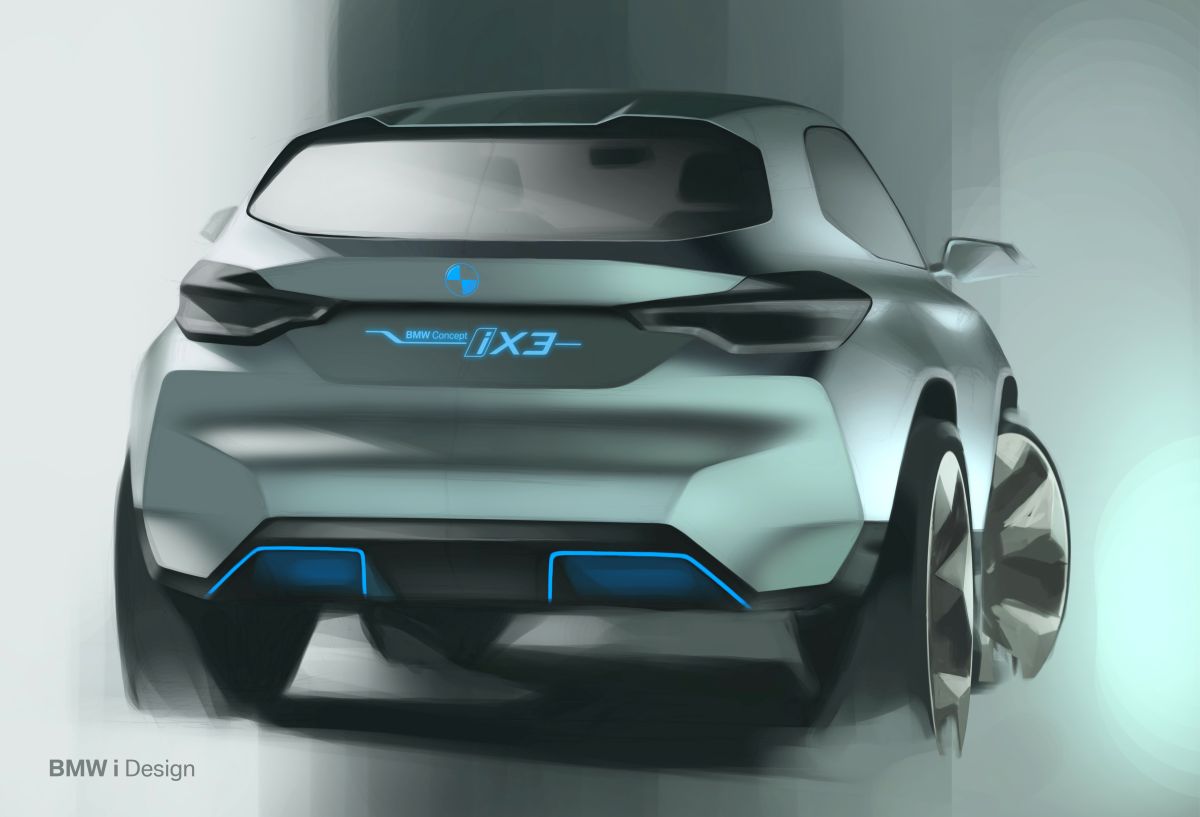 Electric mobility arrives at the core of BMW.

Munich. The BMW Group is pushing ahead with its electrification strategy by extending the reach of its all-electric mobility offering to the company’s core brands. The BMW Concept iX3 – presented for the first time at the Auto China 2018 show in Beijing – offers a look ahead to the expansion of the model line-up in this area. The first model from the BMW brand to be driven purely by electric power will be a fully-fledged Sports Activity Vehicle (SAV) – and without compromises when it comes to functionality and comfort.

The BMW Concept iX3 underscores the BMW Group’s resolve to further strengthen its leading position in the field of electric mobility. The expansion of the company’s range of vehicles offering locally emission-free mobility is one of the central spheres of activity defined by the Automated, Connected, Electrified and Services (ACES) technological fields, on which the company is driving forward the transformation of the mobility sector as part of its NUMBER ONE > NEXT strategy.

The expansion of locally emission-free mobility vehicles is one of the key areas of centralized action, alongside with automated driving, high-end connectivity and new digital services, which are driving the company’s transformation of the mobility industry as part of the NUMBER ONE> NEXT strategy. Under the generic term "iNext", and as an enabler for the entire BMW Group, the future-model-kit is now being developed, in which the BMW Concept iX3 is playing a key role.

Among the innovations showcased in the BMW Concept iX3 is the fifth generation of BMW eDrive technology. A key benefit of this electric drive technology of the future is the grouping together of the electric motor, transmission and power electronics within a new, separate electric drive component. Plus, the fifth-generation electric drive system also includes new and more powerful batteries. This fresh package of technology brings considerable advances in terms of performance characteristics, operating range, weight, packaging space and flexibility – and will be making its debut in the purely electrically-driven SAV.

The unparalleled technological expertise of BMW i has also played a prominent role in the development of the fifth-generation electric drive system, providing further evidence of BMW i as a nerve centre for sustainable mobility. The transfer of the drive system technology originally developed for BMW i cars into vehicles from the BMW Group’s core brands is entering a new dimension here.

Fully electrified vehicles of the core brand will in future bear a BMW i brand logo. This is visible in the concept vehicle both in the side and in the rear. BMW eDrive technology today already is part of the plug-in hybrid drive system employed by the BMW iPerformance models and MINI Cooper S E Countryman ALL4. In the BMW Concept iX3, the next, highly integrated development stage of this technology delivers all-electric mobility. The future series-production version of the electrically powered SAV will therefore also benefit from the technological basis underpinning the powertrain of the BMW iNext, due to be presented in 2021.

With the world premiere of the BMW Concept iX3, the BMW Group is opening a new chapter in its electrification strategy. The future will see the company’s flexible, further developed vehicle architectures accommodating all types of front-wheel, rear-wheel and all-wheel drive. This will pave the way for models from all the company’s brands to be equipped with different drive system variants. And that means a pure combustion engine, plug-in hybrid drive system or battery-electric solution can be integrated into any model, as desired.

The launch of the fifth-generation electric drive system technology once again makes integration into different vehicle architectures significantly easier. The individual components of this new BMW eDrive technology stand out with their lower weight, scalability and extremely compact construction. Added to which, they fit into a flexible modular design structure and can therefore be utilised in a variety of different ways. BMW’s approach to highly integrated electric drive system technology can in future be applied to a large number of different models.

In order to exploit this potential, the vehicle architectures of current and future models from all the company’s brands will allow for the integration of different drive system variants. In this way, the BMW Group will be able to meet the ever increasing need for electrified vehicles with a wealth of different variants tailored to meet specific demand. The BMW X3, on which the concept vehicle is based, is one of the first models whose architecture demonstrates this flexibility. In addition, the BMW Concept iX3 features a specially developed rear axle subframe and specific chassis integration.

The fifth-generation BMW eDrive technology is distinguished by its extremely compact design. The electric motor, transmission and power electronics are now grouped into a single component, making it much easier to integrate them into different vehicle architectures. Plus, their modular construction enables them to be adapted to the performance levels required and the available space. Another notable element is that the electric motor does not need any rare earths, which means the BMW Group is not dependent on their availability.

The modular design approach has also been further optimised in the development of the next-generation high-voltage battery. The experience amassed by BMW i and the company’s established expertise in the areas of cell technology and cell design have been rigorously applied to further enhance the performance, energy content, charging capability and durability of the battery. Moreover, production of battery cell prototypes enables full analysis and understanding of the value creation processes for the cells and prepares potential suppliers for cell production according to specific requirements.

Like the vehicle architectures and eDrive technology of the future, the BMW Group’s international production network is also set up to provide a high level of flexibility – in this case for the production of models with electric drive systems. Indeed, electrified vehicles are already rolling off assembly lines at ten BMW Group locations around the world. The eDrive components for these vehicles are supplied by production facilities in Dingolfing (Germany), Shenyang (China) and Spartanburg in the US. BMW Group Plant Dingolfing plays a leading role here as the network’s centre of expertise for electric drive systems.

The BMW Brilliance Automotive joint venture will produce the future series-production version of the BMW Concept iX3 in Shenyang, China.

The BMW Concept iX3 previews the fusion of the multi-faceted driving pleasure for which BMW X models are renowned and a locally emission-free drive system. The version of the fifth-generation electric motor developed for the SAV generates maximum output of over 200 kW/270 hp.  The likewise model-specific high-voltage battery has a net capacity of over 70 kWh, which is enough to give the electric SAV a range of more than 400 kilometres (249 miles) in the WLTP cycle.

Another feature of the high-voltage battery developed for the fifth generation of eDrive technology is its optimised charging capability. The energy storage system has a newly developed Charging Control Unit and is designed to be hooked up to fast-charging stations generating up to 150 kW. The high-voltage battery can be charged in just 30 minutes from one of these stations.

Identifying features of the BMW Concept iX3 include a closed-off BMW kidney grille with familiar BMW i car graphic, BMW i Blue accents around the kidney, around the brand logo at the front and along the side skirts, and a diffuser element in the same colour integrated in the rear apron. These styling cues provide a striking contrast against the Moonstone Silver matt exterior paint finish. The concept study is also fitted with light-alloy wheels in an aerodynamically optimised design.

Alongside the world premiere of the BMW Concept iX3 and the BMW i Vision Dynamics study also on display in Beijing, the BMW Group is also highlighting the spectrum of design differentiation between the BMW and BMW i brands. The styling of the BMW i Vision Dynamics is characterised by the pioneering design language developed exclusively for BMW i models. The signature looks of BMW i cars will also mark out future models from the brand. This study of a first all-electric model from BMW is clearly defined by the robust and sophisticated all-round character of an SAV, which remains unaffected by the presence of a locally emission-free drive system under the skin.

The electric drive will be visible through the design elements from the BMW i design language in the exterior design mentioned above.